The world's happiest nations, in one map

Share All sharing options for: The world's happiest nations, in one map

North America and South America make up the world's happiest region, according to a new report from Gallup and Healthways.

The report looked at five elements of well-being: sense of purpose, social life, finances, community, and physical health. Respondents from 135 countries self-reported their satisfaction with these elements, and Gallup and Healthway then compiled the results into their well-being index. 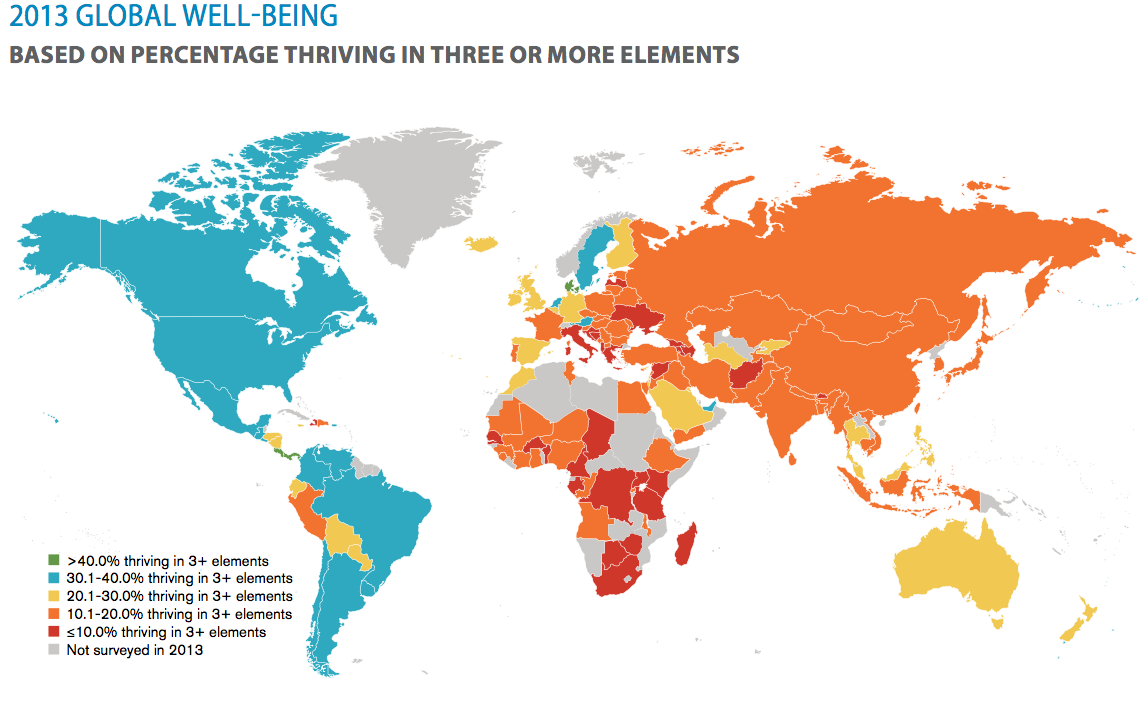 As the map shows, Gallup and Healthway's measures of well-being don't necessarily correlate with a country's wealth. The groups' breakdown of the data indicates that the largely poor Latin America, along with the relatively wealthy Europe, hosts some of the highest reported rates of thriving in different categories. More than three in five people in Panama, for instance, say they're thriving in three or more elements of well-being. Gallup and Healthways say this is thanks to Latin American countries' tendency "to focus on the positives in life."

In other words, optimism can go a long way, but it can't erase the crippling poverty many people in Latin America face today.