Only 9 percent of top bosses are women, but most millennial women aspire to be one

Share All sharing options for: Only 9 percent of top bosses are women, but most millennial women aspire to be one

American women have been making strides in the workplace and are more ambitious than ever, according to Pew Research Center data.

An analysis by Catalyst, a nonprofit aiming to expand opportunities for women in business, shows only 24 women hold CEO positions at Fortune 500 companies. Even though that's less than 5 percent, the number has actually significantly increased since 1995 — when a whopping zero percent of Fortune 500 CEOs were women. 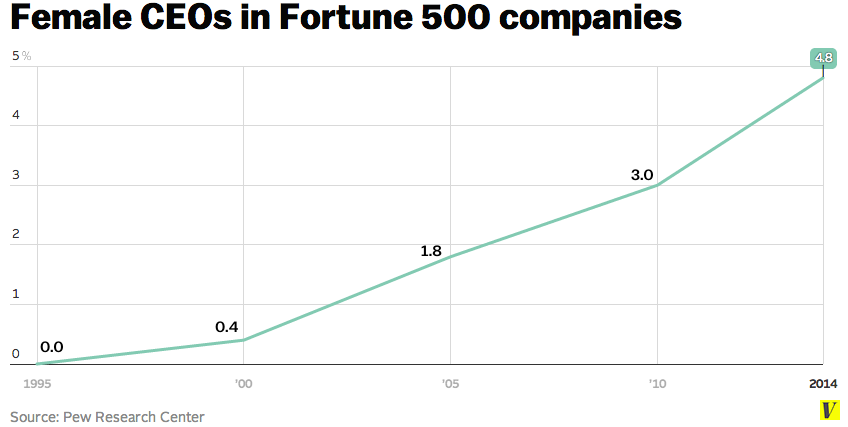 The number of people saying they would prefer a female boss rose from 16 percent in 1994 to 23 percent in 2013, while the percentage of people who preferred a male boss significantly fell from 48 percent nearly a decade ago to 35 percent. 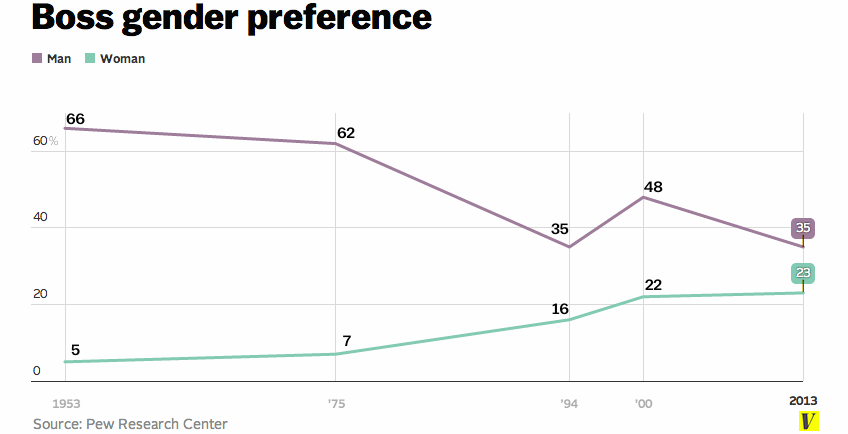 Millennial woman are much more likely to want that top spot: 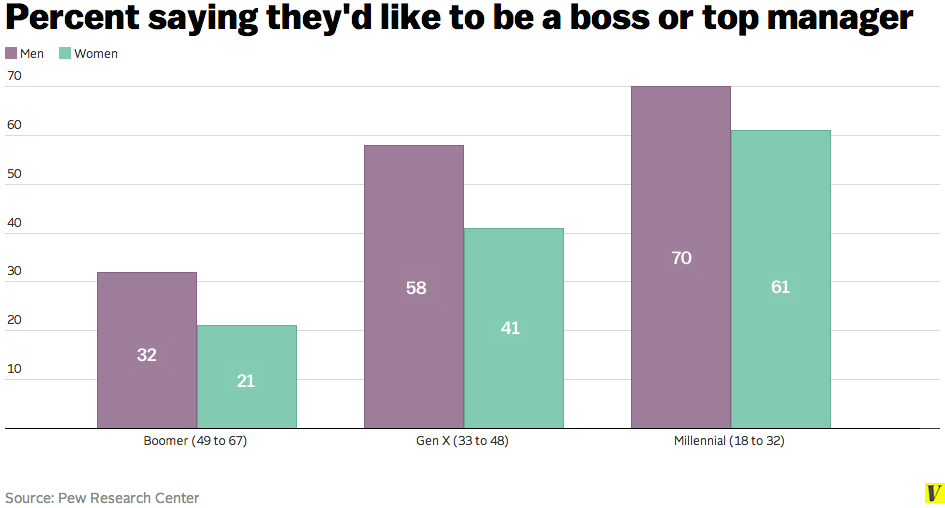 Less than 9 percent of all top management positions are held by women, but based on these numbers, that won't be the case for very long. It looks like more and more millennial women are taking a page from Lauren Conrad's book.