Share All sharing options for: Map: America's marijuana capital may surprise you

Despite being the first two states to embrace marijuana legalization, Colorado and Washington are not the states with the highest percentages of marijuana users. The real marijuana capitals of America are Rhode Island and Alaska, according to the latest National Survey on Drug Use and Health.

Christopher Ingraham at the Washington Post's Wonkblog first pointed out the trend with his own map and chart. Statista combined the data, which is based on 2011 and 2012 surveys, in a map-chart hybrid: 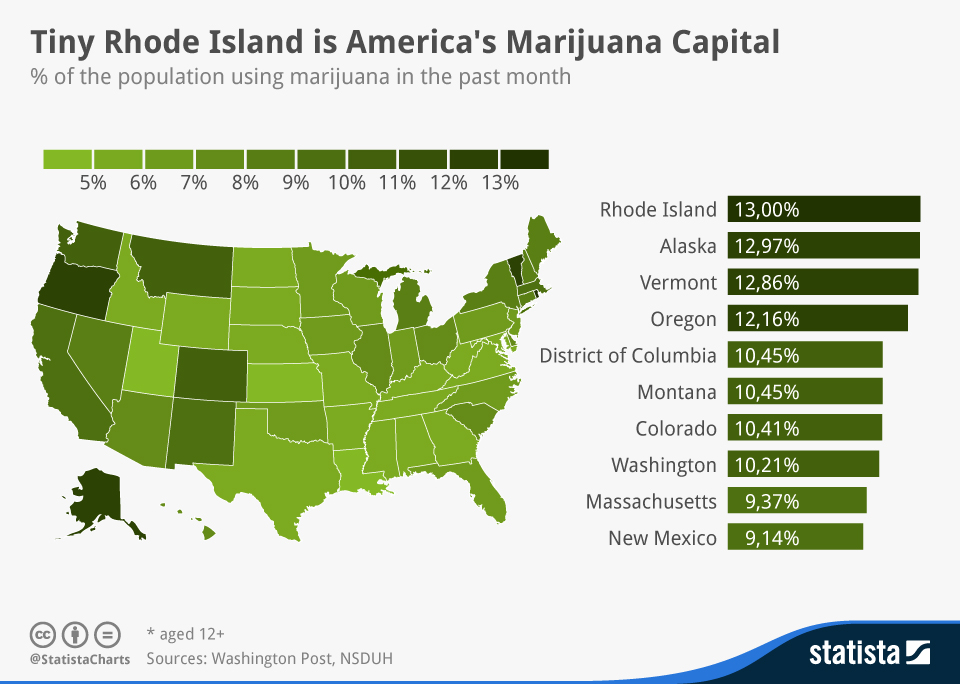 This map provides some insight into the next few states working toward marijuana legalization. The Marijuana Policy Project plans to lobby the Rhode Island and Vermont legislatures, among others, to approve legalization by 2017. Voters in Alaska, Oregon, and the District of Columbia will also consider legalization this year, and polls show the measures have a good chance of passing. Given the high population of stoners in all those states, legalization advocates seem to be focusing on the right targets.