Share All sharing options for: The 5 most bizarre findings of this weird poll on Americans’ ethics

This summer, 60 Minutes and Vanity Fair conducted a poll purporting to measure Americans' ethical views. But the poll asked some rather strange questions, and offered some offbeat possible responses for people to choose from — leading to some amusing results.

1) When can we lie to little kids? 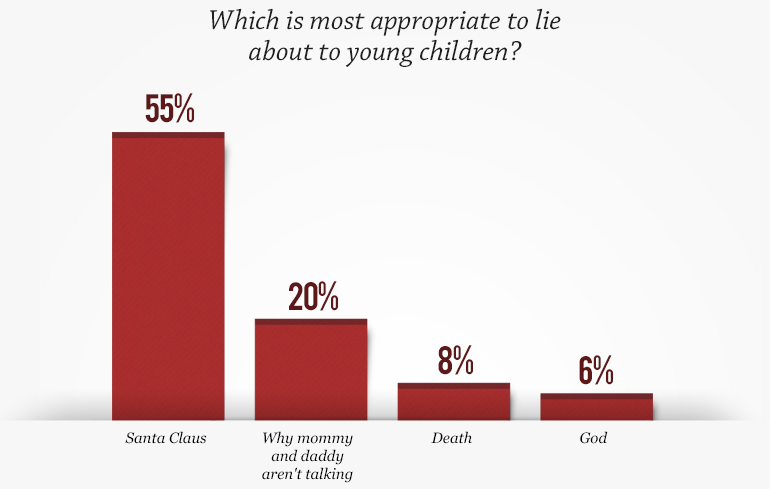 Unsurprisingly, Santa Claus tops the list of what Americans lie to children about. But things quickly start to get dark as "Why mommy and daddy aren't talking" comes in a strong second with 20 percent, and heavy topics like "death" and "God" bring up the rear.

2) Where did the US go most wrong? 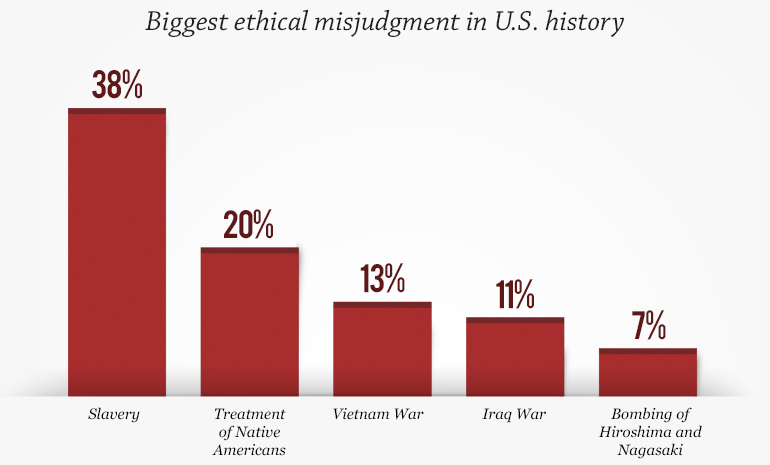 Though the US has been responsible for some pretty terrible things in the past, it's a bit strange to ask Americans to pit them against each other and decide which is the worst. But the poll found some interesting differences by age. "While slavery is the by far the top choice of Americans under 65," the poll writeup says, "it is third among those 65 and over (22%), edged out by the Vietnam War (24%) and the treatment of Native Americans (23%)."

The US public is staunchly opposed to the apparently widespread problem of supermarket express lane abuse, with a clear majority saying they think multiple pieces of the same fruit should count as multiple items. Strangely, though, 20 percent of respondents apparently think there should be different rules for different shoppers.

4) Which city do you think is ickiest? 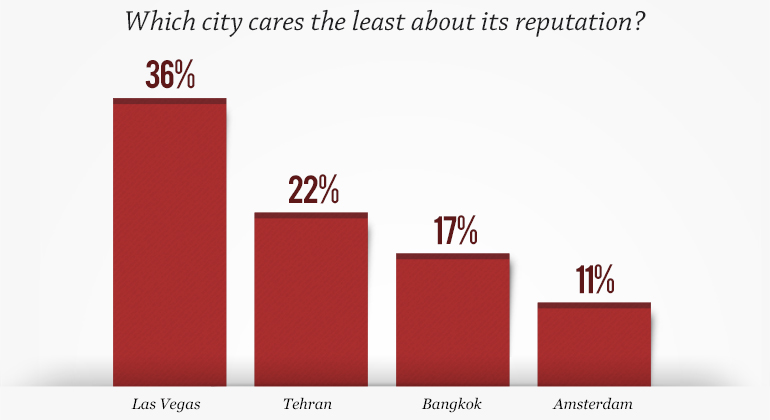 It's not really clear how this poll measures Americans' ethics at all. What it does seem to show is that Las Vegas's "What happens here, stays here" slogan has successfully convinced a plurality of Americans that the city cares very little about having an ethical reputation — and that whatever stereotypes respondents have about the ethics of Tehran, Bangkok, and Amsterdam pale in comparison. 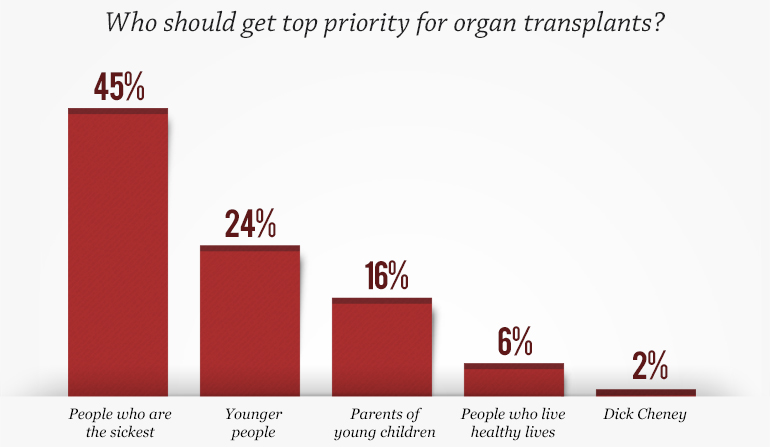 This result shows again that the real story here is the poll's author, who apparently decided to bait Americans by asking whether Dick Cheney should get special status on organ transplant lists. 98 percent of respondents didn't agree, though, and preferred to allocate organs to the sickest, the young, or to parents with little kids.