Share All sharing options for: Over a million Hispanics turned white between the 2000 and 2010 Census

Research from Carolyn Liebler, Sonya Rastogi, Leticia Fernandez, James Noon, and Sharon Ennis working with anonymized Census data shows that about 8 million Americans changed their race or Hispanic status between the 2000 Census and the 2010 Census. A lot of this is churn. Some people who identify as mixed race in one Census pick a single race in the next, and others go in the other direction.

But one interesting source of net flows is that in their panel of linked data about two million people switched from describing themselves as Hispanic members of "some other race" to being Hispanic members of the white race, while only about one million people switched in the other direction. These figures should be an undercount of what's in the total population, since not everyone is represented in their set of linked data. 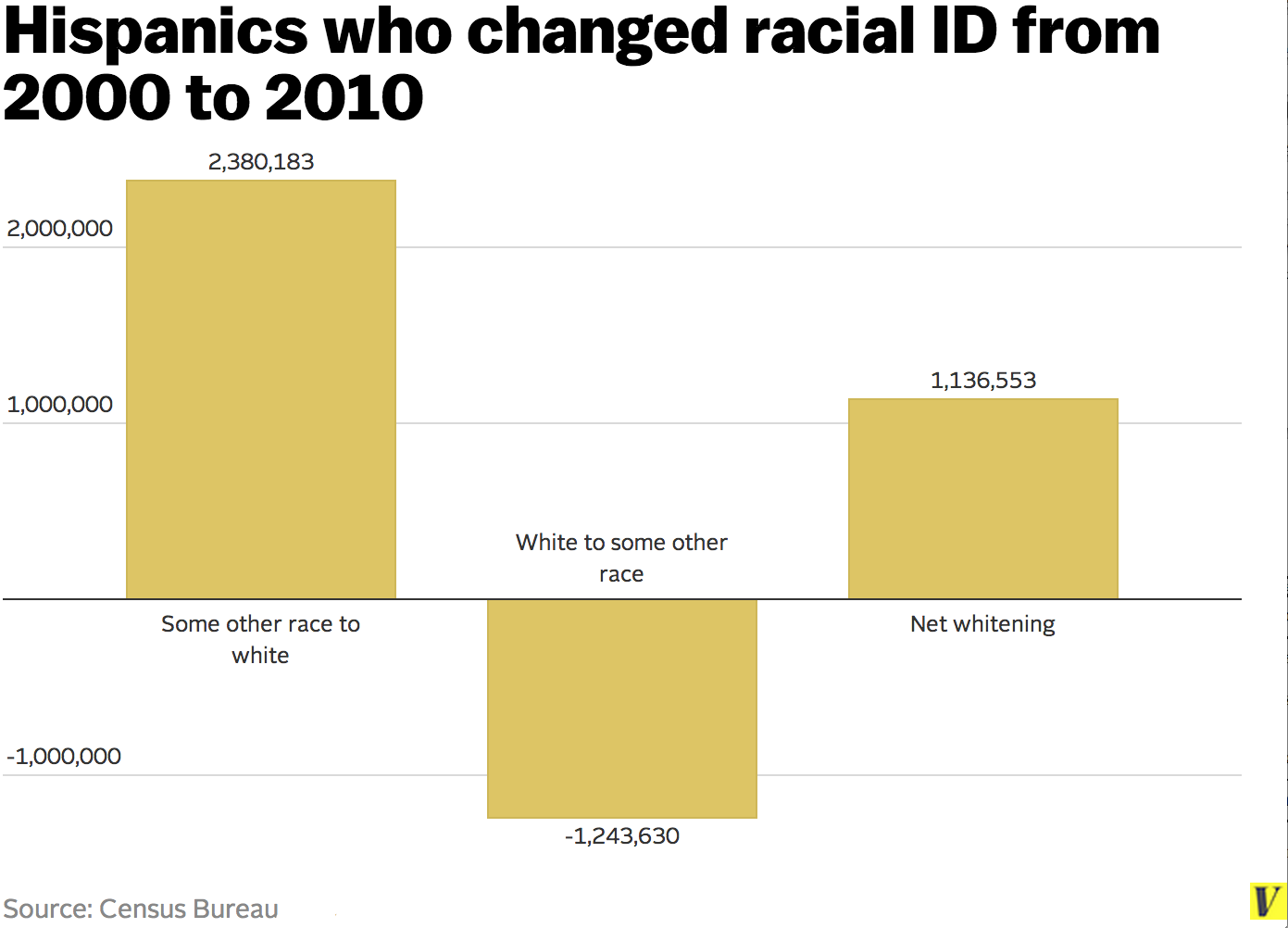 I spoke with several of the authors of this study before their data was finalized, and tried really hard to get them to speculate about the cause of this shift but they utterly refused to do anything irresponsible and go beyond what's in their paper. But this sort of thing has implications for projections about American becoming majority-minority and other such matters. Racial and ethnic identities are plastic and subject to change.