This map shows how your state ranks on internet speeds

Share All sharing options for: This map shows how your state ranks on internet speeds

States, even neighboring ones, can have wildly different average internet speeds, according to Akamai's "State of the Internet" report. Broadview Networks put the report's data together for this map: 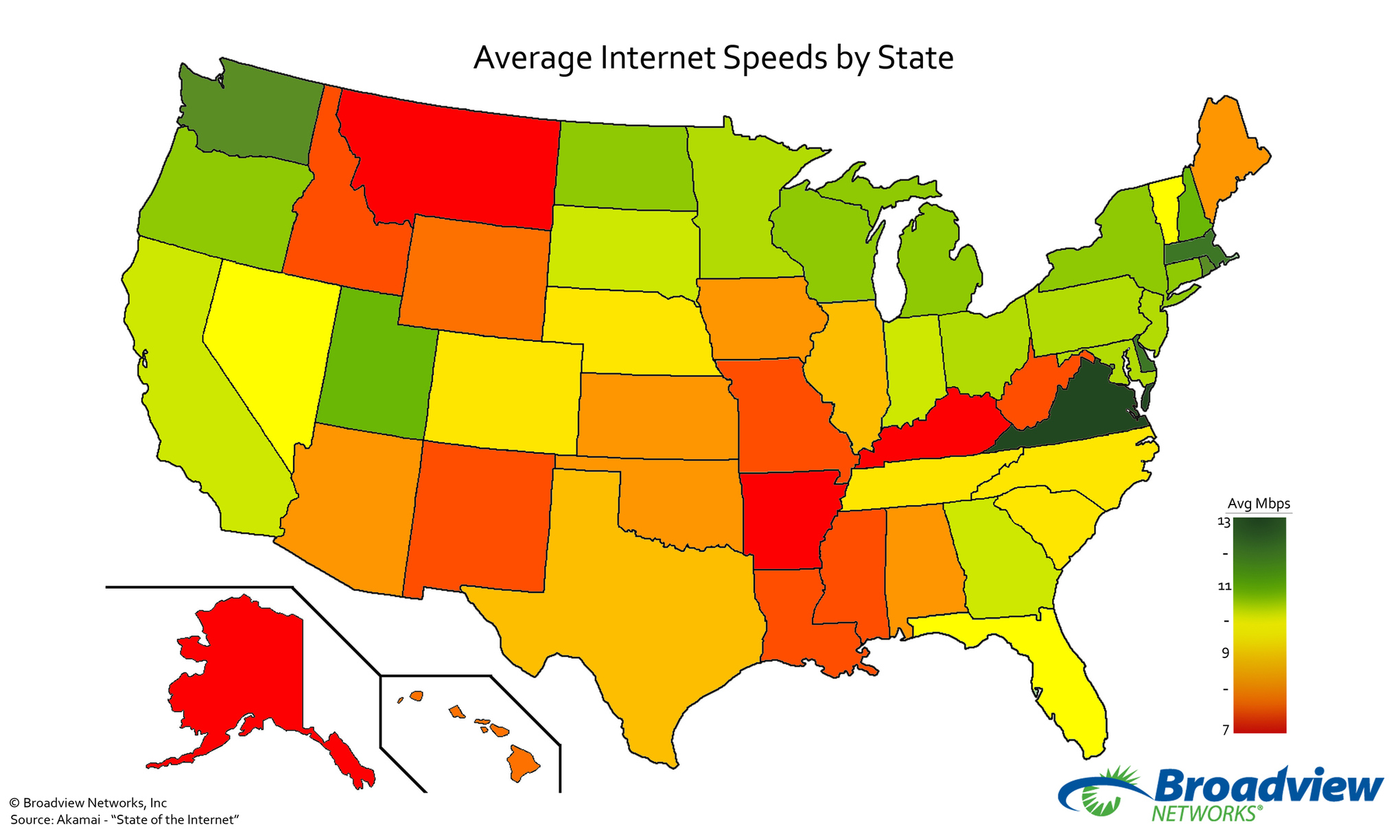 Some of the results aren't too surprising. Alaska, which is sparsely populated and isolated from the rest of the US, has pretty bad internet.

Some neighboring states can completely differ. Virginia, for example, has the best internet speeds in the nation (those high speeds are mostly concentrated in Northern Virginia, Richmond, and Tidewater), while neighboring Kentucky is just awful.

Unfortunately, even Virginia's numbers aren't very impressive compared to some places outside the US. According to Ookla, American internet ranks 26th in the world — far behind the likes of Hong Kong, Singapore, Romania, South Korea, the Netherlands, and others.