The world map of driving deaths

Share All sharing options for: The world map of driving deaths 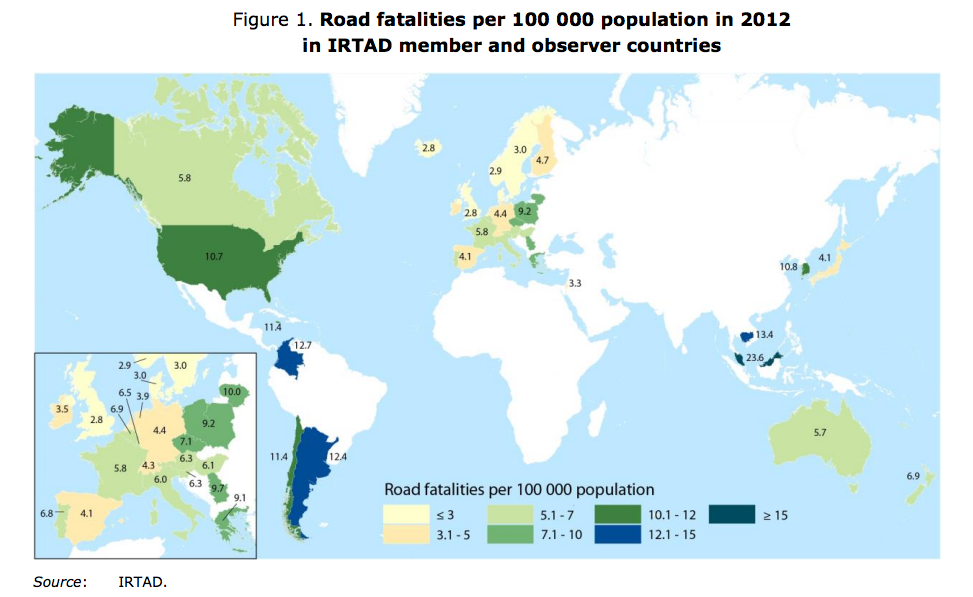 The US had more road deaths per capita than Canada, Japan, and Europe

A new report from the International Transport Forum finds that the United States had more road deaths per capita in 2012 than Canada, Australia, Japan, and all of the European nations that reported data.

Specifically, the US had 10.7 road deaths per 100,000 people. Canada and France both had 5.8. And the United Kingdom was down at 2.8. (The report explains that the per-person death rate is helpful for comparing deaths from various causes.)

One caveat, however: this metric doesn't account for how many miles people are driving. We'd expect countries that drive more to have a greater risk of accidents. And when looked at this way, the picture looks a little different: 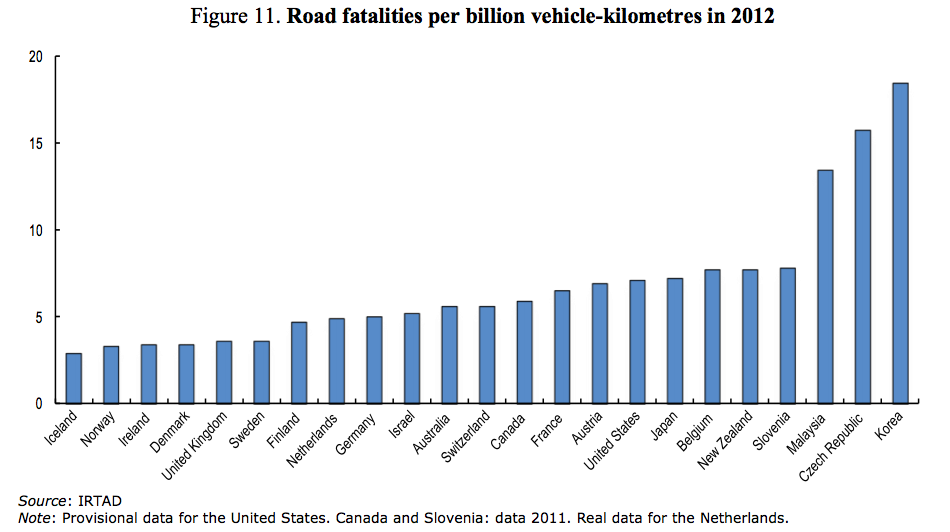 US road deaths are still fairly high on a per-mile basis — higher than in much of Western Europe. However, the United States does better on this metric than several countries — including Czech Republic and New Zealand — that have lower deaths per capita.

Further reading: For more on this, check out Angie Schmitt's story at Streetsblog USA, which called the report to my attention in the first place.