Share All sharing options for: The birth rate for unmarried women is at its lowest in nearly a decade

Births outside of marriage have been on a steady decline since 2008. And according to a new report from the Centers for Disease Control, 2013 marked the birth rate for unmarried women was the lowest the nation has seen in almost a decade. 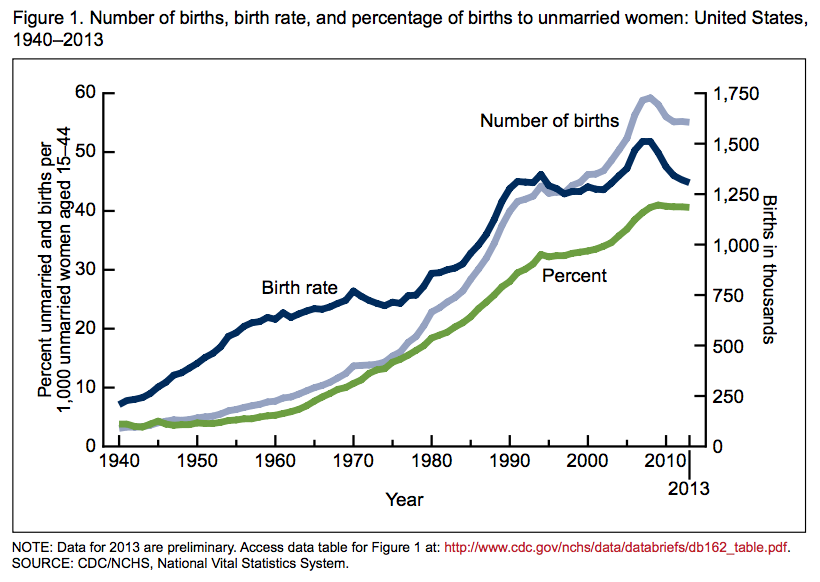 Teenage pregnancy has plummeted in recent years, but that's only part of the explanation for why births outside marriage are also falling.

Part of this may be related to women waiting longer to have children. Over the same time period, birth rates increased among women ages 35 to 44.

Increasingly, births outside of marriage are occurring among couples that live together. About 60 percent of births to unmarried women women between 2006 and 2010 were in cohabiting couples, compared to 41 percent in 2002, illustrated by the chart below. 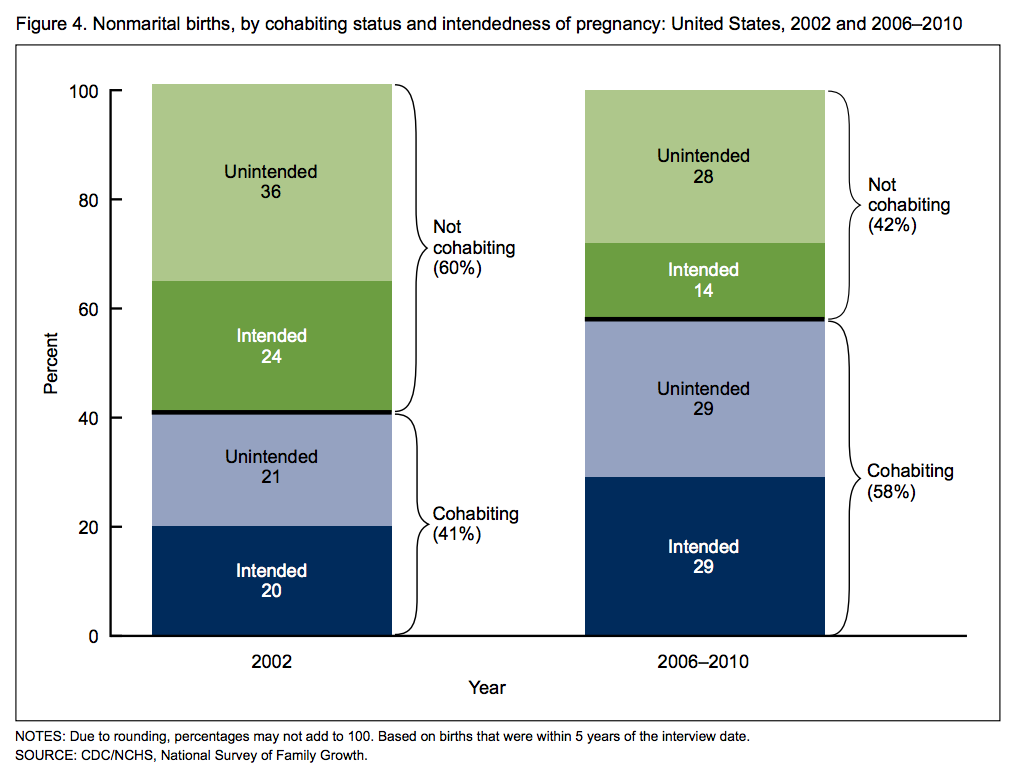 The authors write that "cohabiting unions tend to be less stable than marriages." However, they also find it encouraging that half of births to cohabiting couples are intended now. "This may suggest a higher level of social and financial support within a cohabiting union for the mother and her child."

The birth rate also declined among married women from 2007 to 2010, though at a slower clip than among their unmarried counterparts. Births started ticking back upward among wedded mothers in 2010.