Share All sharing options for: This stunning map shows tens of thousands of people have disappeared in Mexico since 2007

The protests in Mexico are often portrayed with a focus on the 43 students who went missing in the town of Iguala in September, but the protests are about much broader failures that make these kinds of disappearances all too common. On average, 54 people have been reported missing each week in Mexico since 2007, according to an analysis from the Telegraph.

This map, which the Telegraph created using government data, shows the locations of the country's more than 22,600 disappearances since 2007: 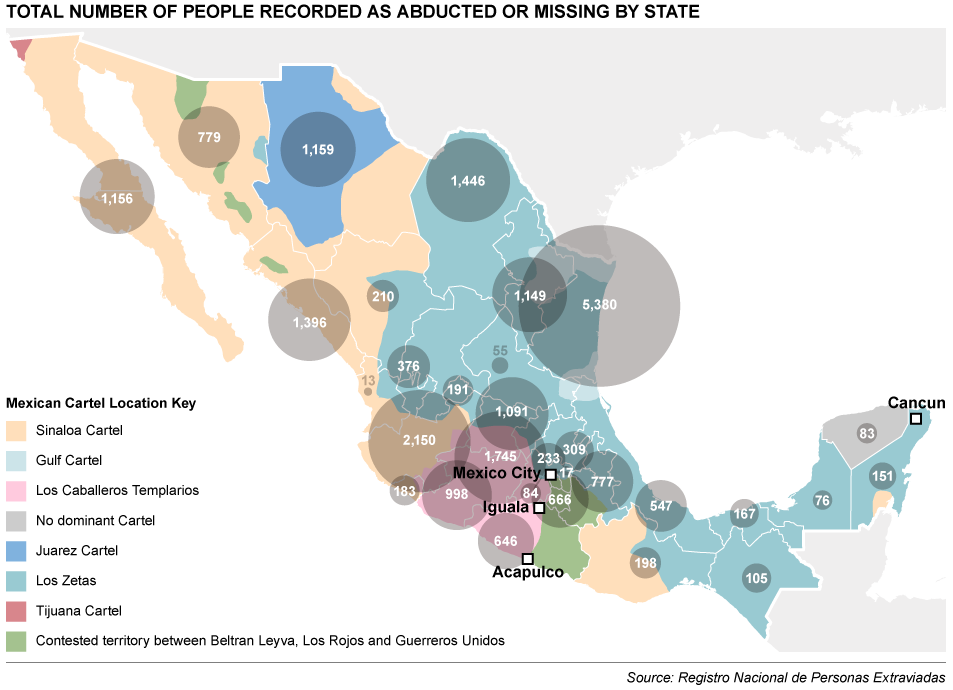 According to the data, the number of kidnappings has actually increased each year since Mexico stepped up its war on drugs in 2006. In 2007, 749 were reported missing. In 2014, the worst year for disappearances yet, the number has climbed to nearly 5,100.

Part of the problem is the drug crackdown may have made drug traffickers more violent, since it fractures larger organizations into smaller groups and eliminates drug cartel leadership with more experience. When international law enforcement sweeps in and hits cartels and their leadership, it "unleashes power struggles within an organization or amongst rivals," Sanho Tree of the Institute for Policy Studies said in November. "You end up with younger lieutenants who think with their testosterone more than their brains."

Even worse, it's likely the currently reported numbers are underestimates — since so many cases go unreported and local, state, and federal governments in Mexico may massage the numbers. A previous New York Times report found Mexican officials likely undercount drug-related deaths.