A new poll suggests that video footage can have a powerful effect on how the public thinks about police shootings and killings. 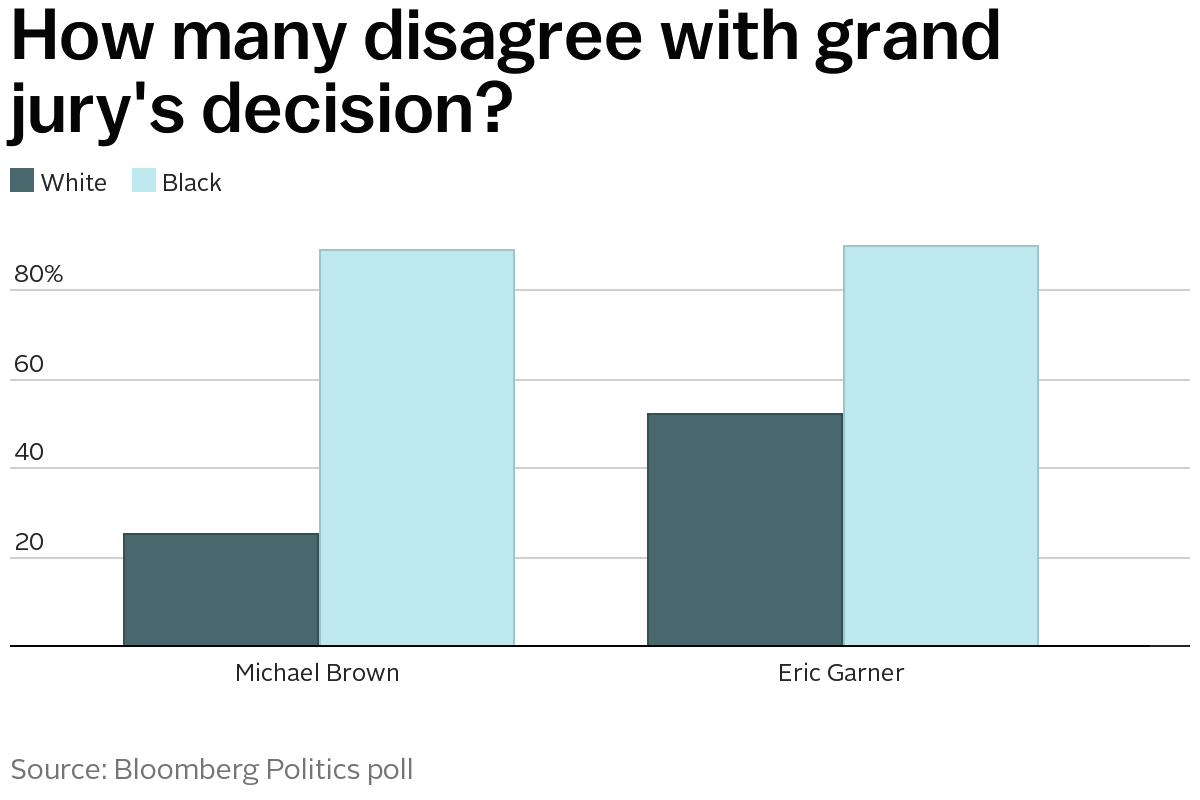 One of the major differences between the two cases is that Garner's death was filmed, leaving much less of the event open to interpretation. The Brown shooting in Ferguson, Missouri, wasn't caught on camera, so what's known about the shooting is largely based on conflicting eyewitness testimony.

The difference in public opinion shows why police-worn body cameras could still serve a public good even if grand juries sided with police in both the Brown and Garner cases. Video footage may not always force a police officer to stand trial for his actions, but it can shape public opinion and raise awareness about serious flaws in the criminal justice system.