As the housing market recovers from the massive crash in 2007, not everyone is feeling the gains. An analysis from the Bing Bai and Taz George of the Urban Institute found that the number of mortgages taken out by white Americans dropped by 48.2 percent between 2005 and 2013, but they fell even more — by 73 percent — for black and Hispanic Americans.

The racial disparities are even worse in some parts of the country. Bai and George mapped the five metro areas with the biggest discrepancies between white and minority Americans taking out mortgages. The differences — even in Detroit-Warren-Dearborn, Michigan, No. 5 on the list — are very obvious with just a quick glance at the maps, which show new mortgages being taken out with dots. Look at how many yellow and pink dots disappeared, compared to blue dots, in the Detroit area between 2005 and 2013: 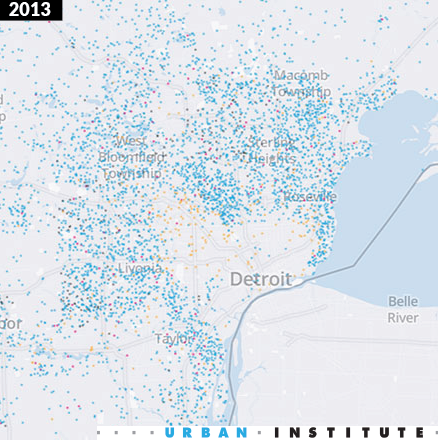 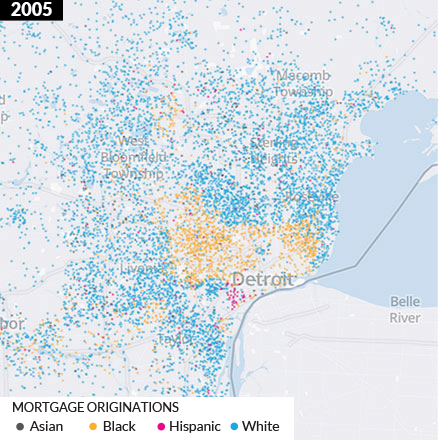