Skip to main content
Support our journalism Millions of readers rely on Vox’s free explanatory journalism to understand and navigate the coronavirus crisis. Support our work with a contribution now.

Why your pet is acting like a weirdo during quarantine, explained by animal behaviorists

The psychology behind your dog or cat’s new eating habits, constant whining, or extra-loud purring.

Share All sharing options for: Why your pet is acting like a weirdo during quarantine, explained by animal behaviorists 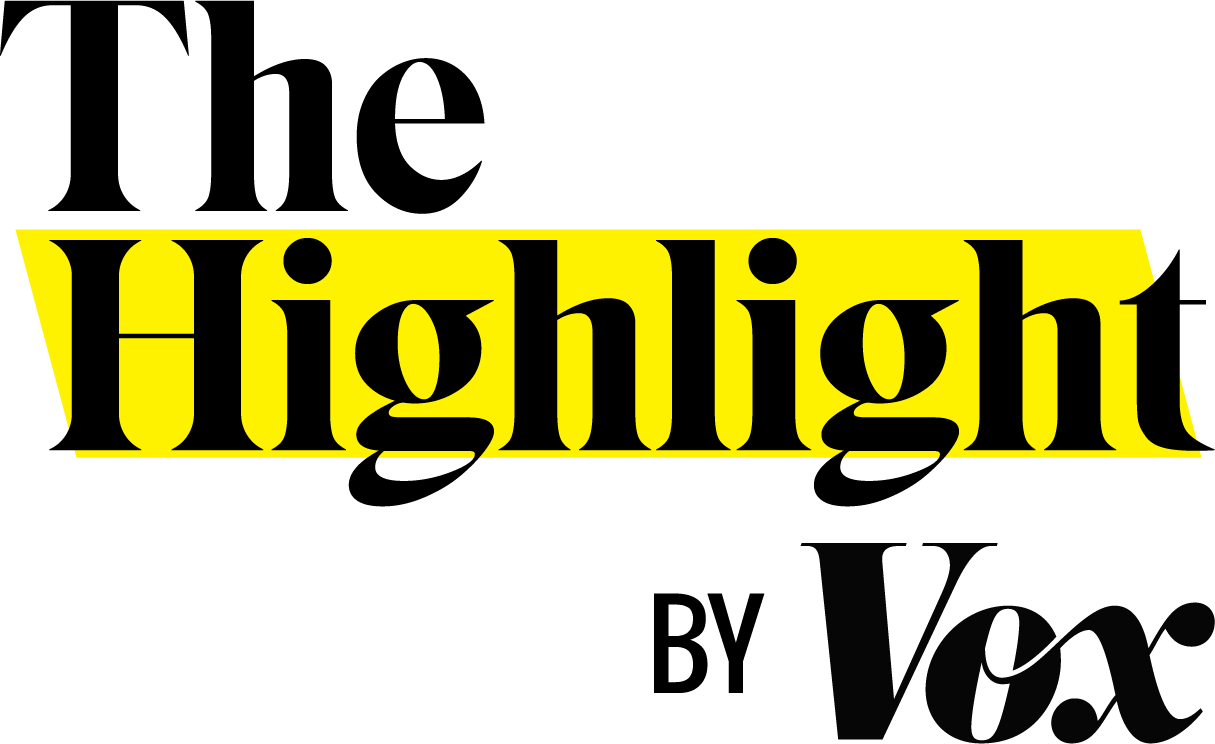 When Theo Savini, a human resources assistant in Chicago, started working from home last month, he began noticing a pattern: His dog Zelda — a corgi and English bulldog mix — would lie on his lap all day as he cycled through meetings. But the instant he stood up to use the bathroom, Zelda would start whining and scratching at the door as though he’d disappeared for hours.

Since Illinois issued its stay-at-home order on March 21, Zelda also can’t seem to get enough of the outdoors. Even after a 30- to 40-minute walk, she acts as though it never happened. “As soon as we get in, she runs right back to the door as if she wants to go out again,” Savini says.

Savini is spending too much time working? Whine. Her usual meal isn’t satisfying enough? Whine. When they go out for walks, she fights against the leash. And while she used to be frightened of heights — you’d be hard-pressed to find her so much as jumping off Savini’s bed — now, Zelda leaps onto the oversize trampoline in the backyard.

Across the globe, as the quarantine period advised by public health experts to fight the spread of the coronavirus stretches from weeks into nearly two months for some, pet owners are reporting that their furry companions are leaving old habits in the dust. Some pets are growing clingy. Others are pouncing on exercise equipment, gliding across countertops, or hiding in corners and shooting their owners concerned stares.

Shannon Shoaf, a writer in Clearwater, Florida, says her male cat has started running into walls and bouncing off them — something he had never done before. All four of her cats have begun hissing and growling, and even their purring seems louder than usual.

Ramona Misilei, a student in New Zealand, tells Vox that her cat, named Catia, used to spend all of her time in the backyard. Now Catia barely goes out, instead opting to smother with affection the family members she had long chosen to ignore, even Ramona’s 6-month-old cousin. “In the four years since we adopted her, this is the first time she has behaved like this,” Misilei says.

In Italy, where people have remained under lockdown since late February or early March, pets are also reportedly struggling with their new routines. One woman told Politico that she and her husband normally travel often, so the switch to a permanent homebound life has alarmed her dog. “He hasn’t really gotten over it and still spends much of the day on the sofa giving us suspicious looks,” she said. Another pet owner said that her cat tackles her yoga mat whenever she tries to do burpees.

This isn’t the first time that pets have weathered a pandemic lockdown. During the 1918 Spanish flu pandemic, pet owners put face masks on their cats and dogs, a physical representation that pets were struggling with the outbreak just as much as people were. “She has made the best of it in good spirit, as we all have,” one pet owner who masked a 5-year-old bulldog told the Seattle Star in 1918.

A century later, we aren’t exactly masking our German shepherds or Scottish folds, but that doesn’t mean they aren’t affected. “Just like people, pets can respond with a wide variability to any change,” says M. Leanne Lilly, a professor of veterinary behavioral medicine at Ohio State University. Some pets, Lilly says, are reveling in the constant attention that comes with their owners being marooned at home. Some don’t seem to have any idea that their owners’ routines have changed — or if they do, they don’t care. But still others are finding the sudden disruption to be a stressful experience.

Their owners being at home 24/7 “does increase the number of opportunities for interactions a pet may not feel comfortable with,” Lilly says. At least for dogs, the sudden spike in foot traffic outside their homes as people walk their pets more frequently is raising their alarms that an intruder is coming: “Everyone being out with their dogs can make dogs feel much less safe in their homes.”

It’s too soon to tell what these reported new behaviors mean, if anything. One possibility is that because people with nonessential jobs are at home more, they’re finally noticing strange patterns of behavior in their pets that always existed, says Zenithson Ng, a professor of animal clinical sciences at the University of Tennessee. But animal cognition research does offer some potential guidance. Although it’s unknown yet the extent to which quarantine is triggering pet anxieties, a potential culprit of these sudden changes is what veterinary scientists call “displacement behaviors.”

Displacement behaviors are the tics that pets adopt to cope with new stressors. “In dogs and cats, these may present as mounting, pacing, vocalizing, scratching, or patterned behaviors like spinning,” says Lilly. “Just like we may play with our hair, pace in a circle, or chew our fingernails.”

Think of when dogs shake their fur like they’re trying to dry themselves off, even when they’re totally dry. Overgrooming is also a common displacement behavior, and so is paw lifting or repeated “jumping at objects, grabbing them and shaking.” In birds, displacement behaviors manifest in speaking more or striking crouching postures. Young horses, meanwhile, might gum at an adult horse with their mouths when they’re anxious.

One displacement behavior — yawning — turns up in cats, dogs, reptiles, and birds under duress. Several studies have concluded that humans, too, yawn more often when they’re nervous, although the reason why is a bit opaque. One leading theory is that yawning increases blood circulation, funneling air into the body and cooling the brain ever so slightly.

Displacement behaviors, however, raise the question: Why would animals be stressed at all? Yeah, they’re living in a pandemic — but they don’t know it.

To be sure, plenty of pets are reveling in the onslaught of human attention. “I actually think that most pets benefit from work-at-home orders, because they get to enjoy the extended company of their owners,” says Ng.

That goes for pets of all stripes: While we might stereotype dogs as the primary attention seekers, research from last year concluded that even most cats — paragons of social distancing in normal times — enjoyed human interaction more than all other tested stimuli, including food and toys.

But there are many reasons a separate cross-section of pets might become anxious under this extended quarantine. Disrupted routines are one; the same way quarantine is messing with human psychology, trickling into our dreams, our pets are also reeling from the sudden disruptions to their at-home schedules. Vets are recommending that pet owners try to maintain consistent feeding times to give pets as much structure as possible. Other contributors are different walk schedules and a sudden lack of personal space at home. Even pets that adore attention might need some distance from time to time.

“It’s really important that as owners we try to stick to ‘business as usual’ when it comes to the daily routines our pets are used to, and to ensure that they still have quiet, undisturbed places they can go throughout the day,” says Lauren Finka, a cat behavior researcher at Nottingham Trent University in England. “Their normal routine will be disrupted, which can cause anxiety because their sense of predictability and control may be challenged.”

Pets might also be internalizing some of the anxious signals their owners — concerned about their health, their jobs, their loved ones, their rent payments — are broadcasting. According to a paper published in January from Fabricio Carballo, an animal cognition researcher at the University of El Salvador, dogs experience higher levels of anxiety when their owners are reeling from stress, a process called “emotional contagion.” A 2019 study in the UK found a similar pattern in cats: When you’re stressed out, cats will pick up on it.

Pets might also be internalizing some of the anxious signals that their owners — concerned about their health, their jobs, their loved ones, their rent payments — are broadcasting

What all this means is that we humans might be part of the problem. “It is possible that owners are the ones behaving strangely, and their dogs are trying to adapt,” says Carballo. They “may be bored and ask their pets to perform new tricks, pushing them to behave strangely.”

If the internet is any indication, there’s plenty of evidence to back that theory up. TikTokers are turning their dogs into makeup influencers. Other internet users are remixing famous paintings with their pets as models — maybe none more successfully than the Dog With(out) A Pearl Earring or this gerbil-size art gallery. Very little about this moment can pass for normal.

“With owners working at home, the relationship and dynamic can certainly change. Perhaps there are more walks, more cuddles, and more overall attention,” says Ng.

But Ng’s biggest concerns center on what happens when the lockdown eases. For pets with separation anxiety, the transition out of a routine where their owners are home 24/7 and into one where pets may again be alone for long stretches won’t be easy. “We might recommend making it a smoother transition by gradually increasing the time away from home,” he says. “Also being sure to make more visits home or having a pet sitter come more frequently throughout the day may help.”

Humans are not the only ones attuned to the widespread societal shifts brought by the pandemic. As we look ahead to a gradual return to some aspects of regular life, we shouldn’t forget that our choices may have psychological effects on our pets. For the most anxious pets, another sudden rewrite of their routines could just fuel those bouts of whining at the bathroom door.

Michael Waters is a writer covering the oddities of politics and economics. His work has appeared in the Atlantic, Gizmodo, BuzzFeed, and the Outline.

Every day at Vox, we aim to answer your most important questions and provide you, and our audience around the world, with information that has the power to save lives. Our mission has never been more vital than it is in this moment: to empower you through understanding. Vox’s work is reaching more people than ever, but our distinctive brand of explanatory journalism takes resources — particularly during a pandemic and an economic downturn. Your financial contribution will not constitute a donation, but it will enable our staff to continue to offer free articles, videos, and podcasts at the quality and volume that this moment requires. Please consider making a contribution to Vox today.

The US almost tore itself apart to get to 50 states. Can DC make it 51?

The stark loneliness of digital togetherness

View all stories in The Highlight