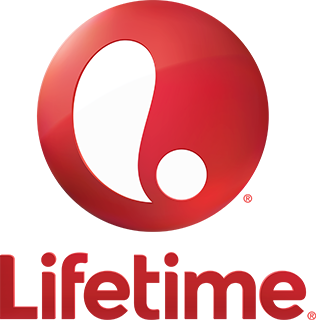 This feature was produced in collaboration between Vox Creative and Lifetime. Vox Media editorial staff was not involved in the creation or production of this content.

Linda Kasabian grew up poor, in a broken home. But she never lost faith that there was something out there for her.

It was the 1960s, when a lot of people believed there was something out there for them. So she went looking for something more — spirituality, connection, safety. Instead, she fell under the seductive powers of Charles Manson. Manson, the infamous cult leader, led his followers — the "Manson Family" — to commit nine horrific murders in the summer of 1969. And Linda Kasabian — an earnest seeker — was one of those followers.

But within the Manson Family, Kasabian resisted. And after committing the crimes, she escaped, later turning herself in and becoming the prosecution’s star witness. "It’s a tragedy to Linda Kasabian that she got involved with the wrong group of people, and this has haunted her for the rest of her entire life," Vincent Bugliosi, who prosecuted the case, says in the 2009 movie Manson. "But believe me, she was not cut out of the same cloth as the Manson Family codefendants. She was different, she was more like a flower child, a real hippie, not a murderer."

Linda’s early life was tough. Born Linda Drouin, she grew up in Maine and New Hampshire, a constant witness to her parents’ battles. Her father beat her mother and eventually abandoned the family. Her stepfather beat her mother worse. "Linda had problems, but when she came to me to talk about them, I didn’t give her much time," her mother once told a reporter. "I had five younger children to raise." Though she was a good student, she was adrift at school, never seeming quite with it.

At 16, Kasabian dropped out of school to marry a boy, then she divorced him a year later. She later met Robert Kasabian in Boston and, when she was 17, the two married and headed west to Venice, California.

They had a daughter, but Robert kept leaving to travel, and Linda felt rejected. That’s when her friend Catherine Share invited her to move to Spahn Ranch, the Manson Family’s home outside Los Angeles. "I immediately decided to go with her," Linda told the makers of Manson. "There was no second thought. When I left I was searching for love and freedom. I was searching for God."

She sought out Manson on her second day at the ranch, and immediately saw in him what others saw, a powerfully charismatic and magnetic man. Kasabian slept with Manson that second night. He told her she had a "father hang-up," an insight she found impressive. She felt like someone understood her.

During a failed robbery in late July, Manson instructed his followers to kill an associate. That’s when this father figure realized he could get his followers to do much, much worse. He planned the murder of the people who lived at 10050 Cielo Drive, in Los Angeles, then home of the actress Sharon Tate. One night, he gave Kasabian and three other followers speed and sent them to the house. Kasabian thought they were on their way to a burglary.

At the house, one Family member shot and killed a friend of the groundskeeper, who happened to be driving by. Kasabian went numb, she has said. She was then instructed to keep watch as the others entered the house. One came back out and asked for Kasabian’s knife.

"Please make it stop," Kasabian told her. She said that she heard people coming.

The next night Manson sent Family members to kill again. First, he dropped some off at a randomly chosen house to kill the two people inside. He took the others to the home of an actor friend of Kasabian’s. When he told her to go inside and slit his throat, she said she couldn’t do it.

He sent her inside, anyway. In the building, she purposely knocked on the wrong apartment door, then merely apologized and walked away when a stranger answered. Kasabian realized she needed to escape.

Days later, Manson sent Kasabian to visit a Family member in prison. That’s when she fled and went into hiding in New Mexico. When the ranch was raided by police, and the children were taken into custody, Kasabian was able to reclaim her daughter.

In December, she, Manson, and four other members were indicted for the murders. Kasabian offered her full testimony and in exchange received immunity. In her first day at trial, she was shown crime scene photos. "I don’t have to look at the pictures," she said. "It’s in my head."

After her 18 days on the stand, the others were convicted. Kasabian was 21, and the mother of two — a son had been conceived at the ranch. "I’d like to go into the wilderness with my children and get down to nature and closer to God," she said at a press conference.

"I could never accept the fact that I was not punished for my involvement in this tragedy," she says in Manson. "I feel then what I feel now, always, and forever: that it was a waste, it was a waste of life that had no reason, to rhyme, it was wrong, and it hurt a lot of people. Still now today, always and forever." She’s still searching.

This feature was produced in collaboration between Vox Creative and Lifetime. Vox Media editorial staff was not involved in the creation or production of this content.