This is the very fattest bear in Katmai National Park

Share All sharing options for: This is the very fattest bear in Katmai National Park

Katmai National Park & Preserve in Alaska wanted the public to weigh in on a very important question: Which of the park’s fat brown bears has gotten the fattest after a summer of nearly nonstop gorging on salmon?

Was it Bear 747, who this year truly represented the jet which shares his name?

Use the slider to see what 747 looked like in June, near the beginning of the salmon run in the park’s Brooks River. And now look at him two months later on the right. “Is that a bear, or a hippopotamus?” Katmai’s Facebook page asks. 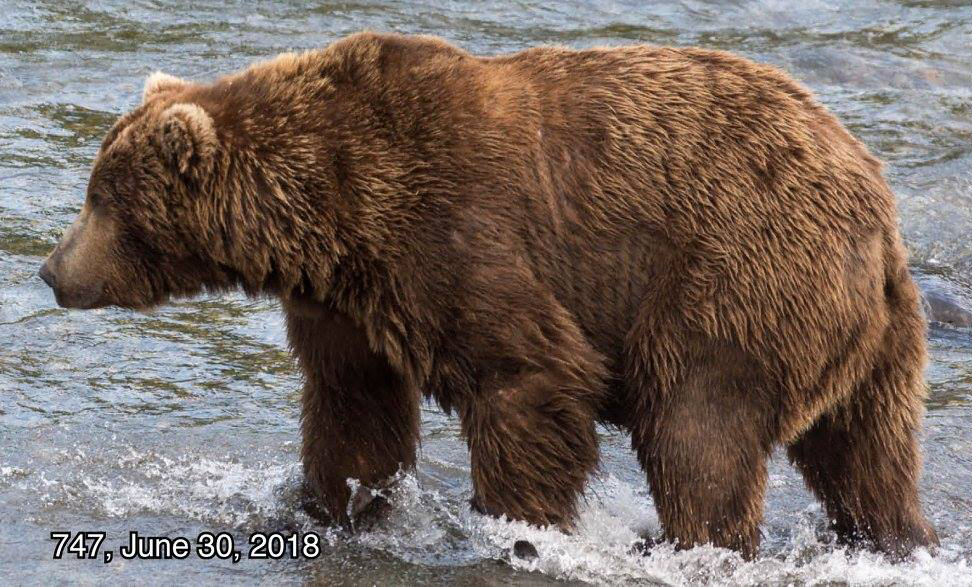 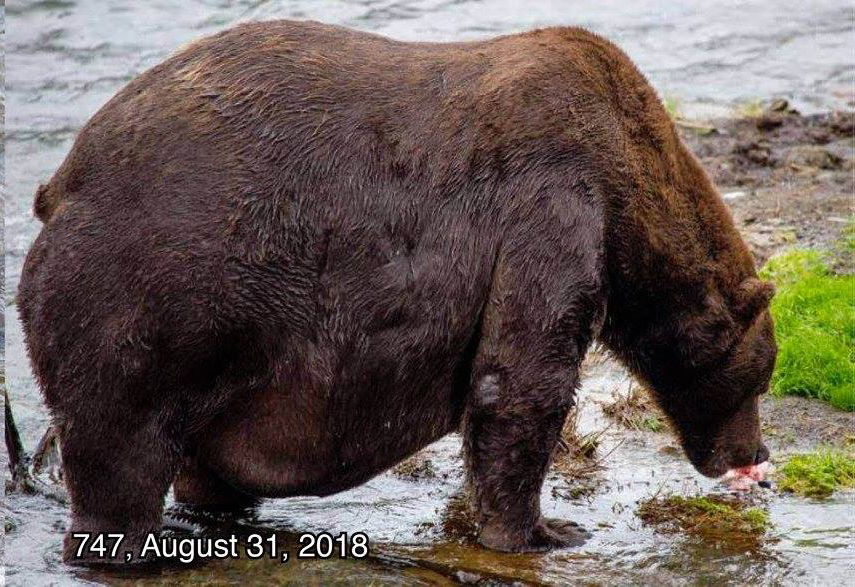 Her cubs left her to go off on their own earlier this year, the park reports, “and since then this gigantic gal has only expanded her marvelous muffin top.” 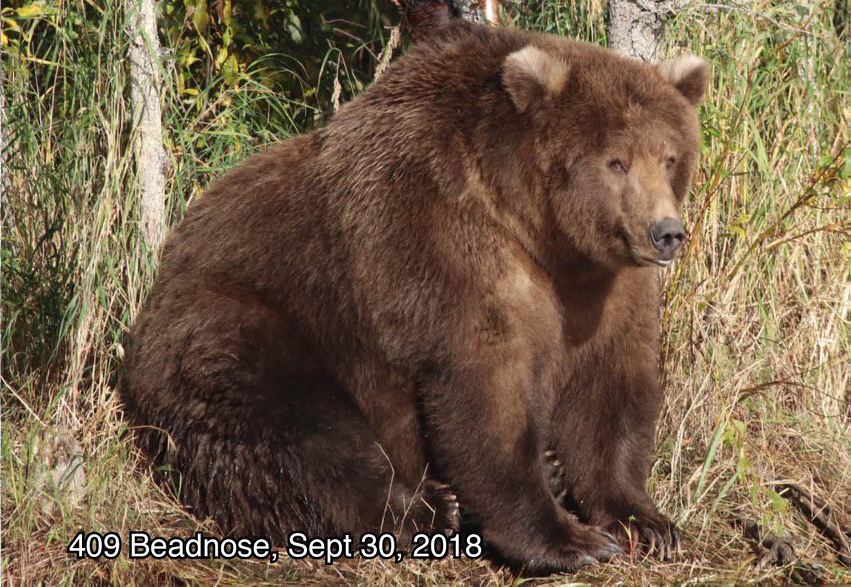 After a day of the public voting on Facebook, Katmai has declared a winner: It’s Beadnose, a whose salmon gorge has fashioned her body into a massive almost-sphere.

“When [Beadnose] is not raising cubs,” Katmai National Park writes in her bio, “this bear is usually one of the fattest females.” Take it as a win for working moms.

The contest culminates Katmai’s annual “Fat Bear Week” where the park asks the public to vote — March Madness style — on pairs of bears that have gone girthy during the annual salmon feeding frenzy in preparation for the winter hibernation months. Each day of the week, ending today “Fat Bear Tuesday,” had a round of competition.

Scroll down to see all the other bears Beadnose beat out.

Katmai insists “there’s no fat shaming here.” Instead, the competition is a celebration of this natural cycle, and a chance to show off the vitality of these enormous, magnificent creatures.

Every summer, hundreds of thousands of delicious, calories-dense salmon swim up the Brooks River inside Katmai, a sparsely visited preserve where stark volcanic landscape meets the sea on the Alaskan Peninsula, to spawn. But they also inevitably encounter some of the park’s 2,200 brown bears, who, around July enter into a state of hyperphagia — aka, eating nonstop.

When the bears hibernate for the winter, they may lose a third of this weight. So fat bears in autumn mean healthy bears who’ll make it through the winter.

As Outside magazine explains in a fascinating post, there’s a lot we don’t understand about the science of bear hibernation. But we do know that “bears are so good at packing on fat (while remaining strangely resistant to plaque buildup in the arteries) and barely moving for months (without much muscle or bone deterioration),” Outside’s Erin Berger writes. This is why “many researchers are interested in our ursine friends for applications in long-term space flight or medical issues like the atrophying effects of long hospital stays.”

And know: The bears aren’t just gorging mindlessly. There’s strategy here. They’ll often just eat the skin, eggs, and brains of the salmon — the most calorie dense parts of the fish. “Like miners looking for high-grade ore, bears try to consume high grade fat,” Katmai National Park explains. And though there’s only so much space in the bears’ stomachs, they can add up to four pounds of weight a day. (For even more bear science, check out Mashable, which devoted a whole week of content on the fat bears.)

Each summer, we all can watch this transfer of energy along the food chain via an extremely popular Explore.org live-stream. The live-stream is handy, since few visitors make it all the way to Katmai. In 2017, it saw 37,818 visitors; Yellowstone National Park, for comparison, saw more than 4 million visitors.

The livecam is even streaming right now. The New Yorker magazine once called the video feed “a place of zen,” capturing “the serendipitous feeling of catching a glimpse of wildlife out the window.” See for yourself. At least, it’s a nice calming thing to watch while procrastinating at work.

While the world is drastically changing for the worse due to climate change, it’s nice to track wildlife that appear to be thriving. On a Medium post, Explore.org noted that this summer saw “an unprecedented number of bears at Brooks Falls,” with 15 to 20 individuals feasting at a time on the river.

Okay, enough about the wonders of nature. What about the rest of the fat bears — the ones who didn’t make it to the final round of competition? Look upon them for yourself with the sliders below, and let us know if you think any of them got unfairly eliminated. Was Chunk robbed? (You can also learn much more about the life histories of the bears in this photo essay right here.) 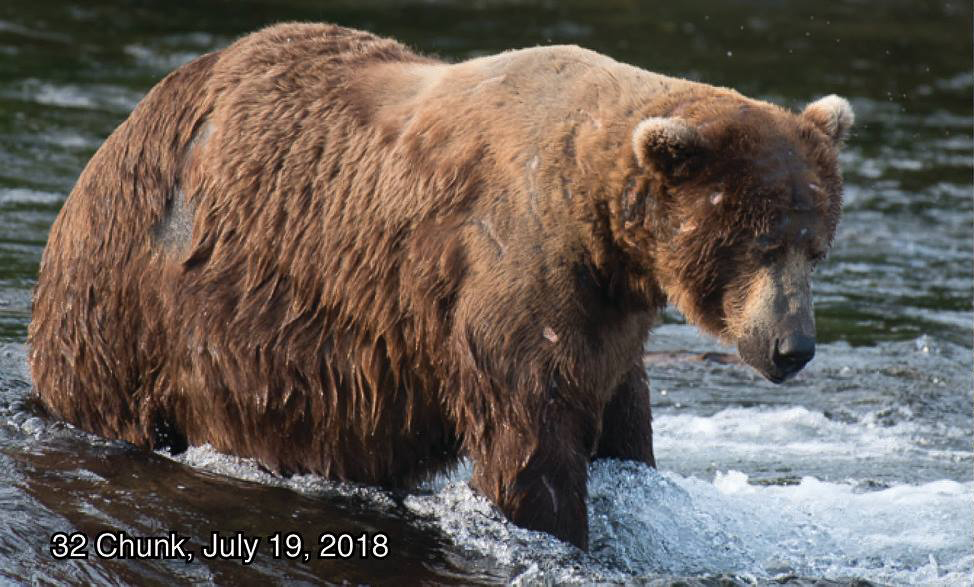 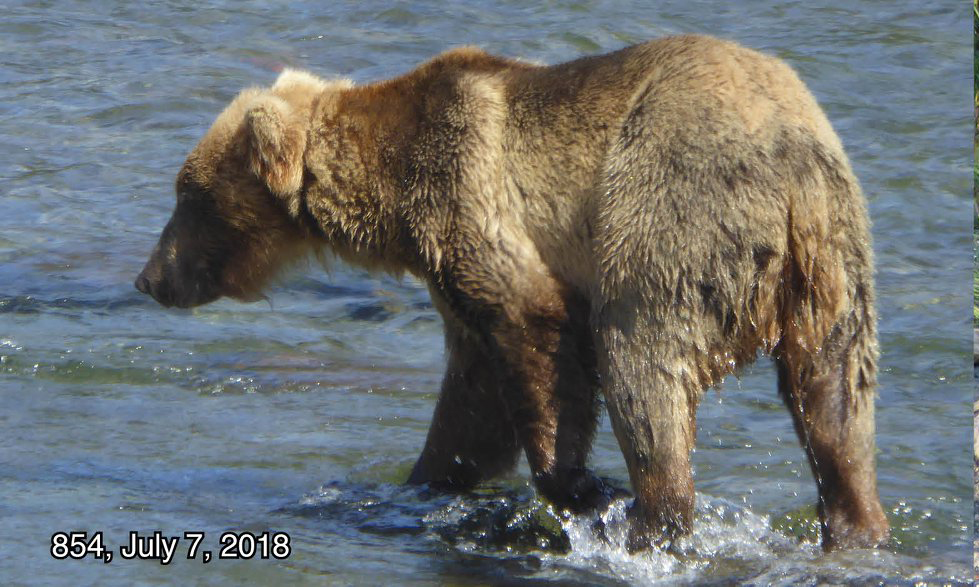 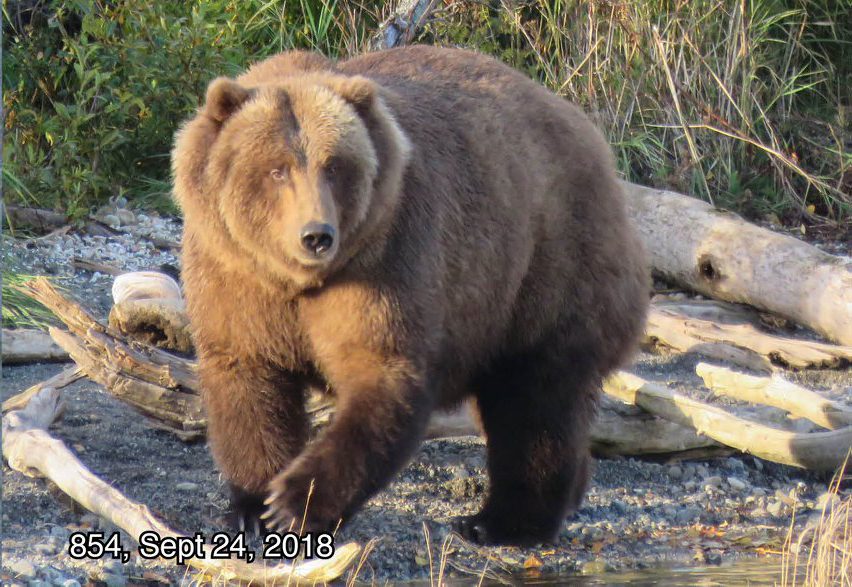 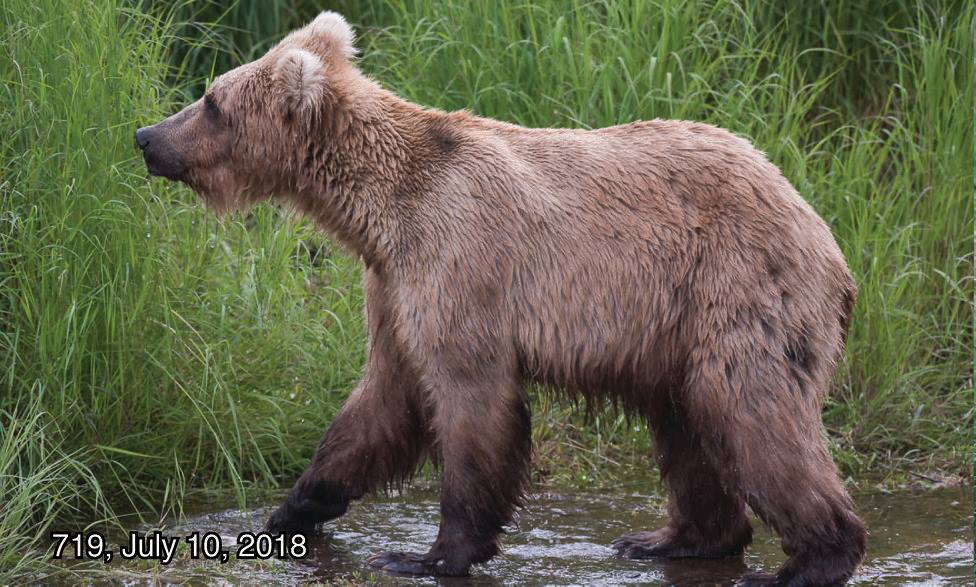 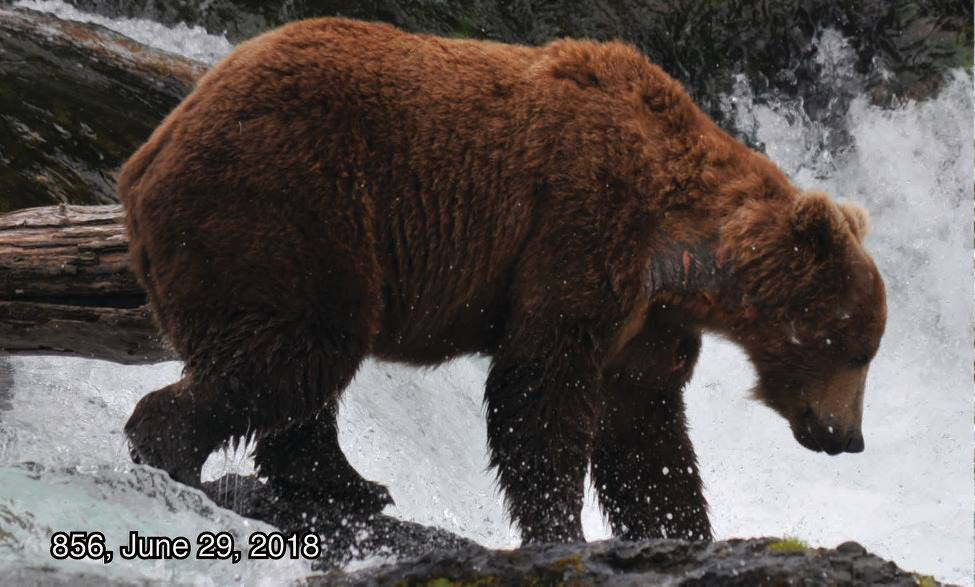 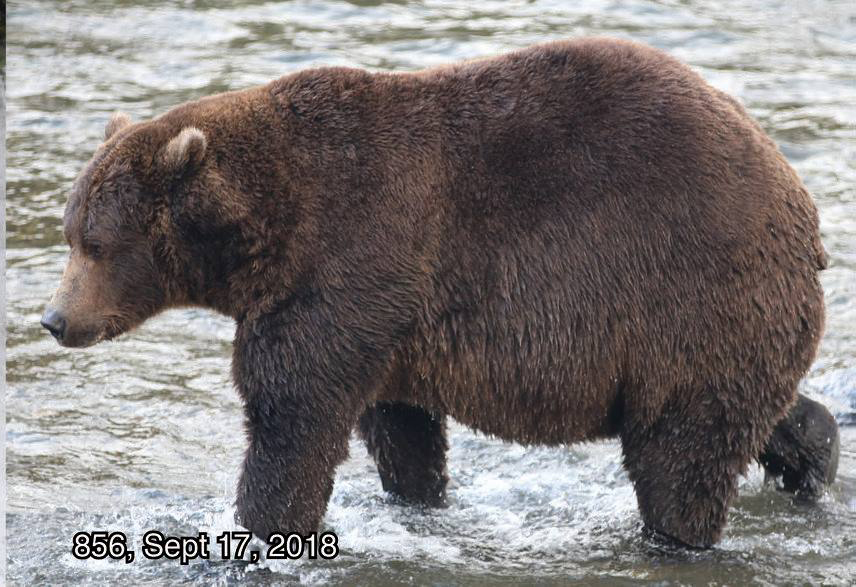 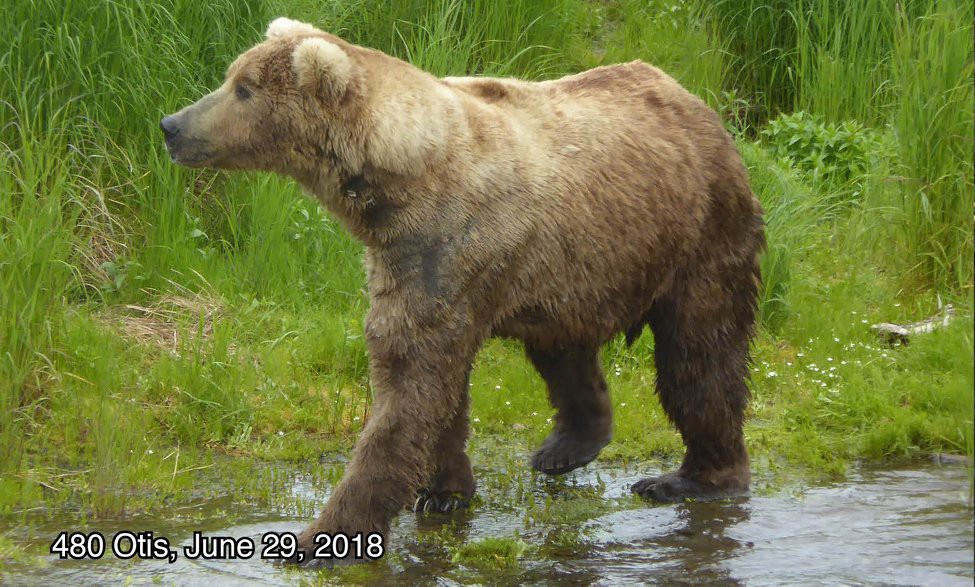 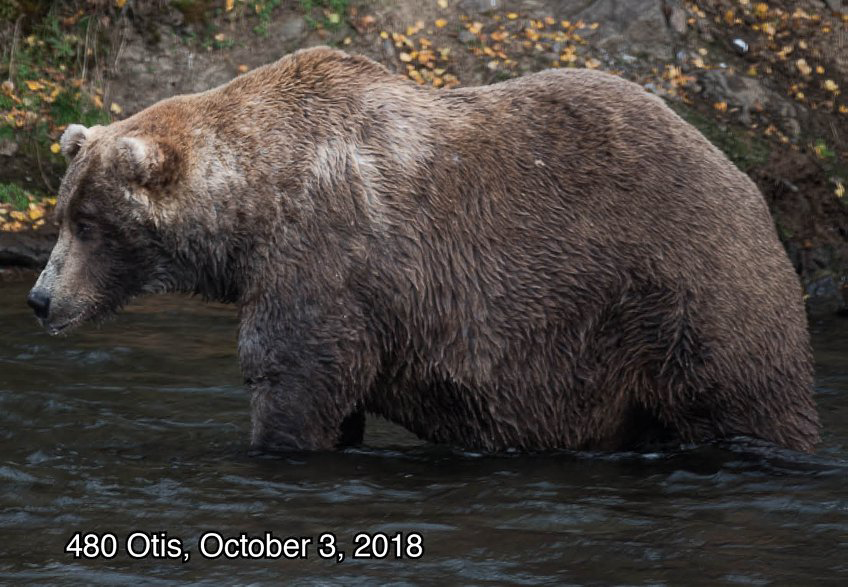 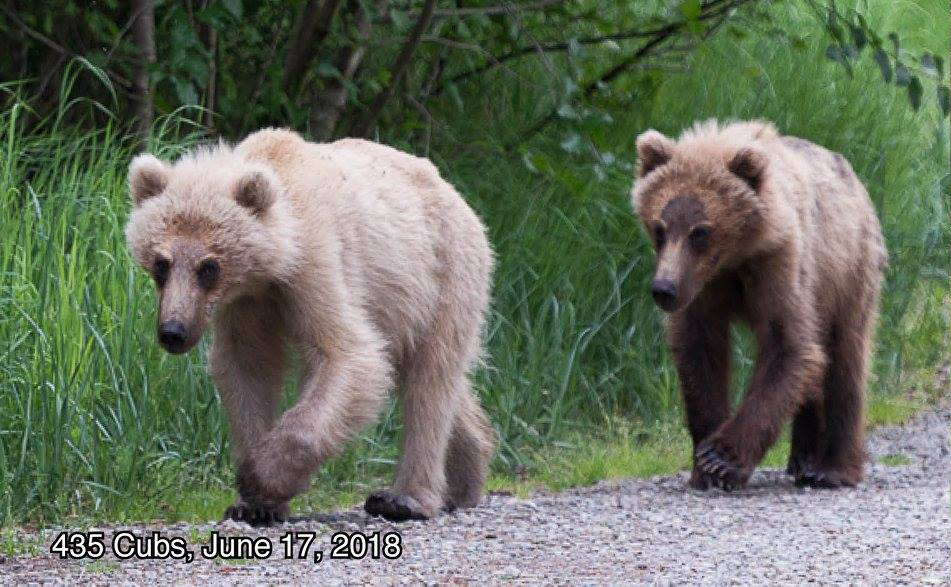 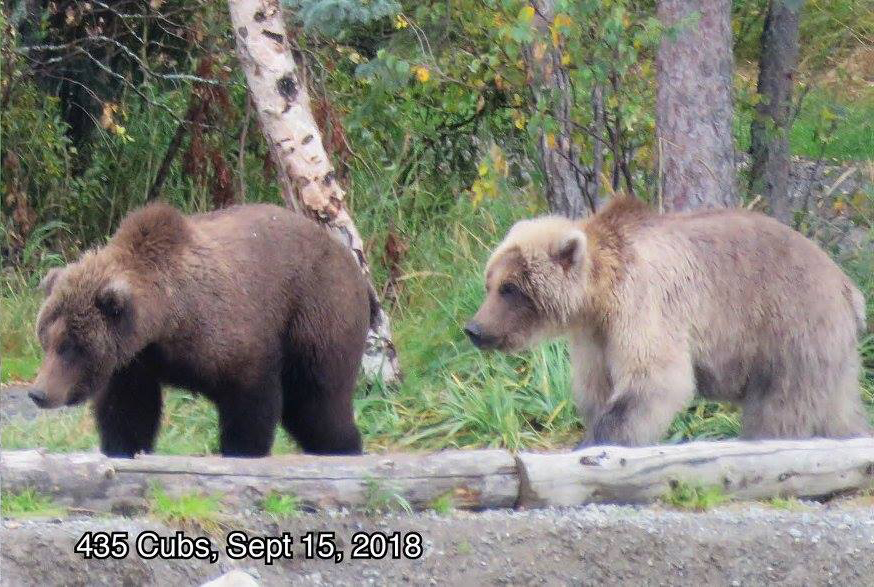 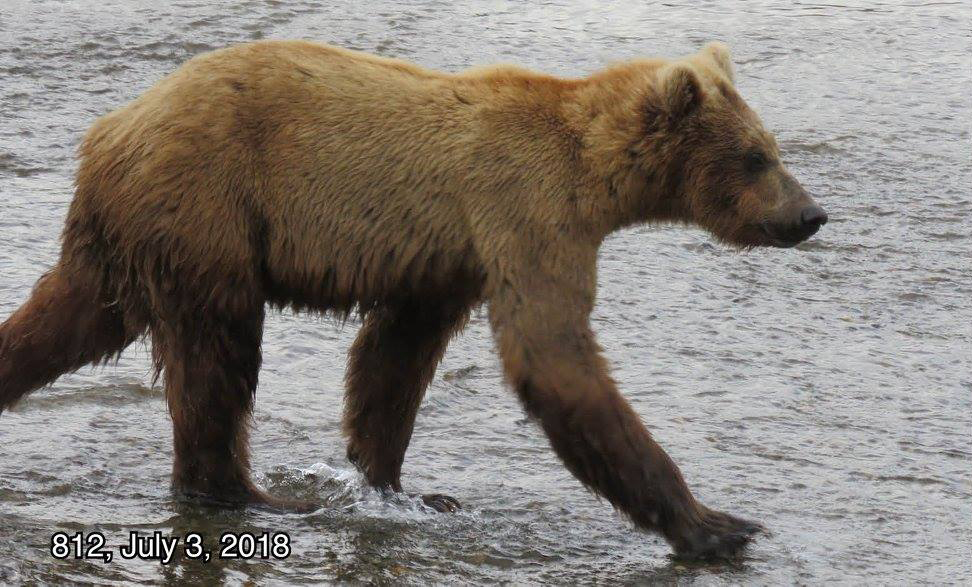 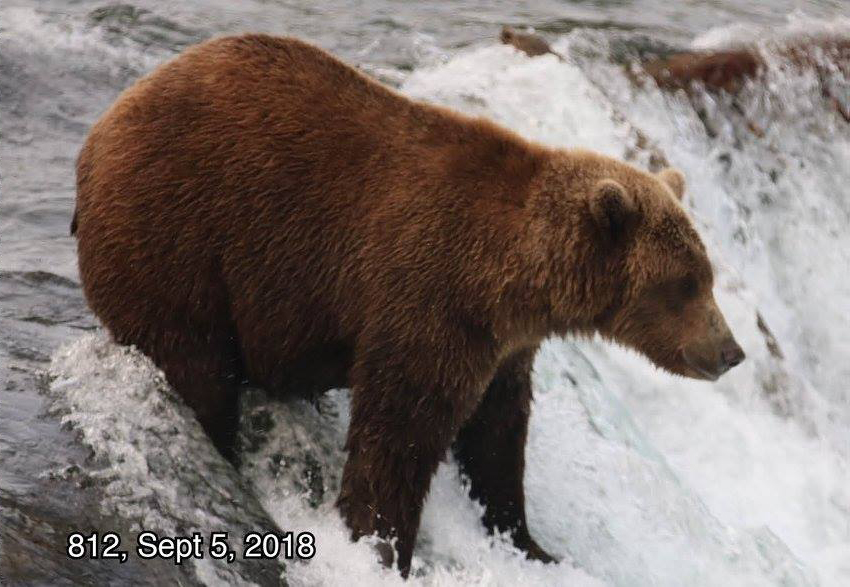 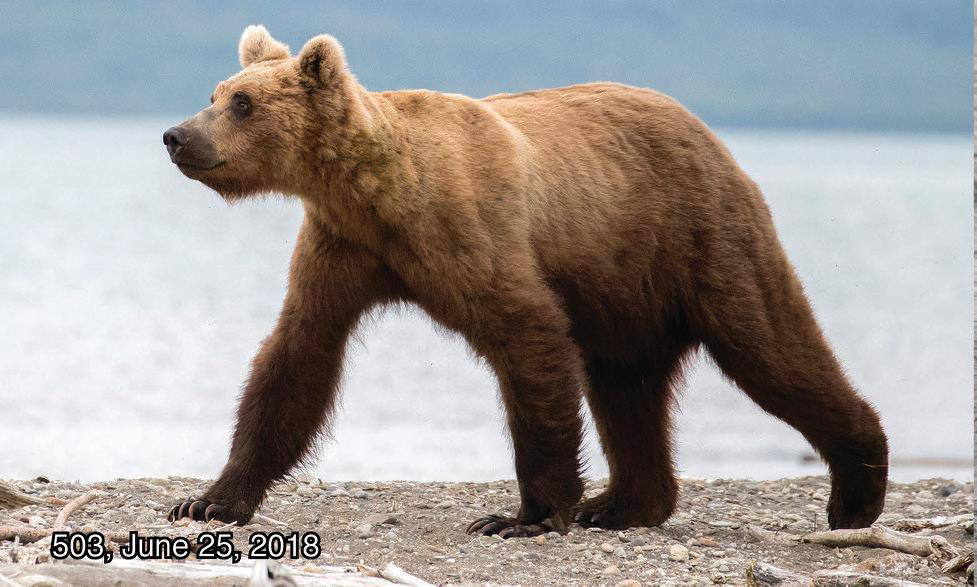 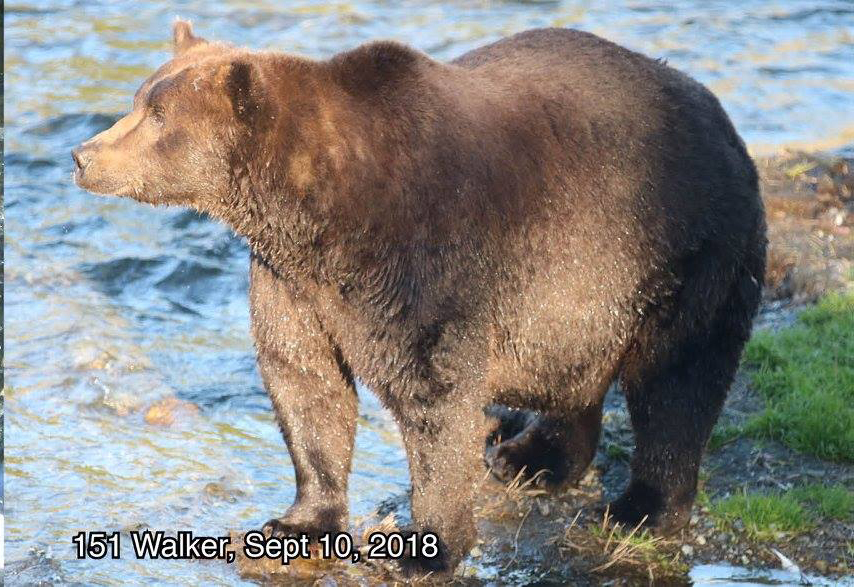 Health care in jails and prisons is terrible. The pandemic made it even worse.