Giraffes are on a path to extinction

The world has lost a third of its giraffes since 1985

Share All sharing options for: Giraffes are on a path to extinction

Giraffes — the world’s tallest animal — are vulnerable for extinction. Their population numbers have declined 40 percent in that past 30 years, the International Union for Conservation of Nature said today in a troubling announcement.

The International Union for Conservation of Nature maintains a “red list” of species — a comprehensive global compendium of the conservation status of 85,604 species with the eventual goal of tracking 160,000 species, threatened and not, to create a “barometer of life” to track trends in biodiversity across the world. The list has seven categories, which ascend in terrifying order: least concern, near threatened, vulnerable, endangered, critically endangered, extinct in the wild, and, finally, extinct.

In the new update to the list, the IUCN has moved giraffes from the category of “least concern” to “vulnerable,” citing massive population loss. (Vulnerable is defined as “facing a high risk of extinction in the wild in the medium-term future.”)

In 1985, giraffes — which are only found in the savannas of central, Eastern, and Southern Africa — numbered more than 150,000 individuals. Now, there are believed to be around 97,500.

Why the great decline? No surprise here; the IUCN reports it’s due to human activity.

The growing human population is having a negative impact on many giraffe subpopulations. Illegal hunting, habitat loss and changes through expanding agriculture and mining, increasing human-wildlife conflict, and civil unrest are all pushing the species towards extinction. Of the nine subspecies of giraffe, three have increasing populations, whilst five have decreasing populations and one is stable.

Julian Fennessy, co-chair of the IUCN group that surveys giraffes, characterized the declines as a “silent extinction.” Giraffes are “commonly seen on safari, in the media, and in zoos,” he says. But their ubiquity in popular culture, and their iconic status in zoos, has not translated to conservation in the wild.

“As one of the world's most iconic animals, it is timely that we stick our neck out for the giraffe before it is too late,” he says.

Some action is being taken to reverse the giraffe declines, however. In November, the IUCN adopted a resolution to rally action to save the remaining giraffes, including mandates for increased funding and monitoring for the species. 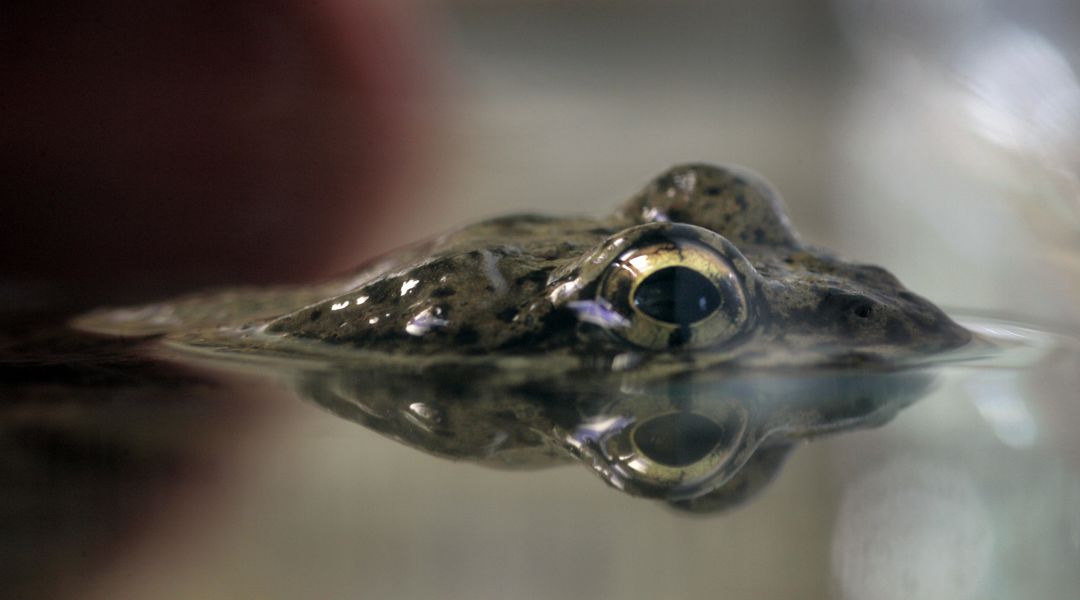 What we lose when we lose the world’s frogs

Amphibians survived the dinosaur extinction just fine. Why are they in peril now?

The giraffe declines are not the only news from the IUCN today. The group also recently added 742 newly discovered bird species that it assessed to its red list. Some 11 percent of these newly discovered birds are threatened with extinction. “Many species are slipping away before we can even describe them,” IUCN Director General Inger Andersen said in a press statement.

Nearly everywhere you look these days in the animal kingdom, there are declines. The world is undergoing a mass die-off of amphibians, a particularly concerning trend given that frogs appeared to survive the dinosaur extinction just fine. By one joint estimate from the World Wildlife Fund and the Zoological Society of London, the world will lose two thirds of the wild animals it had in 1970 by 2020 (in terms of population numbers).

Scientists are fearing we’re living in an age of “mass extinction,” with animal losses not seen since the decline of the dinosaurs. With news like the declines of the giraffes, it’s hard not to believe it.