Delay school for an hour, and teens will get an hour more sleep. That’s great news for their health.

When teens want to sleep in on a school day, they’re not being lazy. For one, teens need more sleep than adults: about eight or nine hours a night, compared with about the six or seven their parents require. Teens, biologically, really do crave sleep.

Which is a problem when it comes to education. Most high schools start before 8 am to help parents get to work by 9 am. Early school start times also give kids more time for after-school activities like sports or theater.

But that has consequences: Around 69 percent of high school students get less than eight hours of sleep on a school night, according to the Centers for Disease Control and Prevention, which puts these teens at risk of negative impacts on health.

There may be a simple fix: Start schools at a later time.

This is a solution supported by both the America Medical Association and the American Academy of Pediatrics. The AMA urges schools to start no earlier than 8:30 am. In 2014, the Academy of Pediatrics wrote that “the urgency and the magnitude of the problem of sleep loss in adolescents” warranted big changes in school start times.

But it’s not a foregone conclusion that later start times will ensure teens sleep more. Later start times could lead teens to go to bed even later. Or parents might still wake them up early. When it made its recommendation, the Academy of Pediatrics admitted “it is clear that additional research is needed to further document the effects of changes in school start times over time.”

A new meta-analysis in the Journal of Clinical Sleep Medicine analyzed 18 studies on start times. It finds that when school starts up to an hour later, students typically do get around 19 minutes more sleep, on average. When start times are delayed more than an hour, that average increases to 53 minutes of extra sleep.

Teens tend to be night owls, and forcing them to be early birds can mess with their health

Teens tend to go to sleep a bit later and wake up a bit later than the average adult — something called a “delayed” sleep phase. For most teens, it means their whole biological clock is shifted, and if they wake up too early, their body will be out of sync with the rest of the world. “Every neurotransmitter, hormone, and chemical in the body cycles with the daily rhythm," Philip Gehrman, a sleep researcher and clinician at the University of Pennsylvania, told me earlier in the year.

When your body clock is off from society’s, scientists call it “social jet lag.” And like the jet lag from a long journey, it messes with your body.

Studies of adults find that social jet lag is associated with higher BMI, insulin resistance, depression, and a higher likelihood to engage in dangerous behaviors like smoking. And the group of people most at risk for social jet lag? Teens.

In a tightly controlled lab study, 24 healthy adult participants* who had their sleep shifted by one hour each day (simulating jet lag) started to look prediabetic after a three-week trial. Their resting metabolic rates dropped 8 percent. "Assuming no changes in activity or food intake," that "would translate into ~12.5 pounds increase in weight over a single year," the study, published in Science Translational Medicine in 2012, concluded. 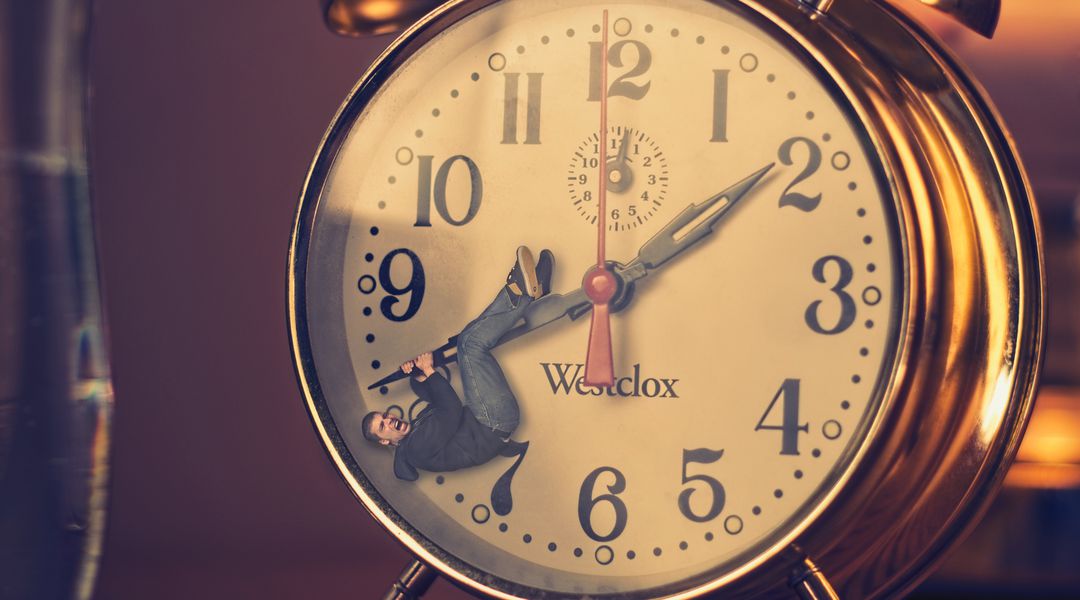 If you’re just not a morning person, science says you may never be

Morning people and night owls are born that way. It's time we accepted that.

People with a lot of social jet lag also tend to get fewer hours of sleep, which exacerbates these same health problems. On top of that, short sleep reduces powers of perception, concentration, and judgment. There’s some evidence that when students sleep better, they perform better in school as well.

(*A lot of the studies on social jet lag and short sleep use adults as their participants. But as the American Academy of Pediatrics reports, studies do also find an association between short sleep and obesity in adolescents.)

As Vox’s Libby Nelson has reported, very few schools have actually adopted this reform. This map, which reflects the most recent CDC data available, shows that across the country, schools still start very early.

There are some understandable reasons why. Nelson writes:

...the problem is usually logistics. Students of all ages usually share the same fleet of buses. High school students get the first shift, and the buses circle back to pick up their younger siblings later in the morning.

Most districts don't want elementary school students to have to wait in the dark for buses early in the morning — nor do they want to pay for a separate fleet of school buses for elementary and middle school kids. Breaking with tradition turns out to be costly.

And even though the evidence is mostly in favor of increasing school start times, it isn’t a slam dunk quite yet.

There are some limitations to mention about the new meta-analysis. The studies mostly used self-reported measures of sleep duration. (More objective measures — like those obtained from Fitbit-like wristbands — are more accurate.) And many of the studies were short in duration, comparing sleep duration in snapshots before and after a school made a switch. More data would show whether the impact of school start time on sleep waned or improved over time.

“The aggregated quality of the evidence,” the study reports, “is only moderate.” The researchers also found no effect on academic performance. Furthermore, two of the studies found evidence that earlier start times were associated with increased vehicle accidents involving the teens. Being tired in the morning can be a dangerous distraction while on the road.

In all, the researchers call for more rigorous data on the topic. As schools change their start times, they write, researchers should sweep in to collect information on students’ sleep in a standardized way.

Regardless, it’s a promising area for study. Because if later school start times can truly help students sleep better, the research suggests that better sleep would lead to major improvements to their health and well-being.

Why the FDA rejected fluvoxamine as a Covid-19 drug