Rani Molla is a senior correspondent at Vox and has been focusing her reporting on the future of work. She has covered business and technology for more than a decade — often in charts — including at Bloomberg and the Wall Street Journal.

More than a month since the first pandemic stay-at-home orders in the United States, people are getting antsy.

The median distance Americans travel each day began to tick up in the past couple of weeks, well before a handful of states have officially begun to reopen their businesses and public spaces and others started talking about reopening. The stay-at-home orders meant to stop the spread of the novel coronavirus brought many economies grinding to a halt, and these reopening efforts represent an attempt to put people back to work. However, they could also cause a resurgence of coronavirus cases, as health experts warn that there’s not nearly enough testing to know whether or not it’s safe to reopen businesses.

These warnings haven’t stopped some people from increasingly leaving home in the past couple of weeks, potentially in defiance of those stay-at-home orders.

According to aggregated anonymized data from geospatial analytics company Orbital Insight, the median distance people traveled hit a low point on April 12, which was Easter Sunday, of about a half a mile. However, that distance nearly doubled to a mile the following Sunday, April 19. To come up with median distance, Orbital Insight used anonymized cellphone location data for 12 million devices, specifically creating a radius from the various locations people visit each day. The company reports its units of distance as degrees of latitude or longitude, which are displayed on the y-axis of the graph above.

That Easter Sunday low follows several weeks of declining median distance traveled, as cities and states across the country enacted shelter-in-place orders beginning in March. For context, in February, people typically traveled between about 2 and 3.5 miles each day (or .03 to 0.05 degrees of distance in latitude or longitude per day).

You can see the increase in the past couple of weeks on a county level in the map below. More yellow and orange on the map means a higher daily distance traveled and, therefore, presumably less social distancing. The image on the left side of the slider shows the week beginning April 10 while the map to the right shows the week of April 17. 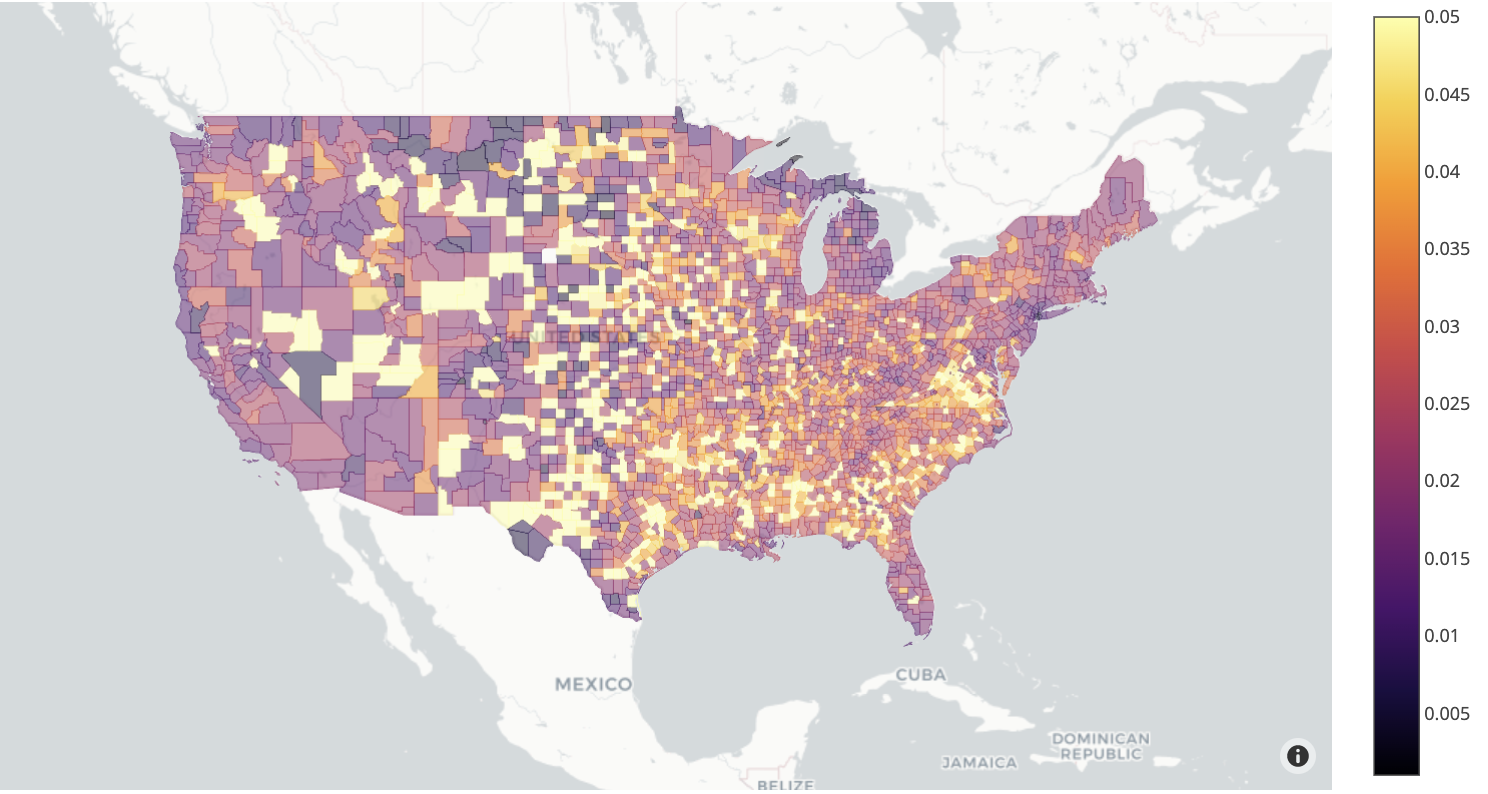 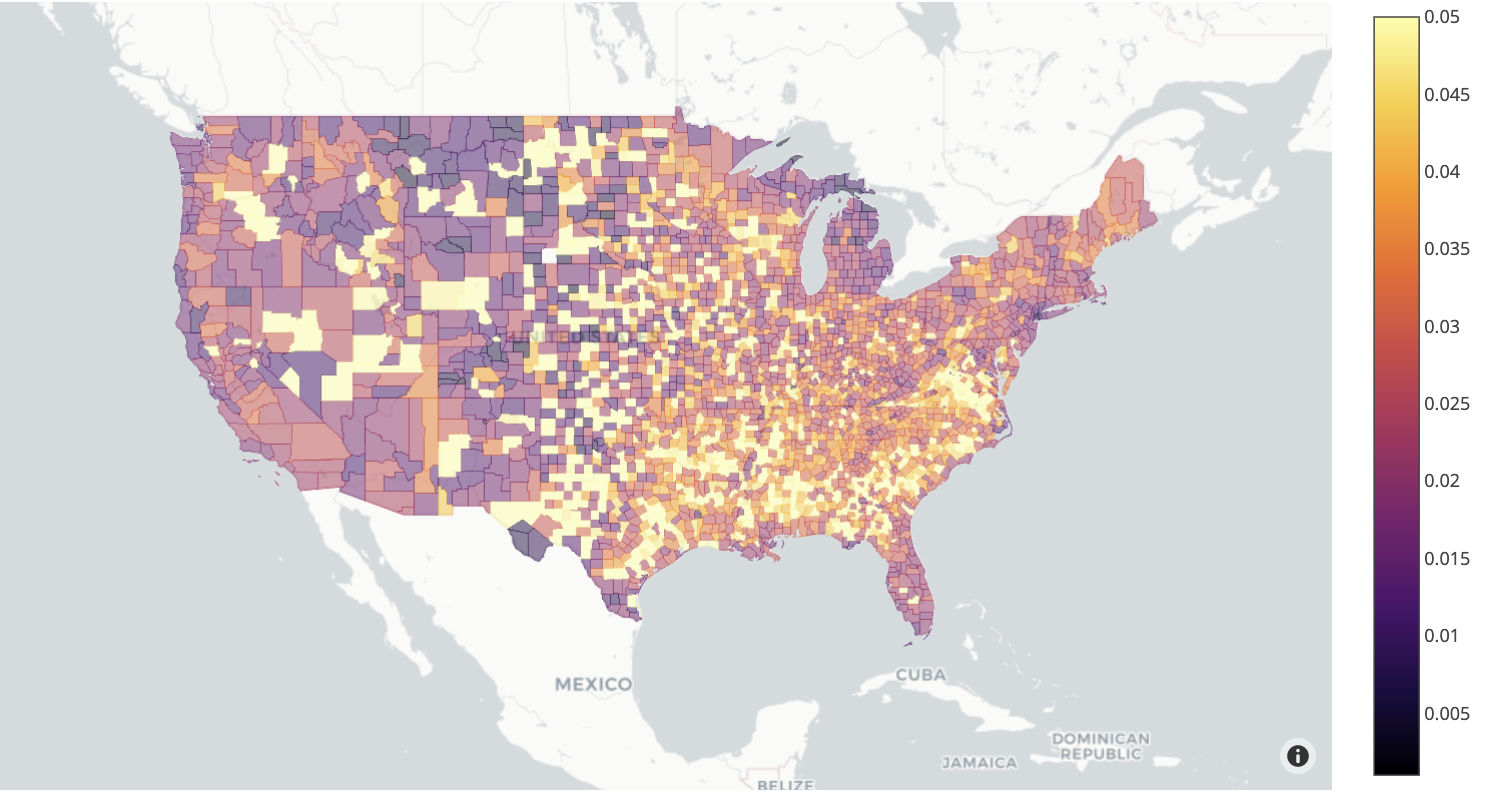 Data from a second location-data tracking company, Unacast, follows a similar trend, with average mobility as well as proximity to others increasing after Easter. Unacast data also shows that foot traffic in retail stores is also starting to pick back up as stores in a number of states reopen.

Traveling farther or being nearer to people, of course, does not necessarily mean that people are violating social distance orders or going places they’re not supposed to go. In Florida and in more rural states, for example, where more people travel by car, it’s possible to more safely socially distance than in, say, parts of New York. But it does mean it’s less likely they are staying home.

The increased movement is also not happening in a vacuum. Death rates in many states began declining in mid-April, though social distancing likely contributed to those declines. Around the same time, governors started discussing plans to ease restrictions. President Trump, famously, hoped church pews could be packed by Easter.

The data also suggests the increase in movement began happening before official reopening dates, suggesting that the promise of reopening was enough to get people moving again. The relaxation is different for each locality, and some businesses were allowed to open before others. Tennessee and Georgia allowed many businesses to open April 27, for example, while South Carolina began incrementally opening public spaces a week before.

With the possibility of reopening seeming more real, it’s also possible people simply got restless or felt more comfortable venturing out after safely sheltering. The nicer spring weather certainly encouraged more than a few to get out of the house.