Map: how the uninsured rate would skyrocket state by state under the Senate bill

Share All sharing options for: Map: how the uninsured rate would skyrocket state by state under the Senate bill

Kentucky and West Virginia would be among the states hardest hit by the Senate health care bill, according to a new analysis from the Urban Institute, a center-left think tank. The percentage of people in those states that lack health insurance would more than triple between now and 2022.

Nationally, the Urban Institute estimated, 24 million fewer people would have insurance in 2022 than would if Obamacare stayed in effect. And the uninsured rate would increase 78 percent, from 11.7 percent today to around 19.8 percent in 2022.

According to the institute’s projections, every state would see an increase in the uninsured rate under the proposed Senate bill (known as the Better Care Reconciliation Act):

These numbers do not include the Cruz amendment, which would allow insurers to sell health plans that aren’t currently allowed under Obamacare. Insurers would once again be able to refuse coverage to people for preexisting conditions and sell insurance that doesn’t cover maternity care or hospitalization, among other practices that the 2009 health care law outlawed.

The revised BCRA doesn’t offer much of a change from Senate Republicans’ original bill, revealed in late June, which showed similarly widespread increases in the uninsured rate. 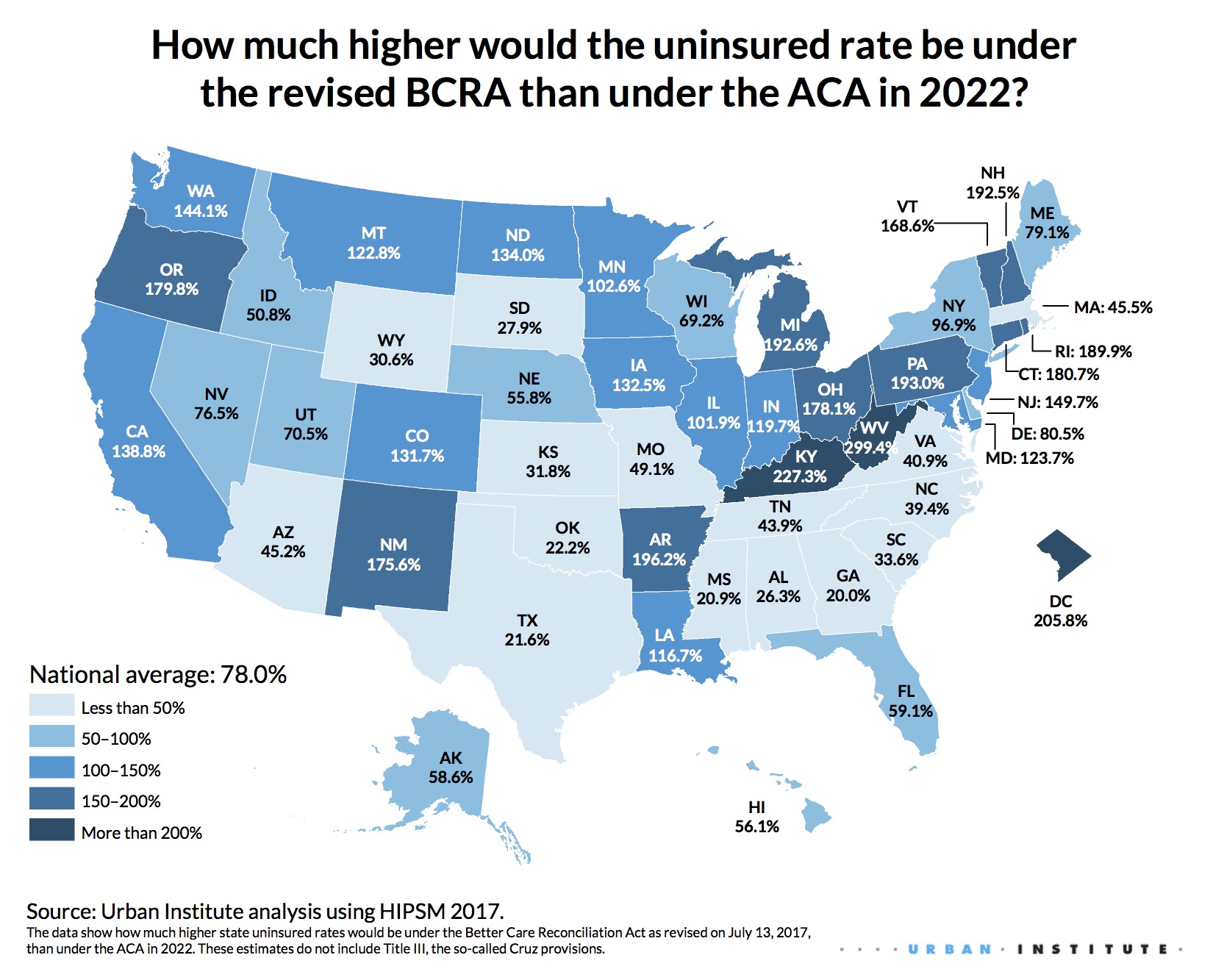 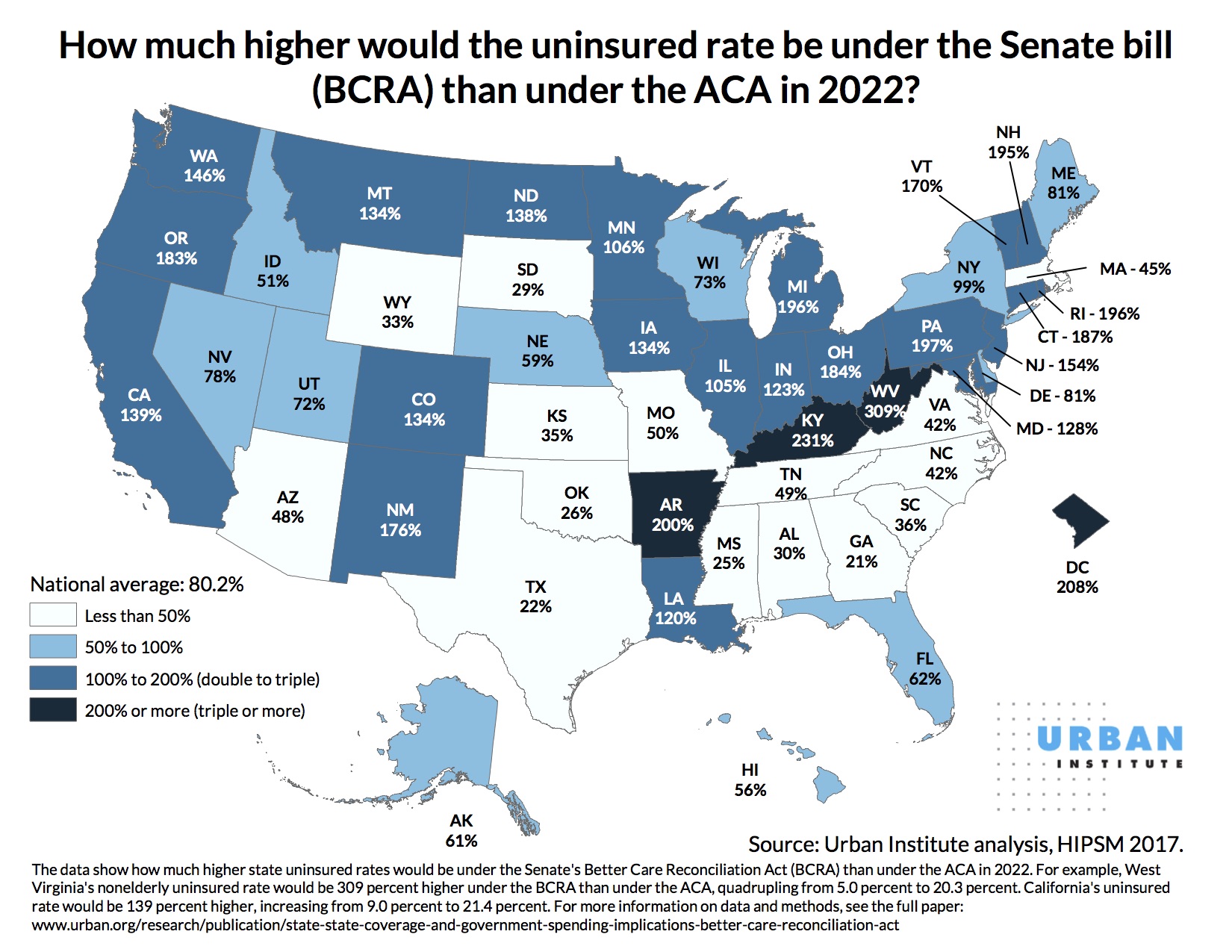