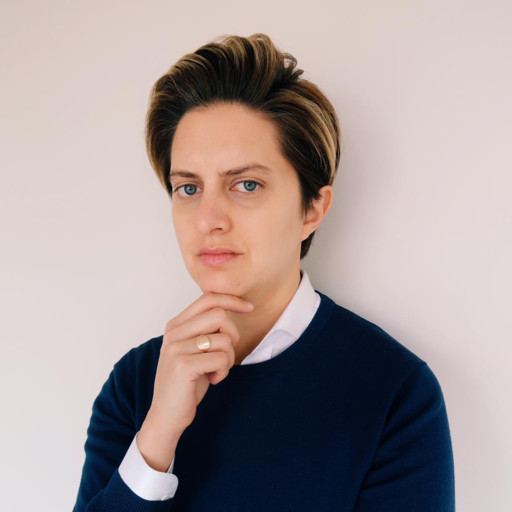 Erica Anderson is the executive producer for content and partnerships for Kara Swisher. She oversees Swisher's editorial direction and expansion across podcasts, live events, and entertainment.

Prior to Vox, Erica worked at Google News Lab, where she focused on the relationship between platforms and news companies with a focus on mis- and disinformation. Her internal advocacy for transparency led to the announcement of Google’s use of an "authoritativeness" score in Search ranking. She also led all of Google’s product marketing efforts for tools for journalists, including all Fact Check efforts.

Erica was also one of the core organizers of the Google Walkout, a moment where more than 20,000 employees walked out of dozens of offices around the world in protest of Google’s protection of sexual harassers. Her interview on BBC World Service was heard around the world.

Prior to Google, Erica worked at Twitter. As one of the first 300 employees, Erica played a pivotal role in the company's journalism efforts. Her work included the best practices website Twitter for Newsrooms and the development of satellite long codes (to enable journalists to tweet from war zones). She also developed the deal for Dataminr to build an event detection wire service for the global news industry. Finally, she co-produced the inaugural Twitter Town Hall, where President Barack Obama posted his very first tweet.

Prior to Twitter, Erica helped to make Katie Couric America’s first TV news anchor to use social media for journalism. At CBS Evening News, Erica helped Katie integrate Twitter on TV, something that was ahead of its time.

Erica is also a journalist, having covered the 2008 presidential election for MTV News as part of the network’s Choose or Lose Street Team ’08. She has a BA from Indiana University’s School of Journalism. Her online moniker is @EricaAmerica.