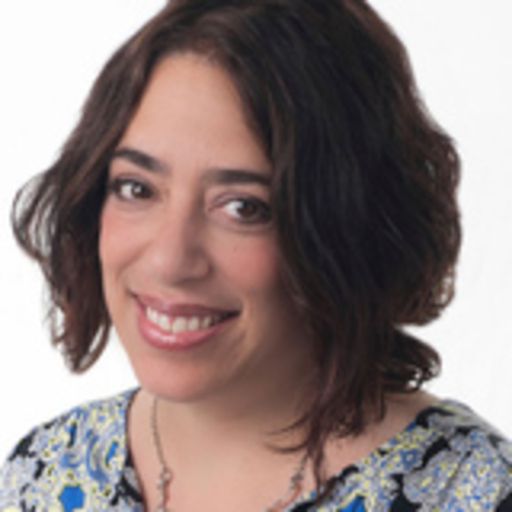 Amy Keyishian has worked for the entire range of magazine genres, from her start as an editorial assistant at Sesame Street Parents to her four-year stint as a staff writer at Cosmopolitan. She has also written for Maxim, Glamour, Self, Redbook and Men's Health, and was the sex-advice columnist for the military-focused magazine Drill. That profile she wrote about Walter Mossberg for Mac|Life? She had no idea they'd meet again five years later as coworkers, but she's thrilled.

More recently, she has been a Web site content provider/proofreader/editor and SEO maven for HGTV's FrontDoor.com, TheStir at Cafemom.com, Babble, Match and Learnvest. She still writes a twice-monthly column for Recipe.com, chronicling her efforts at determining what should be bought and what can be made more easily from scratch.

She has also moonlit as a young-adult fiction author (with three under her own pseudonym, Amy Kaye), a standup/improv/sketch comic, and, in her darkest days, as a marketing copywriter. (But this one time, she met Allen Ginsberg, and he patted her hand as he told her about his days writing marketing copy and assured her she'd find her way, so everything is okay.)

I have a stock-trading account, but it is handled by a family member, and I don't discuss the investments with her. I have invested in a 401K plan and two IRAs, but none of them are tech-centric.

My job is primarily editorial, but in the event that I do write about companies or review products, I will not do so with the expectation of anything in return other than my salary and the internal satisfaction of a job well done.

This is what voting looks like around the world

All about the iPhone 7

Apple iPhone event: News, updates and analysis from the announcement

Verizon's 'Can You Hear Me Now' guy is Sprint's pitchman now