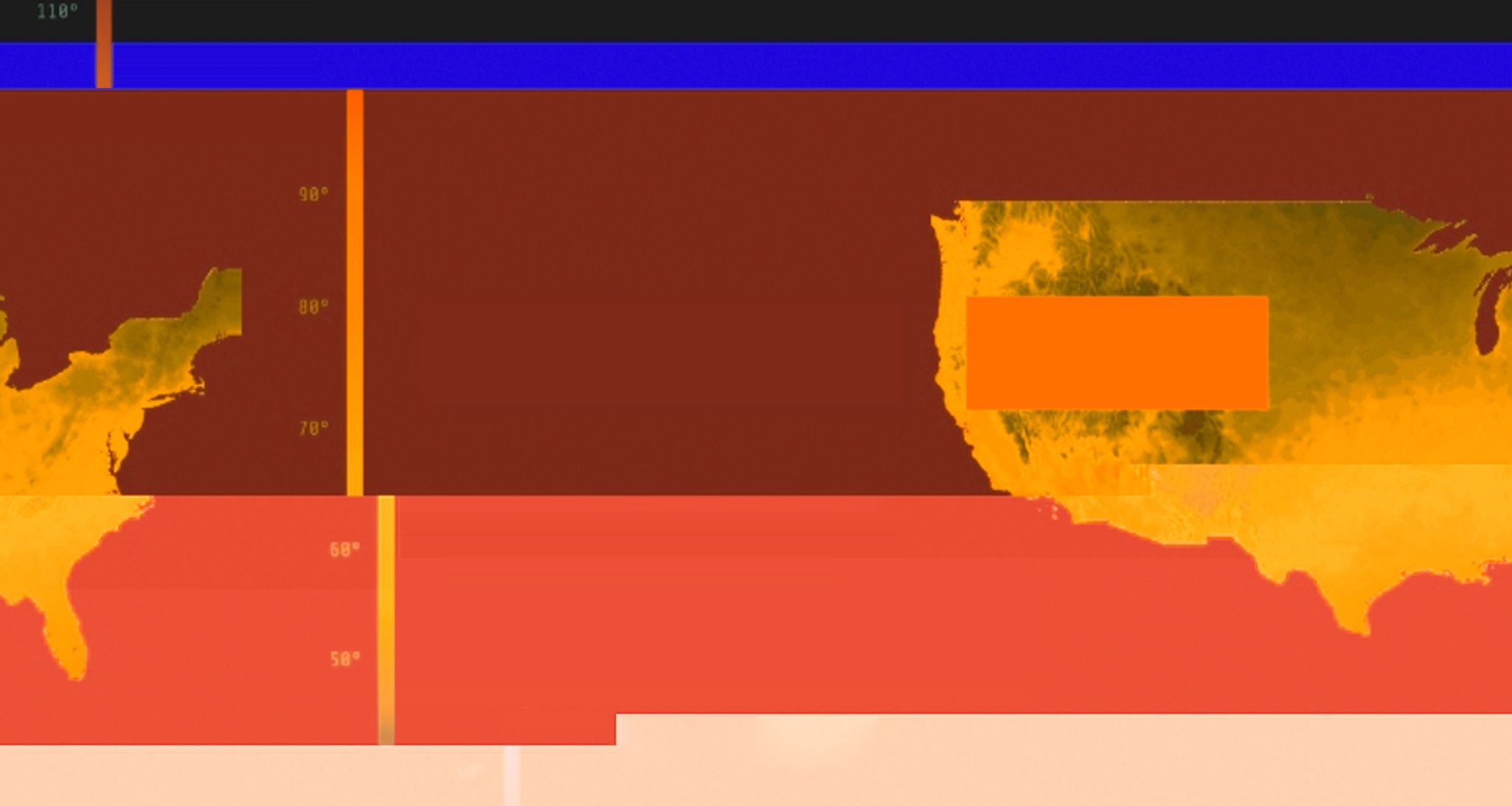 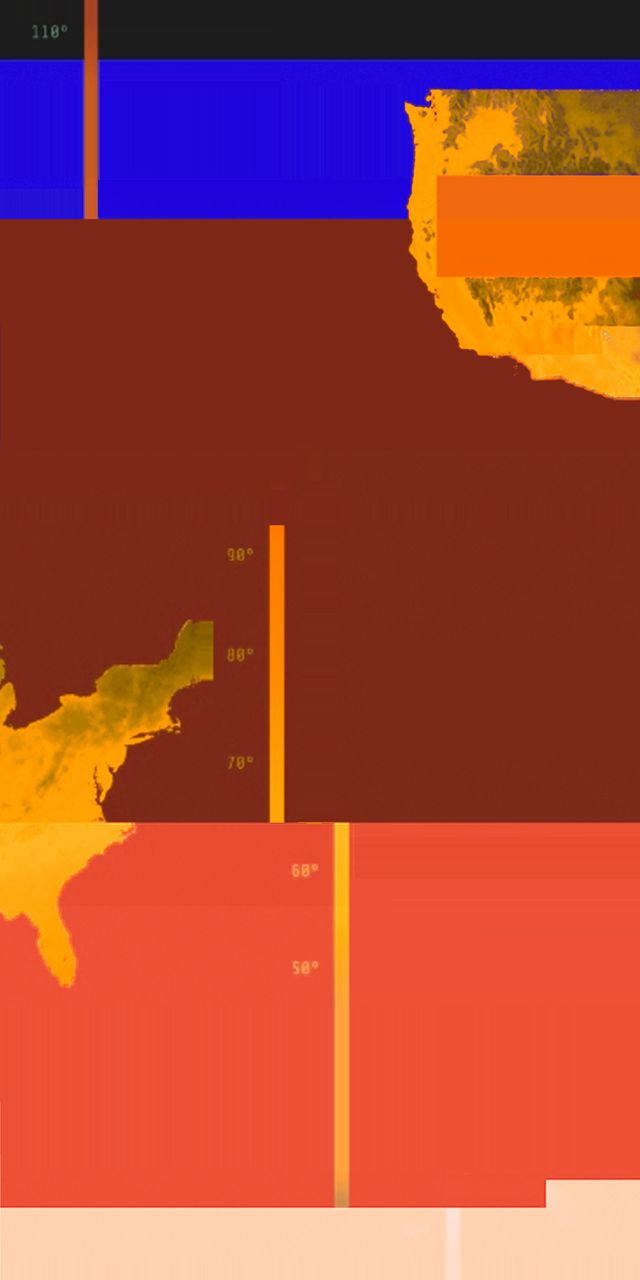 America is warming fast.
See how your city’s weather will be different in just one generation.

Our world is getting warmer. This we know.

Just look at Alaska, which experienced all-time record heat in July, topping out at 90 degrees Fahrenheit. Dozens of other cities are in the throes of a heat wave this week, which forecasters have warned will be “prolonged, dangerous, and potentially deadly.”

But how much will temperatures in US cities change by 2050? By then, scientists say average global warming since preindustrial levels could be about twice what it is in 2018 — and much more obvious and disruptive. It’s a world you’ll (probably) be living in. And it’s the one we’re definitely handing off to the next generation.

Here’s how much the winters and summers in the city closest to you are predicted to change about 30 years from now. (More on our methodology here.)

Winters and summers will be warmer in every city by 2050. Type in other cities to see for yourself:

Our analysis, first published in October 2018, shows that in almost every case, the places we live are going to be strikingly warmer in a few decades.

Every season in every city and town in America will shift, subtly or drastically, as average temperatures creep up, along with highs and lows. Some of those changes — like summers in the Southwest warming by 4°F on average — will mean stretches of days where it’s so hot, it’ll be dangerous to go outside. Heat waves around the country could last up to a month.

Winters will lose days in the 20s and 30s. Rain and snowstorms will be more intense and frequent in some places and less predictable and lighter in others.

How winter and summer temperatures will shift nationwide by 2050

So much of a city’s culture and economy depends on the particulars of the local climate. How high will summer electricity bills be in Frederick, Maryland, when it gets as hot as Tulsa, Oklahoma, is today? What happens to New Hampshire’s tourism if there’s little snow for skiing? Where will Phoenix, Arizona, get its water when the Colorado River slows to a trickle? When will the threat of devastating hurricanes make it too risky to live on the Gulf Coast?

For those who can’t afford to move to cool off from the heat, or find work when local agriculture dries up and fisheries die, these changes will be devastating.

In the map below, see how the weather (and precipitation) in several Northern cities will look and feel a lot like how Southern cities do today. In some cities, it’ll be like moving two states south.

By 2050, the weather in many cities will be similar to southern cities today

You may be thinking an average increase of a few degrees to your summer and winter weather doesn’t seem that bad.

But buried in these averages are extreme weather events — heat waves, severe rainstorms, and droughts — that will be much more damaging and dangerous than the smaller shifts in averages.

In California, for instance, the average temperature shifts will be more subtle. But new climate models show there will be more frequent swings from periods of intense rain to extreme drought, a phenomenon known as weather whiplash. That will put extra stresses on dams and farmers and is likely to lead to more severe mudslides.

Indeed, not every part of the country will experience the same degree or same kind of change.

So we’ve highlighted the 10 cities whose winters and summers will warm the most and the least by 2050 — compared with your own. (You can sort by change in temperature.)

How your city's average temperature shifts compare to others

Cities where winters will warm the most by 2050

Cities where winters will warm the least by 2050

Cities where summers will warm the most by 2050

Cities where summers will warm the least by 2050

Most populated US cities

Least populated of top 1,000 US cities

These projections tell us that Midwestern cities like Chicago, Cleveland, and Detroit will see some of the most dramatic shifts in winter lows — from the low 20s up about 5.5°F to the high 20s.

Bozeman, Montana; St. Paul, Minnesota; and Chicago will all see their average summer high shift up by nearly 6°F — a much hotter overall summer.

And America’s biggest cities, with the exception of San Diego, will all see both their summer and winter temperatures shift by more than 3°F on average.

The big takeaway: The farther north you go in the US, the faster it’s warming. (The same is true for the northern latitudes around the world.)

So far, we’ve just focused on shifts in winter lows and summer highs. But there’s more. You can see how temperatures are projected to change throughout the entire year near you:

And here are the projections for precipitation. If you compare cities, you’ll see a lot of variation. And know that scientists are much more uncertain about how rain and snow will change than they are about temperatures:

Today vs. 2050: your city’s year-long precipitation

Can we stop this from happening?

The scenario for future emissions we used to predict the weather in 2050 assumes that we will continue to burn fossil fuels at the same rate, and that the world will have warmed on average by 2°C, or 3.6°F, since preindustrial levels.

The Intergovernmental Panel on Climate Change (IPCC) in early October reported that it is still possible to limit average global warming to 1.5°C, or 2.7°F — the more ambitious target under the Paris climate agreement — this century. But to do so, we would need to drastically cut emissions in the next 12 years, halving current levels by 2030.

That would take an unprecedented international effort. And many scientists believe we’ve already made irreversible changes, that we are already on course for at least 2°C, or 3.6°F, of warming by midcentury. It will take years, probably decades, for the climate system to fully register the greenhouse gases we’ve already emitted, are still emitting, and will emit in the coming years.

But as the IPCC argues, it’s essential that we take every possible step now to reduce emissions to avoid the worst outcomes in the coming decades and centuries. Continued high emissions portend even more alarming changes to the planet by 2100 — with warming upward of 4°C, or 7.2°F. But we still have a real shot at limiting it to 2°C or 3°C.

This means immediately accelerating all the tools we already are using to decarbonize the energy system, and developing many new ones, like better technologies to remove carbon from the atmosphere. Read our story about a new climate voter’s guide and consider the political changes we’ll need too.

As individuals, we can buy less, fly less, drive less, and eat less meat and dairy. We can start planning and preparing now for the warmer future. A problem like climate change was wrought by humanity, and its solutions must come from us too.

Where our data came from

To answer the question of how much temperatures in US cities will change by 2050, we looked at the average summer high and winter low temperatures in 1,000 cities in the continental US, comparing recorded and modeled temperatures from 1986 to 2015 to projections for 2036 to 2065. This offers us the best possible estimate on how much winters and summers will shift from 2000 to 2050.

With help from researchers at NASA’s Jet Propulsion Laboratory and the Scripps Institution of Oceanography, we built our analysis on the Localized Constructed Analogs data set, which draws on 32 different global climate models. The scenario we examined is known as Representative Concentration Pathway (RCP) 8.5, one standardized set of assumptions of humanity’s trajectory in the coming years.

RCP 8.5 presumes that the world will continue increasing energy use at the same rate and in the same forms. It predicts the world will have warmed on average by 2°C, or 3.6°F, by roughly 2040.

There are very legitimate criticisms of RCP 8.5 — that it’s too pessimistic, ignores progress we’ve already made on decarbonization, and majorly overestimates how much coal we’ll burn. But two climate scientists we spoke to, Sarah Perkins-Kirkpatrick at the University of New South Wales, and Kate Marvel at the NASA Goddard Institute for Space Studies, argued it was a realistic scenario for now.

Scientists have also examined the future of the global climate presuming the world takes moderate to aggressive action to curb greenhouse gas emissions. But emissions over the past 10 years track reasonably well with RCP 8.5, so it’s a useful marker, establishing the boundaries of the worst-case scenario for the climate.

We averaged annual temperature and rainfall patterns for 30 years (1986-2015) to establish a climate baseline for cities. This average helps eliminate year-to-year variations in the climate like El Niño cycles, isolating the changes wrought by human activity. We then examined how these cities would warm by 2050, again averaging over 30 years (2036-2065). We limited our focus to the contiguous United States, where we had the best data and the most relevant cities for comparison. (Sorry, Alaska and Hawaii.)

There are some other caveats to this analysis. Temperature and precipitation are just two variables out of dozens that define a climate, so there will be many other shifts, including frequency and severity of extreme weather, that matter to people’s day-to-day lives. “The timing and total rainfall of the rainy season really matter for agriculture,” said Marvel. “What matters for city dwellers is the increase in precipitation extremes.”

The climate data used here is also a global projection that’s been downscaled, so some precision is lost when looking at smaller sections of the planet, like cities.