Today’s teens are better than you, and we can prove it

﻿The kids are all right.

We know this because every two years, the federal government asks thousands of teenagers dozens of questions about whether they are all right. Since 1991, it has sent something called the Youth Risk Behavior Surveillance Survey to more than 10,000 high school students every other year, to inquire about all sorts of bad behaviors that range from drug use to unprotected sex to fighting at school.

The overarching question this survey asks is basically: How much trouble are you getting into?

The answer, lately, has been, “Not that much at all” — especially when you compare today’s teens with their parents, who came of age in the early 1990s.

Most of the survey questions show that today’s teenagers are among the best-behaved on record. They smoke less, drink less, and have sex less than the previous generation. They are, comparatively, a mild-mannered bunch who will probably shoo away from your lawn quite respectfully (and probably wouldn’t dare set foot on your lawn to begin with!).

This is different from what adults typically expect. Polls show that we generally think teens’ behavior is getting worse. One 2013 study, for example, asked Americans whether the teen pregnancy rate had gone up, down, or stayed the same since 1990. Half of respondents said it was going up, and another 18 percent said it was the same. Only 18 percent got the right answer: Teen pregnancy has declined dramatically over the past three decades.

This isn’t just a story about teen pregnancy. Look, for example, at how today’s teenagers compare with the high school students of your day. Just tell us what year you were born.

Select the year you were born

And we’ll tell you how you stack up to today’s teens. (Unfortunately, government data only goes back to those born after 1972).

“There is a good amount of positive stuff we find, where the trend is improving and current prevalence is pretty low,” says Stephanie Zaza, who directs the Centers for Disease Control and Prevention’s Division of Adolescent and School Health.

Today’s teenagers are not perfect, and there are some ways teen behavior has gotten worse. Obesity is higher now than it ever was, and high school students do eat fewer vegetables. There are new risks, like e-cigarettes, that the government is just beginning to try to measure.

But when you look at the long-term trends on really important issues that have been tracked for decades — things like illicit substances and sexual behaviors — you see a surprisingly positive portrait of teenagers today.

One of the most stunning public health trends in the United States — not just for adolescents but for Americans of any age — is the dramatic decline in teen births.

In 1995, 5.6 percent of teen girls in the United States gave birth. In 2015, the rate was 2.3 percent. While overall childbearing has declined a bit in recent years (particularly during the recession, as economic pressures likely delay planned pregnancies), the drop has been especially steep among teenagers. 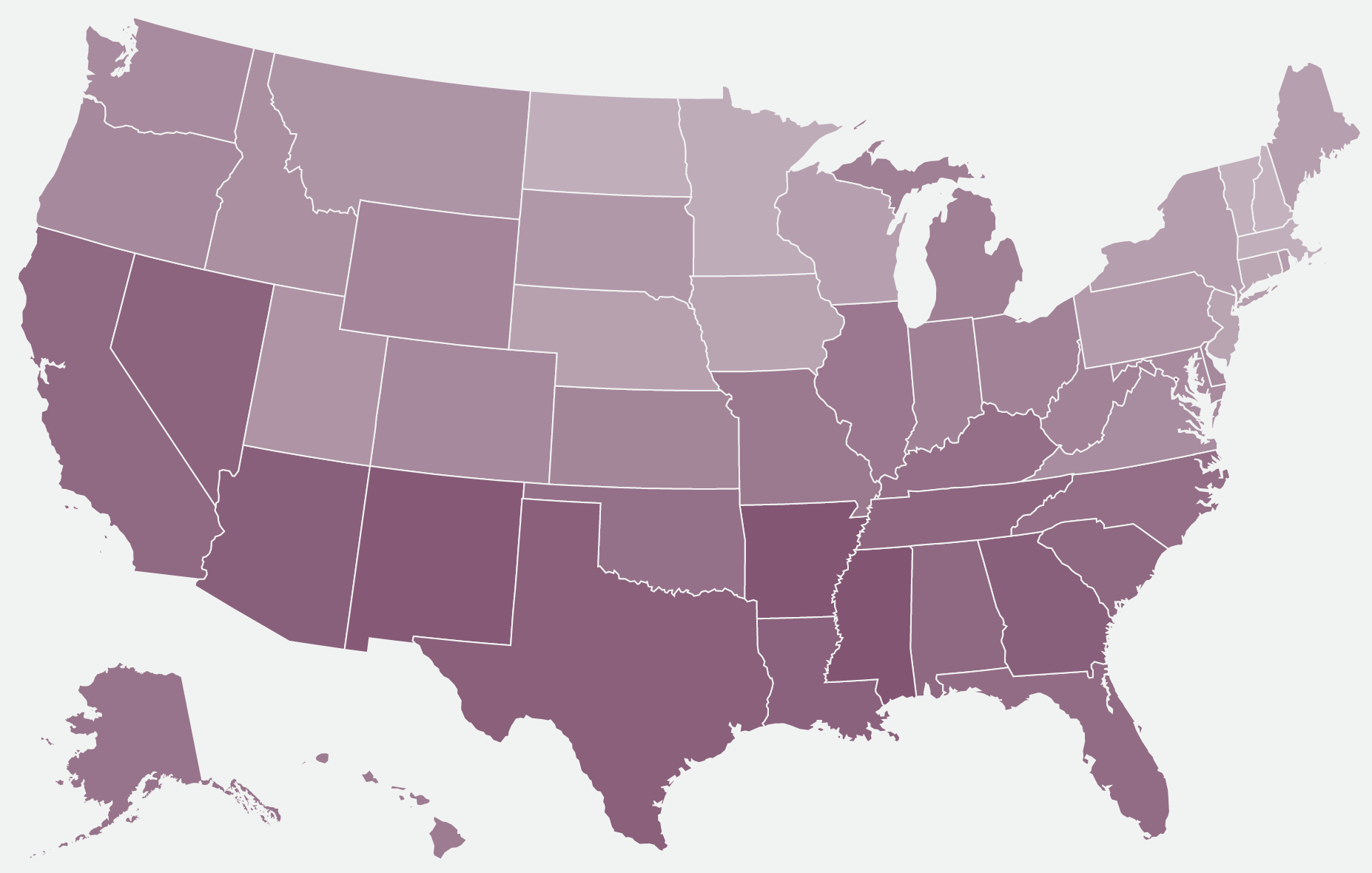 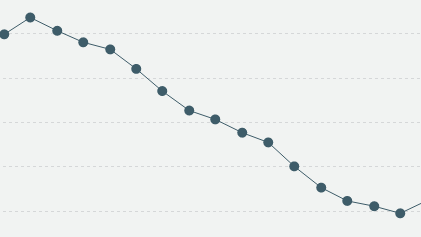 "It's exciting and really unprecedented to see these types of declines on a health issue," says Ginny Ehrlich, chief executive of the Campaign to Prevent Teen and Unplanned Pregnancy. "Last year alone, the decline was 9 percent. Having spent a decade in child obesity prevention, where change happens much slower, this feels monumental."

There are lots of ideas about what caused this fast decline, which we’ve explored in depth in a separate story. But one especially important trend that turns up in the data is the fact that teenagers today just have less sex than those of 10 or 20 years ago.

Back in 1991, if you were a high school student and thought most your friends had had sex, you were probably right. In 1991, 54.1 percent of teenagers said they’d had sex at least once.

That’s not true anymore: In 2015, 41.2 percent of teenagers answered yes to the same question. Less sex, unsurprisingly, can help explain why teenagers are having fewer babies.

There’s also preliminary data showing that teens are better at using contraceptives. Fewer teens are having unprotected sex, and teenagers appear to be gravitating toward types of birth control that are even better at preventing pregnancy. A separate data set shows that teens’ use of long-acting, reversible contraceptives has more than tripled since 2007.

Smoking used to be a symbol of teenage cool — think James Dean in a leather jacket, a cigarette casually dangling from his fingers.

“Since 1996 and 1997, we’ve gotten 75 to 85 percent reductions in smoking, especially among 12th grade students,” says Lloyd Johnston, who helps run University of Michigan’s Monitoring the Future survey, which also tracks adolescent behavior. “That will have a huge effect on longevity and health of these cohorts, on whole generations of young people.”

The decline in teen smoking mirrors a larger, nationwide drop in tobacco use. Interventions began in the mid-1960s, after the surgeon general first warned of cigarettes’ harmful effects. In 1969, the federal government added warning labels to cigarette packages and banned tobacco ads on television.

Arizona became the first state to ban smoking in certain public places in 1973 — the same year the government began requiring airplanes to offer nonsmoking sections. Throughout the 1970s and ‘80s, smoking bans in restaurants and planes started to become the norm.

At the same time, public health advocates pushed through higher cigarette taxes. The average inflation-adjusted price for a pack of cigarettes increased from $1.80 in 1995 to $4.15 in 2008.

“Teenagers tend to be a pretty price-sensitive group,” Johnston says. He believes the recent federal increase in tobacco taxes, which took effect as part of the 2009 stimulus package, helps explain the declines he’s seen in more recent years.

There is, however, one troubling figure in the most recent survey, conducted in 2015. That was the first questionnaire to ask students whether they’ve used any “vaping” technologies, like e-cigarettes or e-hookahs. 44.9 percent of high school students said yes, they had tried vaping. The most recent research suggests that e-cigarettes, while probably better for you than conventional cigarettes, are still worse for your health than not smoking or vaping at all. You can read more on the topic here from Vox’s Julia Belluz.

In 1995, 80.4 percent of teenagers told researchers they had tried alcohol. Today that number stands at 63.2 percent.

At the same time, alcohol abuse has seen a similar decline: The number of teens who report binge drinking (five or more drinks in the same night) has fallen by a third over the past two decades.

With cigarettes, there is a clear story about public health campaigns and tobacco taxes that helps explain why smoking declined.

But alcohol is a bit more of a mystery. Alcohol taxes haven’t increased in the same way tobacco taxes have. While there have been specific public health campaigns — most notably, the formation of Mothers Against Drunk Driving in the 1980s — nothing begins to mirror the massive national push to end smoking.

I tried looking at other illicit substances, particularly marijuana but also other drugs, but there doesn’t seem to be a replacement effect going on either — marijuana taking the place of booze, for example. Use of pretty much all illicit drugs (hallucinogens, ecstasy, heroin, and meth to name a few) has decreased while marijuana use has held pretty constant since the early 2000s.

Teen alcohol and drug usage over the years

“Generally, that’s not what we’ve seen,” says Johnston. “They’ve tended to co-vary together.”

There’s a hodgepodge of other ways teens are better behaved than their parents. They’re less likely to fight at school, for example, and more likely to wear a seat belt. They carry weapons to school less than the teens of generations past.

Seeing so many trends moving in the same direction suggests some bigger overarching explanation. Some have argued that the answer here is the decline in exposure to lead, which correlates well with some of the declines in teen crime and teen pregnancy. But at least one major recent study has questioned that relationship, suggesting it is based on faulty data.

And there are, of course, ways that kids these days are behaving more poorly. Vaping appears to be a new and significant public health challenge, with more than 4 in 10 students having used tobacco that way. The YRBS survey also finds that teens today eat fewer vegetables than the teens of yesteryear, spend more time in front of computers, and have become just slightly less inclined to wear sunscreen.

“One new thing we worry about is texting or emailing while driving,” says the CDC’s Zaza. “We only asked about it for the first time in the last survey, and we had 41 percent say yes.”

Zaza would like to see numbers like this fall: to see fewer teens texting while driving or using indoor tanning beds. (The government started that in 2009, and so far numbers are moving in the right direction.) But she never expects that the numbers would make it all the way to zero. That’s just not how adolescence works.

“I think adolescence is a time of inherent risk taking,” Zaza says. “It’s a time when you’re separating from your parents, when you want to take some risks. That has to happen and is important.”