Why aren't all the primaries on the same day? 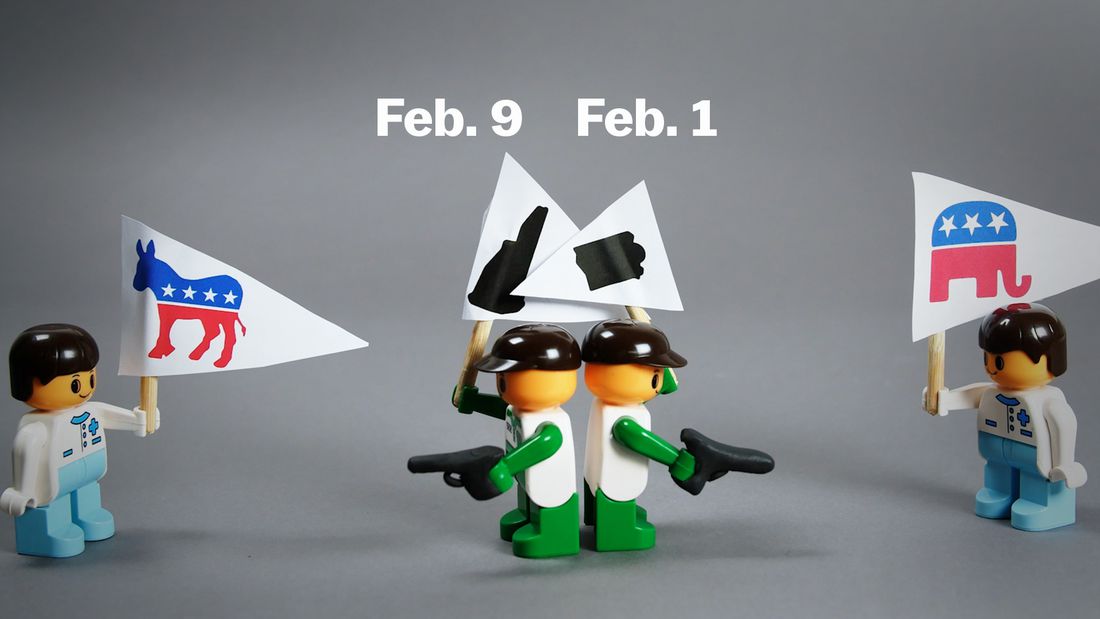 The presidential primaries affect us all. So why does it seem like they're decided by a few random people in the middle of nowhere?

Technically, delegates are, for the most part, awarded based on population and are selected by primary voters or caucus-goers in all 50 states.

But that's not the whole story. Timing matters, and it matters a ton. Voters in Iowa and New Hampshire, who have already voted, basically end up having votes that are five times more powerful than the rest our votes.

The power of the media, and how people respond to earlier results, makes a huge difference.

A win in Iowa or New Hampshire can give candidates momentum in later states, and a loss can force others to drop out before most states even vote.

Which means if you live in a state with a later primary, your vote really doesn't matter much.

Iowa and New Hampshire like going first. Voters there reward politicians who promise to let them keep going first.

Both states even have laws that require them to schedule their nominating contests before any other states.

So how come there isn't a national primary day, so our votes are really equal?

Watch our new video above; these squirrelly little Legos will explain.