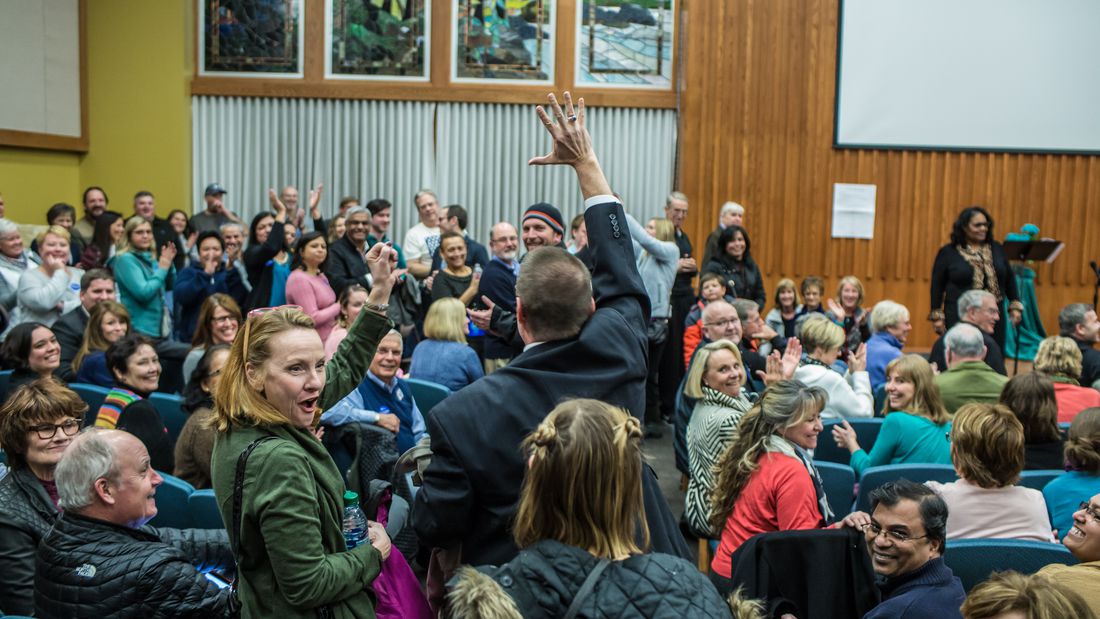 The results in Iowa — the first time a state's actual voters weigh in in the presidential nomination contest — can make the national contest turn on a dime. Barack Obama won Iowa in 2008, and he suddenly shot up to become competitive with Hillary Clinton in national polls. John Kerry came out of nowhere to win Iowa in 2004, and the presumed leader, Howard Dean, collapsed with astonishing speed.

But let's step back for a minute, and ask: Why do the quirky Iowa caucuses have this tremendous impact on the race, anyway?

The state is small. Its population is overwhelmingly white. Turnout for the caucuses is absurdly low. Democrats don't even get a secret ballot. And vanishingly few of the delegates who will actually determine each party's nominee at the national conventions will be from Iowa. So why do we care so much about who wins?

What are the Iowa caucuses?

The Iowa caucuses are the first time actual voters all across any US state get up and go say who they want to be president.

And these voters do literally have to "get up and go" — to an in-person event, held at a specific time in the evening, at one of 1,681 precincts across the state. There's no absentee voting, so if you're bedridden or out of the state, you've historically been out of luck.

(This year, for the first time, both parties let out-of-state members of the military participate by web, and Democrats made some allowances for other Iowans who might have trouble showing up.)

The caucuses are administered separately by each major party, and Republicans and Democrats have quite different rules. This year, the GOP contest was simple: After some opening rigmarole at their caucus sites, an ordinary secret ballot vote on presidential candidates was conducted, and the totals were tallied statewide.

The Democratic caucuses are far more complicated — they're rowdy, hours-long public affairs, with back-and-forth debate among attendees who have to go physically stand with other supporters of their preferred candidate. "It's kind of like a carnival, where the candidates' supporters say, 'Come over to us, to our group!'" says Drake University political scientist Dennis Goldford.

There's no secret ballot, and if a Democratic candidate doesn't get enough supporters in a precinct (15 percent of attendees), he or she is eliminated, reality show style.

Why should I care who wins the Iowa caucuses? 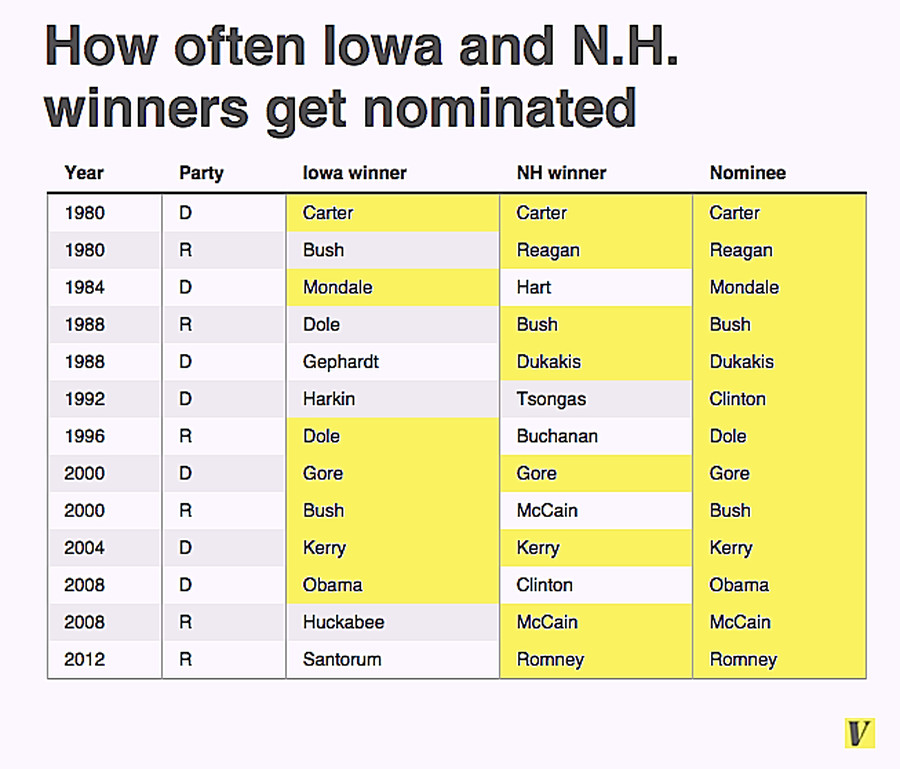 Like it or not, the Iowa results appear to be hugely important in determining who the major parties’ presidential nominees will be — particularly when considered alongside the impact of fellow early state New Hampshire.

And, importantly, even if the Iowa victor doesn’t end up winning the nomination in the end, the state’s results can dramatically shake up the presidential contest — knocking some candidates out of the race entirely, while elevating others to top-tier status in the eyes of political elites and future voters.

"You think about the number of people who participate" — usually a little more than 100,000 people per party, meaning around 20 percent of eligible caucus-goers — "and Iowa has just an amazing, outsize impact on the country," says Democratic pollster Stan Greenberg.

But why, exactly, does this small-time contest affect the larger race so much?

Like you and I, the political world is obsessed with the question of who can actually win in each presidential nomination race. And a large part of that world has come to believe that the caucus outcomes help shed some important light on that question. (Remember, before Iowa, assessments of who can win are mainly based on polls — and polls, of course, can be wrong.)

It's pretty weird: Essentially, the Iowa caucuses are important because the media, the candidates, and the political world more broadly all treat their results as greatly important in determining who can win. And this plays out in several interacting ways:

All of these dynamics, it should be noted, also apply to New Hampshire (and, to a decreasing degree, to other states as the process continues). The media, the candidates, political elites, and to a certain extent voters elsewhere all act on the signals they believe Iowa and New Hampshire are sending them. And that's how these early state contests dramatically reshape the nomination landscape long before the vast majority of the American people get to weigh in.

This is an abbreviated version of a longer article, originally published on January 25, 2016, which also includes an analysis of the current race.