Transit of the future needs smarter routes, not more gadgets 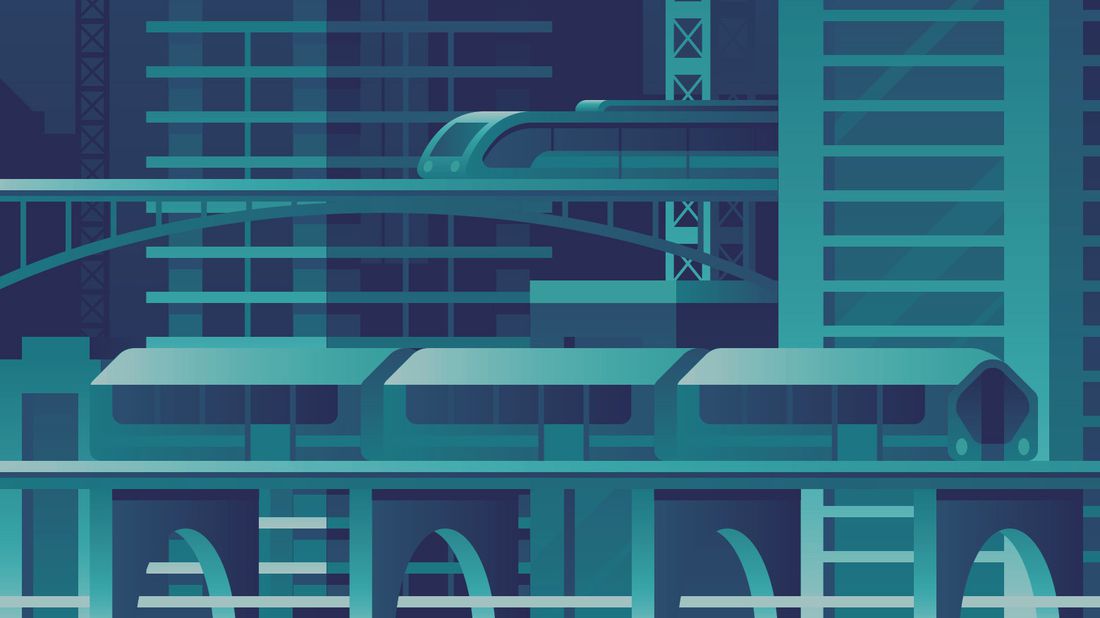 Technology is changing the commuting experience across the board, and politicians looking to present a forward-thinking image are trying to embrace it. New York Gov. Andrew Cuomo and the New York City Transit Authority, for example, are eagerly touting a soon-to-arrive new bus fleet that will feature "enhanced amenities like USB charging ports and Wi-Fi."

But a recent nationally representative survey of transit riders from TransitCenter, a New York–based foundation focused on improving urban mobility, indicates that high-tech gimmicks are a very low priority for the people who actually use mass transit.

The future of successful, high-ridership systems may or may not involve USB ports but will definitely include reworked routes that provide reasonably fast and frequent service close to where many people live.

The key data comes in a chart, which compares how people who recommend their local transit service feel about various transit attributes versus how transit detractors feel about them.

On some measures — like fare payment options — both promoters and detractors feel pretty good, indicating both that agencies are probably doing something right and that merely getting it right isn’t good enough to convert detractors into promoters. 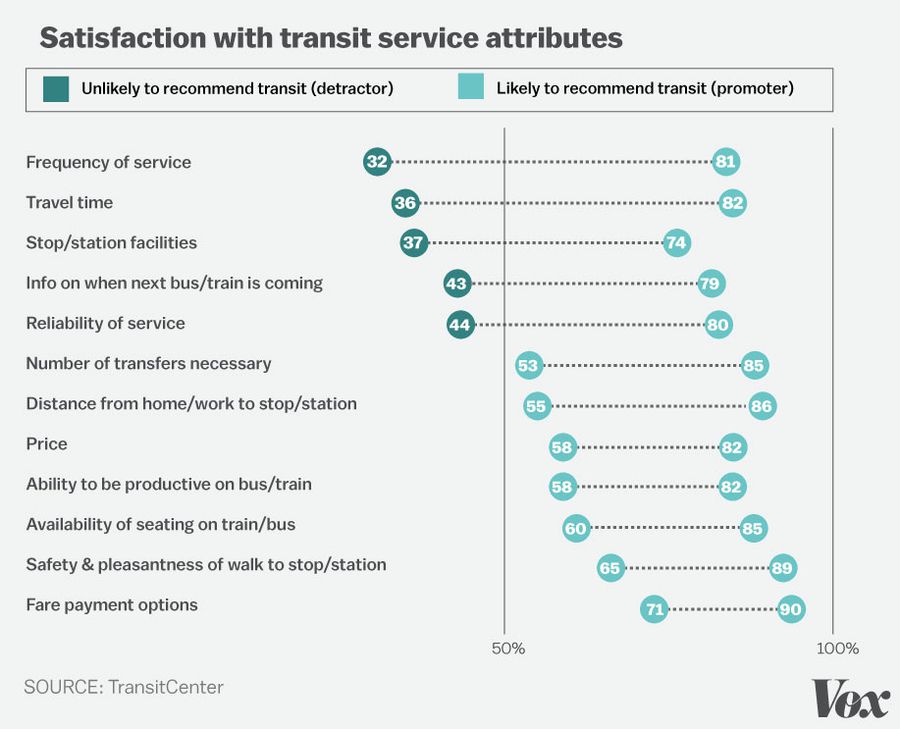 The biggest gap, however, occurs in two key areas.

It’s easy for politicians to give short shrift to these measures because they’re not readily visible from the outside. A dingy bus and a shiny new bus look very different within an instant, but you need to regularly use a bus line to get a sense of how frequently it comes and how fast it travels.

In the real world, delivering a fast and frequent transit experience generally involves some trade-offs.

Houston’s successful ridership-boosting redesign of its bus system is a perfect example.

The city’s leaders decided that they wanted to increase bus ridership without increasing spending too much. To get the job done, they eliminated a whole bunch of bus lines and repurposed the vehicles to create a citywide grid of lines that offered consistently frequent bus service.

The downside is that this meant some people were now further away from a bus line or had to make a transfer to get to their destination. But offering fewer lines meant Houston was able to make the remaining lines better, with buses arriving much more frequently.

The result is a map that looks worse — more blank spaces — but works better in practice, with concentrated bursts of frequent service hitting Houston’s most densely populated corridors.

Many routes around the country, including in Washington, DC, where I live, stop incredibly frequently. This is nice in the sense that nobody has to walk very far to a stop. And it works okay during late-night hours when most stops are unused and can be easily skipped.

But during any reasonably busy period, frequent stops mean that buses travel much slower than private cars, since they’re constantly starting and stopping.

Better infrastructure and better payment procedures can speed this up, but there is a fundamental trade-off: A fast bus can’t stop every two blocks.

The future is about being useful

For example, if you want to do something high-tech, note that one item with a big gap between satisfied and unsatisfied customers is information about when the next bus or train is coming. This kind of data has long been a staple of the better rail transit systems around the world, but modern GPS technology makes it feasible to deliver for bus lines, as well. And smartphone apps make it possible to deliver arrival information not just to fixed locations at stops but directly to customers’ pockets.

Many bigger cities like DC and San Francisco have been doing this for years, but smaller cities where transit is a lower-profile issue have been slower to get up to speed.

Unfortunately, instead of focusing on things that are useful, many cities are pouring money into transit upgrades like streetcars that run in regular city traffic. These vehicles certainly look more impressive than a humble bus, but because they run in mixed traffic and can’t switch lanes they generally move more slowly than a bus.

Technology’s most useful role in upgrading mass transit is probably on the data side. Consolidating routes and shuttering stops can make a network much more useful to many people, but it will also inconvenience others. Gathering the data and analytics to make smart trade-offs on route design will save money and boost ridership, building both political support and financial resources needed for new investments in expanded service.