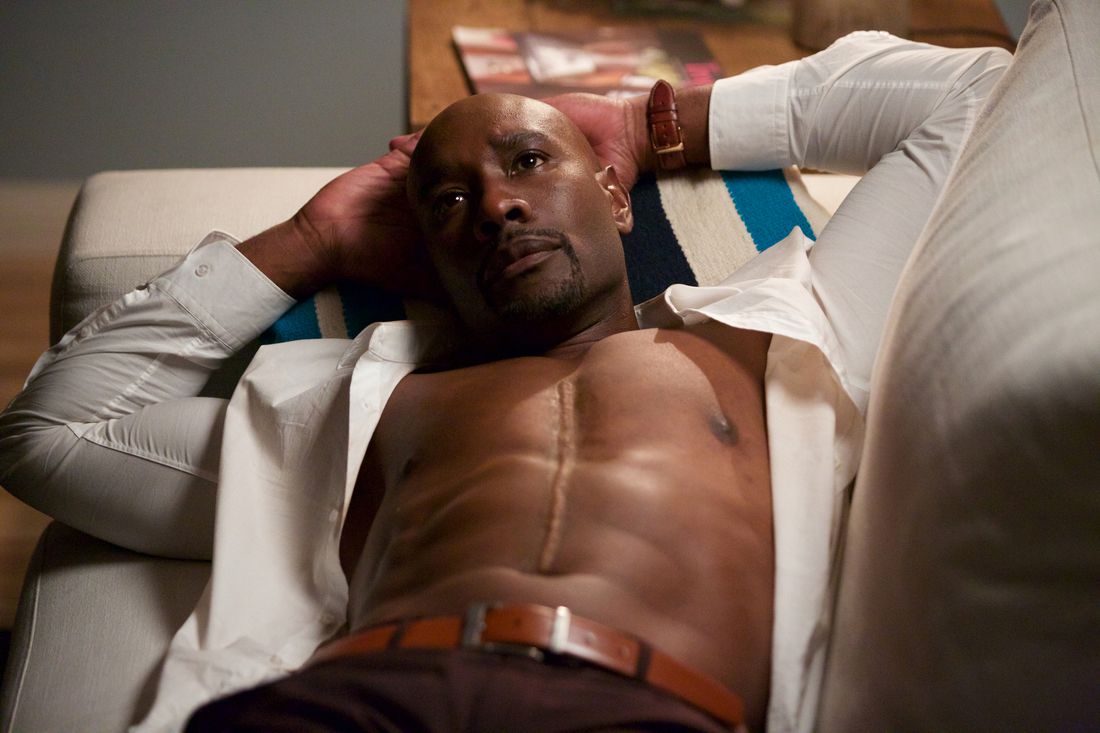 The premise in 100 words or less: This new procedural stars Morris Chestnut as Beaumont Rosewood Jr., Miami’s best (and best-dressed) medical examiner, one with a heart condition, an eye for detail, and a zest for life. He’s paired with tough, independent detective Annalise Villa (Jaina Lee Ortiz) to solve the city’s most perplexing cases. There are quips, there are sports cars, there are opposite personalities learning to work together — and for a show about solving murders, it’s surprisingly breezy.

"Fun" fact: The supporting cast includes Domenick Lombardozzi (The Wire’s Herc) as the police captain and Orange Is the New Black’s Lorraine Toussaint as Rosewood’s mother.

Should you watch? We can think of worse things to have on in the background than beautiful sunny Miami scenes — not to mention sometimes-shirtless Morris Chestnut.

Will this show be back for fall 2016? The world is not short on medical procedurals, but it hasn’t hurt their popularity any. Plus, the lighter vibe and talented cast makes this stand out from the pack.

Related: Our critic named Rosewood one of the most disappointing new shows of the fall 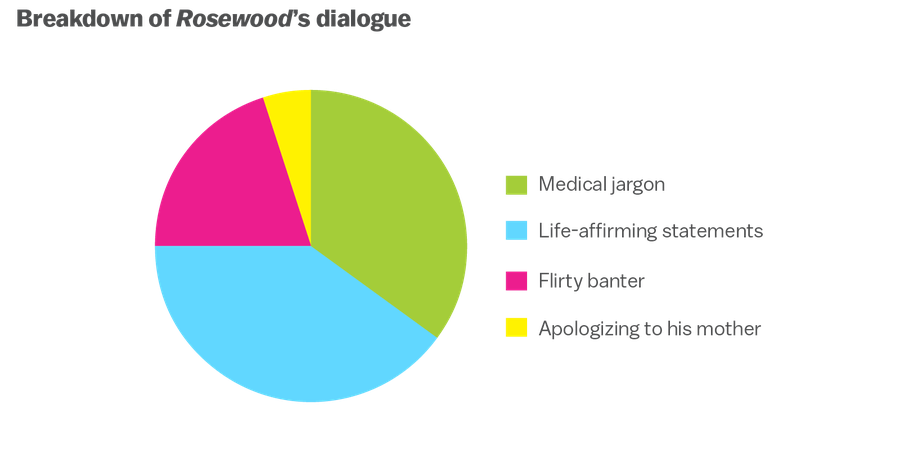 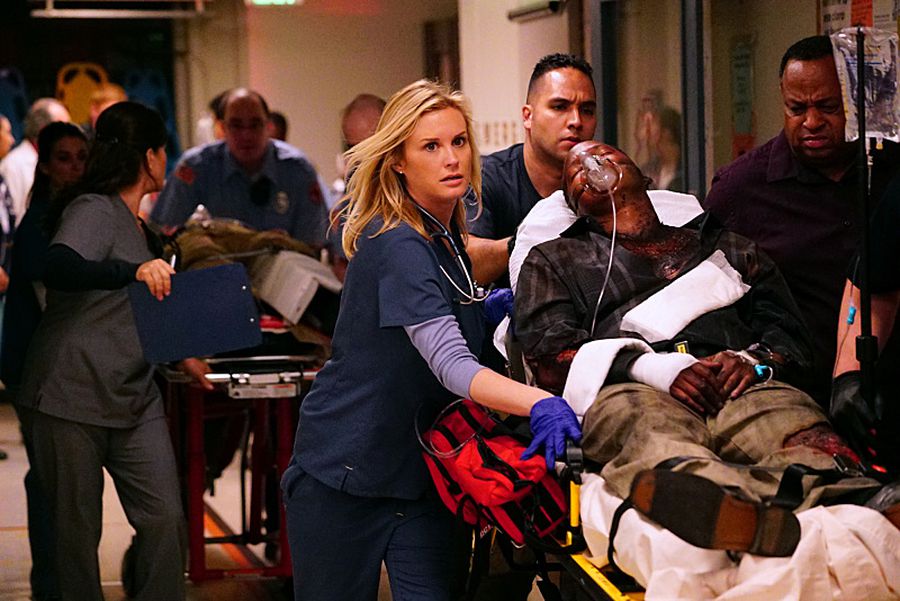 The premise in 100 words or less: Academy Award-winner Marcia Gay Harden plays Dr. Leanne Rorish, a slithery-voiced ER residency director, in a Los Angeles hospital that's known for the busiest, most traumatic, action-packed ER in the entire world. This is Code Black. Harden is following in the footsteps of Tea Leoni in Madam Secretary and Christine Baranski in The Good Wife— badass, fragile, complex women who happen to be in CBS dramas.

"Fun" fact: Code Black is based on a 2013 documentary of the same name.

Should you watch? Maybe, and only for Luis Guzman.The documentary is better.

Will this show be back for fall 2016? Probably. Code Black isn't a great show, but it's not for lack of trying. It looks expensive, it has that Sorkin-ish dialogue, and it incorporates the Shondaland formula of putting four or five good-looking people into a "program" where they learn about life. But it all feels a little put-on and artificial, like it's playing dress-up as something better. This might not stop it from being renewed. 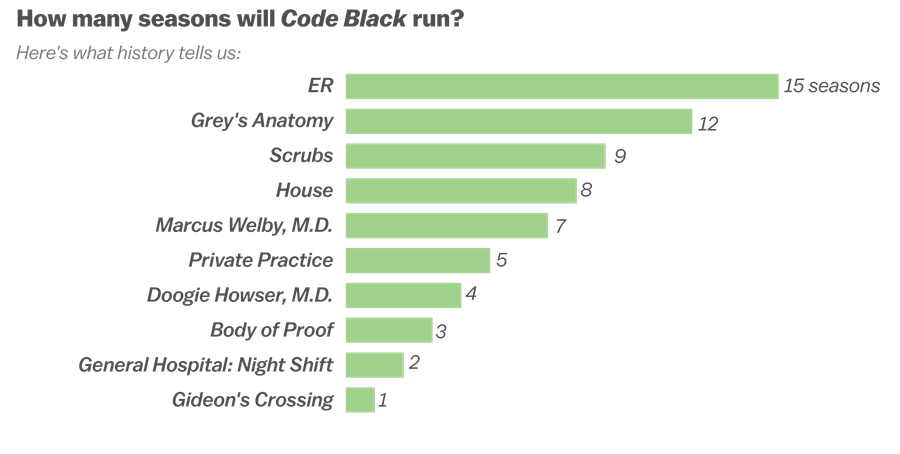 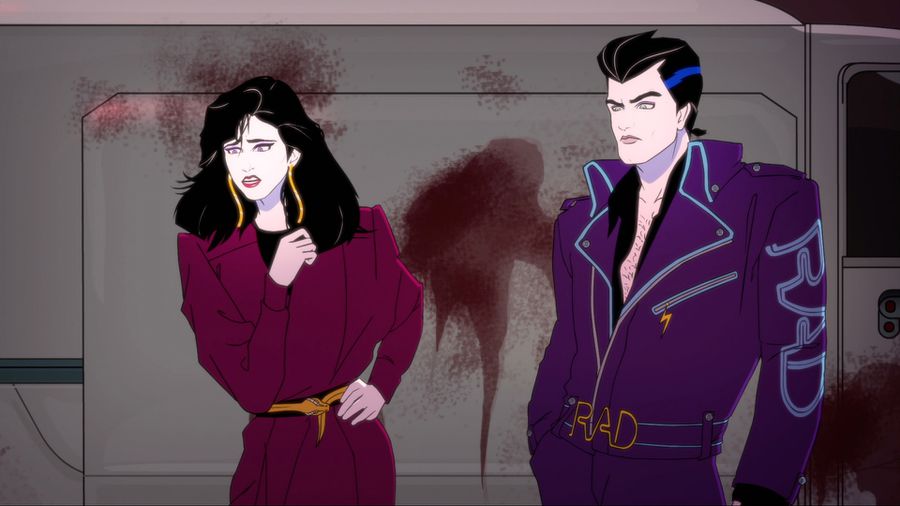 The premise in 100 words or less: Handsome cad Dazzle Novak (Rob Lowe) is a renegade cop who doesn't give a shit what you think. His commanding officer, Pizzazz Miller (Elizabeth Banks), is unimpressed by Dazzle's dazzle, but also, a little turned on. Plucky tech wiz Chrysalis Tate (Kate Mara) and Dazzle's rival Rad Cunningham (Will Forte) round out the cast of this animated — and we quote — "absurdist, retro-futuristic '80s cop extravaganza."

Should you watch? The first few episodes feel so much like "Archer as an '80s cop" that it's hard to tell how much of an identity Moonbeam City actually has on its own. And while it's cool that Lowe's busy this pilot season, he is still no H. Jon Benjamin, so some of Dazzle's douchier lines fall flat. But the spiky '80s animation is gorgeous, and if Lowe can keep up with Banks and Forte in the future, Moonbeam City could settle in nicely.

Will this show be back for fall 2016? Only if it can secure its existing talent, which is impressive, but busy. 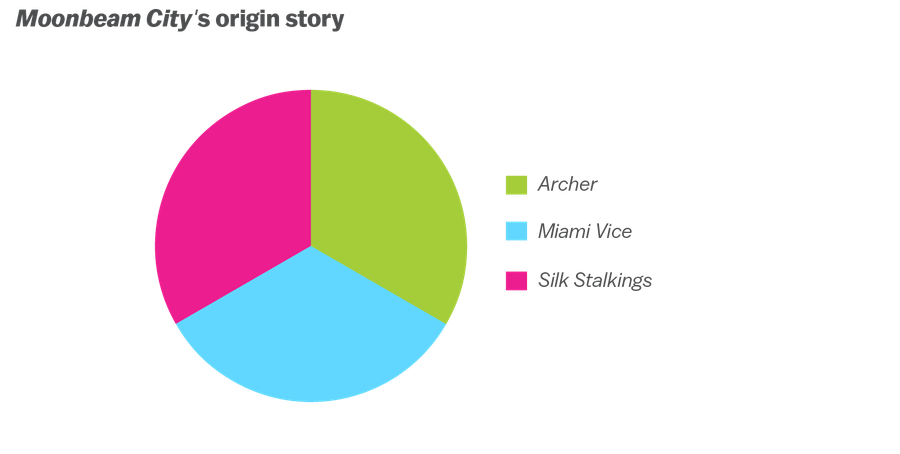 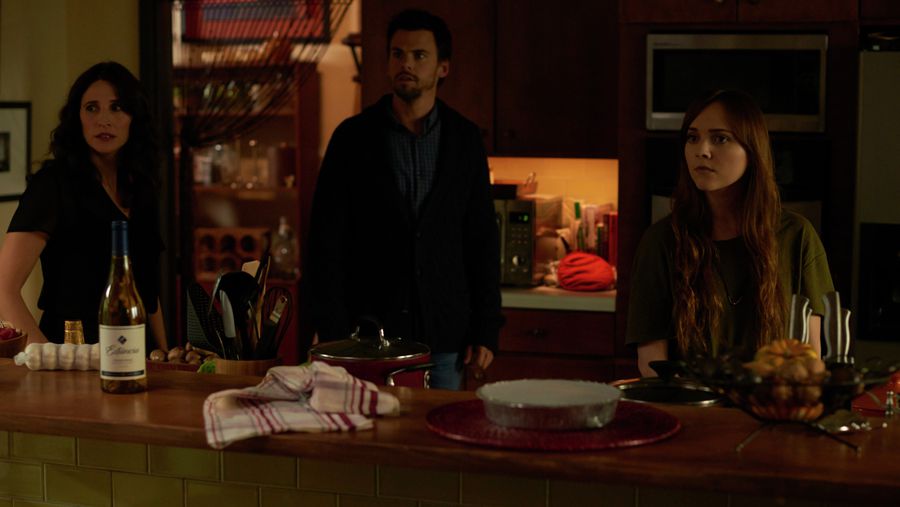 The premise in 100 words or less: It's a family dramedy! Really, you probably don't need to know more than that, but this series explores the modern world of romance, through the lens of one family. There's recently divorced mother Valerie (an excellent Michaela Watkins). There's her brother, Alex (Tommy Dewey), who invented a Tinder-like dating site, only to gain little credit for it. And there's Valerie's teenage daughter, Laura (Tara Lynne Barr), who has your typical teenage problems. Is there much to this series beyond that? Through four episodes, not really, but it's a pleasant way to kill time.

"Fun" fact: Casual is executive-produced by Jason Reitman (director of Juno and Up in the Air, among others), who directed the pilot. Watkins has appeared frequently in Reitman's monthly "live-read" series in Los Angeles, in which actors essay famous roles from other films and TV shows in live readings of those scripts. Roles Watkins has played include Sandy from Tootsie and Karen from Goodfellas.

Should you watch: This one's a toss-up. If you like low-conflict dramedies and/or the performances of Watkins, tune in. If you're tired of the small-scale travails of rich white people, avoid it like the plague.

Will this show be back for fall 2016? It's very hard to say. Sure, Hulu renewed Difficult People out of its recent batch of live-action originals, but that show's sort of the polar opposite of this one. We'll tentatively lean toward no.

Update: Between final edits and publication, Hulu renewed Difficult People. The article has been changed to reflect that.