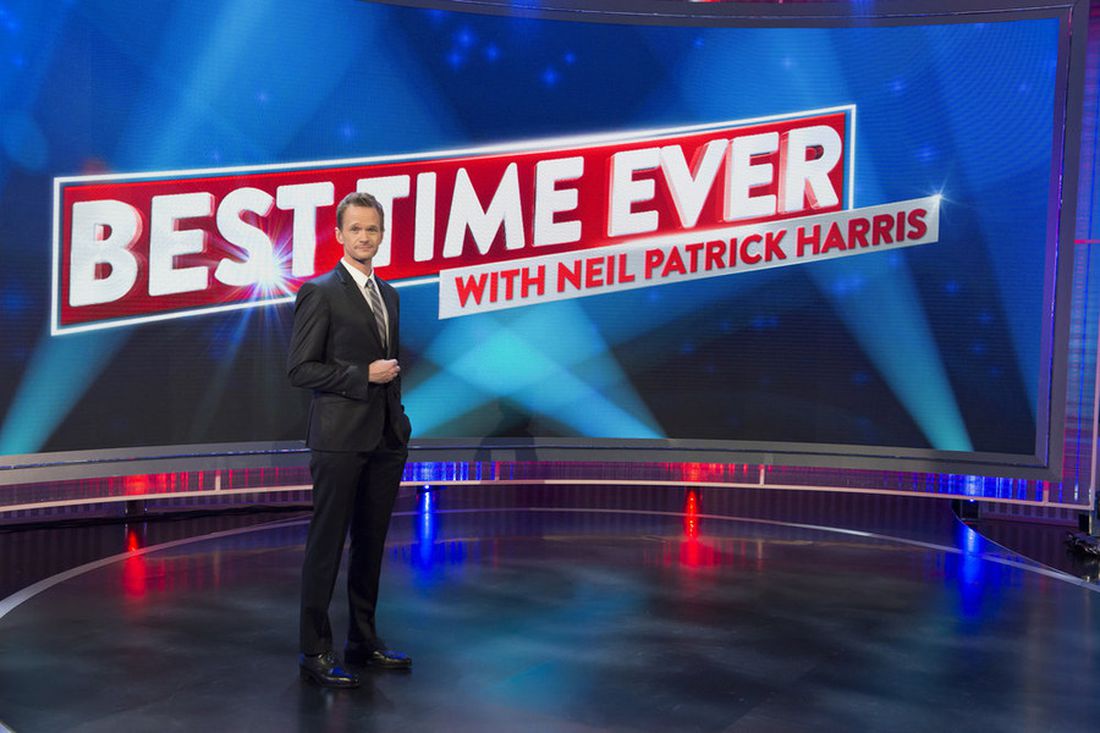 The premise in 100 words or less: Like many things in America, this is based on something the British thought of first (in this case, a show called Ant & Dec’s Saturday Night Takeaway). The show promises a mind-boggling combination of sketches, hidden-camera pranks, game-show elements, song-and-dance numbers, and host Neil Patrick Harris in disguise, among other elements, all studded with celebrities (Jesse Tyler Ferguson! Jane Krakowski! Cobie Smulders!) and filmed in front of a live audience. The many disparate premises will likely lean heavily on Harris’s charm to keep everything together.

Should you watch? You should watch this if you a) are a big NPH fan, b) enjoy watching celebrities do silly things, or c) just want to figure out what the hell is actually going on.

Will this show be back for fall 2016?: Enjoy it while it lasts; this show seems too all-over-the-place to live past one season. 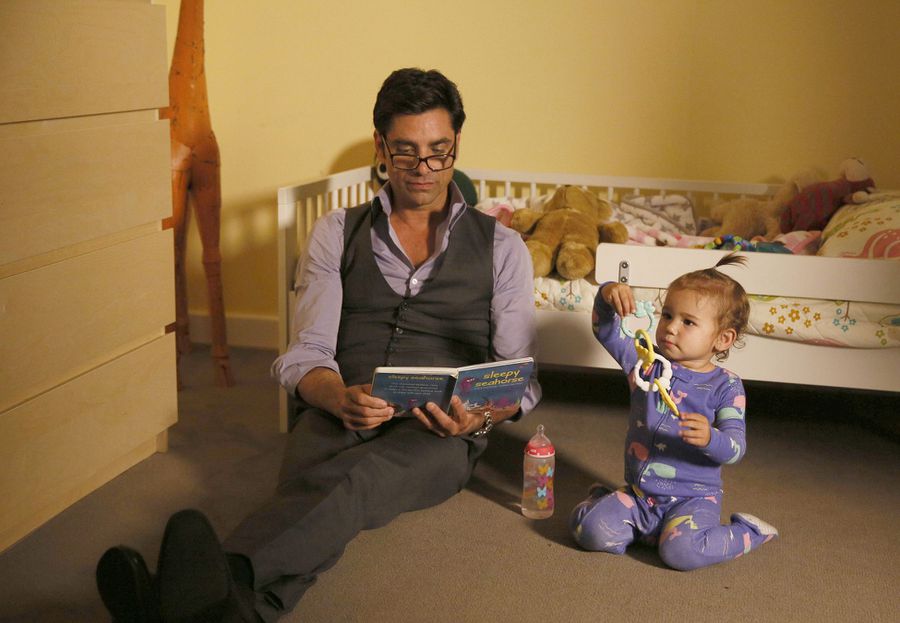 The premise in 100 words or less: Eternal, seemingly ageless sex symbol John Stamos plays successful restauranteur and committed bachelor Jimmy Martino, who unexpectedly learns he not only has a son (played by Drake and Josh's Josh Peck), but also an infant granddaughter. Which is so weird, because John Stamos totally doesn't look old enough to be a grandfather, right? Right??

"Fun" fact: When show creator Daniel Chun (a former writer for The Simpsons, The Office, and Happy Endings) pitched Stamos the show's original title, Grandpa, the star claims he responded with a cheery, "How about 'fuck you'?"

Should you watch? Eh, why not? Once you get past its labored premise, Grandfathered appears to be a fairly standard, pleasant-enough non-traditional-family comedy in the vein of Modern Family and its many imitators. Your mom will probably really like it, and it's always good to have things to talk to mom about.

Will this show be back for fall 2016? Tough call. Grandfathered is paired on Tuesday nights with another Fox newcomer, the Rob Lowe-starring The Grinder, establishing a sort of handsome-older-white-dude comedy block leading into the network's much-buzzed-about Scream Queens. Fox seems to be betting on the combined star power of Stamos and Lowe to help reinvigorate its flagging Tuesday-night comedy lineup after the loss of Glee and The Mindy Project and New Girl's move to midseason. But new comedies have missed more than they've hit on Fox Tuesday nights, and the similar-looking The Grinder and Grandfather could end up canceling each other out. On the other hand, never doubt the power of handsome white dudes to draw a committed audience. 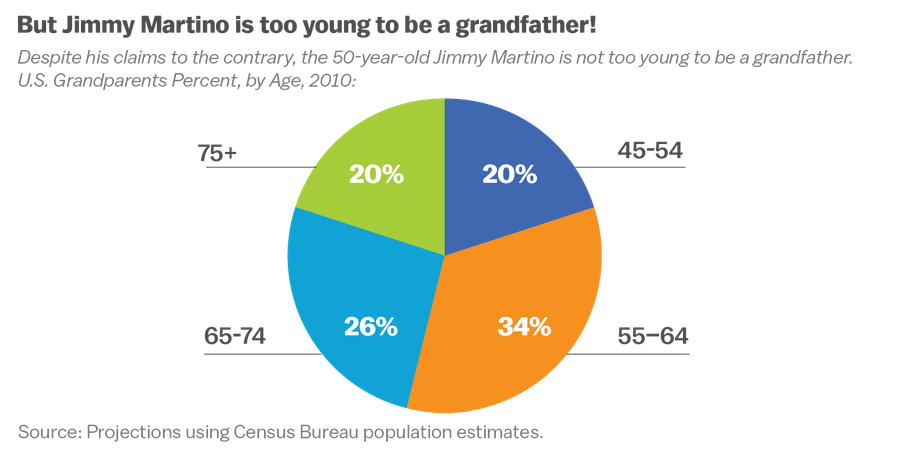 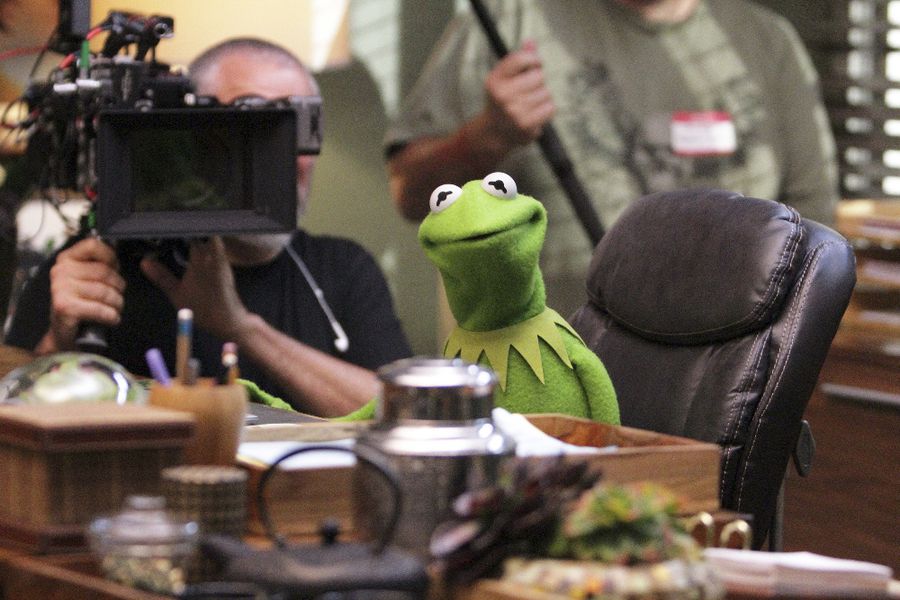 The premise in 100 words or less: Miss Piggy. Kermit. Fozzie Bear. Gonzo. Rowlf. Scooter. These are Muppets and they have a new show that will focus on their day-to-day life and relationships as they try to produce a late-night show called Up Late with Miss Piggy.

"Fun" fact: Muppet is a weird word that Jim Henson created himself. It is a portmanteau of the word "marionette" and "puppet."

Should you watch? Yes. We've gone over how smart and meta The Muppets' marketing machine has been — they promoted Miss Piggy's and Kermit's breakup as a commentary on the state of entertainment reporting today — leading up to the show's premiere. Sure, we may be talking about Muppets, but there's plenty of brain and talent here. (The first season's guest stars include Elizabeth Banks, Reese Witherspoon, and Kerry Washington.)

Will this show be back for fall 2016? If half the people who cared about the Miss Piggy and Kermit breakup watch the show, there's no reason it can't go on for at least a second season.

Related: The Muppets made Vox's list of the best new shows of the fall 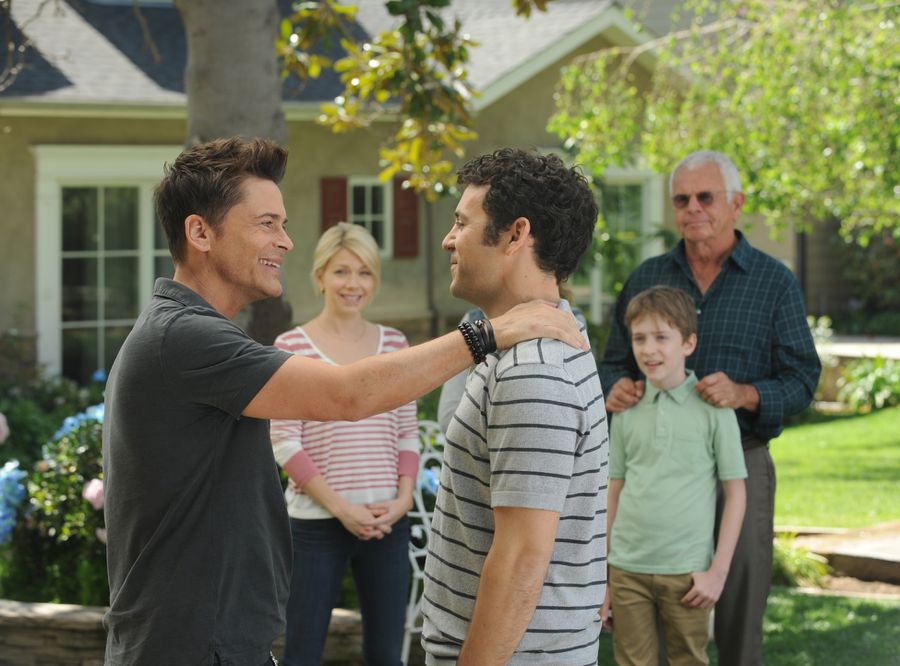 The premise in 100 words or less: Suave actor Dean Sanderson (Rob Lowe) just wrapped up his television series, in which he played a suave lawyer. His brother Stewart (Fred Savage) is a lawyer IRL. Dean doesn't know what to do now that his show's over, but he knows he can sell the hell out of a court case. Stewart's bitter that his smooth-talking brother can convince people of whatever he wants when he's the one with the substance. You see where this is going.

"Fun" fact: Anyone wondering where Fred Savage has been just needs to take a closer look at the directing credits for shows includingModern Family, Party Down,Happy Endings, 2 Broke Girls, It's Always Sunny in Philadelphia, and more.

Should you watch? As it stands now, The Grinder is completely inoffensive. In the future, it could be pretty great. Lowe and Savage are clearly having fun, and if the show bothers to shade out Mary Elizabeth Ellis' boring wife character (and introduce Natalie Morales as promised), there could really be something here thanks to a game cast.

Will this show be back for fall 2016? You never know with comedies, but the cast and heavy promotional push sure make it seem like Fox wants this one to work.

Related: The Grinder made Vox's list of the best new shows of the fall 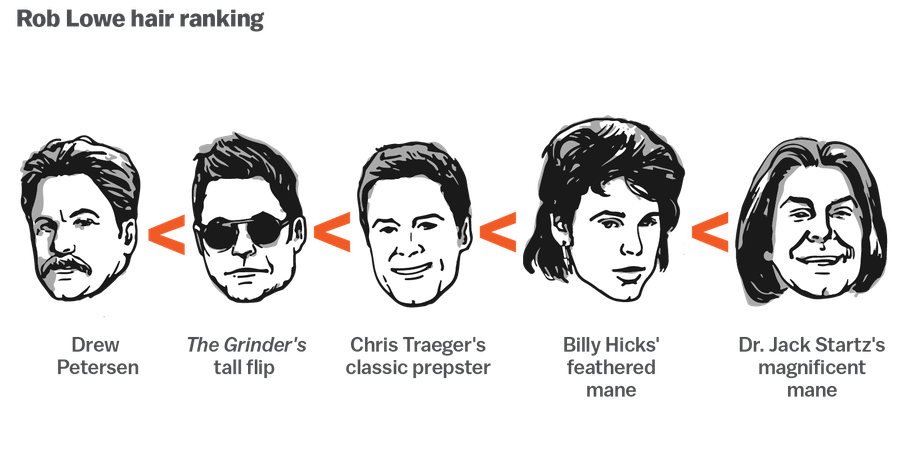 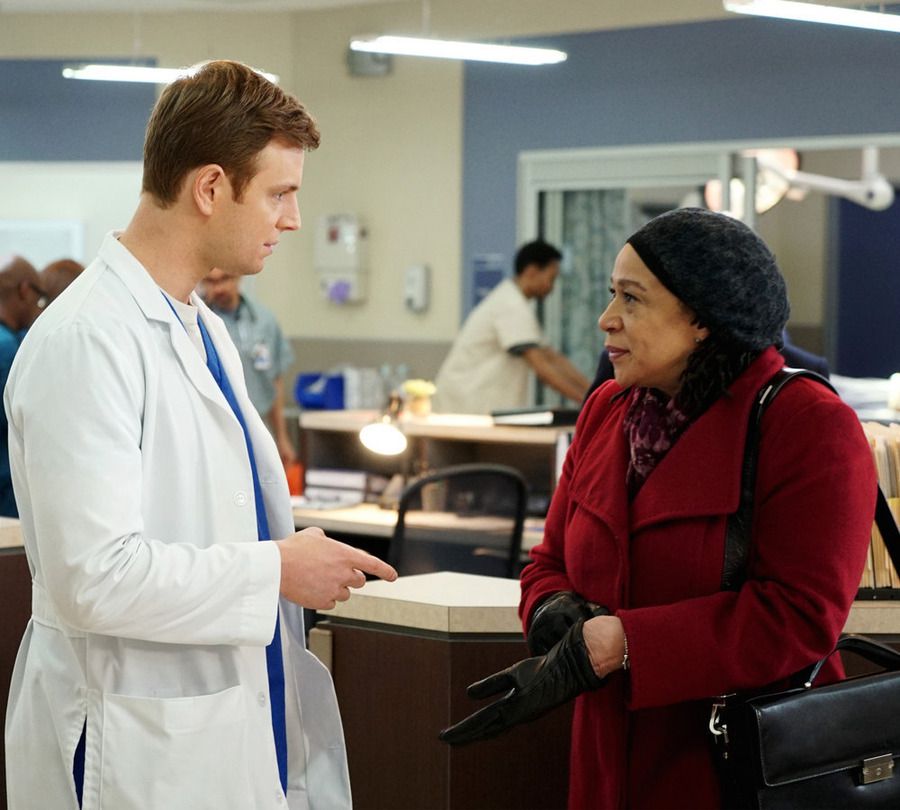 The premise in 100 words or less: Chicago Med is the third installment in the Chicago (Fire, P.D.) franchise. Fire and P.D. are pretty self-explanatory, so you can probably guess by Chicago Med's title that it's about doctors and a hospital.

"Fun" fact: Yaya DaCosta, one of Chicago Med's leads, got her start as the runner-up in the third cycle of America's Next Top Model.

Should you watch? If you like the other two Chicago shows or have seen every special episode of Grey's Anatomy (bombs in bodies, shooters at hospitals, etc.), by all means go ahead.

Will this show be back for fall 2016? Yes. The Chicago franchise is really successful and has a loyal audience. There's no reason why Chicago Med won't tap into that same audience. 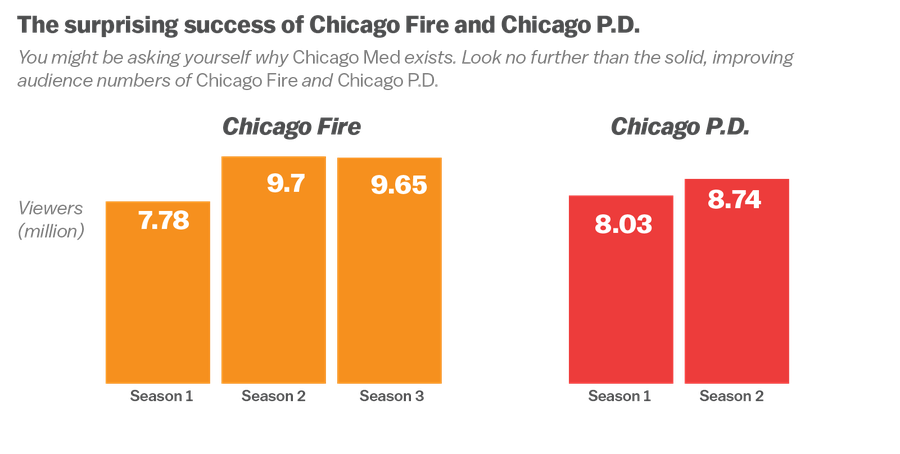 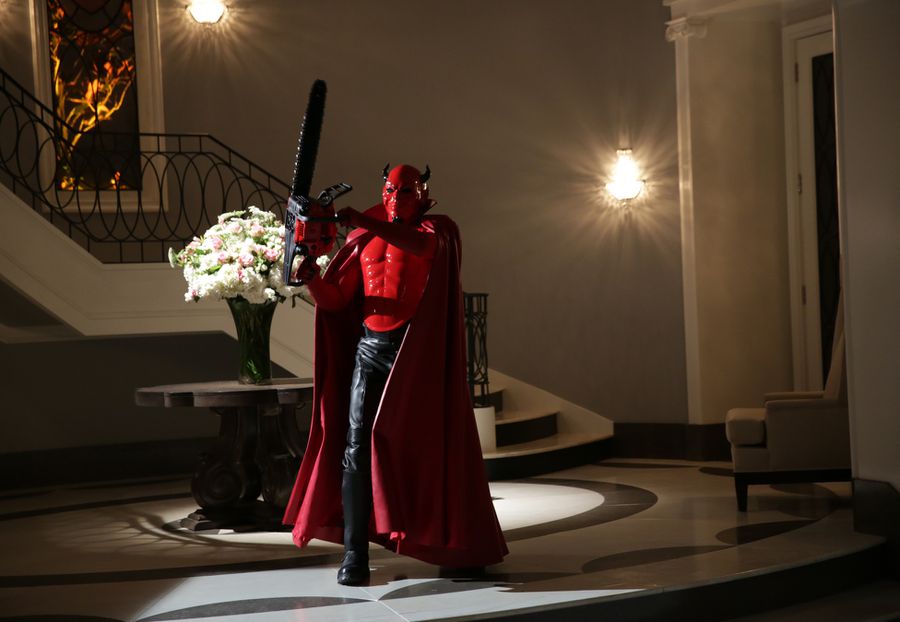 The premise in 100 words or less: Ryan Murphy (American Horror Story, Glee) puts his campy stamp on the slasher genre with Scream Queens. Twenty years after a series of murders at Wallace University, a killer in a red devil costume is once again terrorizing the campus — particularly the Kappa Kappa Tau sorority, led by queen bee Chanel Oberlin (Emma Roberts) and her band of mean girls (also all called Chanel). Halloween star Jamie Lee Curtis plays Dean Munsch, who’s out to take the Chanels down a peg by forcing the elitist sorority to accept even the most unfortunate pledges.

Should you watch? A big part of the fun of Ryan Murphy shows is watching them go completely, gloriously off the rails — and this has all the signs of being his most ridiculous show yet. (In the very first episode, there's a character named "Deaf Taylor Swift," and someone gets her head mowed off by a ride-on lawnmower.) We can’t wait.

Will this show be back for fall 2016? Almost certainly: Murphy’s already announced plans to anthologize the series, with the next season picking up with the first season’s survivors. 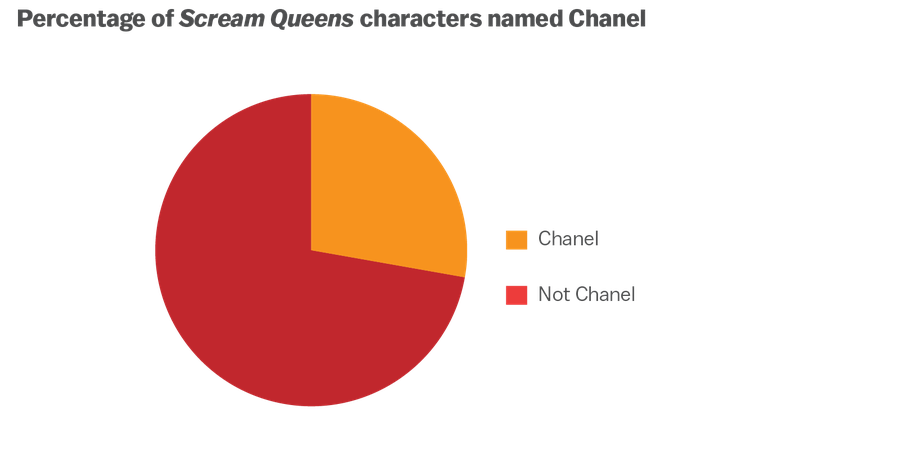 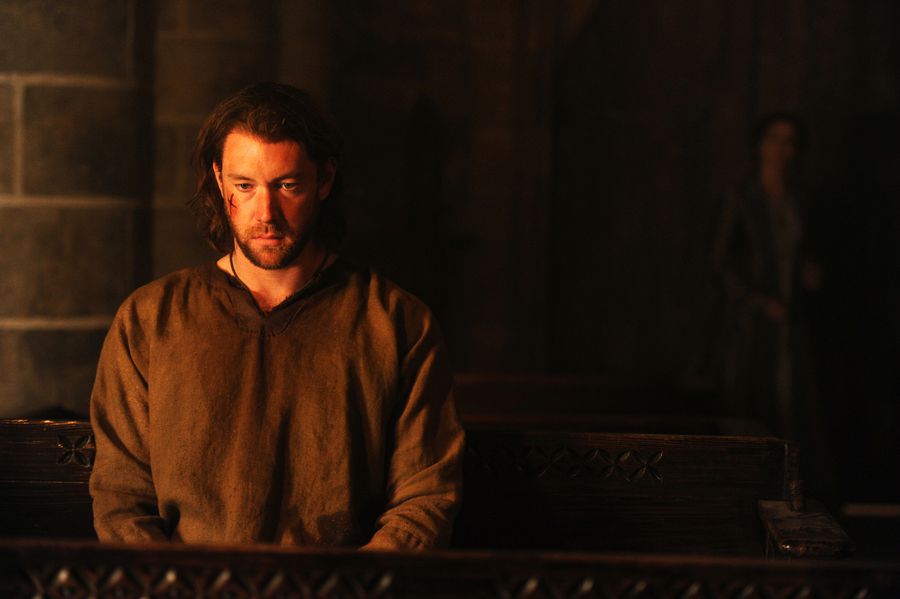 The premise in 100 words or less: This medieval-set drama from Kurt Sutter, the creator of Sons of Anarchy, blends that series' hard-edged violence and explorations of masculinity with weirdo mysticism straight out of legends contemporary to the time period. At Bastard Executioner's center is Welshman Wilkin Brattle, who longs for a life of peace after fighting a bloody war, but soon finds himself pushed into even bloodier intrigue, when he is bid by a divine message to become an executioner. There's all the political intrigue you'd expect from an FX spin on Game of Thrones and/or Outlander.

"Fun" fact: Sutter, who also cast himself in Sons, has cast himself in this project as someone called "The Dark Mute." Other guest stars include Americans star (and Welshman) Matthew Rhys and singer-songwriter Ed Sheeran. Yes, that one.

Should you watch? If you've been missing Sons, it's worth a shot. It might also fill the Game of Thrones-shaped hole in your heart. It's far from the best show this fall, but Sutter knows how to create a pilot, and there are several nice moments in the first two episodes.

Will this show be back for fall 2016? Though the first episode's ratings were soft, our divination and prophecy point to yes. 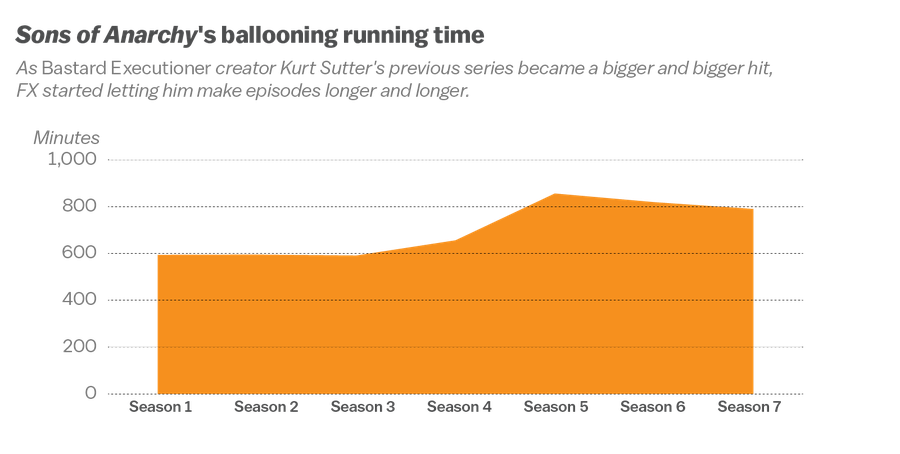 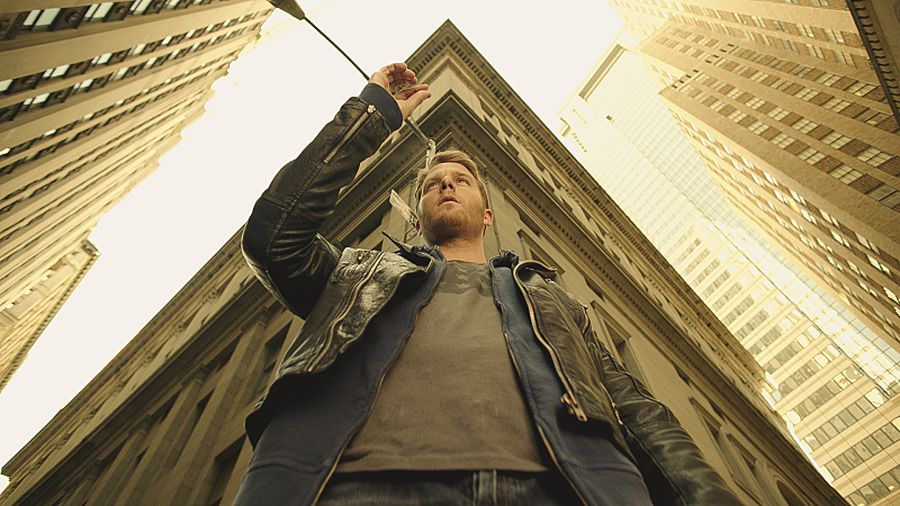 The premise in 100 words or less: Ne'er-do-well twentysomething Brian Finch (Jake McDorman) doesn't know what to do with his life or how to make his family proud. Then a friend gives him a mysterious pill that heightens his brainpower to superhero levels, and the game is changed forever. If this sounds familiar, it's because it's also the basic plot of the 2011 film Limitless, starring Bradley Cooper. Limitless the television series is a sequel of sorts, tangling Finch up in a conspiracy that builds upon the original.

"Fun" fact: Thrice-in-a-row Oscar nominee Bradley Cooper is, in fact, expected to recur on the show in some capacity, including as a producer. (Even the Limitless producers sounded surprised.)

Should you watch? If you were into the movie, definitely! If not, probably not! If you have no opinions, you could do a lot worse! The pilot is slick. It blends the action and the conspiracy in a way that lets you know Limitless is impressed with itself, but often with good reason. It's difficult to see how the show will sustain itself, but the signs so far point to a solid procedural with some nifty tricks up its sleeve. Also, Jennifer Carpenter deserves a good show, and it would be nice if Limitless were it.

Will this show be back for fall 2016? It's a CBS procedural based on a Bradley Cooper movie. This thing may never die. 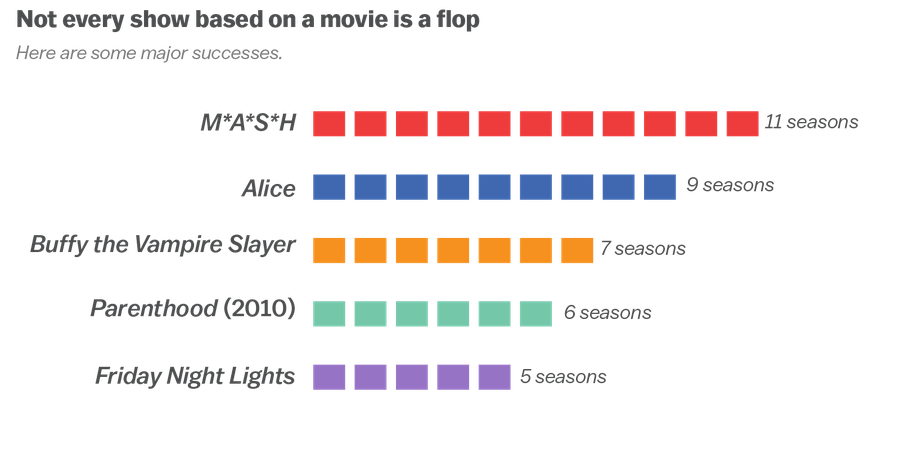 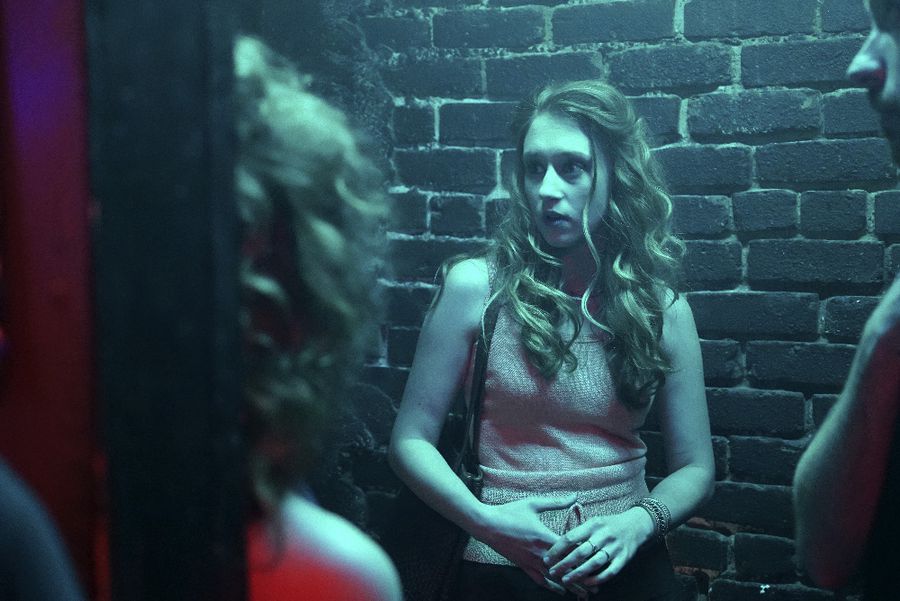 The premise in 100 words or less: Wicked City is the designer-impostor knockoff of the NBC flourish known as Aquarius. NBC renewed Aquarius despite its not-stellar ratings (the show was made available for binge-viewing online), perhaps signaling that an American period piece about journalists, cops, and serial killers is a good idea. Wicked City stars Ed Westwick (Chuck Bass), Erika Christensen (Parenthood), and Taissa Farmiga (American Horror Story)

Should you watch? We were only given the first few minutes of the show, which makes this an arbitrary and possibly unfair assessment. It feels like watching a strange prequel to Gossip Girl in which Chuck Bass is a serial killer. And it sort of… works.

Will this show be back for fall 2016? Maybe? It's really tough to tell if Wicked City will find an audience. Going by traditional ratings, there's no real reason why Aquarius, a similar story to Wicked City, was granted a second season. This isn't a good sign for Wicked City. 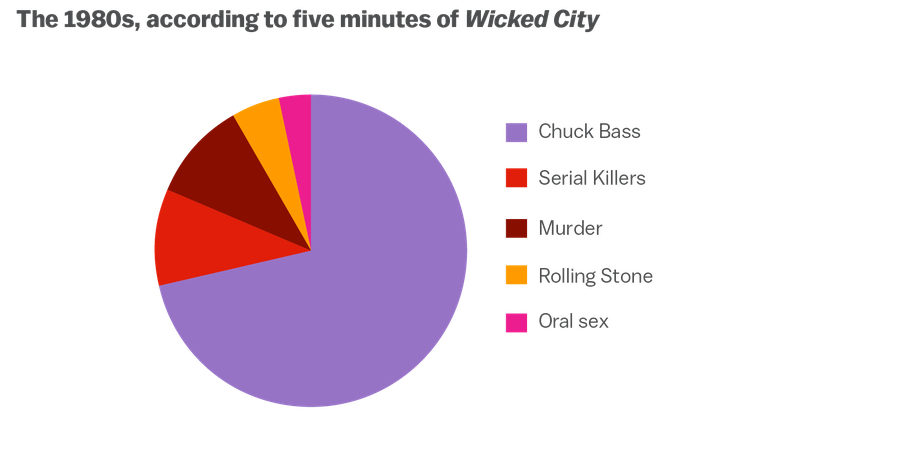