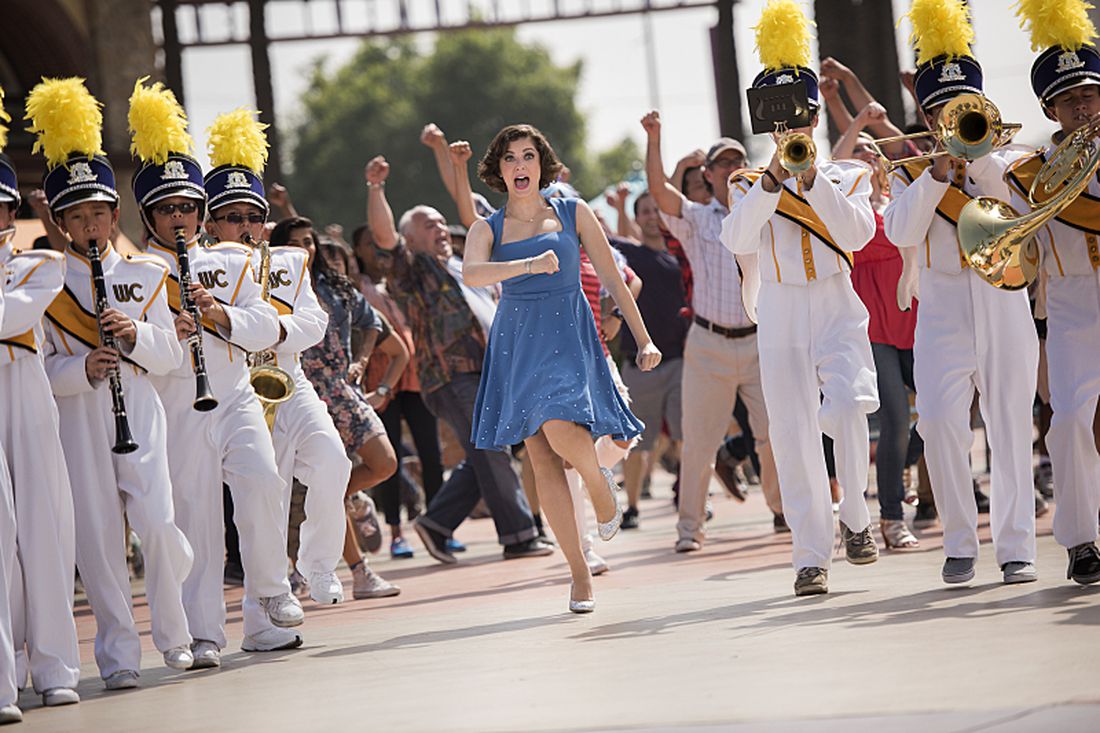 The premise in 100 words or less: Musical-theater fiend Rebecca (series co-creator Rachel Bloom) ditches a lightning-fast rise through the ranks of her New York law firm in order to follow an ex-boyfriend from theater camp to West Covina, California, in a series that blends weird humor, musical numbers, and a surprisingly earnest examination of what it means to be "crazy." It's impossible to say how this will work week to week, but the half-hour of the hourlong pilot we've seen is surprisingly delightful. Is the plot reminiscent of Felicity? Sure. But who doesn't love Felicity?

Should you watch? Again, we haven't seen a full pilot, just the half-hour originally shot for Showtime. (It was deemed to be a better fit for corporate sibling The CW and expanded to an hourlong show.) But that half-hour is a lot of fun. It's worth a look.

Will this show be back for fall 2016? It seems the very definition of niche, but so is Jane the Virgin, the show it leads into, and that made it to another season. We'll remain cautiously hopeful.

Related: Crazy Ex-Girlfriend made Vox's list of the best new shows of the fall 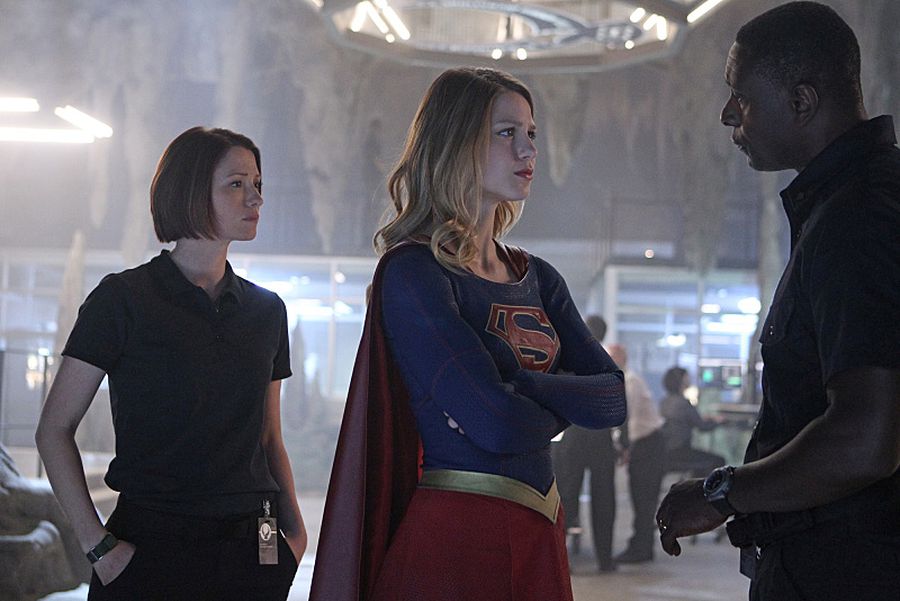 The premise in 100 words or less: It's a bird! It's a plane! Supergirl, the first female superhero to get her own live-action television series since Buffy the Vampire Slayer. (Alias and Agent Carter, while great, aren't about superheroes.)

"Fun" fact: Supergirl's first appearance was in Action Comics no. 252 in 1959. That's a 56-year gap between her source material and her first show.

Should you watch? Yes. An enthusiastic yes. Supergirl, like CW's The Flash (both created by Greg Berlanti), is a hopeful, fun dose of brightness that cuts against the dark, dreary rut that a lot of superhero shows and movies enjoy lingering in. Supergirl isn't perfect, and there are moments where it tends to drag — television shows still don't know how to make government agencies exciting — but the moments of smile-inducing joy far outweigh them.

Will this show be back for fall 2016? If there is any kind of justice in the world, yes.

Related: Supergirl made Vox's list of the best new shows of the fall 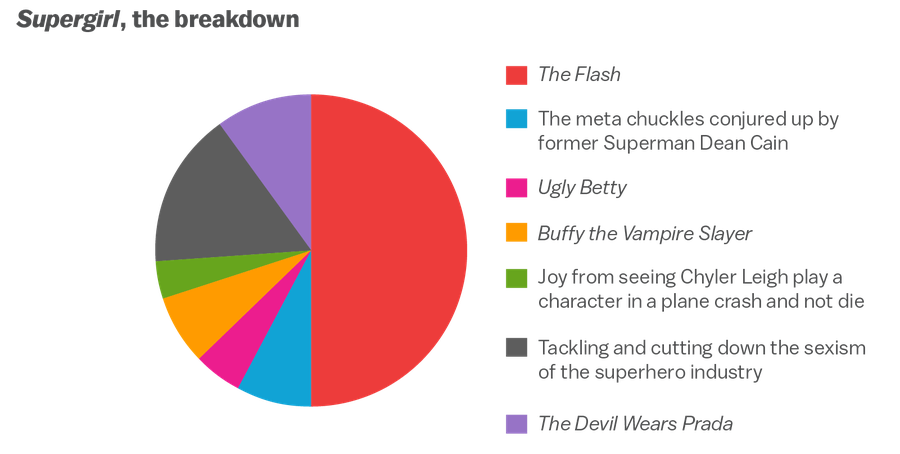 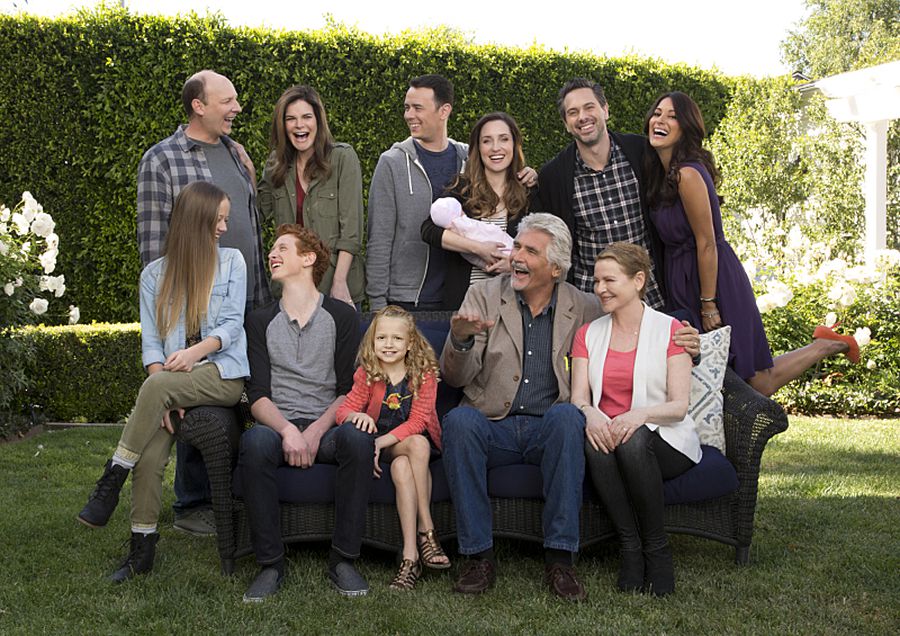 The premise in 100 words or less: It's a single-camera sitcom that weaves together the multiple generations of the sprawling Short family. So far, so Modern Family. But Life In Pieces has an interesting structural twist: Each episode comprises four independent but thematically linked stories, one for each branch of the family, which is presided over by patriarch John (Josh Brolin) and his wife Jane (Dianne Wiest).

Should you watch? If you go for sprawling-family shows like Modern Family or Parenthood, absolutely; the Life In Pieces pilot plays like a slightly — very slightly — edgier combination of those two shows. Those ambivalent or apathetic toward shows centered on the trivial problems of large affluent white families might have more trouble connecting with Life In Pieces, but its unusual structure and snappy comedic rhythms should at least merit a curiosity viewing.

Will this show be back for fall 2016? The good money's on "yes." Life In Pieces is debuting in a prime post-Big Bang Theory timeslot, and its cross-generational conceit should appeal to CBS' target audience. Plus, the presence of Wiest and Brolin — not to mention Colin Hanks and Betsy Brandt — means that there’s a solid chance at least one cast member will be in the conversation come awards time. 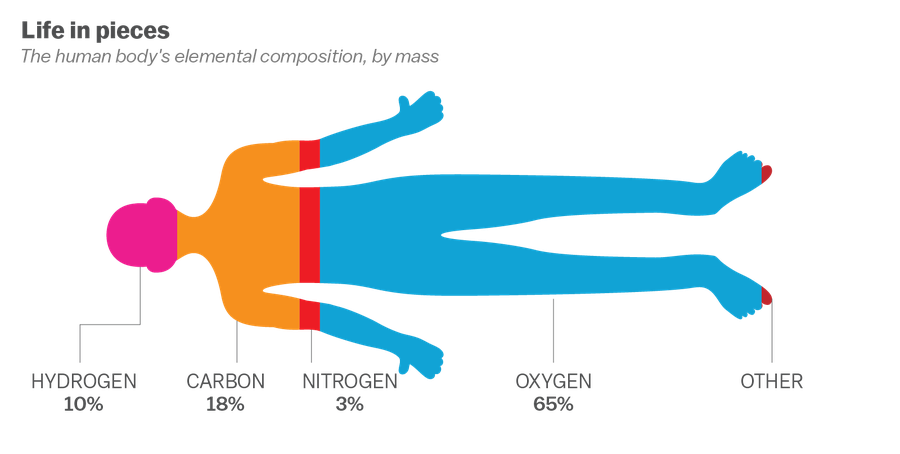 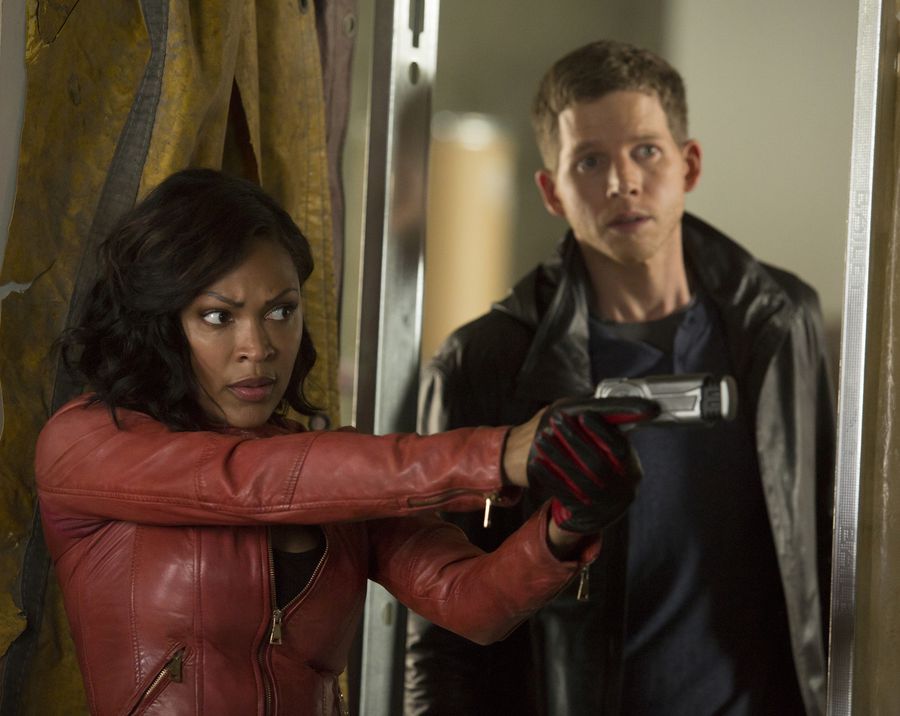 The premise in 100 words or less: It's the movie. Okay, strictly speaking, it's a sequel to the movie, which ended with the psychic prediction of crime being abolished. The series takes place several years later, when a police officer and one of the three psychics used to prevent crime come into each other's orbit. Naturally, the psychic helps the police officer solve murders, because there can never be a sci-fi network TV show that isn't also a police procedural on some level.

"Fun" fact: The original script of the film Minority Report featured on-screen text about how many murders occurred after the end of pre-crime. The series seems to be elaborating on that premise.

Should you watch? There might be an intriguing show in here somewhere, and there are some just fine moments in the otherwise overly confused pilot, which works way too hard to explain everything in a sci-fi universe that isn't that complicated. Plus, it's kind of weird that a movie about how the surveillance state wasn't all that cool appears to have been turned into a show mostly enthralled by it. So unless you're super invested in the premise, this is worth skipping.

Will this show be back for fall 2016? It has a cushy timeslot, and stranger things have happened, but we're going to guess no. No, it won't. 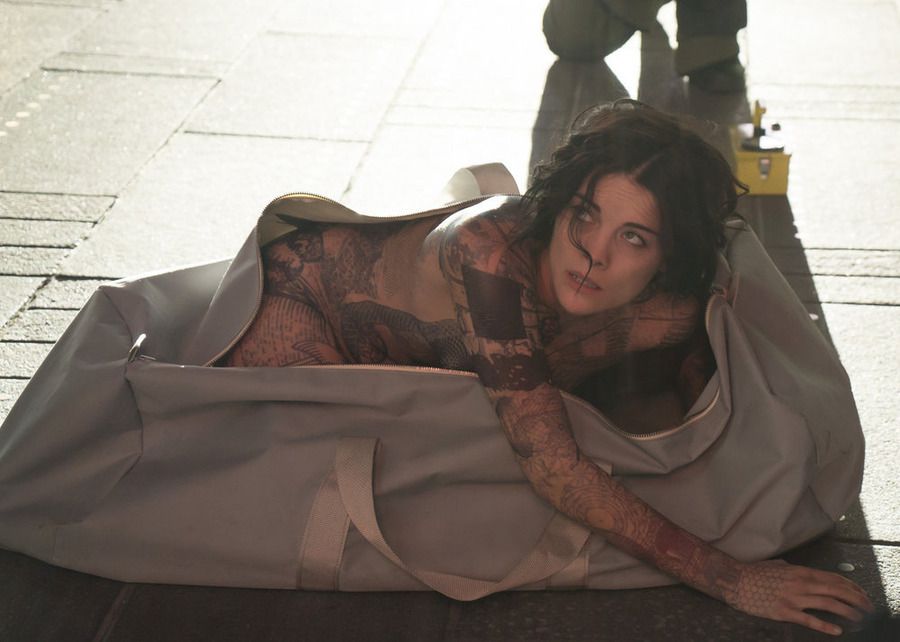 The premise in 100 words or less: The FBI is stumped when they open a mysterious bag in Times Square and find a naked woman covered in elaborate tattoos (Jaimie Alexander). She doesn't remember anything about her life or anyone else's, but one of the tattoos names Agent Kurt Weller (Sullivan Stapleton), who subsequently takes her case. They quickly discover that the tattoos are a "treasure map" that could help solve dozens of cases, which is helpful, except that we don't know who or what tattooed her in the first place. Who can you trust?!

Should you watch? If you're bored of your regular procedurals and want one that professes to be something different, sure. But Blindspot is much more basic than it wants to be. It's just a cop show with fancy tats instead of bloody clues at the crime scene. Alexander, who always stands out even in the crowded Marvel Universe as Lady Sif, does her best with what she's got. So far, though, that's just a lot of shaking and crying, with some sporadic fights thrown in for good measure.

Will this show be back for fall 2016? On the one hand, NBC has been known to kill new shows without hesitation. On the other, NBC has promoted the hell out of Blindspot, even giving it the coveted post-Voice time slot. So, it's a toss-up. 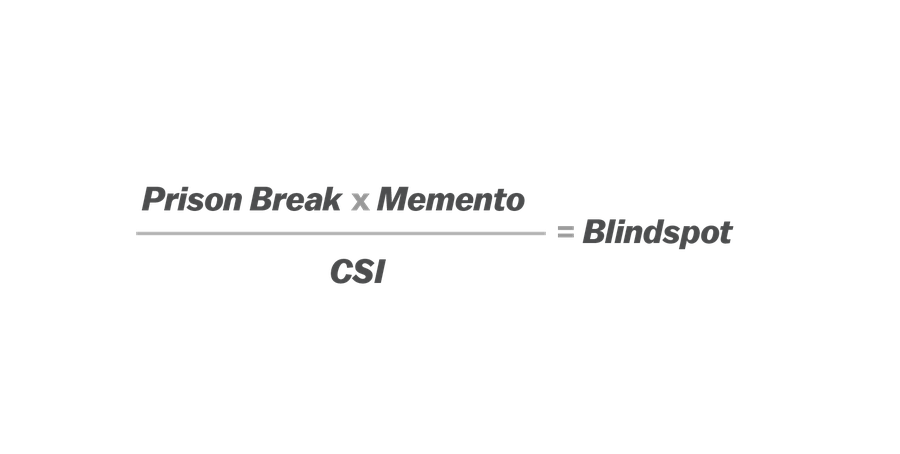 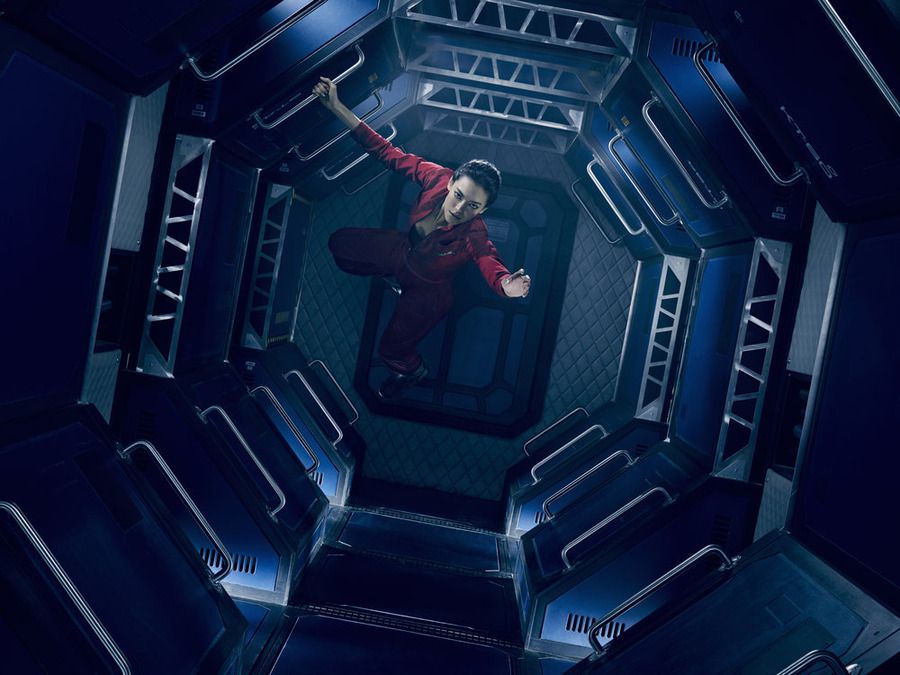 The premise in 100 words or less: Humanity has settled the solar system, and tensions have opened up between Earth and Mars. Meanwhile, the handful of people who live in colonies in the asteroid belt or orbiting the gaseous outer planets try to keep from getting drawn into a potential war. The action of The Expanse is kicked off by a strange disappearance and soon encompasses all of the solar system as a weird conspiracy heats up. Based on a book series, Syfy wants this to be its very own Game of Thrones, only with starships standing in for dragons. The political intrigue stays intact.

"Fun" fact: The Expanse novels are by James S.A. Corey, which is actually the pen name of two authors: Daniel Abraham and Ty Franck.

Should you watch? Absolutely. This suffers a bit from too much exposition but is otherwise a smart, stylish pilot set in a world unlike anything else on TV. It might be the fall's best new show.

Will this show be back for fall 2016? Despite the obvious expense, this would have to crash and burn pretty hard to not be renewed. Syfy has a lot riding on it.

Related: The Expanse topped Vox's list of the best new shows of the fall 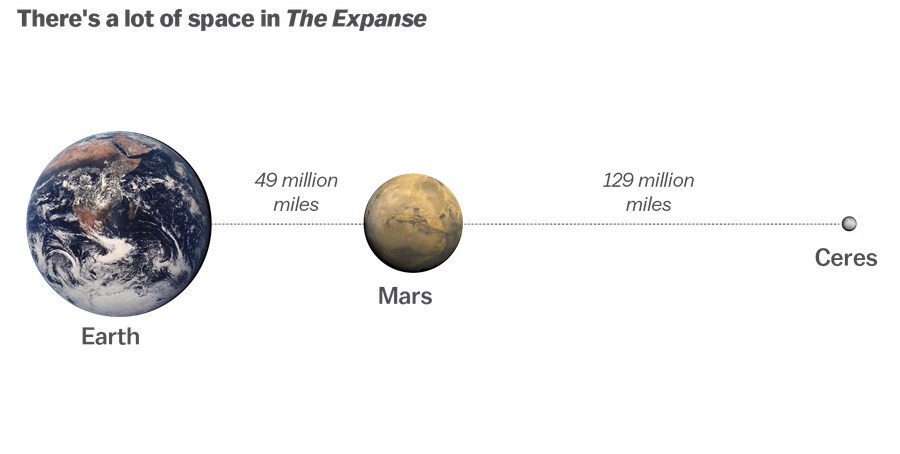