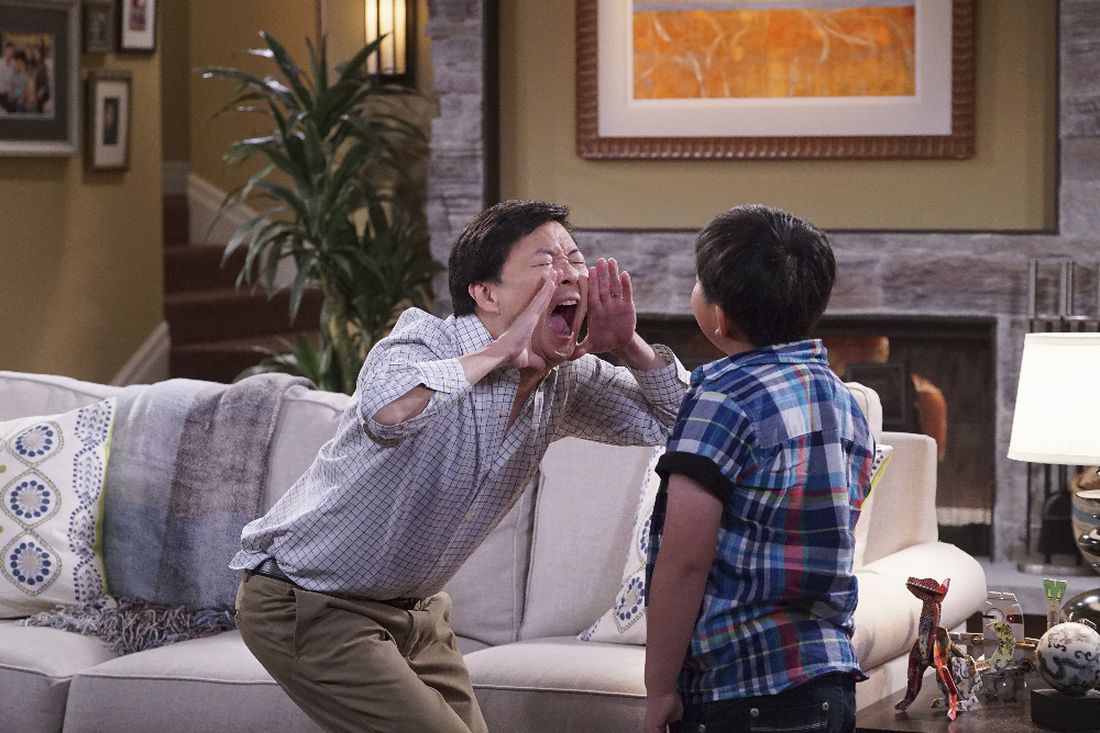 The premise in 100 words or less: Doctor-turned-funnyman Ken Jeong created, writes, executive-produces, and stars in this comedy as Dr. Ken, an oft-exasperated HMO physician and father. Despite having his name plastered all over the thing, Jeong is merely the hub of what's actually more of an ensemble show that splits the difference between workplace and family comedy.

"Fun" fact: With Dr. Ken and the recently renewed, well-received Fresh Off The Boat, ABC now lays claim to not one but two sitcoms centered on an Asian-American family, something that's been conspicuously absent from American airwaves since 1994's All-American Girl starring Margaret Cho (who is, perhaps not coincidentally, slated to guest-star on Dr. Ken.)

Should you watch? Depends on your tolerance for Jeong, who has traditionally worked better as comedic seasoning rather than the main dish. But if Dr. Ken ends up being the ensemble comedy it promises to be, that ensemble — which includes a bunch of sitcom ringers, including Tisha Campbell-Martin, Dave Foley, Suzy Nakamura, Jonathan Slavin, and Trophy Wife's Albert Tsai — might end up being a bigger draw than the purported headliner.

Will this show be back for fall 2016? Doubtful. ABC has been trying to get a comedy to stick in the timeslot following its surprisingly sturdy Last Man Standing for years now, with Cristela, The Neighbors, and Malibu Country all failing to go the distance. The uninspiring scheduling and overall lack of network support for Dr. Ken doesn't suggest a lot of confidence on ABC's part that this one will buck the trend. 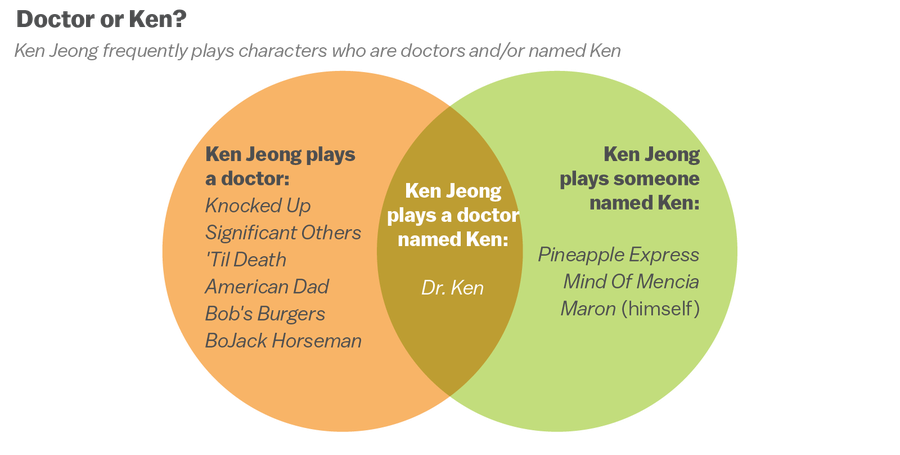 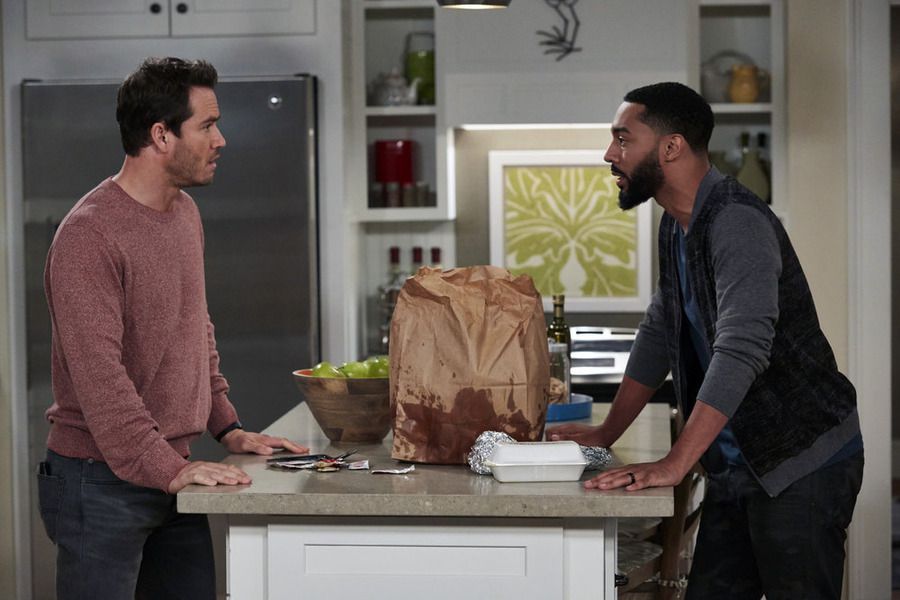 The premise in 100 words or less: The original title of Truth Be Told was People Are Talking, and that served as a kind of quick primer on what the show was about. Hoping to be the next iteration of All in the Family, this is a show about two couples who live next door to each other and say whatever's on their mind about anything. That includes a lot of "provocative" talk about race that mostly seems clumsy and needlessly button-pushing. It does, however, star Mark-Paul Gosselaar, if that's your thing.

"Fun" fact: Executive producer William Packer also wrote the script for Straight Outta Compton, which is exactly what you'd expect from the producer of a traditional sitcom.

Should you watch? Eh, not really. There are some intriguing hints here, but the pilot is the worst of the fall.

Will this show be back for fall 2016? The Friday night timeslot does not bode well.

Related: Truth Be Told was Vox's worst new show of the fall 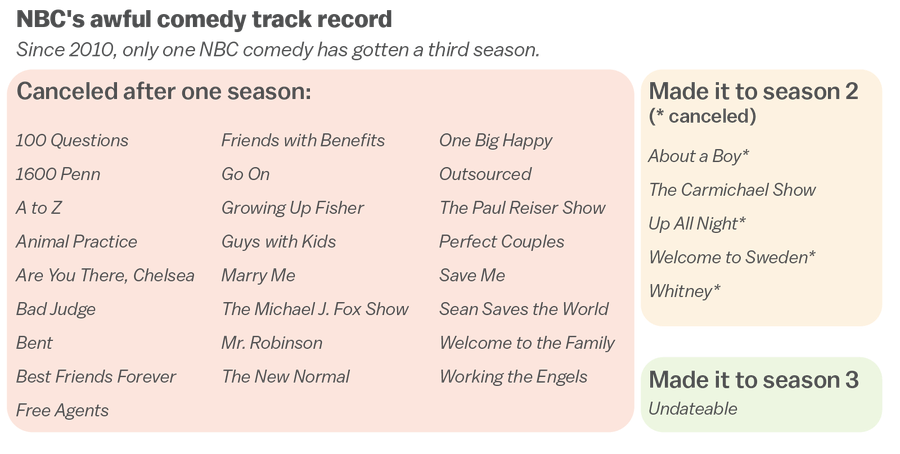 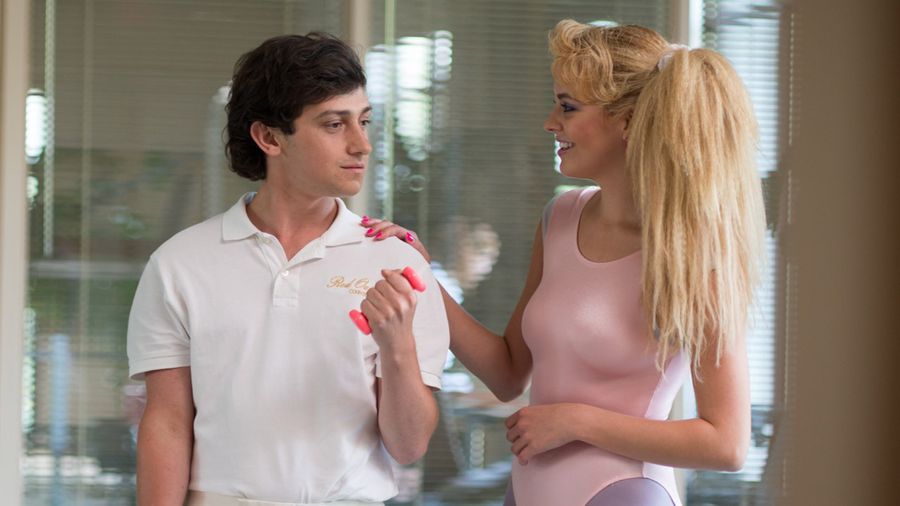 The premise in 100 words or less: Bored college kid David (Craig Roberts) is terrified of becoming his dutiful father (Richard Kind). He therefore ditches a job at his father's business for a summer gig as a tennis pro at his local country club. Also, it's 1985, with all the hairspray and nostalgia that implies.

"Fun" fact: Red Oaks was part of Amazon's third "pilot season," which put promising pilots up to the public for a vote last year. The other winning pilot was for Hand of God, which premiered on September 4.

Should you watch? It's hard to tell from the pilot whether Red Oaks will hit that sweet "a John Hughes movie gets a summer job" vibe it's going for, especially because it's hard to tell whether Red Oaks is a self-aware throwback or just a straight-up raunchy '80s movie chopped into episodes of television. It has a more-than-decent cast, though, between Kind, his (probably gay) TV wife Jennifer Grey, Ennis Esmer as a sleazy tennis pro, and Paul Reiser as the aggressive club owner. "Executive producer Steven Soderbergh" is also a phrase worth pursuing, at least at first.

Will this show be back for fall 2016? If they can figure out where the story goes beyond this one summer and/or keep the talent interested, why not? 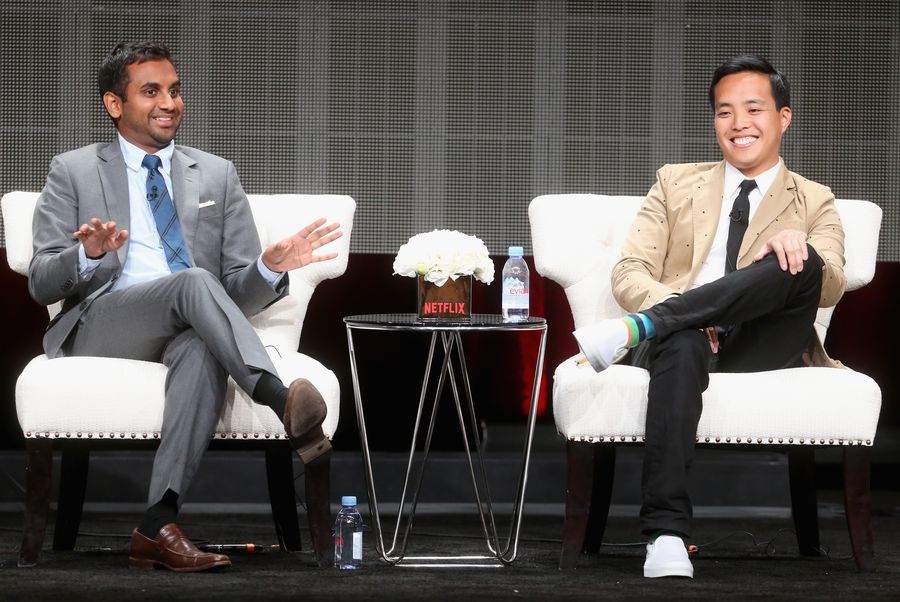 The premise in 100 words or less: Aimless actor Dev (Aziz Ansari) navigates love and life in New York, and... that's about all we know so far about Master of None.

Should you watch? It's hard to say either way, since both Netflix and Ansari have been pretty quiet about this collaboration from the beginning. Still, Ansari is on a creative roll right now, between his double Madison Square Garden specials and bestselling new book, Modern Love. He's also teaming up with former Parks colleagues, including his co-writer Alan Yang and producer Mike Schur. Basically, it would be very surprising if this one flopped.

Will this show be back for fall 2016? Netflix is enjoying its scripted success, including Emmy nominations for its first scripted comedy, Unbreakable Kimmy Schmidt. It's also released Ansari's last two stand-up specials. This is a symbiotic relationship that just about guarantees a return — that is, if Ansari wants it. 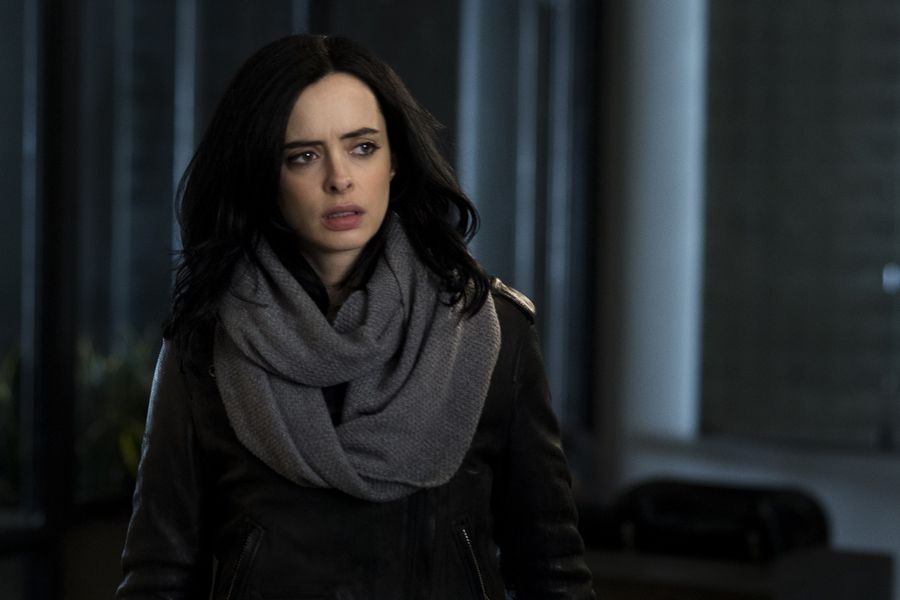 The premise in 100 words or less: Jessica Jones (Krysten Ritter) is a former superhero, fallen on hard times, who opens up a detective agency, because that's what you do when you live in a pulpy universe and fall on hard times. The series is the second in Marvel Television's run of Netflix shows (following Daredevil), which will build to a Defenders series, uniting all of the various series' heroes, just like The Avengers did on the big screen.

Should you watch? We haven't seen anything but a trailer, but Daredevil was enjoyed by many, and Ritter is a perfect choice for the Marvel universe. We're optimistic.

Will this show be back for fall 2016? Netflix? Cancel something? Please. 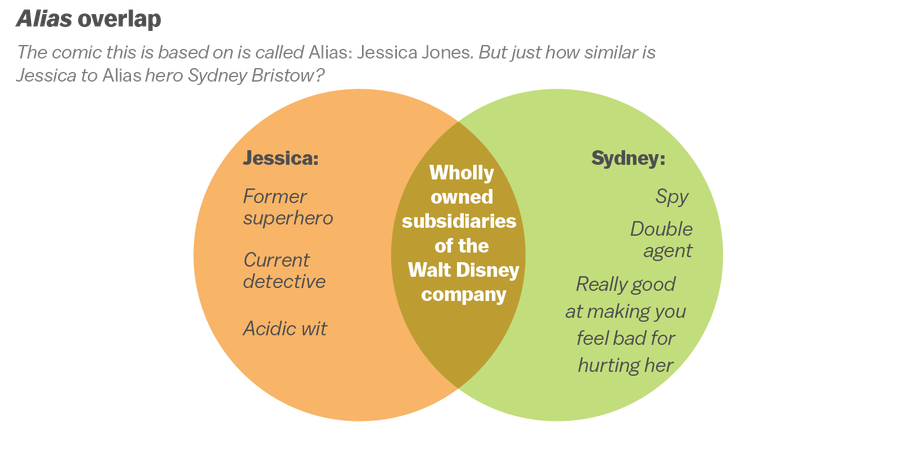 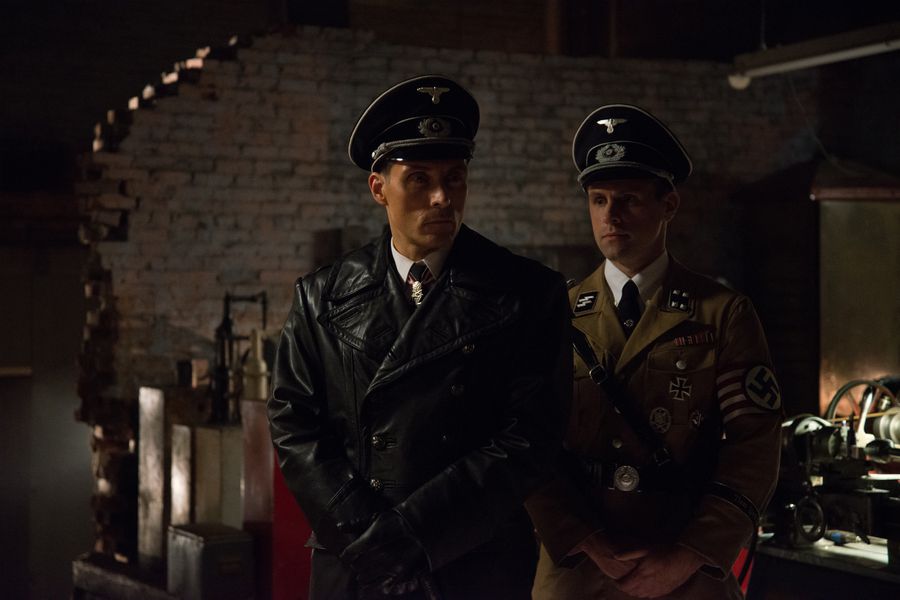 The Man in the High Castle

The premise in 100 words or less: What if the Axis had won World War II? That's the provocative idea behind Philip K. Dick's novel, upon which this series is based, and it's also a sideways chance to look at the Cold War through the eyes of those who lost World War II. The Japanese and Nazis have divided the United States in two, with a neutral zone running along the Rocky Mountains. The show, then, follows several characters working with the American resistance, as well as within the Japanese and Nazi governments. It's a big, sprawling thing, befitting the book that inspired it.

"Fun" fact: Keep an eye out for the main drag of Canon City, Colorado, an important locale in the neutral region. TV fans will easily spot it as exactly the same main drag from the long-running small-town series Northern Exposure. Both shows were filmed in Roslyn, Washington.

Should you watch? Surprisingly, yes. The pilot of the show pays homage to Dick, while still understanding what will make the story play on TV. Here's hoping future episodes will thread the needle just as accurately.

Will this show be back for fall 2016? Unless it's a one-and-done miniseries (not likely), count on it.

Related: The Man in the High Castle made Vox's list of the best new shows of the fall 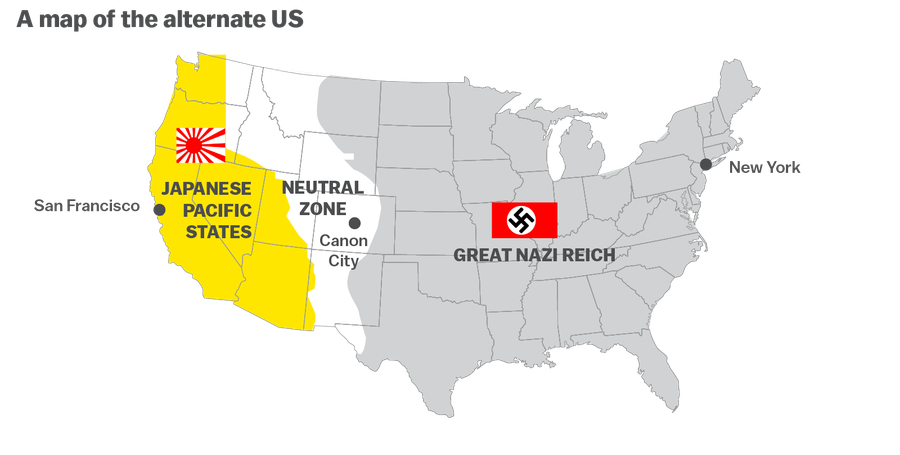