The ice we’ve lost to climate change this past decade, visualized

As polar and mountain regions have warmed, the extent of sea and land ice has declined.

Share All sharing options for: The ice we’ve lost to climate change this past decade, visualized

Part of Looking back at the tumultuous 2010s

One of the most poignant climate moments of 2019 was a funeral for ice: an August ceremony in Iceland for the country’s Okjökull glacier. As can be seen in these NASA satellite images, the glacier declined dramatically between 1986 and 2019: 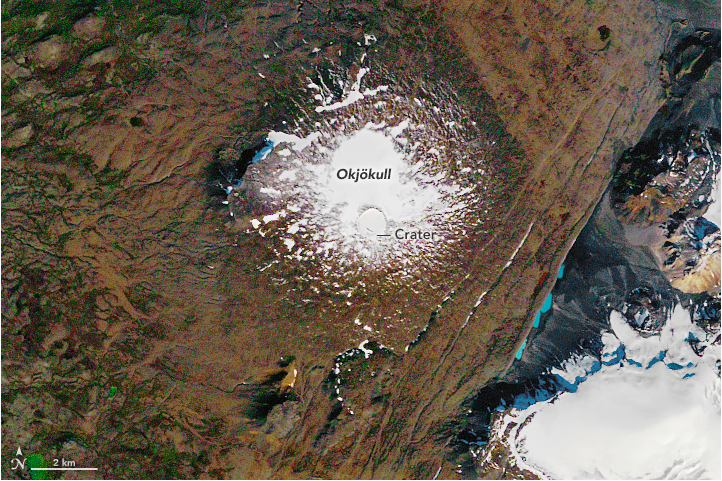 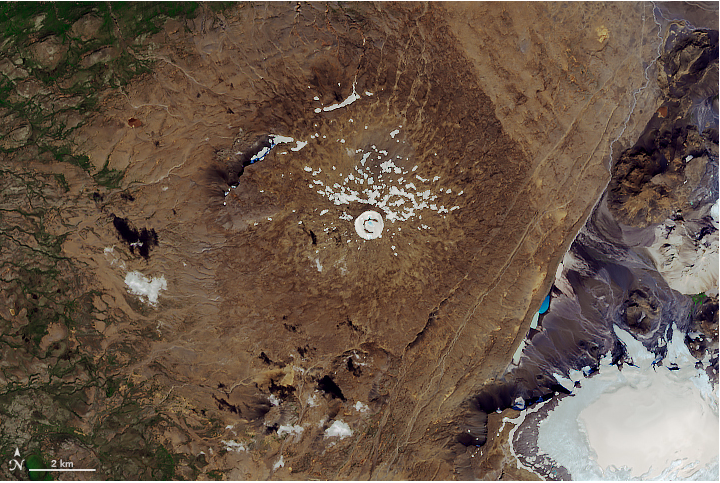 Mourners remembered the once-large patch of ice with a plaque.

“In the next 200 years all our glaciers are expected to follow the same path,” the plaque reads. “This monument is to acknowledge that we know what is happening and what needs to be done. Only you will know if we did it.”

The loss of Okjökull (officially stripped of its glacier status in 2014) was one of many deeply troubling milestones this decade in the world’s frozen regions, known collectively as the cryosphere. The Arctic in particular is warming twice as fast as the global average and experienced many historic heat waves. The warming, in turn, is causing an unprecedented amount of melt in the world’s ice.

That’s just for ice on land. The melt of once-frozen waters is threatening vulnerable species, changing circulation patterns in the ocean, and fueling feedback loops that could cause even more ice to melt.

In this post, we’ll walk through some of the key markers of climate change in the polar regions this decade with visuals, as well as some of the key insights we gained. (We’ve omitted Greenland’s ice sheet only because there aren’t many good images available.) We learned that ice is declining at both poles at an accelerating rate the world hasn’t seen in centuries. We can now see these dramatic changes from space. And we have a much better grasp on what we’ll lose if we don’t slow the emissions destabilizing the global climate.

The Arctic reached its lowest sea ice extent on record

The extent of sea ice tends to ebb and flow with the seasons, but over the past decade, both the highs and lows have gotten lower.

“If you look at just the last decade, 2010 to 2019, eight out of those 10 years are among the lowest 10,” said Walt Meier, a senior research scientist at the National Snow and Ice Data Center.

You can see that in this graph comparing the extent of Arctic sea ice over the course of a year. It grows in the winter and shrinks in the summer, but in recent years, there’s less of the former and more of the latter.

The record low was in 2012, but this year isn’t much farther behind. “It’s kind of reinforcing that we’re heading on a downward trend,” Meier said.

But the picture is more bleak when we zoom out to a longer time scale: We are currently in the midst of the fastest decline of Arctic sea ice in 1,500 years.

And you can see how this has played out in recent decades in this time lapse animation of ice at the North Pole:

But Meier notes that it’s not just the extent of sea ice that’s changing; the thickness is shrinking as well. It’s a key factor in how much ice survives the summer and how quickly it can regrow in the winter, and we’ve only recently gained a good handle on this with new satellite instruments that can track thickness over time. “The thickness is decreasing as rapidly or more rapidly than the extent,” he said.

Ice melt is surging in Antarctica

The planet’s South Pole is one of its coldest regions, and it’s warming up as well, prompting the rate of ice melt to accelerate. In the past decade, the rate of ice melt in Antarctica tripled compared to 2007. This is on pace to cause six inches of sea level rise by 2100.

You can see some of these dramatic changes playing out in sections of Antarctica, like the Pine Island Glacier. Here is an animation showing the retreat of the glacier since 2000.

The trends in ice in Antarctica are a bit more complicated. There are sections of the Antarctic ice sheet where ice is growing in depth, and others where it is declining, as can be seen in this NASA visual looking at the last 25 years:

We’ll lose much more ice in the future, but we can prevent some of it

Greenhouse gas emissions, meanwhile, climbed ever higher this decade. In 2010, carbon dioxide concentrations peaked at 394 parts per million (ppm), according to observations at the Mauna Loa Observatory. This year, the observatory reported a record high of 414.8 ppm, a concentration not seen on Earth for millions of years.

“At our current rates of increasing emissions, it’s pretty inevitable we’re going to have ice-free summer conditions at some point in the future, probably within the next, three decades,” Meier said. “It’s a matter of ‘when,’ not ‘if’ anymore.”

How Antarctica’s melting ice could change weather around the world

However, there is uncertainty in how many summers we’ll see without ice in the Arctic, and a key source of that uncertainty is what we’ll do about our greenhouse gas emissions.

The Paris climate agreement set out to limit warming this century to less than 2 degrees Celsius above pre-industrial levels, with a more ambitious target of staying below 1.5 degrees Celsius. Hitting the latter target would require halving global emissions by as soon as 2030, reaching net-zero emissions by 2050, and then net reductions of carbon dioxide in the atmosphere thereafter.

It’s a tall order, but reaching the more-ambitious goal would mean more ice would survive the summer. “In 2 degrees [Celsius] of warming, which is the target set in Paris, it’s likely that we’ll have ice-free summers pretty regularly under those conditions,” Meier said. “But if we hold things to 1.5 degrees [Celsius], which is kind of the ambitious goal, I’m not sure how realistic that is, we’ll likely keep a fair amount of ice around the summer.”

So we’ll likely lose even more from the coldest parts of the world in the coming decade. But the actions we all take will shape just how much is lost.

Looking back at the tumultuous 2010s