Why We Spend Real Money on Fake Clothes in Free Games

Is it really that different from buying a doughnut just for the Instagram?

Share All sharing options for: Why We Spend Real Money on Fake Clothes in Free Games

Even if your gaming credentials include consistently placing last in Mario Kart, you’ve probably heard of Fortnite. Fortnite is huge. Fortnite is so huge that it’s already the hugest game of the past few years and, now that it has launched on iOS, likely the hugest mobile game since Pokémon Go. Fortnite is huge because it’s accessible, it’s social, and it’s free. But there is one problem: Fortnite does not let you choose your character.

For a vain person such as myself, this is an immediate turnoff from a game that sounds otherwise very fun. The whole deal of Fortnite Battle Royale is that you parachute onto a cartoonishly vibrant island along with 99 other players and compete to be the last one standing.

The battle royal structure isn’t necessarily a novel concept, but Fortnite has quickly become the most popular among the games for few reasons: First, it’s inherently social, in that you can play as a squad with your IRL friends. Each game promises a wildly different experience based on where you drop, which weapons you find, and who happens to be around. And unlike its predecessor and inspiration, PlayerUnknown’s Battlegrounds (PUBG), the aesthetic of the universe doesn’t try too hard to be cool — it feels friendly, in spite of the fact that technically you’re there to kill everyone. (Drake is a big fan, for example.) Most importantly, you don’t have to own a gaming console to play it. And, of course, it’s free. 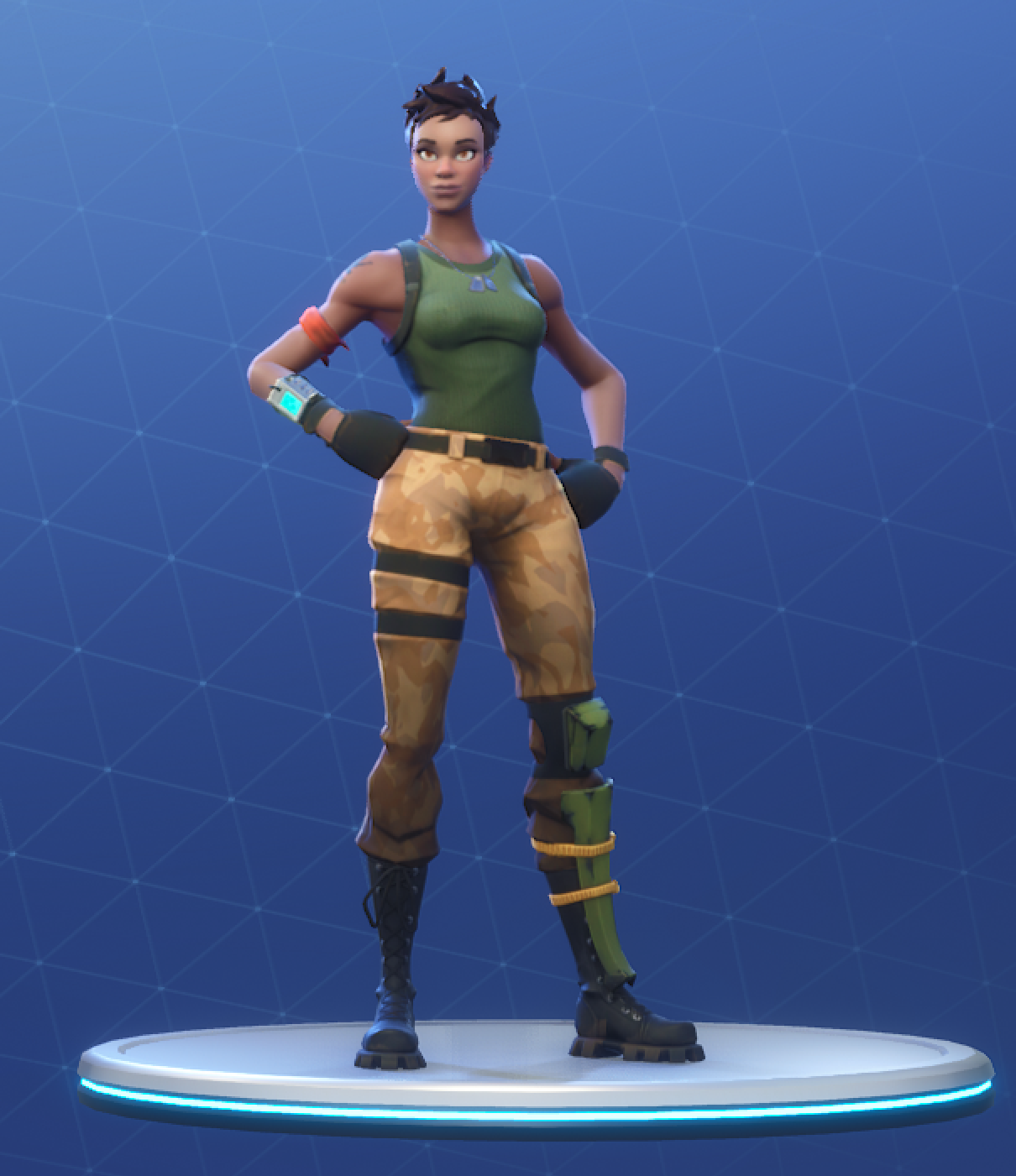 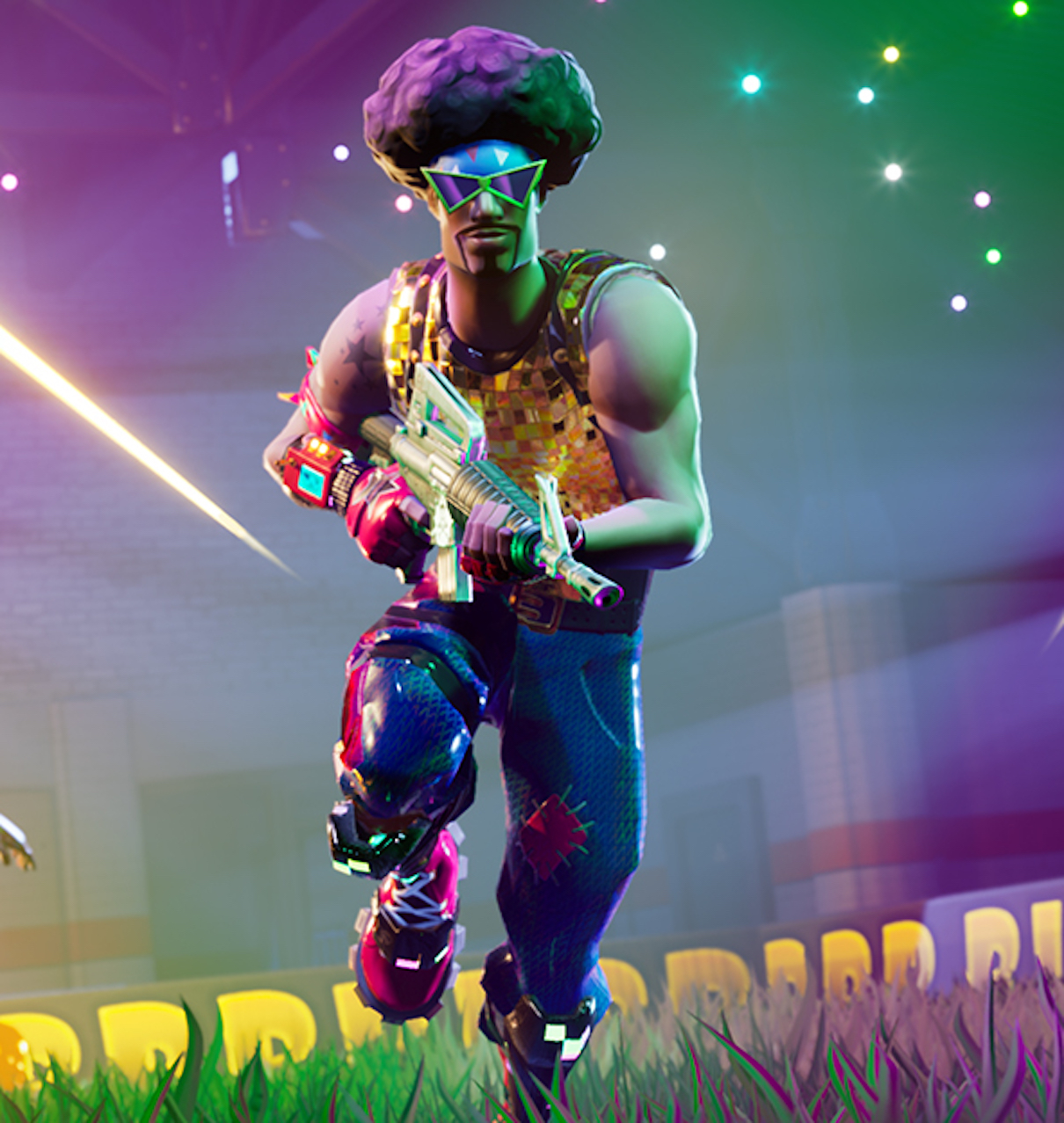 That is, if you’re cool with playing as the random avatar that the game assigns you, which, as previously mentioned, I am not. And clearly, I’m not alone: Tons of Fortnite players are paying real money to transform their avatars into astronauts, teddy bears, sentient Roman statues, or simply cooler-dressed versions of themselves.

It’s not because the outfits — skins, as they’re called — give players any kind of special powers or strategic advantages in the game. They just straight-up look cool and add an element of personal style to games in which fashion is otherwise prescribed. While $8 might get you a new outfit for one of the game’s existing avatars, $15 will transform you into Funk Ops, a highly groovy dude with an Afro, sunglasses, and a sparkly tank top. There are also skins that are only available on certain holidays — on St. Patrick’s Day, you can play as Sgt. Green Clover, a freckly redheaded woman in a green top hat, and during Christmas, you could have the pleasure of killing others in a Nutcracker costume for the price of $20. Right now, there’s also a John Wick skin that looks so much like Keanu Reeves that it is kind of scary.

To the layman, 20 bucks might seem like a lot to spend on a free game, but many serious gamers have spent far more. Right now you can theoretically bid more than $200 for a single black trench coat in PUBG, and earlier this year in the game Counter-Strike: Global Offensive, someone dropped $61,000 on a skin for a gun.

Julia Lee, the site lead for Polygon’s The Rift Herald community, has spent more than $1,000 on cosmetic skins in the esports game League of Legends, largely on female anime-inspired characters with brightly colored hair and objectively dope outfits.

“It’s kind of like a status symbol,” she explains. “Everyone knows it doesn’t really mean anything, but there’s a second of like, ‘Oh, holy shit, that person is using a $30 skin!’” Lee also buys skins with the rest of her team, “just so we can match and be really extra,” although she says it can come with drawbacks: “If a whole team is matching skins, somebody on the other team will definitely mention them being try-hards. I know for a fact when a duo or team has matching skins, I want to try harder to beat them for some reason — something petty in me.”

Victoria Rose, the site lead for Polygon’s Dota 2 community, echoes the sentiment, comparing particularly extra skins to IRL streetwear brands. “It’s like the ‘clout goggles,’ or Supreme — whatever the kids are into nowadays.” Rose has spent more than $800 on cosmetic skins in games like PUBG and Overwatch, but she also says it goes beyond status — it’s a way of showing support for game developers. “The developers are doing so much to make the game healthy and fun to play, so I feel like me chucking $10 at them for a skin every now and then is completely justified,” adds Lee.

Neither Rose nor Lee plays Fortnite very often because you can’t choose your own avatar, but plenty of others are willing to pay up. Owen*, a 13-year-old seventh-grader living in New York City, has spent $15 so far on Fortnite skins.

“Having a skin lets people know that you aren’t bad or new to the game,” he explains. “Sometimes you’ll get compliments for your skin if it’s hard to get or lots of people want it.”

But what makes a fake outfit in a free game more worthwhile to spend one’s allowance on than, say, a new pair of sneakers or the latest Supreme tee? “A lot of my friends play Fortnite and have skins, and you could say we are kind of competing,” he says.

After all, these days the divide between digital fashion status symbols and real-life ones is increasingly nebulous. Is there really a difference between buying a particularly photogenic latte purely for the Instagram photo and paying a few bucks for our virtual selves to look better? If clothes are dying and millennials care more about experiences than stuff, snagging a rare Fortnite skin instead of a Zara bag that everyone already owns actually makes a lot of sense.

And anyway, virtual purchases aren’t without their real-world benefits. “Once I paid someone to drive me to my dorm with a skin,” says Rose. “It’s worth $75 now, which was about how much I would have spent on a taxi.”

*Name has been changed.