Insurers are quitting Obamacare — and rural America will pay the price

Share All sharing options for: Insurers are quitting Obamacare — and rural America will pay the price

The exit of large insurance plans from the Affordable Care Act marketplaces is likely to hit rural areas of the country the hardest.

A new Vox analysis shows that the number of rural counties on the Healthcare.gov marketplace with just one insurer will nearly quadruple between 2016 and 2017. 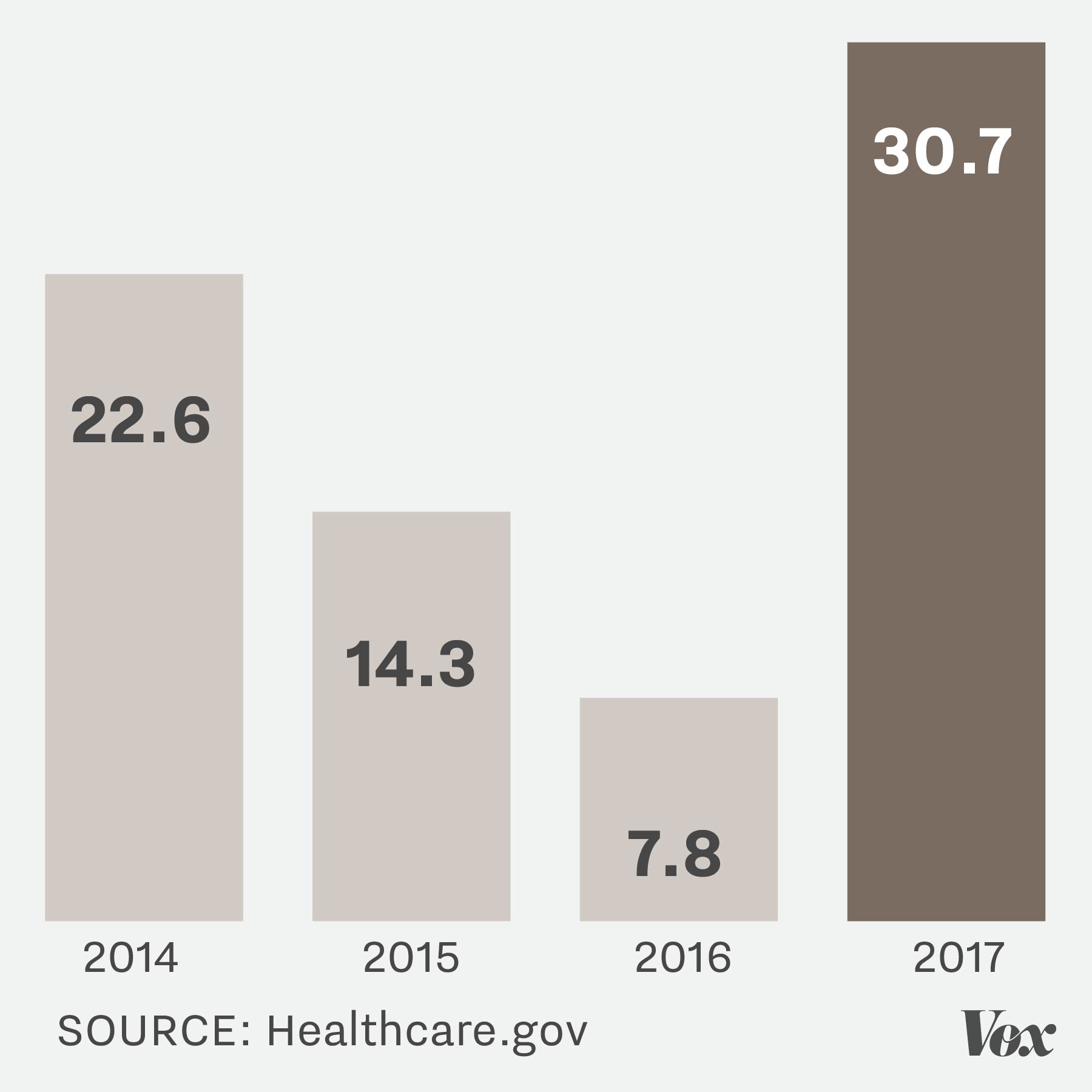 Rural areas of the country have long struggled to attract insurance plans. The small populations and low concentration of doctors and hospitals makes it difficult for them to compete.

The marketplaces initially seemed like they might be able solve that problem, giving insurance plans a new online platform where they could more easily reach individual consumers. But now, with some insurers exiting, there are questions about how much Obamacare can actually do to spur competition in areas of the country that are already underserved by the health care system.

Almost a third of rural counties will have one insurer in 2017, compared with 19.6 percent of urban counties 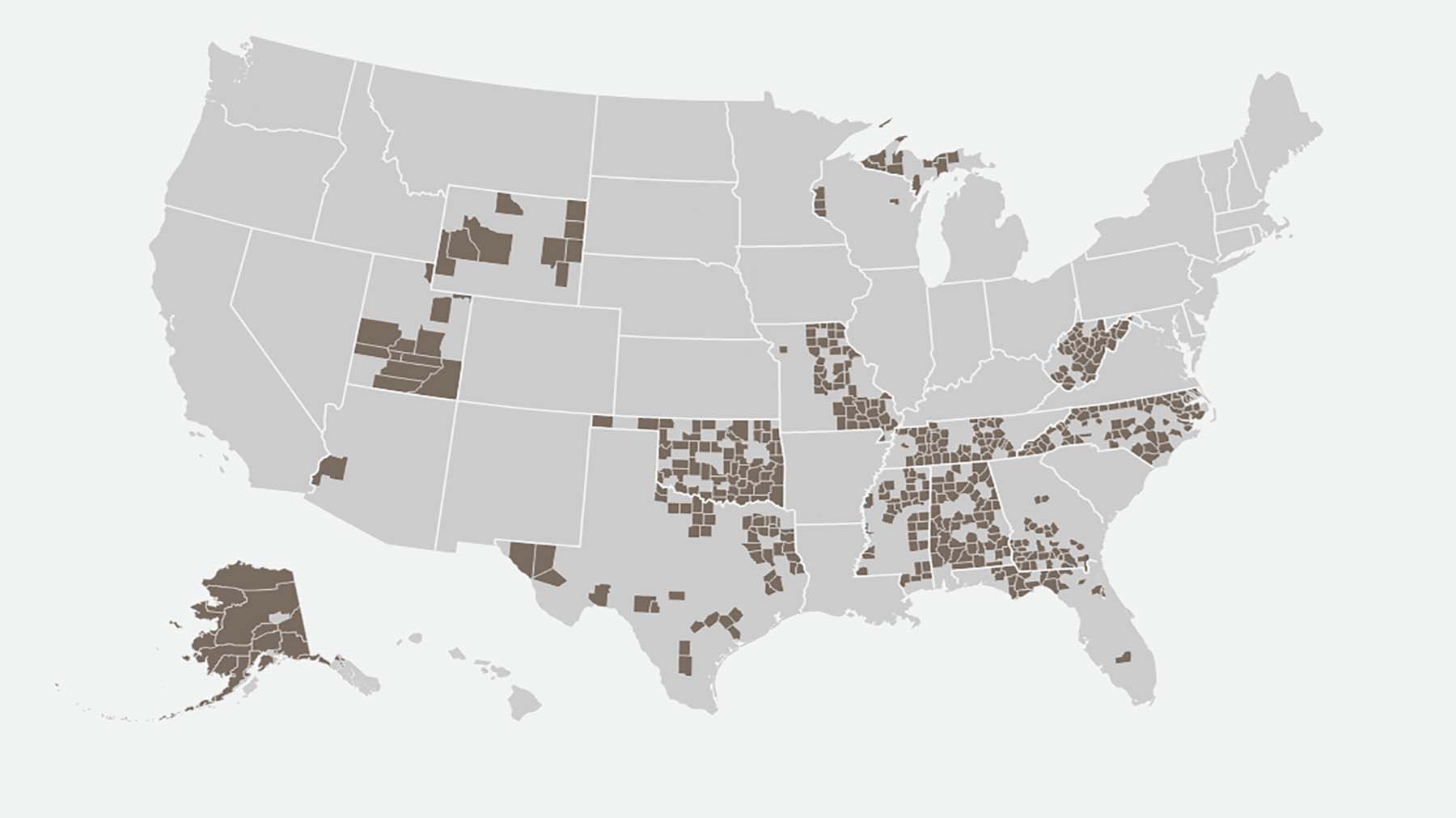 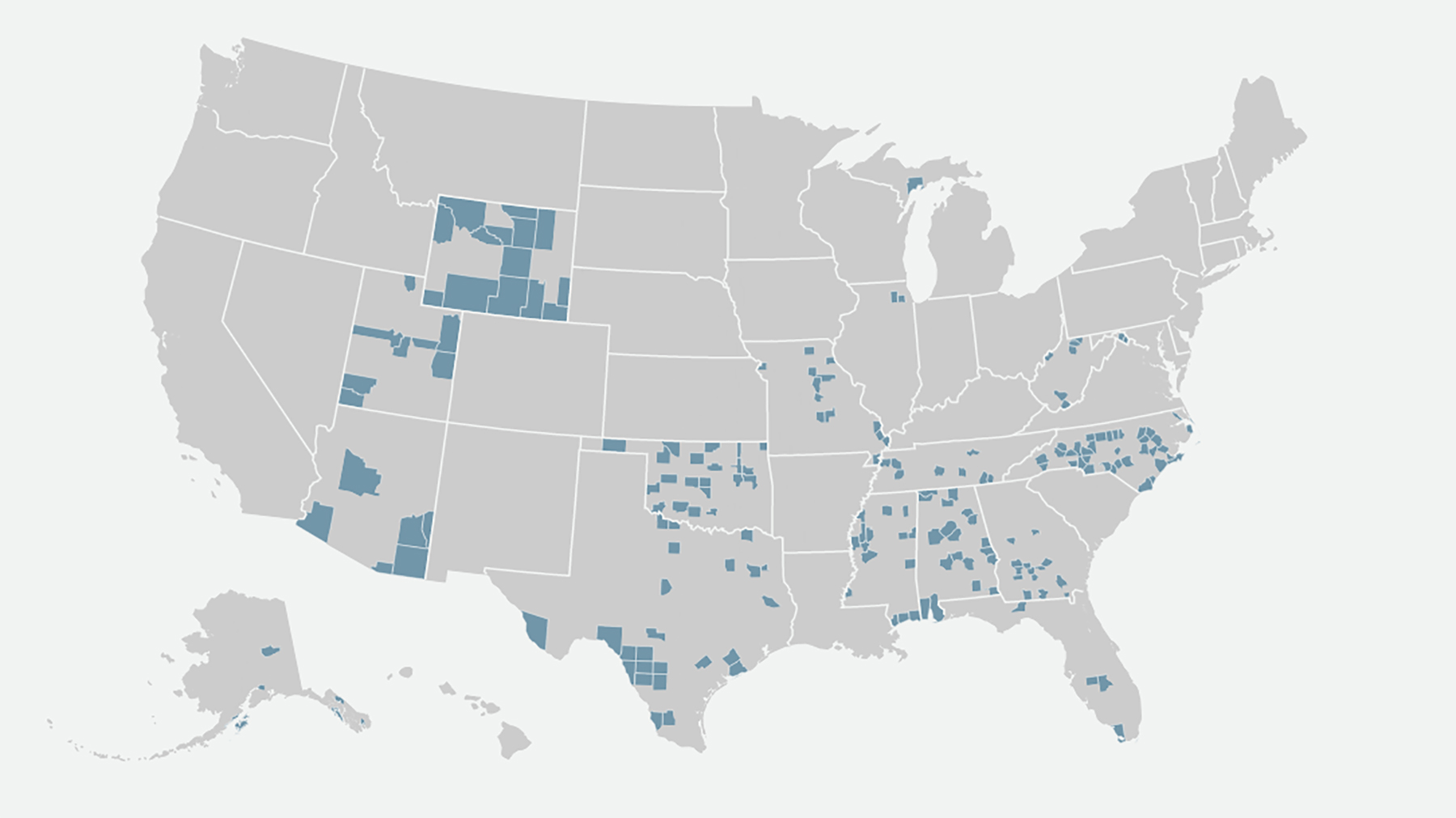 The decline in competition on the Obamacare marketplaces spans the entire country, but it’s taking an especially large toll on rural areas.

There are many ways to determine if an area is rural. But for the purposes of this article, we classified any county as rural where the census reported 50 percent or more of its total population as rural.

Urban areas are also facing the lowest level of competition on the marketplace since 2014. But only 19.6 percent of urban counties on Healthcare.gov are currently down to one insurer — compared with 30.7 percent of rural counties.

Much of the reduced competition is due to exits from large insurance players like UnitedHealth and Aetna, which collectively exited the marketplace in 23 states. These plans often sold to an entire state and leave behind rural counties that have few options.

As my colleague Sarah Kliff found in her reporting, the startup health plan Canopy Health initially planned to enter both the Wyoming and Nevada marketplaces in 2017, which would have been a boon to Wyoming, as it has struggled to attract insurers and only has one currently. But Canopy has decided not to expand as other carriers have pulled out of the exchange.

Why rural America is struggling to attract insurers

Even before the Affordable Care Act passed, many areas with low population had limited competition and high uninsured rates.

Data from the Health and Human Services Department shows that Obamacare has substantially lowered the uninsured rate in rural areas. The number of uninsured individuals fell by a third, from 21.6 percent in 2013 to 14.4 percent in early 2015. And monthly premiums for rural consumers with tax credits have remained pretty consistent, only rising by an average of $5 between 2015 and 2016.

Other forces, meanwhile, have conspired that might make it more difficult for insurance plans to expand their presence in rural areas. For example: Since 2010, 76 rural hospitals have closed. The number of closures reported just since 2013 is more than in the previous decade. Some hospitals have struggled to generate enough revenue as states have declined to expand Medicaid programs.

“I don’t think anyone expected what happened with the Supreme Court and the Court telling states you could opt out of the expansion of Medicaid,” said Maggie Elehwany, vice president of government affairs and policy at the National Rural Health Association. “People insured under Medicaid were now not, and they weren’t getting preventive care. Hospitals have had to absorb that cost.”

One way Obamacare could attract more insurers to rural areas

After the first year of the ACA in 2014, Dickstein and a team of Stanford researchers began to look at how insurance regulations might affect competition and premiums.

Even though the ACA is a federal mandate, states are allowed to define their own coverage regions, or “rating areas,” which are used by insurers to set premiums and rates. Prices will vary significantly from one rating area to another, as insurance plans try to estimate how sick people are in a given geographic area.

Take a state like Florida, for instance. It has 67 counties and has chosen to define 67 coverage regions. But then you have a state like Tennessee that has 95 counties and only 8 rating areas. In Tennessee, many counties — some rural, some urban — get lumped together in each region.

Meanwhile, a smaller rural county like Cannon, which is adjacent to the larger urban county Rutherford, but not in the same coverage area, only has one insurer option in 2017, while Rutherford has three — showing that when smaller rural areas are isolated in their own coverage regions, choice can suffer.

Dickstein does caution that there are limits to this approach. You can’t make the coverage region too big, as you risk the region becoming too dissimilar and decreasing choice.

“I think thinking about how rating region areas are set up — including more rural areas with urban areas, which typically have a more desirable population — could help change the landscape of the number of insurers participating,” said Dickstein.