Skip to main content
We write for the people. That’s why we choose to keep our work free. Help us hit our goal of adding 6,000 contributions by December 31 by giving today.

Share All sharing options for: Stranger Things fan art is a gorgeous realm of '80s aesthetics and character tributes

And lots of others do, too. Steven Spielberg never directed a John Carpenter–scripted Stephen King adaptation, but if he had, Stranger Things is what such a project would look like. Steeped in earth tones and sleepy suburban landscapes and bursting with direct homages to famous '80s sci-fi films, the Netflix hit has taken pop culture by storm. And its burgeoning fandom has been churning out gorgeous works of fan art to show its appreciation.

A quick survey of the Stranger Things fan art that's cropped up since the show debuted on July 15 yielded a treasure trove of gorgeous representations of Stranger Things' 1980s aesthetic and large cast of characters, ranging from the cerebral to the adorable. Here are some of the best examples we've found so far.

The show's most popular character by far is Eleven — El for short — who is frequently depicted in fan art in her now-famous telekinetic pose.

Stranger Things by theclockworkpainter on DeviantArt.

Another popular choice puts El in her well-loved pink dress, an homage to her fellow alien in a strange world, Spielberg's E.T. 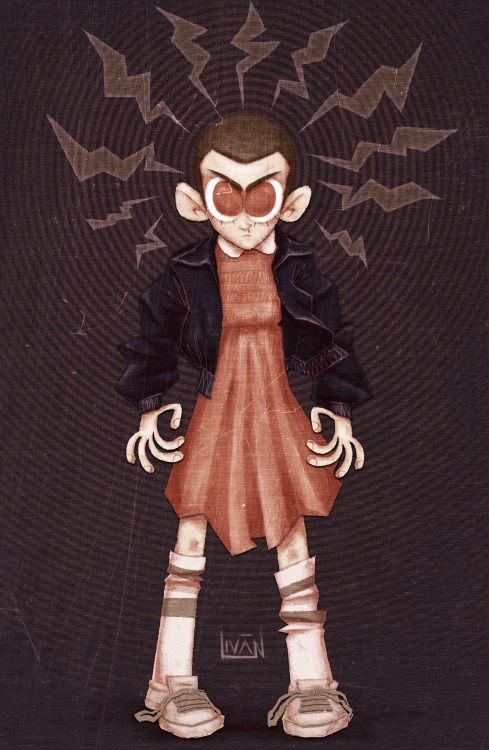 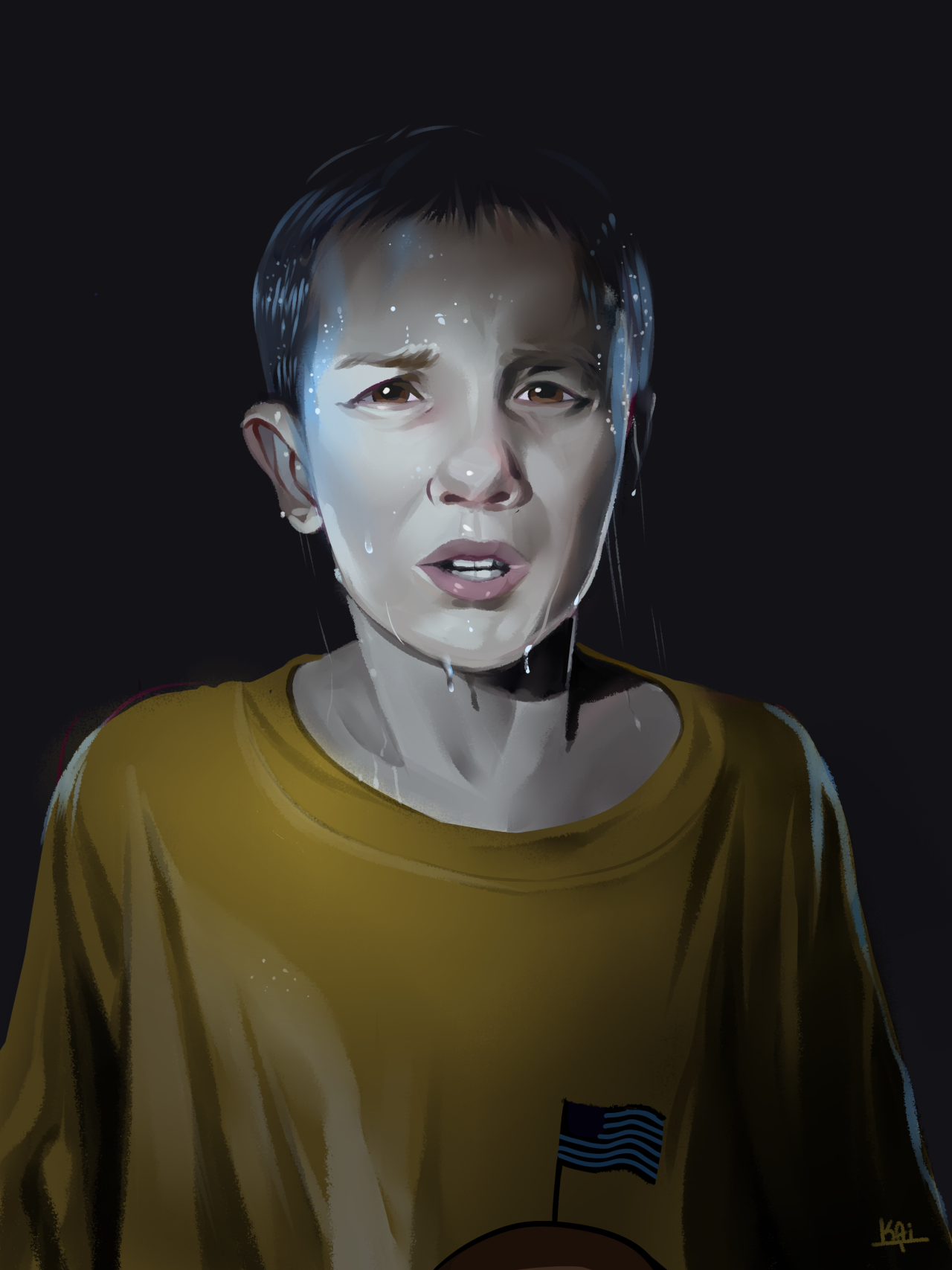 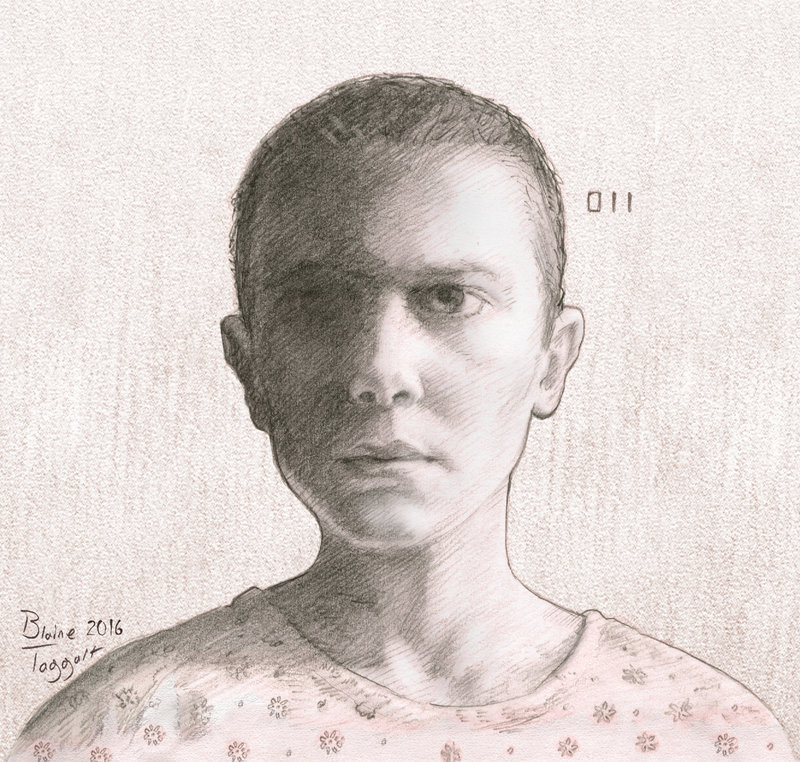 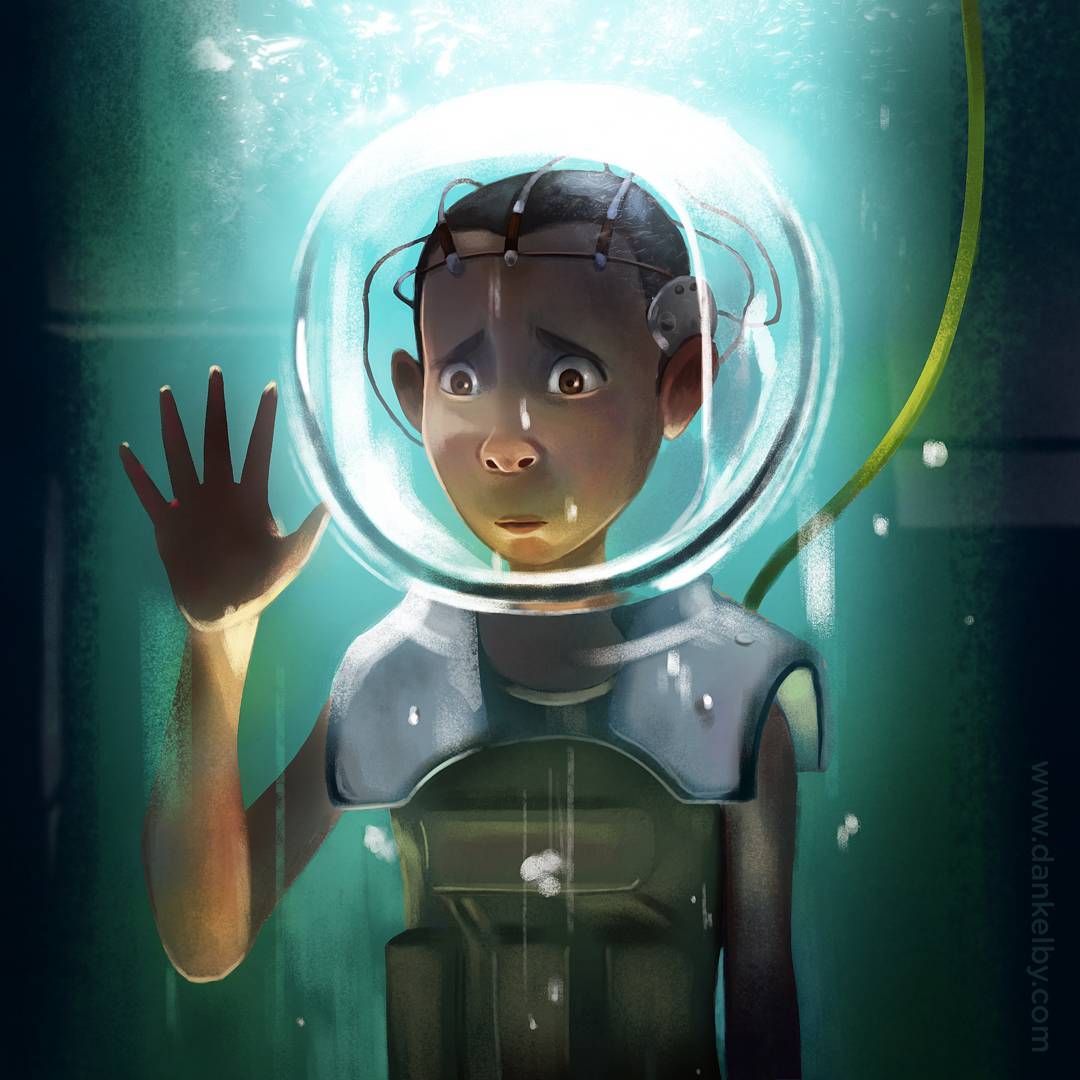 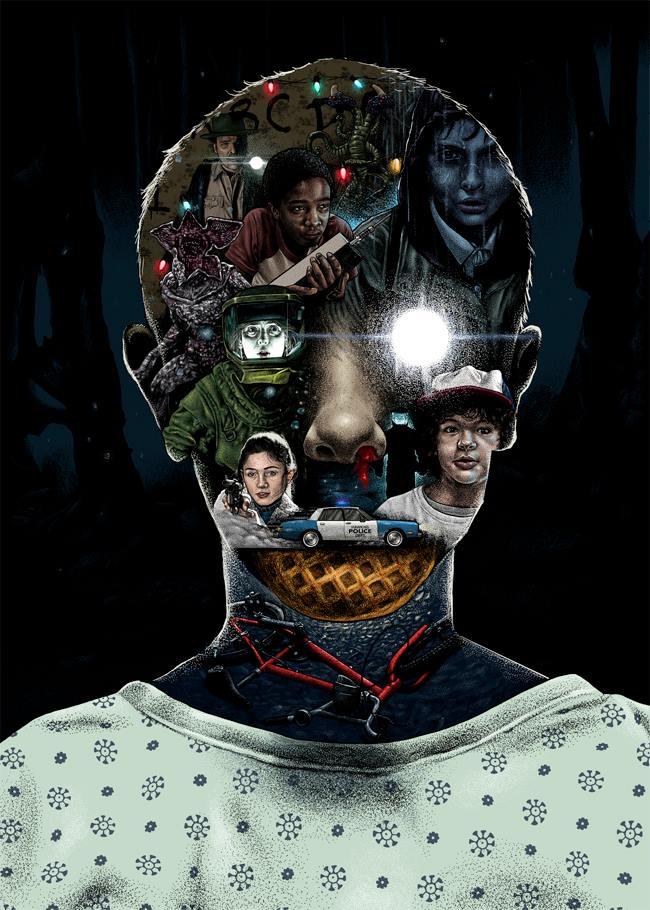 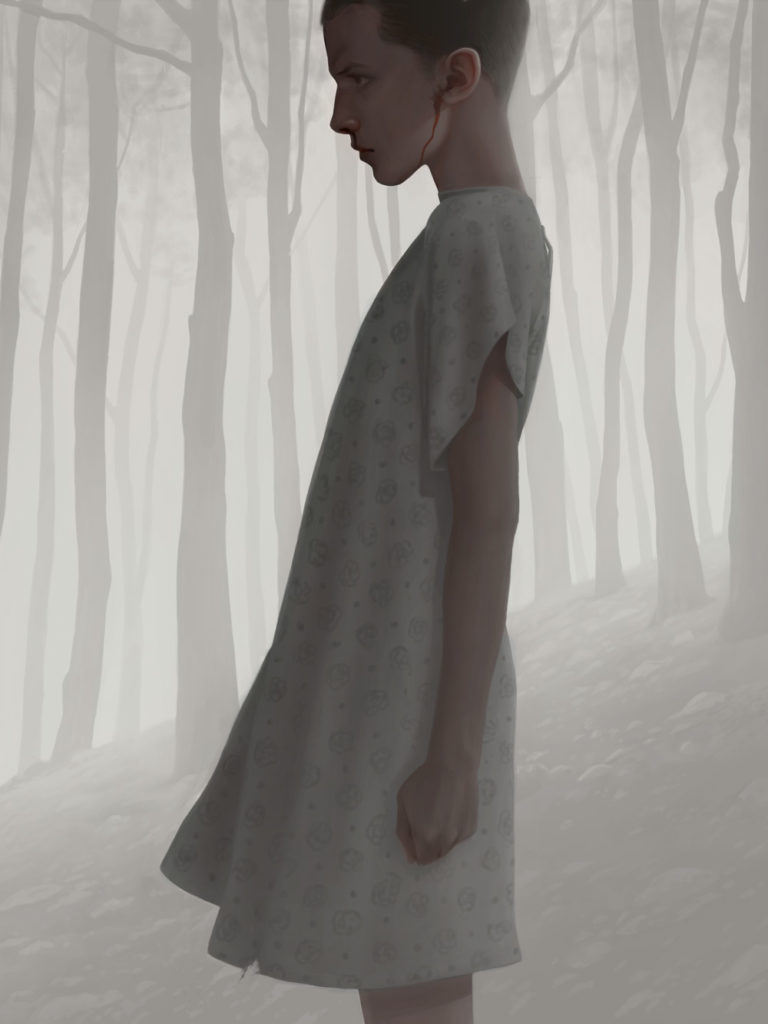 Of course, Eleven isn't the only subject of Stranger Things' fan art — the entire ensemble cast also gets a lot of love, and there's plenty to go around. In particular, Dustin gets the lion's share of attention among Stranger Things' core group of boys.

Meanwhile, Barb is clearly everyone's favorite teen character — even though (spoiler alert!) she was tragically only on the show for a few brief moments. 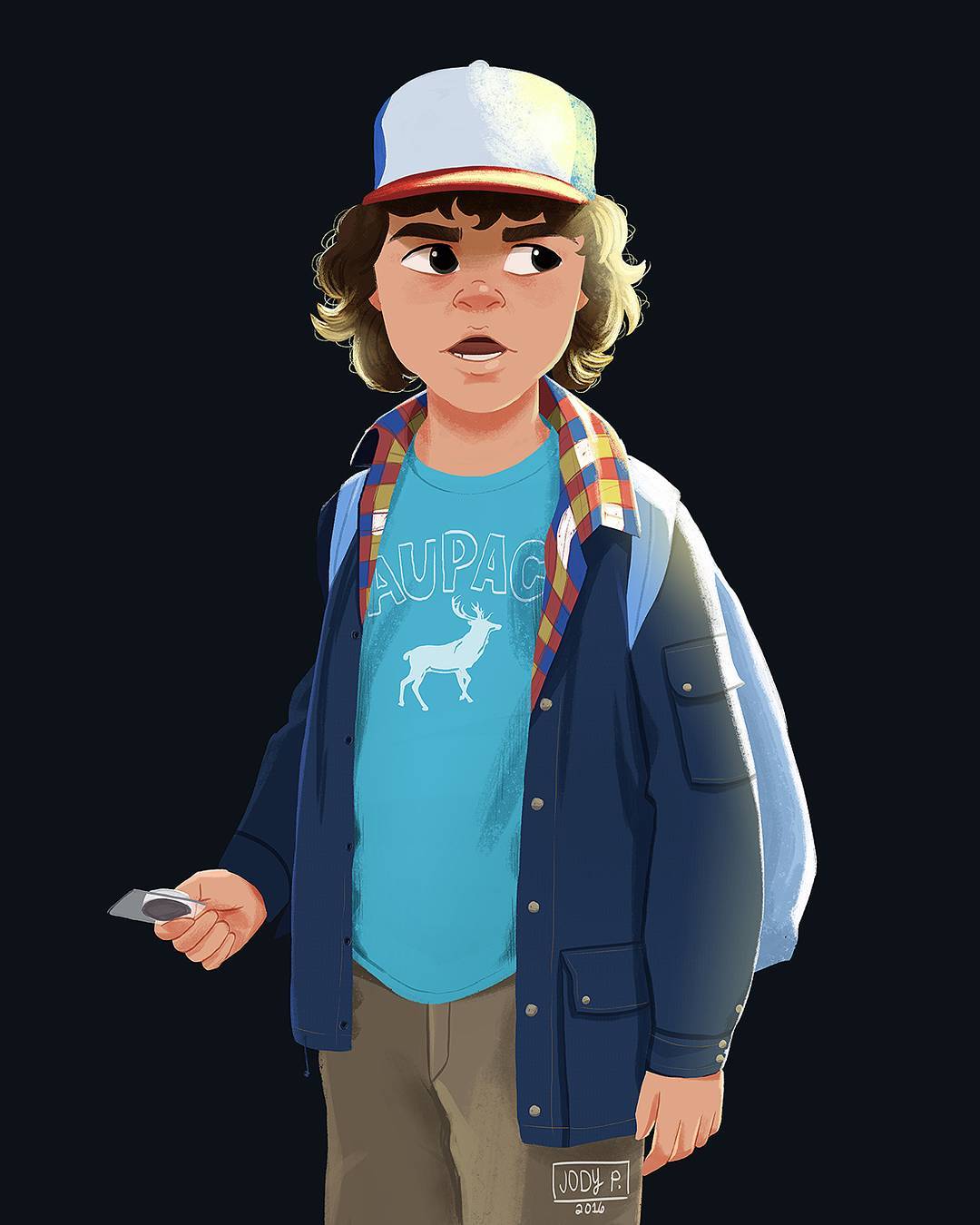 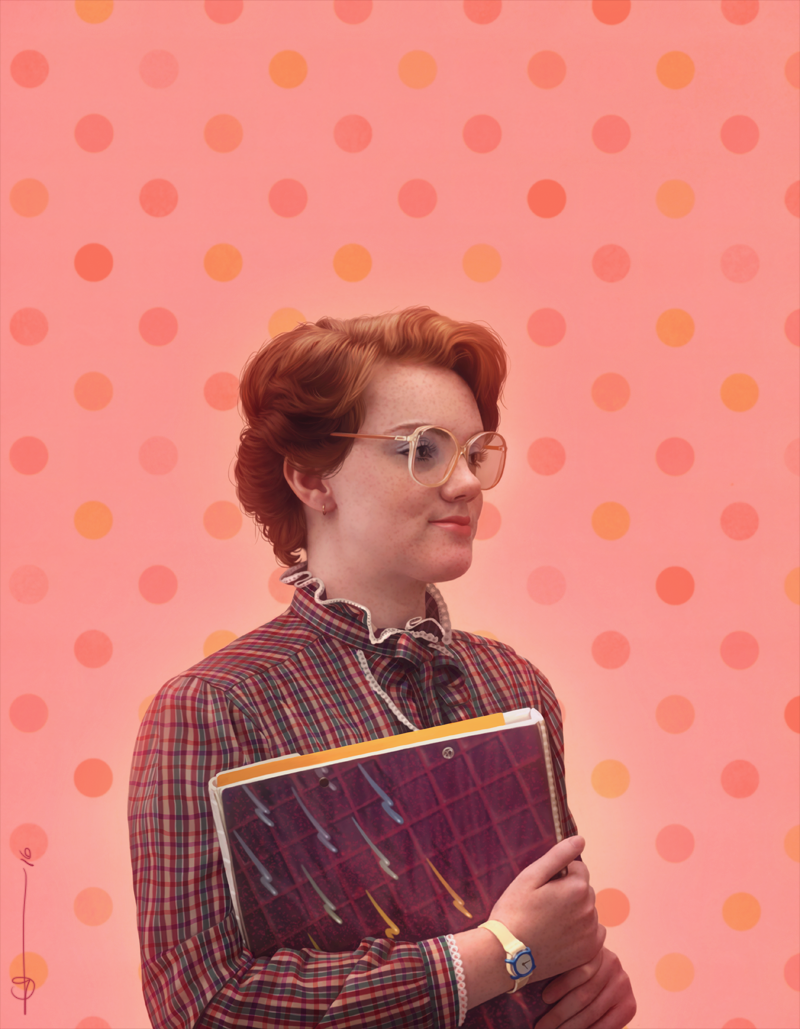 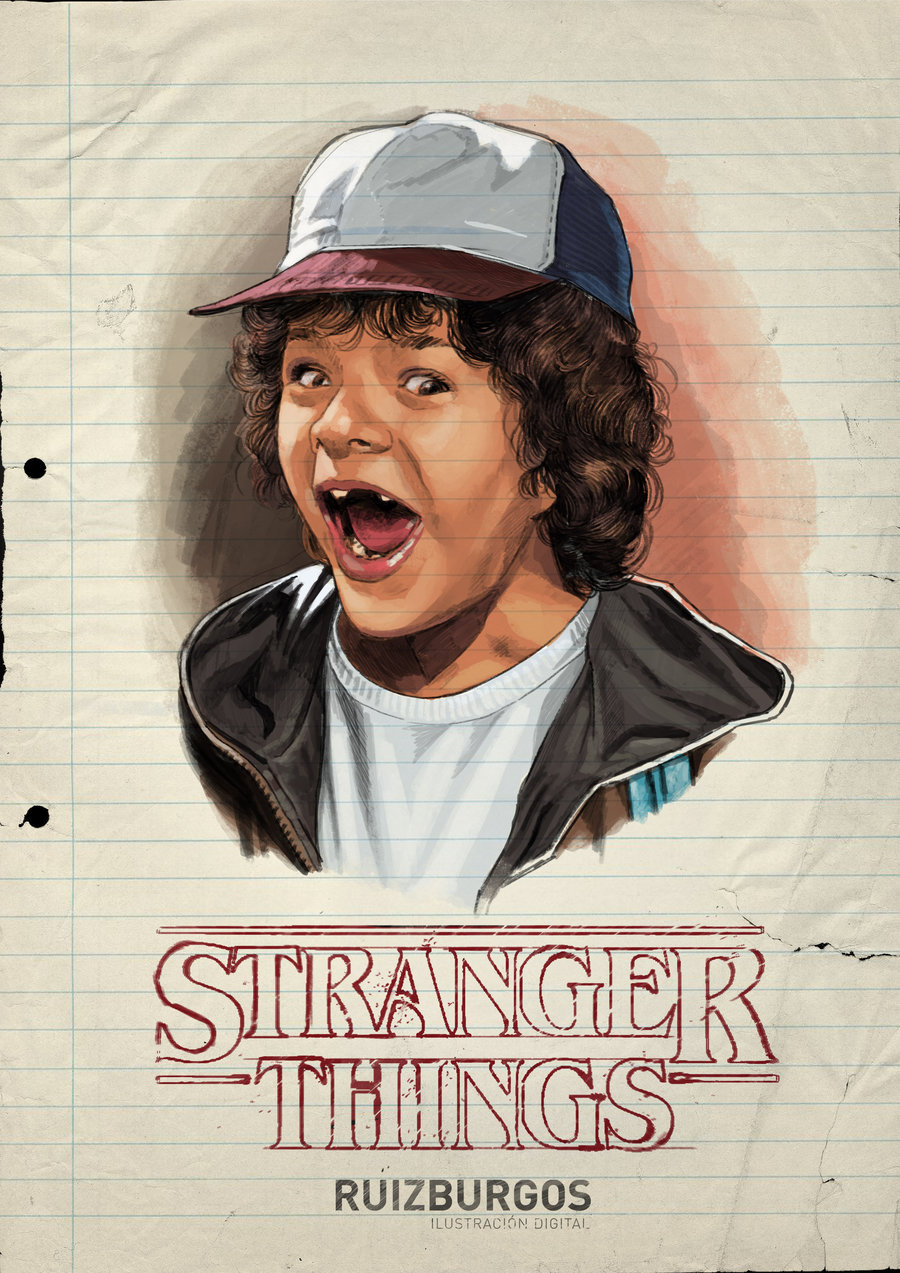 (Burgos has done an entire series of portraits of the five kids whose adventures fuel Stranger Things' plot. Be sure to check out the rest on his DeviantART page or on Facebook.) 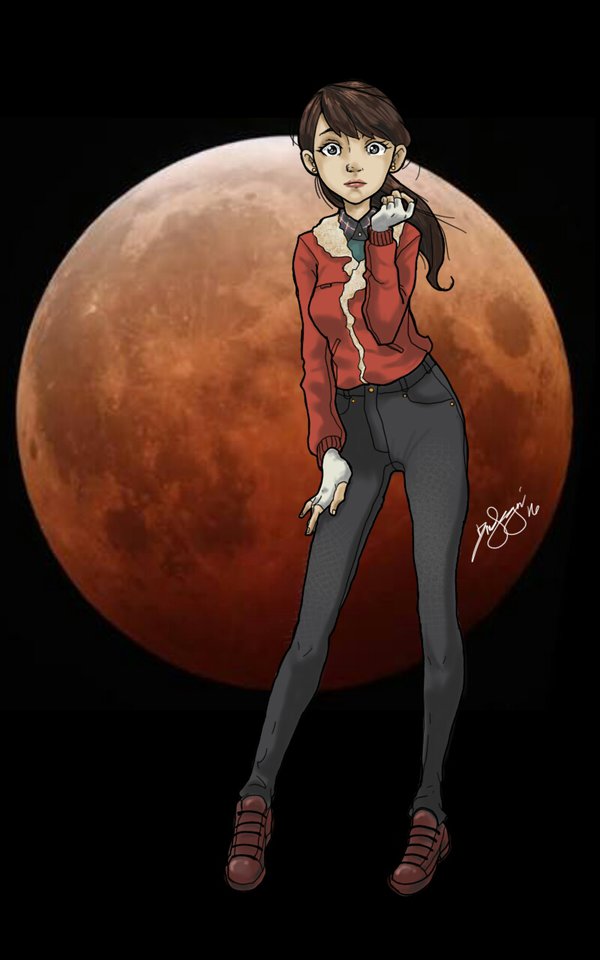 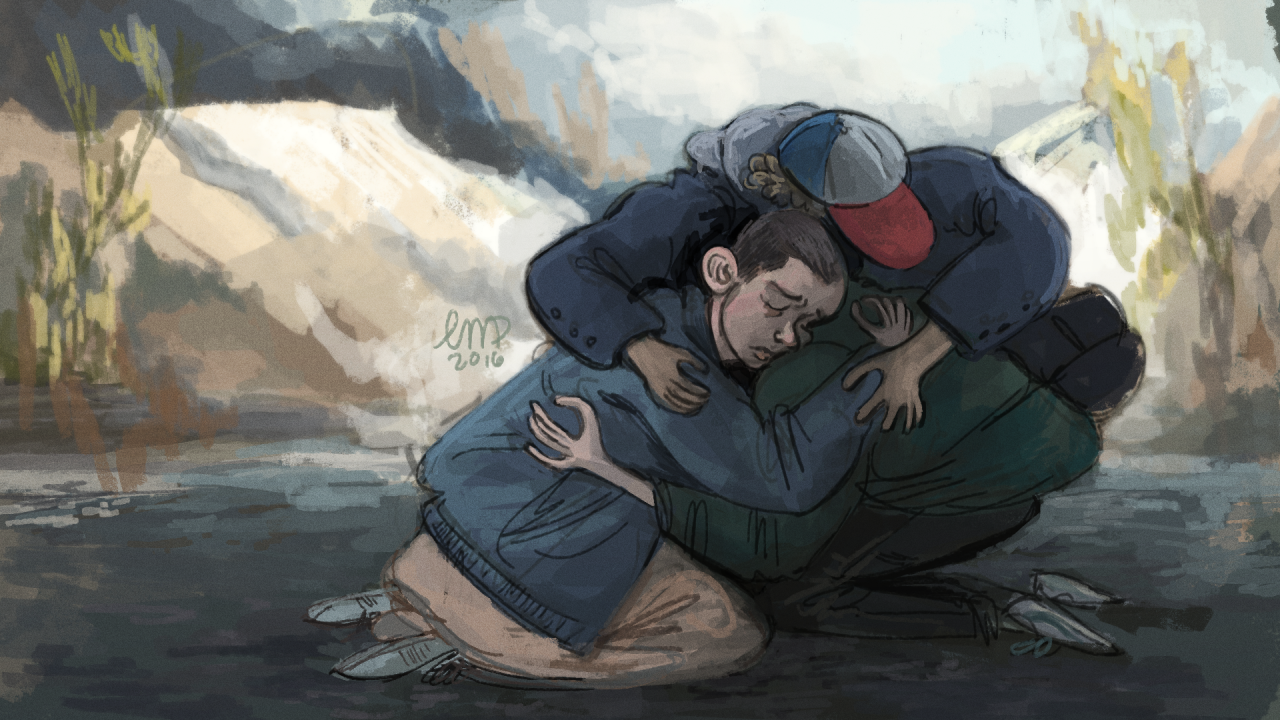 Jonathan and Nancy by Ryan Maniulit 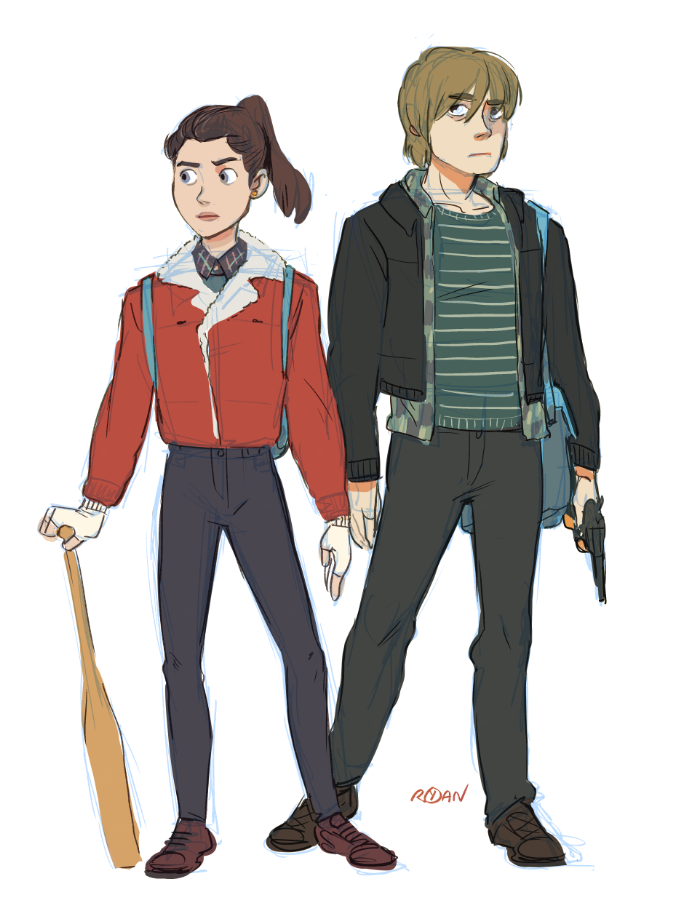 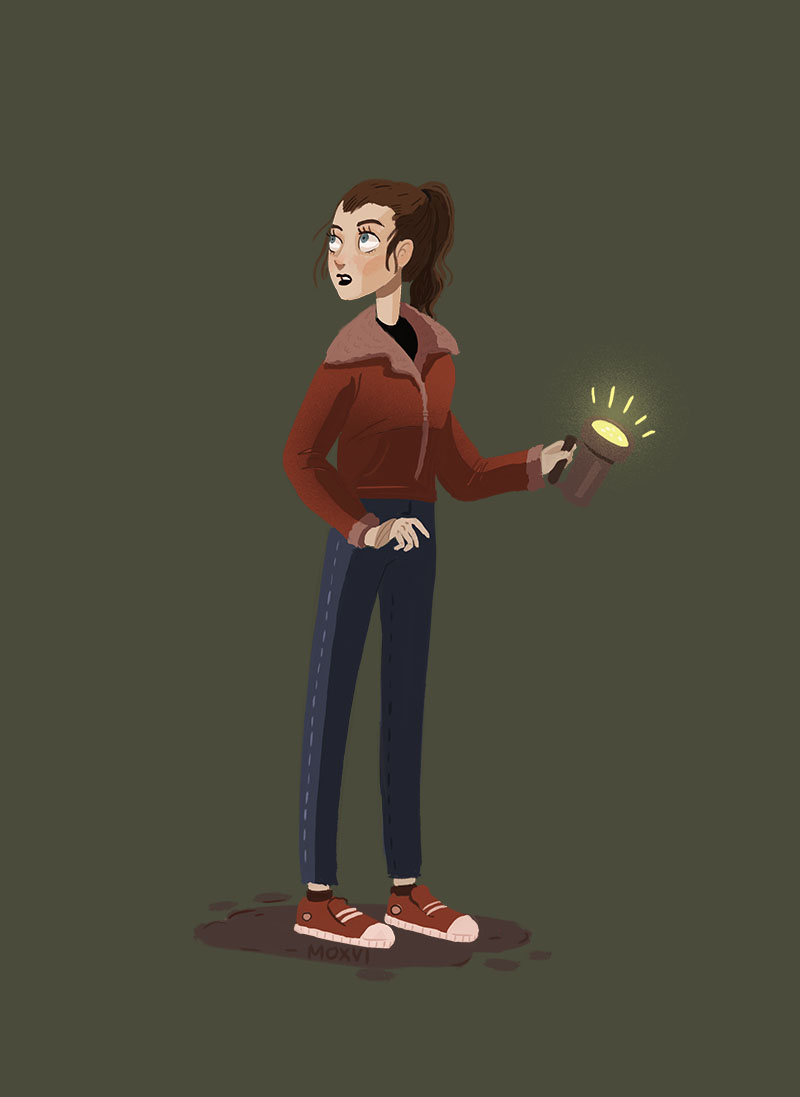 The Stranger Things cast by Anndr 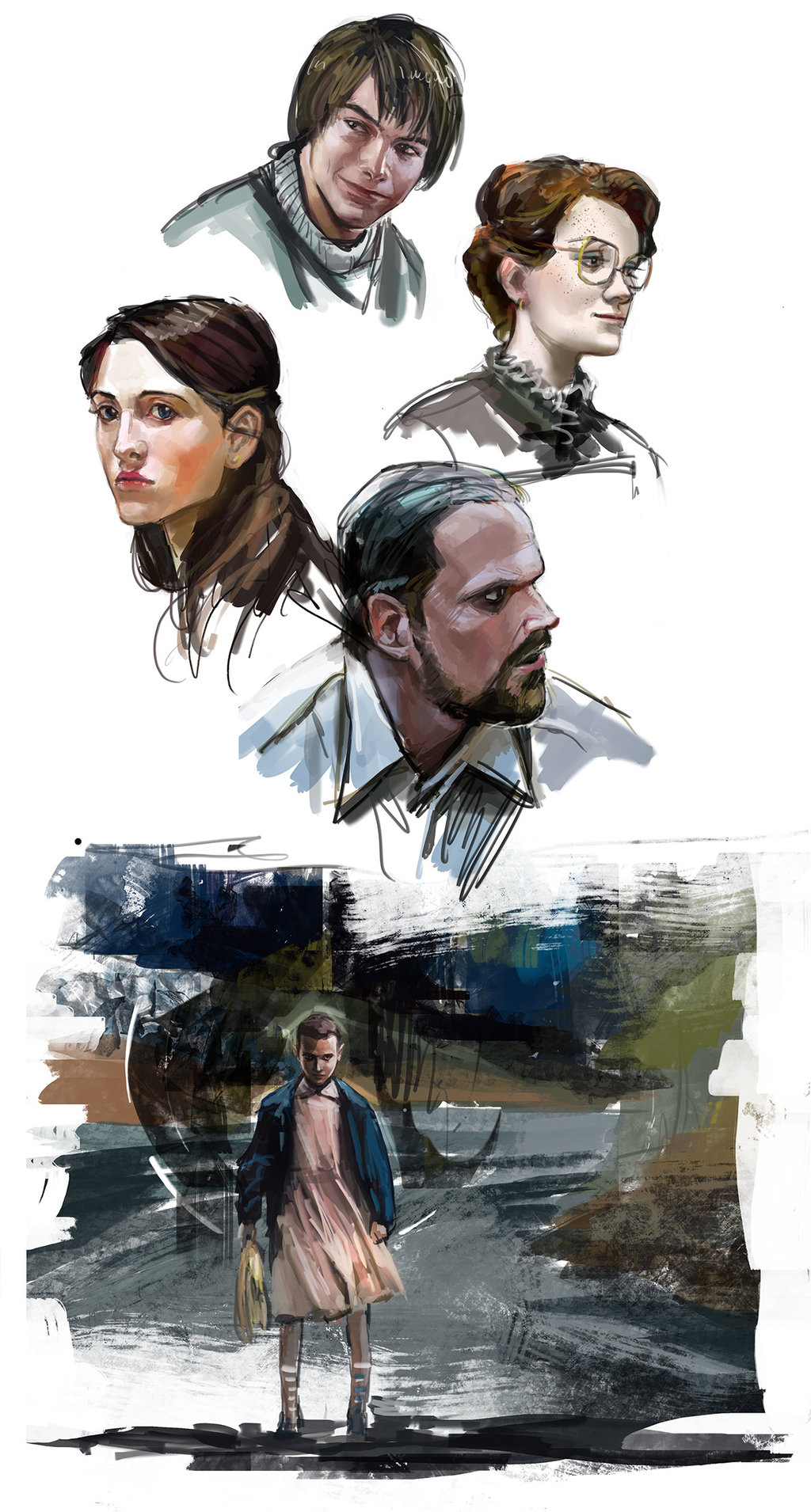 "Should I Stay or Should I Go" by Marco Roblin

(Roblin has also done a series of beautiful Stranger Things sketches on his DeviantART gallery — be sure to check them out.)

The Demogorgon by Fernanda Adami 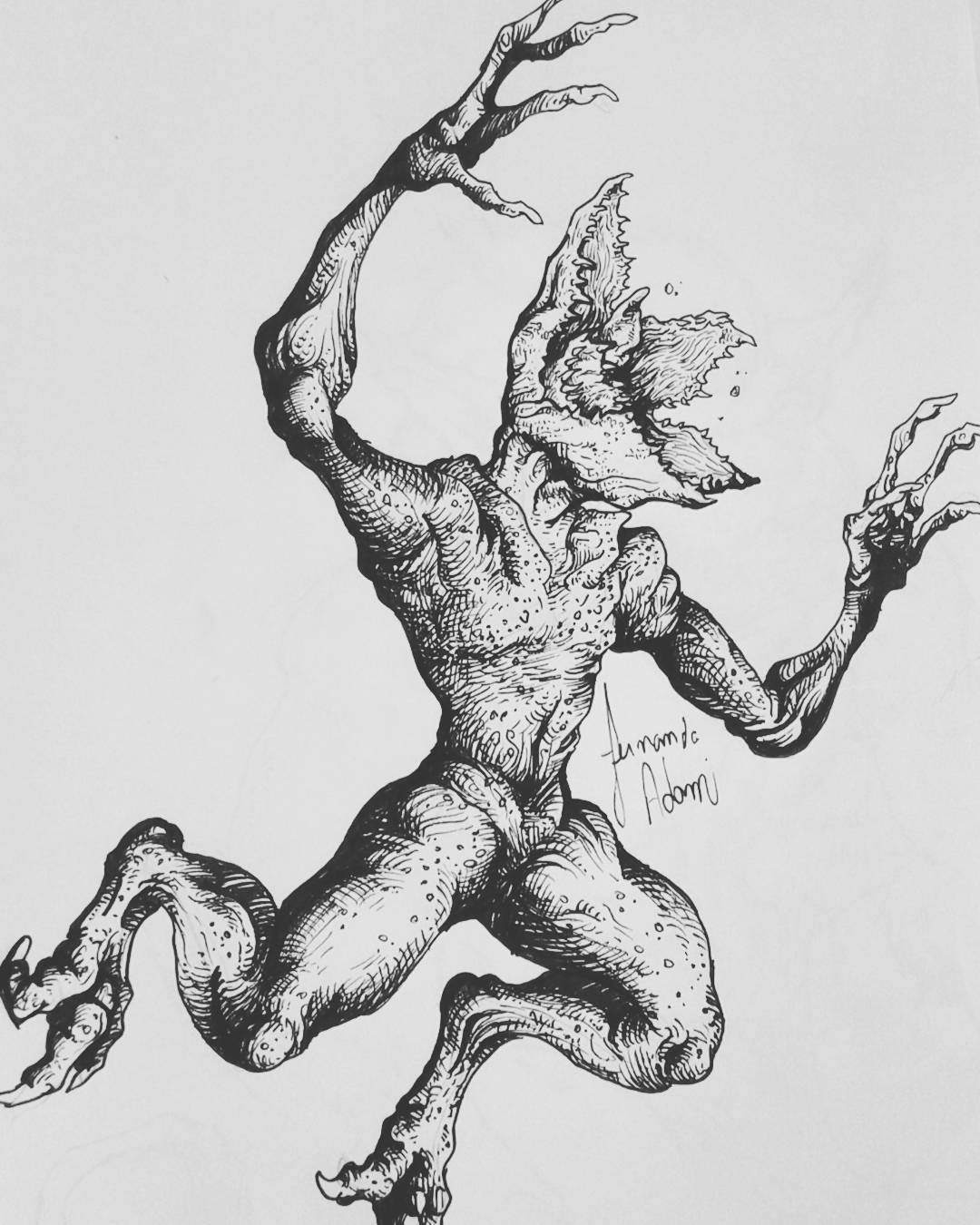 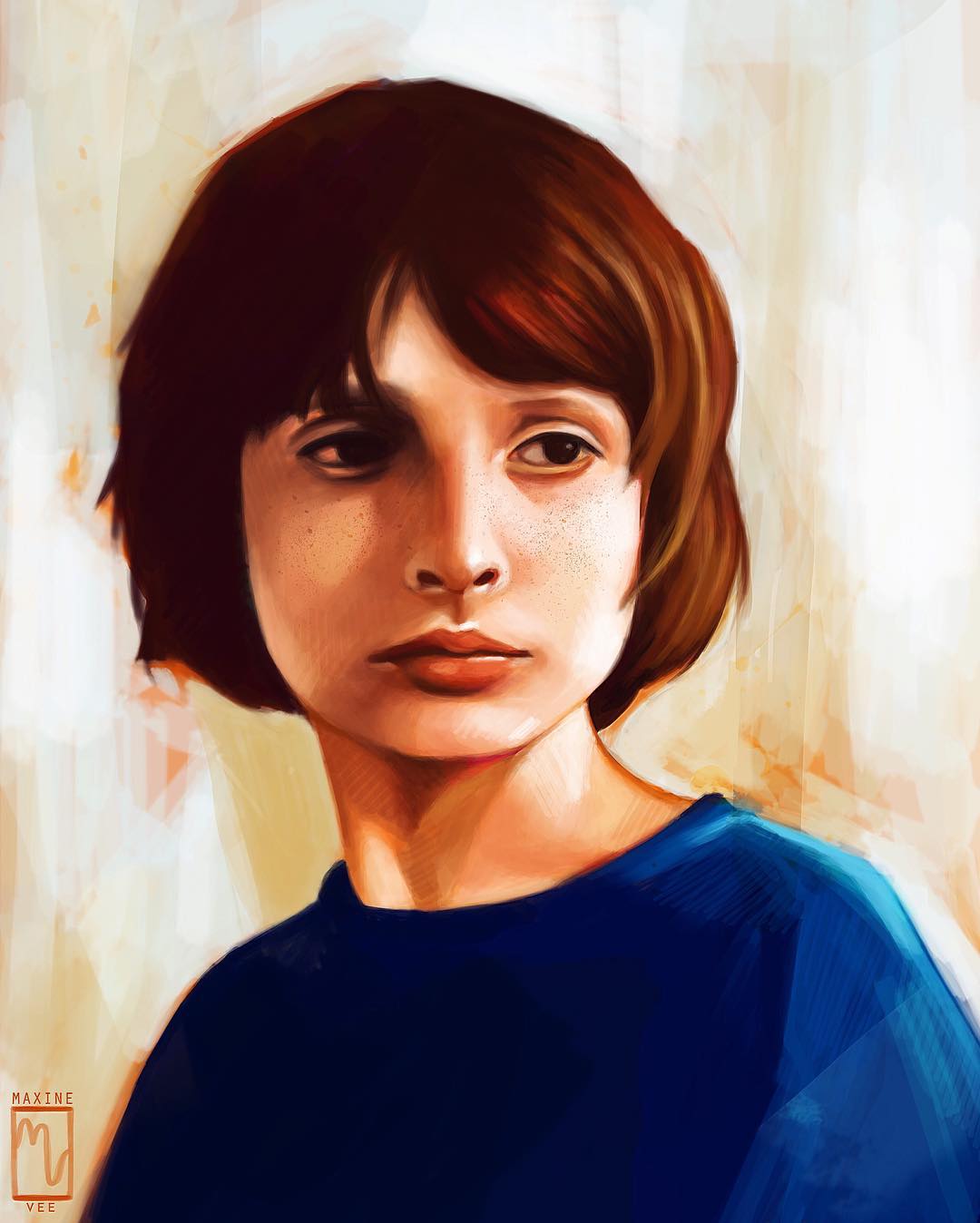 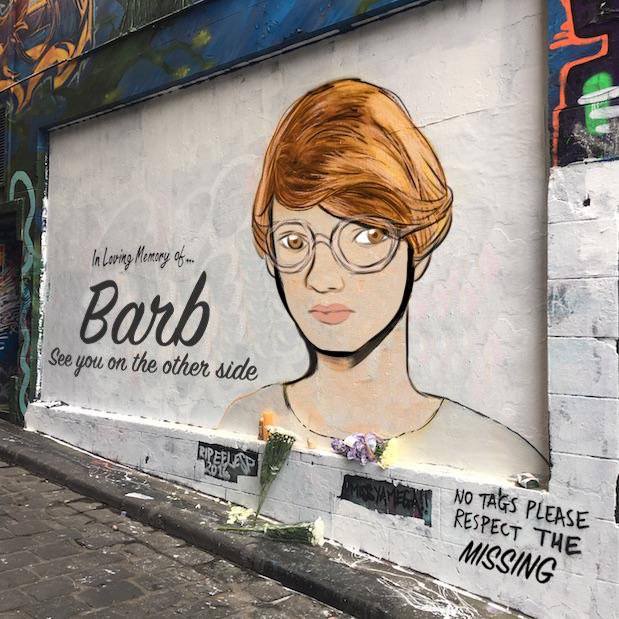 This isn't a real mural but rather a photo manipulation spoofing an actual mural that celebrated the tongue-in-cheek "death" of Taylor Swift; still, it's kind of a sweet gesture for one of the show's most beloved — and regrettably short-lived — characters. 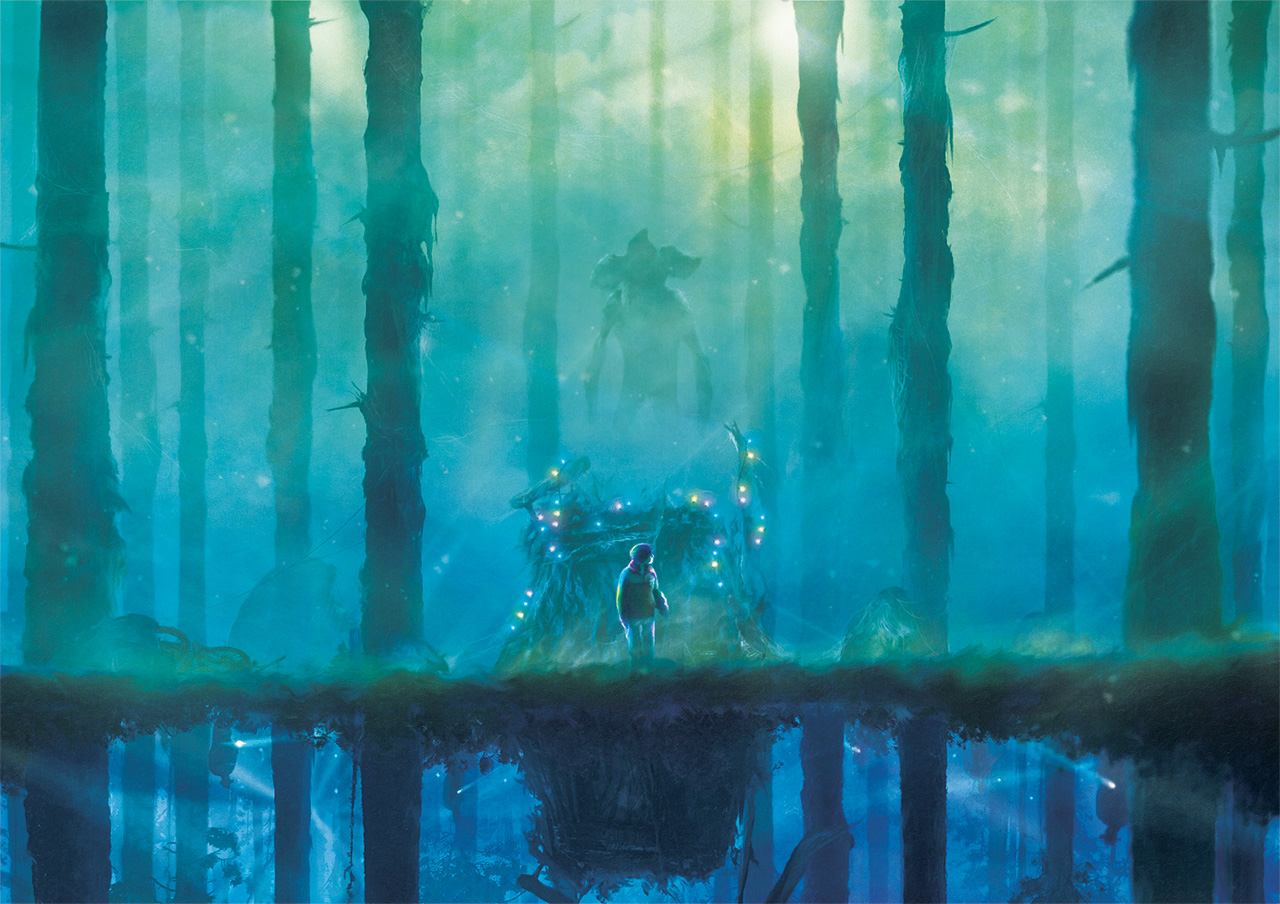 The official Stranger Things poster, designed by artist Kyle Lambert on an iPad Pro, has already been been declared iconic, widely praised, and widely parodied. But many fan artists have attempted to put their own spin on what a poster design for the series could look like.

With so many gorgeous cinematic moments on the show, and so many themes and characters to choose from, the results are varied and beautiful: 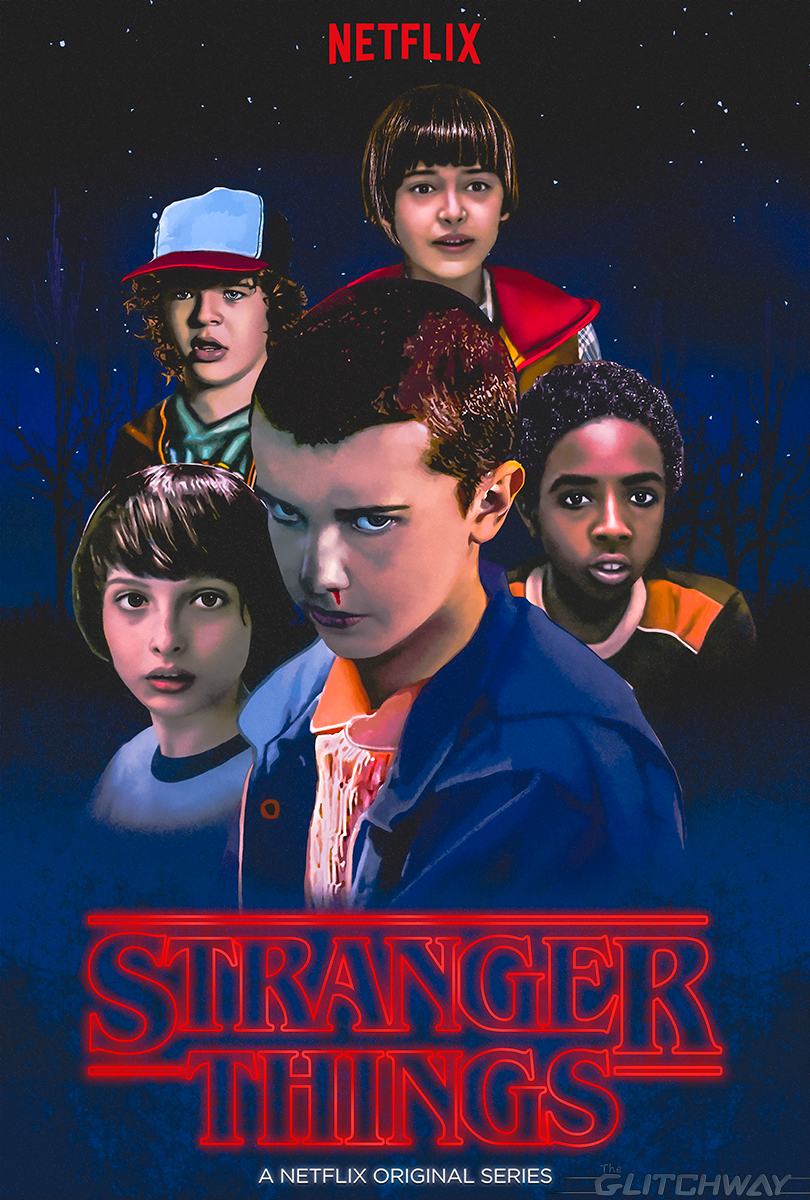 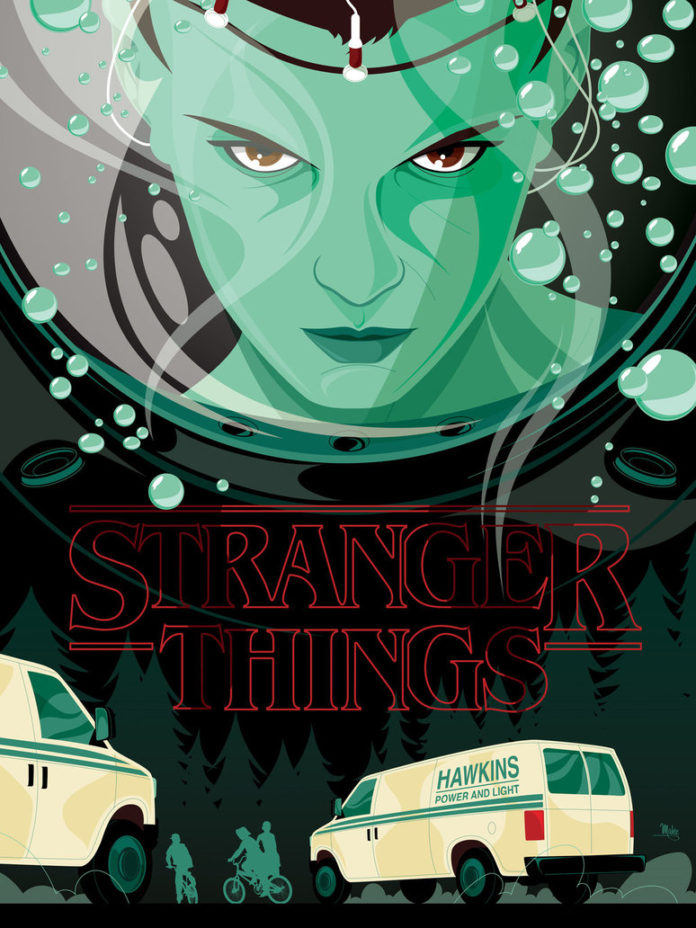 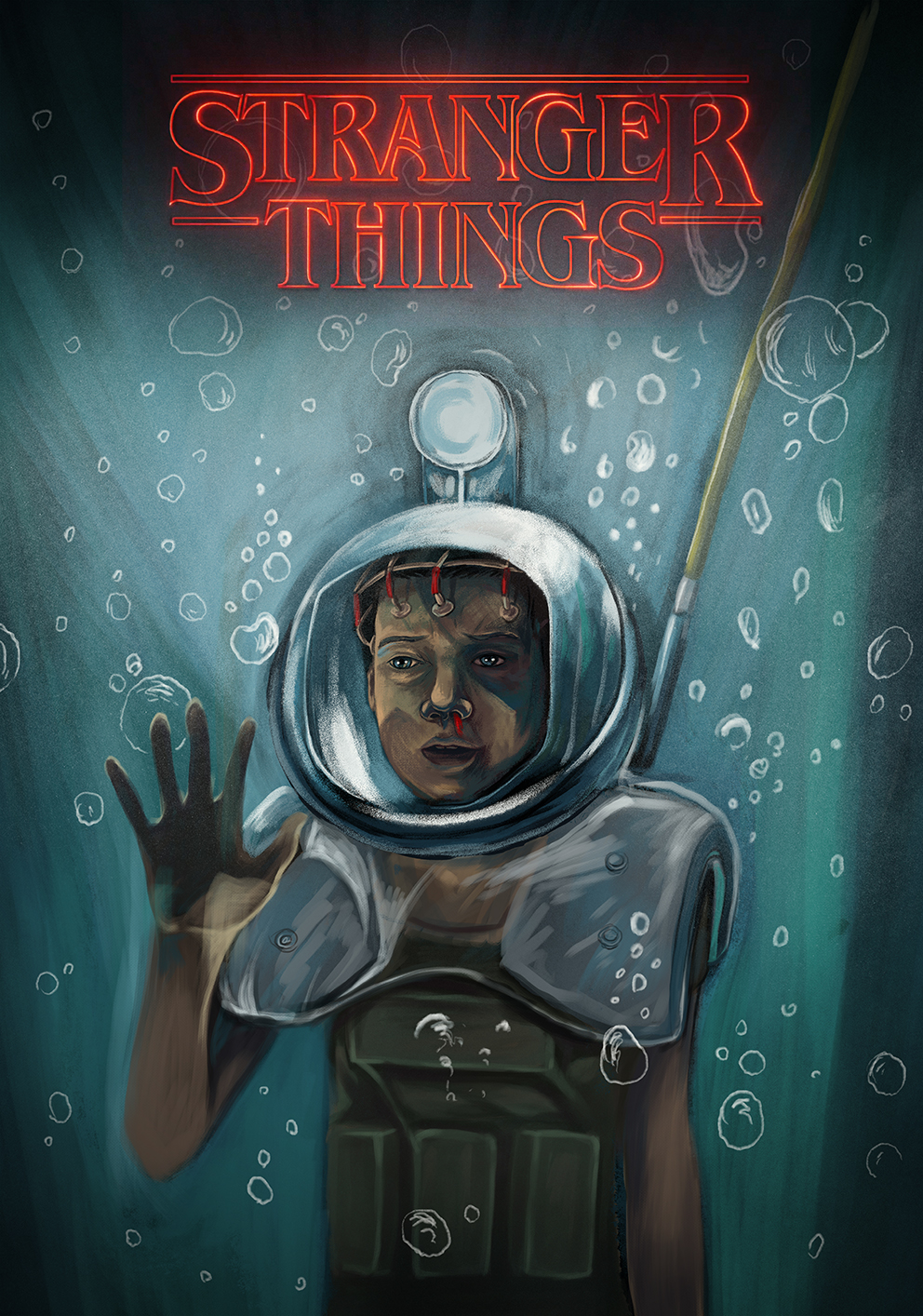 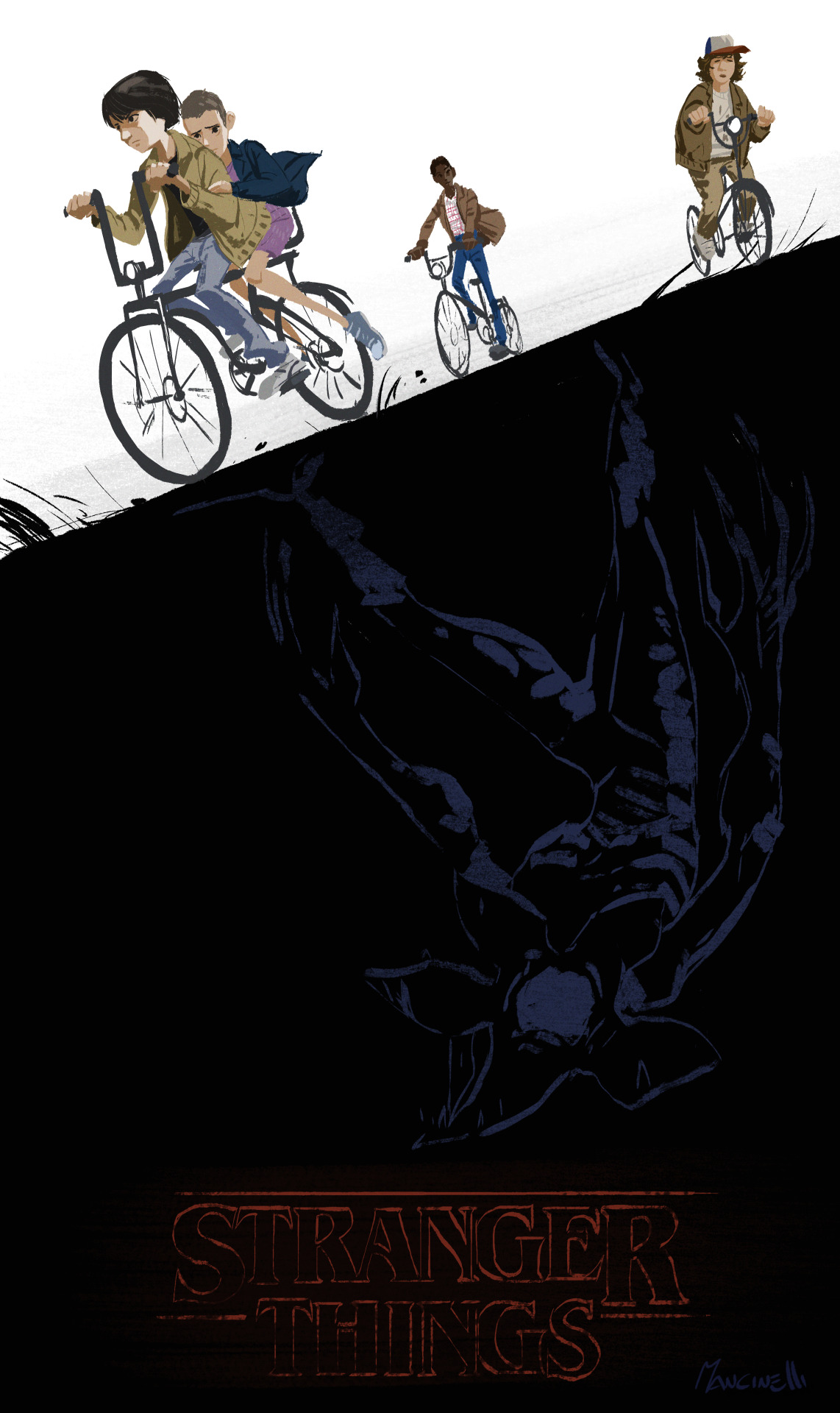 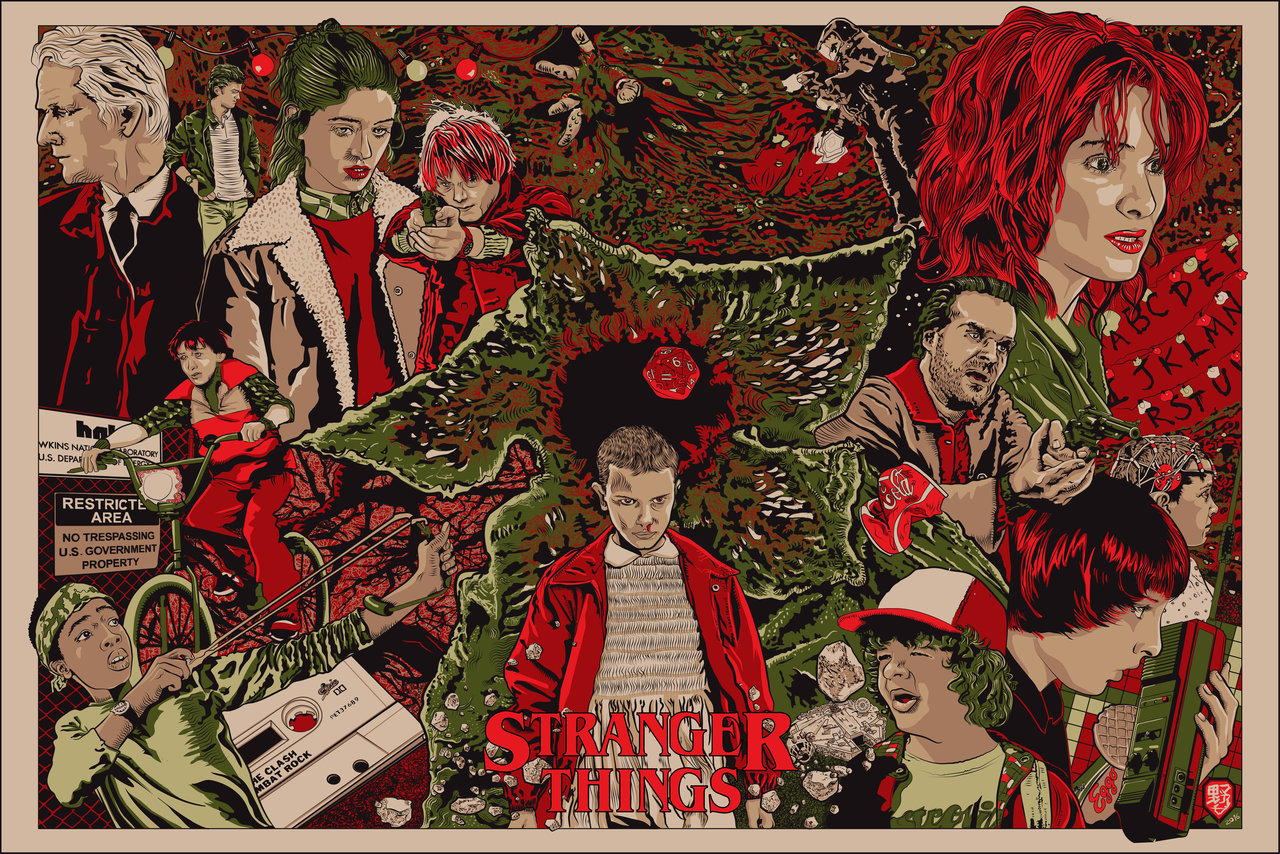 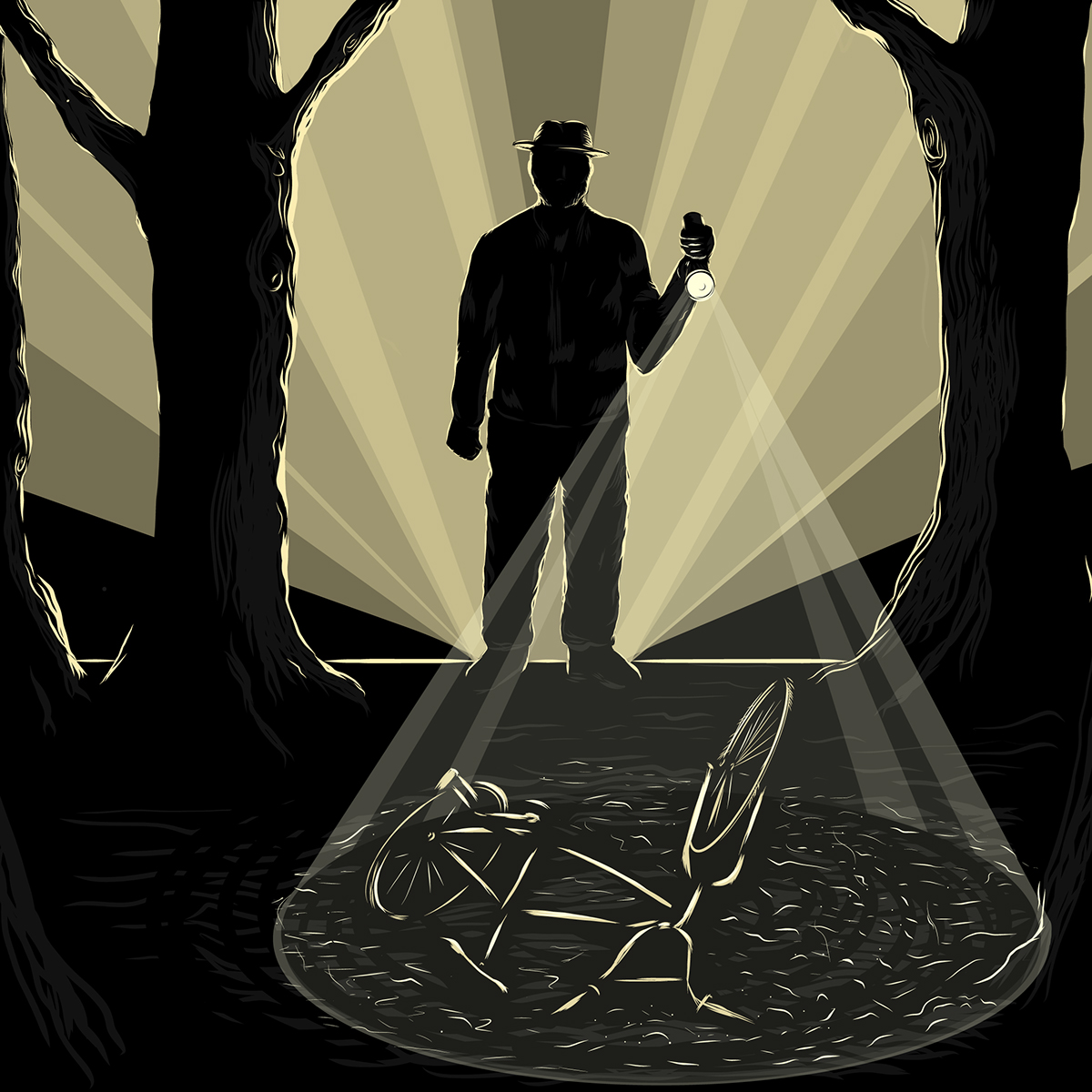 Most of the alternate posters attempt to capture the feel of a Spielberg film, but John Harman's vector poster, above, seems to have opted for a subtle tribute to the legendary poster for John Carpenter's The Thing. 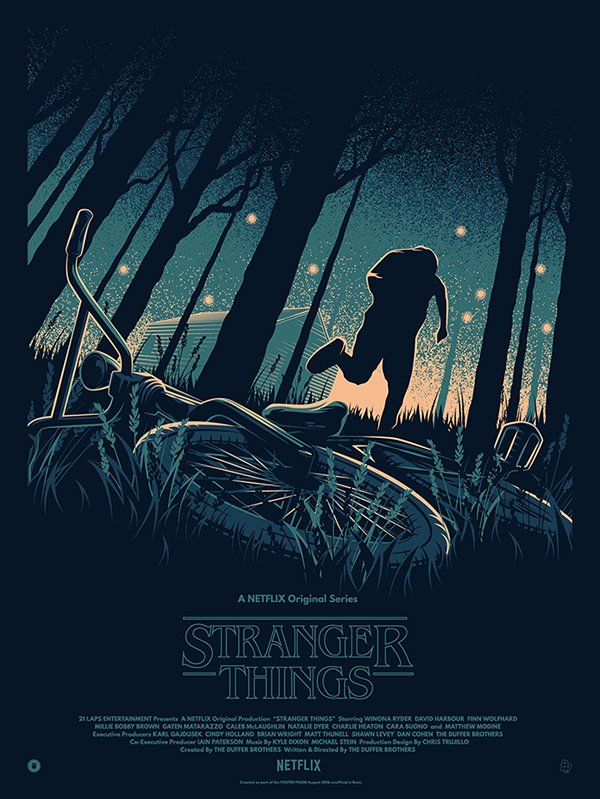 The Upside Down poster by Barrett Biggers 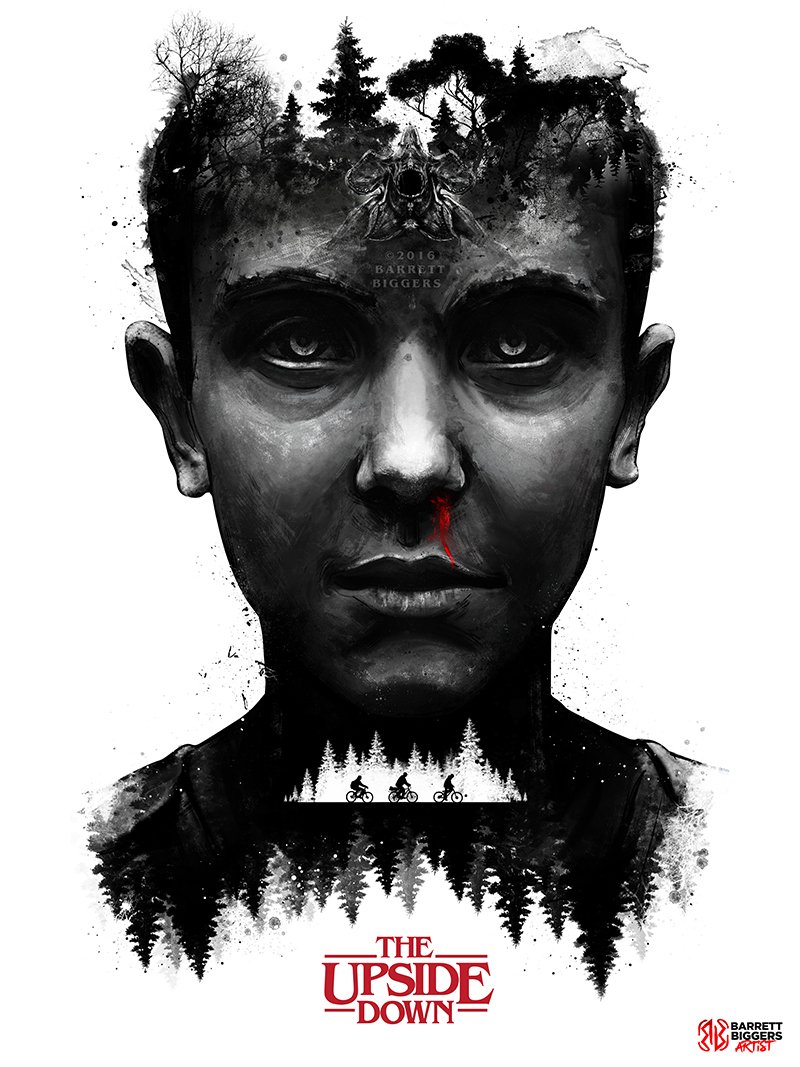 Stranger Things is a series with a lot of interplay between its text and the geek culture in which that text was produced: Our heroes play Dungeons and Dragons and read comics, and the show itself deliberately references tropes from the things its characters love.

It's fitting, then, that some Stranger Things fan art also pays tribute to these other influences on the show.

"How to Hunt the Faceless Monster" by Paolo Márcio 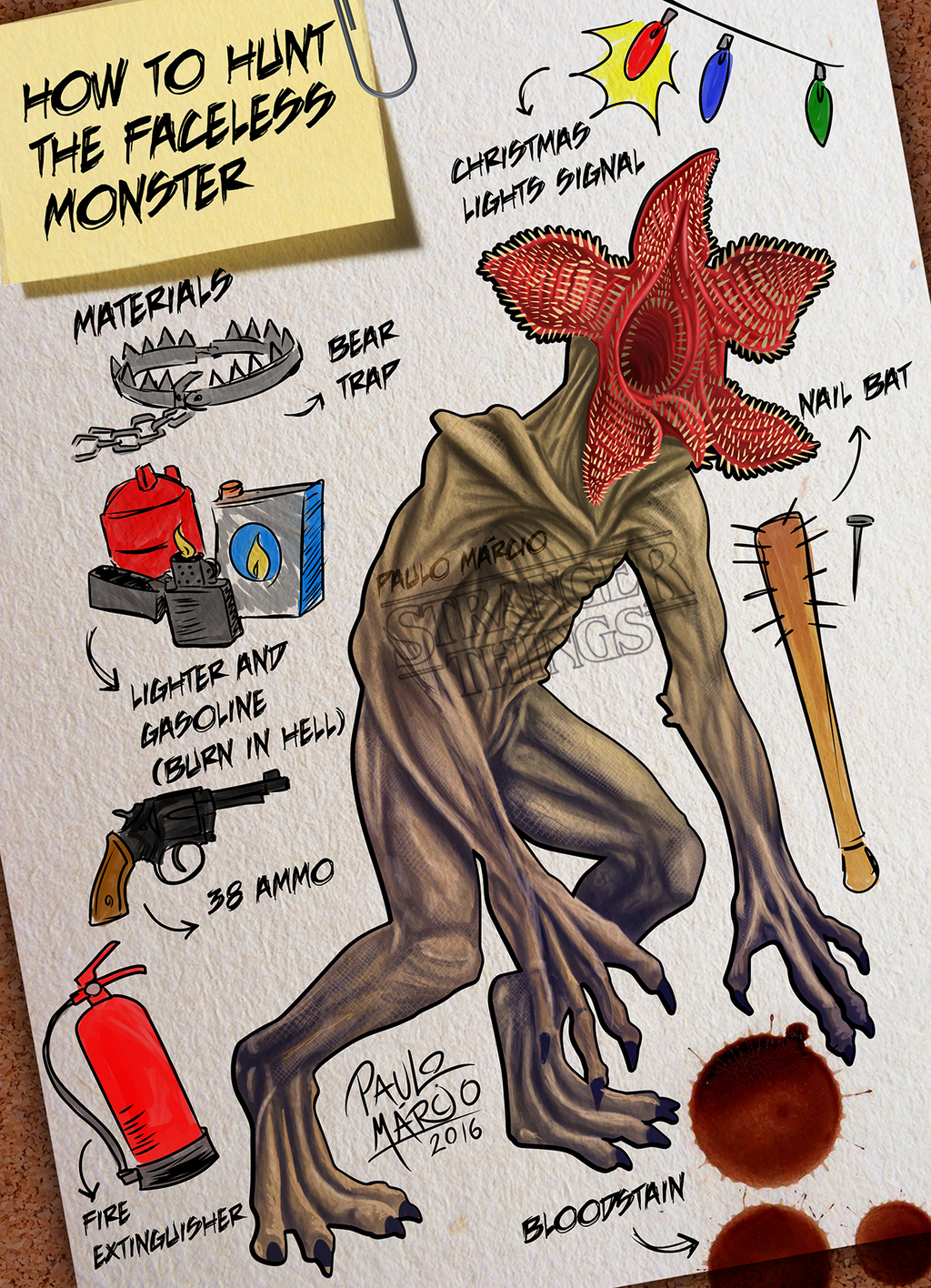 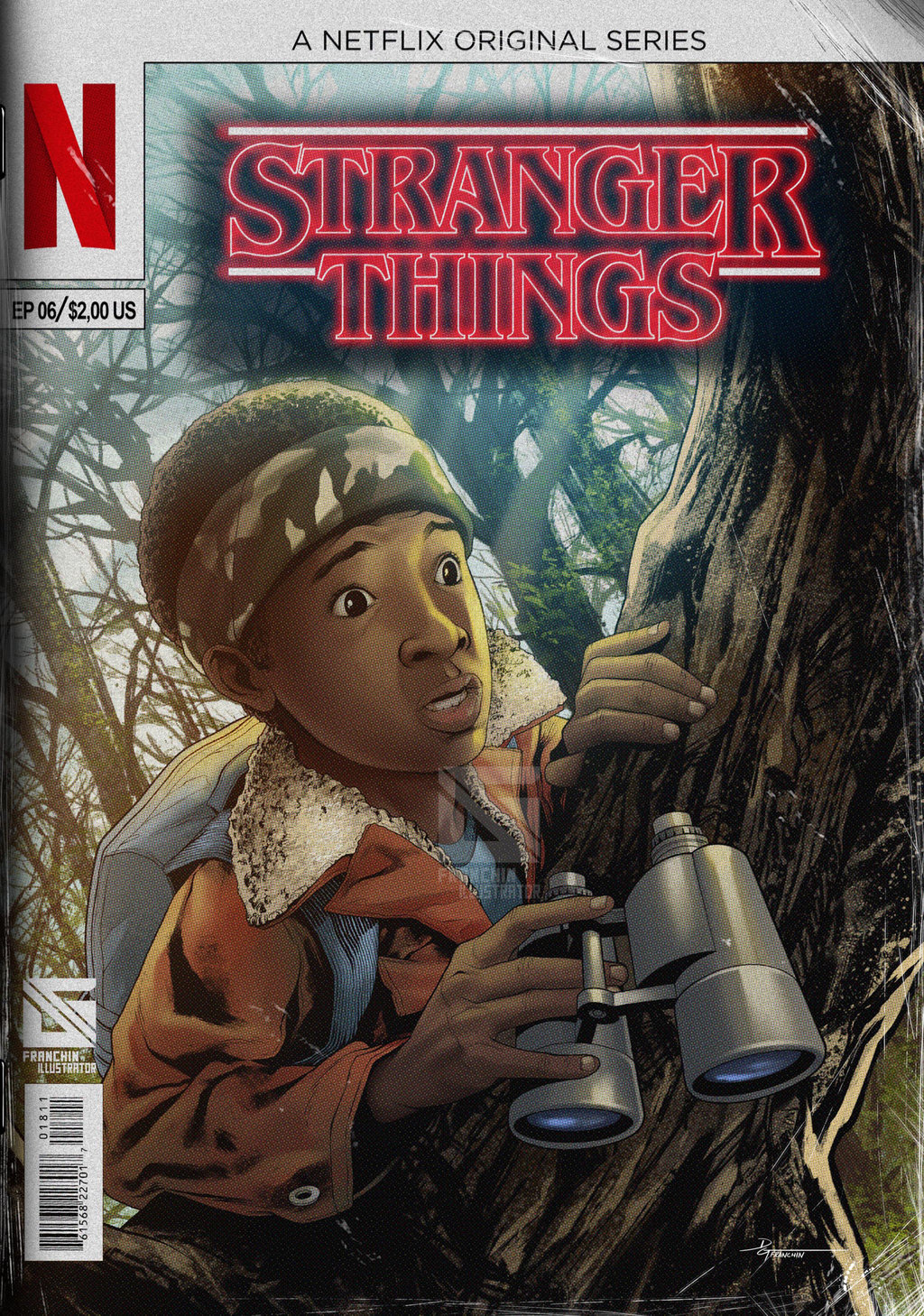 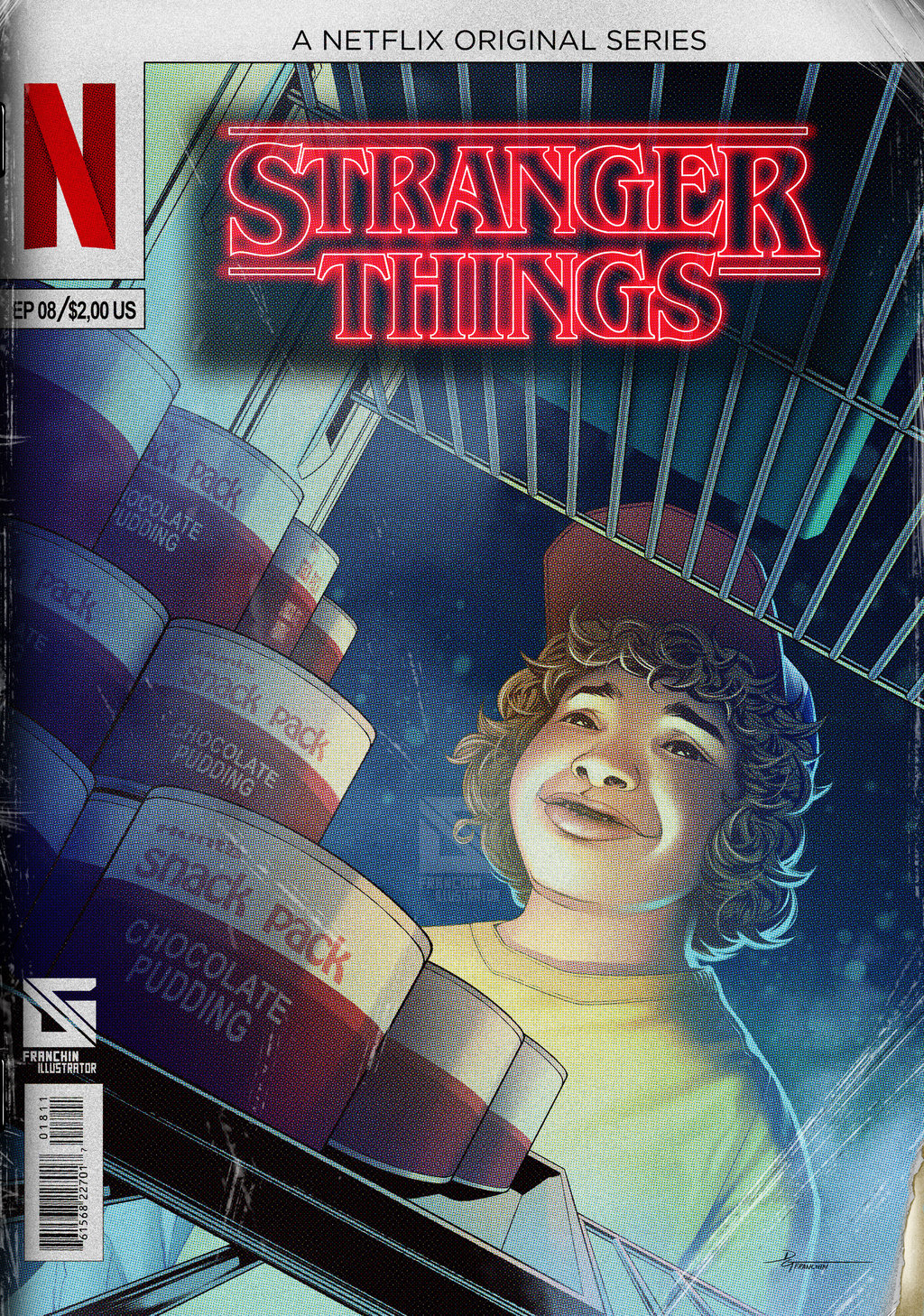 Jonroru's pixel art of the show's intense van chase is done in the style of 8-bit video games of the '80s, in keeping with the show's aesthetic. 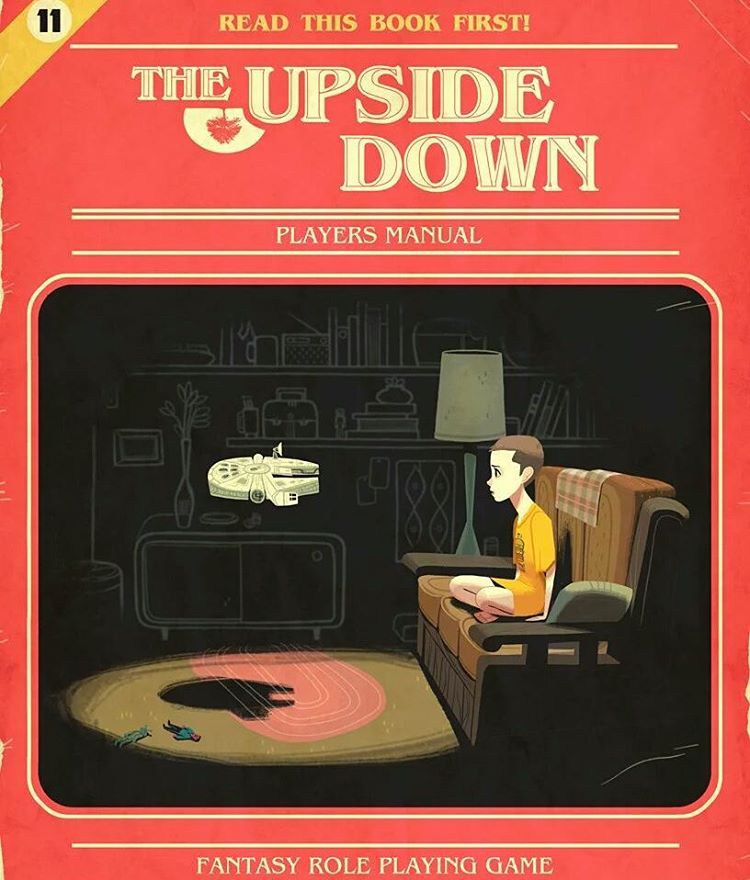 Finally, there's Glen Brogan's take on what a Stranger Things game manual might look like. Brogan imagines the show as a board game–based RPG, instead of just a show that's partly about role-playing games. It's this kind of creative approach that makes Stranger Things fan art almost as intriguing as the world of the series itself.

The books that made us think and act differently this year

View all stories in Culture