About halfway through Pixar’s latest feature film, the Finding Nemo sequel Finding Dory, a pair of the movie’s heroes — Dory, the forgetful blue tang fish, and Hank, a cantankerous octopus — find themselves in a shallow, open-top aquarium exhibit. The notice that the other creatures in the tank are all in hiding, and they quickly realize why: They’re in the aquatic equivalent of a petting zoo, where kids can reach in and touch the marine life on display.

The scene is the payoff to a line delivered earlier in the movie, in which Hank darkly warns Dory that little kids should be avoided at all costs — because little kids like to grab things. And before long, the grabbing begins, as dozens of menacing human hands plunge down from above to rip cowering, fearful sea life from the protection of their watery homes. As the massive-seeming appendages boom through the water, a terrified Dory dashes and dodges through the tank in hopes of avoiding the threat. It’s the fish equivalent of running for her life.

Related Review: Finding Dory might look like Finding Nemo, but it's a delight all on its own

The sequence works as a clever gag built on shifts in scale and perspective — at one point, the camera pulls back to show a group of innocent little kids gently splashing their hands into a shallow pool — and it plays like a faster, louder, scarier version of the "claw" sequence in Pixar’s first film, Toy Story, with director Andrew Stanton emphasizing the whooshing power of the kids’ arms as they crash into the water.

It is also a thrilling, spectacular escape sequence, directed with remarkable confidence and clarity, in which the protagonist must navigate a deadly gauntlet as the world explodes around her. It’s a top-notch action scene hiding in plain sight in the middle of a fun, friendly, PG-rated family film.

There’s a sequence like this in just about every Pixar movie — and sometimes there are several. The studio is best known as a consistent generator of sweet, funny, emotionally rich family films that appeal to both kids and adults. But it is also the home of some of the most exciting and smartly constructed action sequences you’ll see at the multiplex today. 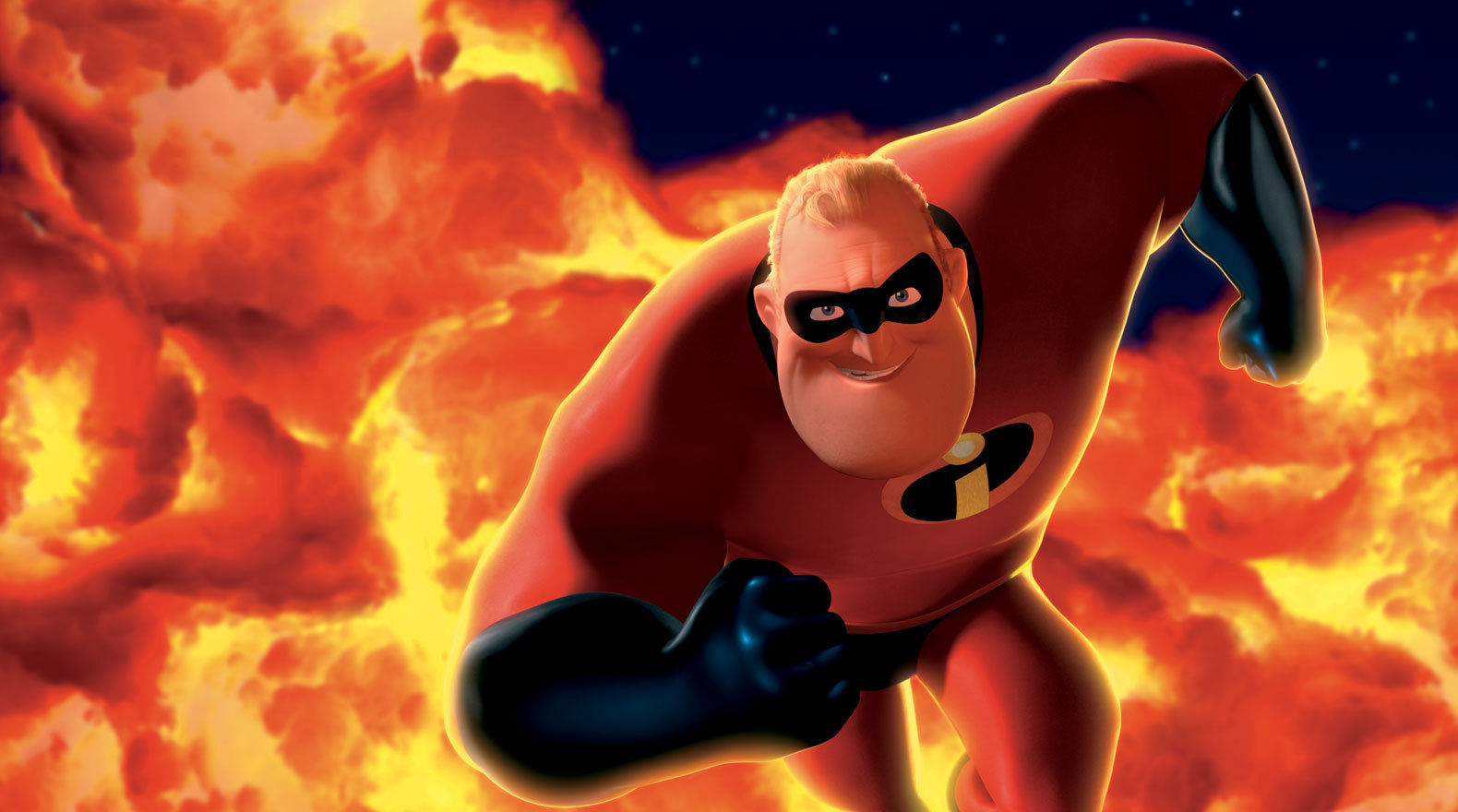 Only one film in the Pixar canon might be described as anything like a conventional action film: The Incredibles, a wry, funny story about a family of superheroes from director Brad Bird. Like virtually all of Pixar’s movies, it’s a parable about the joys and struggles of family life. It’s also a showcase for a series of impeccable action set pieces: a stage-setting opening in which Mr. Incredible has to stop a bomb-wielding villain and save the civilians on an elevated train; a high-velocity escape from an island hideout; an extended finale in which the entire family has to work together to stop a robot bent on massive urban destruction.

Bird’s direction in these scenes is worth admiring at length. His shot choices are both elegant and exciting; witness the way the camera follows Mr. Incredible in the opening scene as he leaps from one building to another, letting the audience follow him as he flies perilously through the air, and then reverses to show him crashing through a window, tracking briefly backward to reveal the impact.

As the scene continues, the camera keeps moving, and the shots are sometimes edited in rapid-fire fashion. But even when the movement becomes frenetic, as when Mr. Incredible follows a rocket-powered young hero out the window, it’s never busy or confusing. The relationship between people, objects, and their surroundings is perfectly clear.

And yet the scene is anything but sterile or boring — quite the opposite. The clarity of the compositions draws you in and makes it more exciting, letting you know exactly what’s happening and how much danger exists.

The action set pieces in The Incredibles don’t just have clarity of motion; they also have clarity of purpose. Every one of the big action beats has a specific, physical goal — catch the bomber, hold back the train, grab the remote control with the big button that stops the rampaging robot.

Organizing the scenes around these easy-to-visualize objectives gives them an even greater coherence: You always know exactly what the heroes are trying to accomplish and how the obstacles they encounter will affect their missions. Bird’s action scenes don’t just show you what’s happening; they also explain why.

Okay, you might think, "That’s a superhero movie. Of course it’s going to have some impressive action scenes." But Bird’s follow-up, Ratatouille, was a strange and personal story about a rat who longs to be a great chef — not at all what you’d think of as an action movie — yet the lead-up to the finale was a brilliantly executed chase scene, in which a villainous chef riding a scooter pursues the movie’s rat protagonist along the Seine in Paris. As in The Incredibles, the scene maintains an effortless spatial clarity and is built around a clear, specific, physical goal, with the chef trying to get back a document the little rat has stolen.

All of Pixar’s movies contain at least one thrilling, well-executed set piece 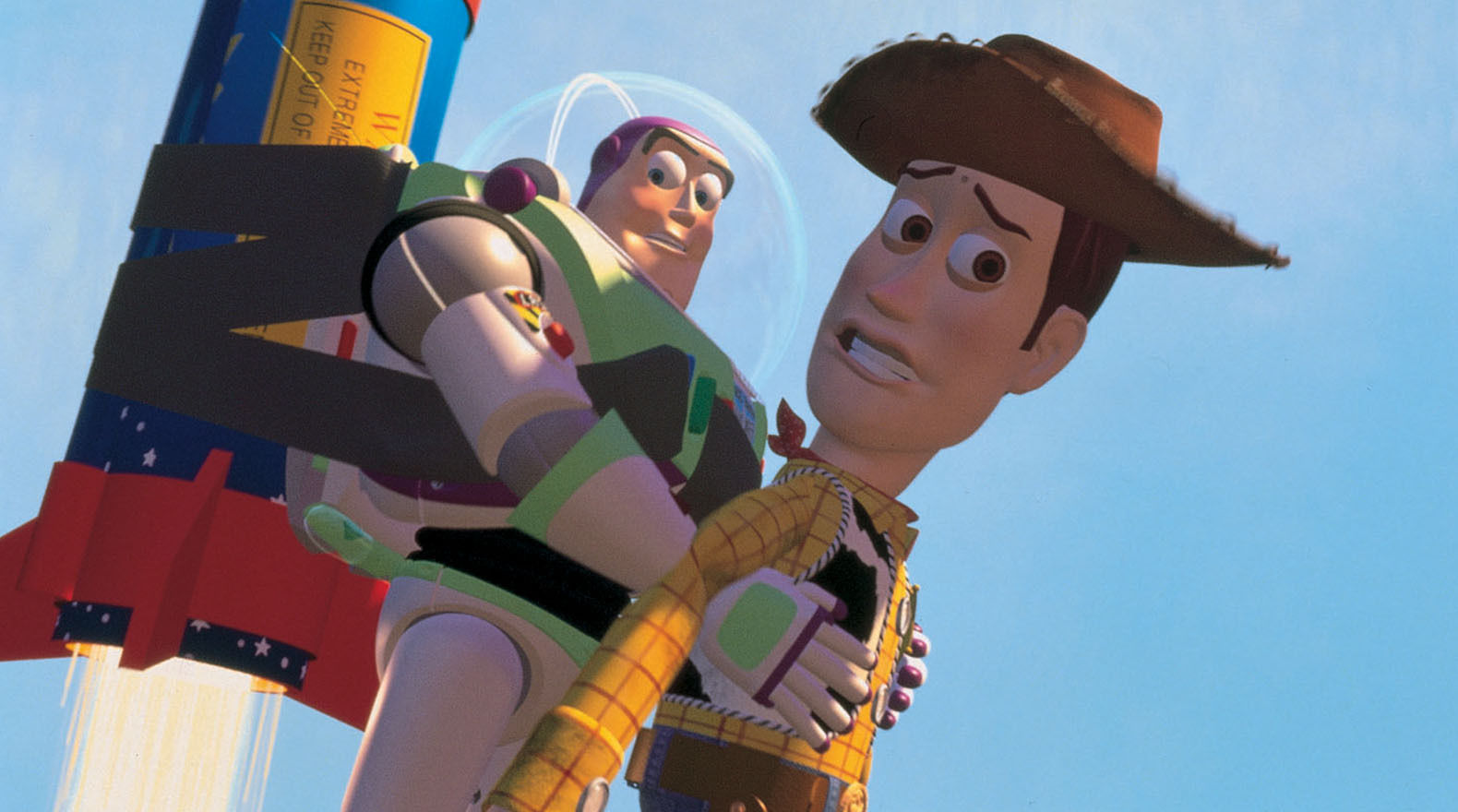 Bird is probably the most action-savvy of all of Pixar’s directors. But the same sort of elegant, exciting action filmmaking, built on clarity of purpose and geography, can be found throughout the Pixar oeuvre — especially when the films reach their climaxes.

Wall-E ends with a clamorous chase involving a ship full of rogue robots. Toy Story concludes with a flurry of explosive motion as Buzz and Woody fly a miniature rocket to reach a car after being left behind in a family move. Finding Dory, similarly, closes with a burst of dazzling vehicular mayhem, as Hank the octopus drives a delivery truck through a highway roundabout. Toy Story 2 resolves in a delightful flurry of chaos on a maze of luggage belts behind the scenes at an airport.

The third act of Monsters, Inc. expands on the same idea, with an elaborate chase through a massively mechanized system of doors as they are moved through a cavernous factory. (The folks at Pixar clearly take pleasure in designing fanciful mechanization — look at the people-mover system in The Incredibles, or the emotional machinery that powers memories in Inside Out.) These are just a few examples. The point is that these sorts of elaborately designed scenes are one of Pixar’s cinematic signatures.

On the surface, these might not seem like traditional action sequences. There are few explosions or car wrecks and no gunfire to speak of. There isn’t a lot of hand-to-hand combat going on, either. These aren’t fight scenes.

But just because they lack some conventional action movie elements doesn’t mean they somehow aren’t action scenes. The essential quality of an action sequence isn't violence; it's movement. And that's what Pixar does so well: high-stakes sequences built on motion and commotion, scale and speed, action and reaction, the interplay of objects and human — or, okay, toy, or robot, or octopus — physicality.

Every single one of these set pieces is a truly thrilling display of movement choreographed for the camera, executed with the same wit, verve, and creative energy that powered classic action sequences like the truck chase in Raiders of the Lost Ark, or the foot chase in (the original) Point Break, or the lobby shootout in The Matrix.

What live-action movies could learn from Pixar

What’s more, each of these scenes is a little master class in action scene staging and choreography. They’re marvels of creative ingenuity, of clarity and pacing, of setups and payoffs, of suspense building and chaos and catharsis — which is to say, they’re the sorts of scenes I wish we’d see more of in more adult-oriented live-action movies.

Live-action movies arguably have a tougher time because of the constraints of shooting real objects. Pixar’s films are entirely computer-generated and, especially as computer animation has advanced, limited only by what they can imagine.

If you can put a great action scene into a kids’ movie like Finding Dory, you can put one anywhere

But it is possible to transfer the same core principles into live action: Just look at Mission: Impossible – Ghost Protocol, also directed by Bird. Its elaborate action sequences adhere to the same underlying principles as The Incredibles. The sandstorm chase that follows the Burj Khalifa is driven by a simply illustrated goal, with Tom Cruise’s Ethan Hunt chasing a dot on a tracking device; even though the sandstorm obscures what you can see, it’s always perfectly clear what’s happening. The finale takes place in an elaborate, high-tech car park; it’s a chaotic, dazzlingly mechanized sequence that would feel right at home in the final minutes of any Pixar film. And while Bird’s live-action follow-up, Tomorrowland, was disappointing in many ways, it exhibited a similar creative spark in several of its action scenes.

All too often, the clarity of these sequences is missing in modern action films. Even when they’re not filmed entirely in the sort of incoherent shaky cam that, as Matt Zoller Seitz wrote in 2009, appears to have been designed to make movies look bad on purpose, they cut too often, contain too many shots that don’t properly emphasize speed or scale, and refuse to let the better shots linger. While the worst of the shaky-cam trend seems to have passed, many contemporary big-budget action movies still prioritize sensation over sense.

Pixar’s action scenes, by contrast, are models of what action scenes can and, I think, should be — clever and coherent, built on both spectacle and perspective. The studio stubbornly refuses to give up on the idea that clarity enhances rather than detracts from these sequences. Its continued success is proof that the masses will watch movies made this way. If you can put a great action scene into a kids’ movie like Finding Dory, you can put one anywhere.