All of this TV season's cancellations and renewals

Share All sharing options for: All of this TV season's cancellations and renewals

Constance Grady is a senior correspondent on the Culture team for Vox, where since 2016 she has covered books, publishing, gender, celebrity analysis, and theater.

TV viewers, at last we have made it to May! It’s that month of joy and despair in which we learn which TV shows have made the cut for the 2016-'17 season and which will be headed to the graveyard of cancellation. Below, we’ve rounded up a comprehensive list of all the broadcast shows you can expect to see again in the coming year, and all the ones you’ll have to say goodbye to.

For most of the 2015-'16 season, networks were fairly soft on cancellations. After buzzy new shows like Minority Report flopped despite aggressive publicity tours, many networks shifted to a strategy of quietly cutting shows' episode orders and then simply declining to order more — all without officially canceling them. (We’ve placed some of these soft-canceled shows on our canceled list, with notes explaining their individual situations.) As the networks move to lock in their fall TV schedules, however, the cancellation axe has begun to swing.

We’ll be updating this list as more news comes in, so check back often!

Castle has been canceled and will not return for a ninth season. (ABC)

Which broadcast TV shows have recently been canceled or aired their planned series finales?

Beauty and the Beast (The CW)

The Messengers (The CW)

Minority Report (Fox) — The show's cancellation is not yet official, but its initial episode order was cut from 13 episodes to 10, and there’s no indication that Fox will order any more. Updated 5/17: cancellation is now official.

The Mysteries of Laura (NBC)

Of Kings and Prophets (ABC)

Person of Interest (CBS) — The currently airing fifth season will be the show’s last.

Under the Dome (CBS) 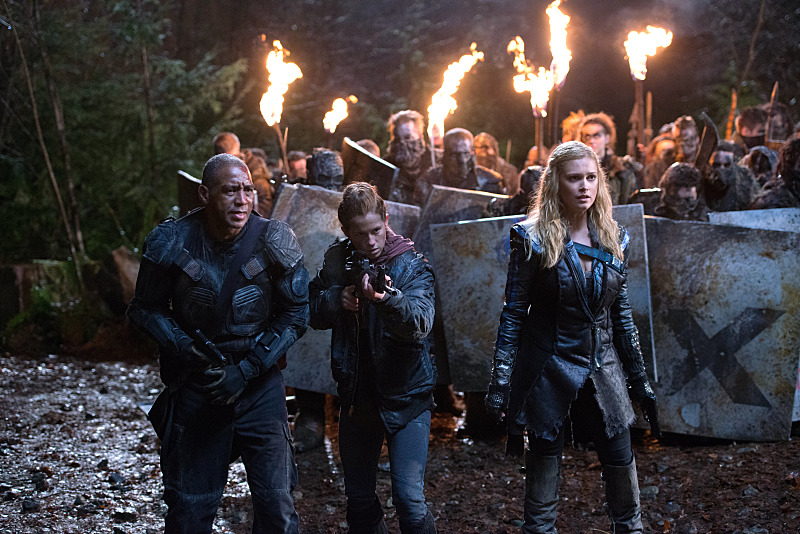 Which broadcast TV shows have been renewed for the 2016-'17 TV season?

America's Next Top Model (The CW) — Although the show has been canceled at The CW, VH1 will be picking it up.

The Big Bang Theory (CBS) — In March 2014, the show was renewed for three seasons at once, ensuring it will remain on the air at least through spring 2017.

Dancing with the Stars (ABC)

DC’s Legends of Tomorrow (The CW)

The Flash (The CW)

Fresh Off the Boat (ABC)

How to Get Away With Murder (ABC)

Jane the Virgin (The CW)

The Last Man on Earth (Fox)

Nashville (CMT) — Nashville was canceled by ABC, but it will live on on CMT.

Once Upon a Time (ABC)

The Originals (The CW)

Secrets and Lies (ABC) — Secrets and Lies was renewed for a second season on May 7, 2015, but that season has not yet debuted, and its premiere date has not been announced.

So You Think You Can Dance (Fox)

Supergirl (The CW) — Supergirl is leaving its home on CBS to join its sister show The Flash on The CW for its second season.

The Vampire Diaries (The CW)

Whose Line Is It Anyway? (The CW)

Which broadcast TV shows are still waiting on an official verdict?

Are You Smarter Than a 5th Grader (Fox)

Updates: American Crime, The Catch, The Carmichael Show, Life in Pieces, The Real O'Neals, Last Man Standing, Sleepy Hollow, The Voice, Code Black, Criminal Minds: Beyond Borders, The Odd Couple, and Undercover Boss have been renewed. Agent Carter, Castle, CSI: Cyber, Crowded, The Family, Galavant, Game of Silence, The Grinder, Heartbeat, The Muppets, The Mysteries of Laura, Nashville, Telenovela, Undateable, Rush Hour, Cooper Barrett’s Guide to Surviving Life, and Limitless have been canceled. Minority Report's unofficial cancellation is now official. Supergirl has been renewed and will move to The CW for its second season. Nashville was canceled by ABC but will move to CMT.

How a TV show gets made