One chart that explains 47 episodes of The Americans

Share All sharing options for: One chart that explains 47 episodes of The Americans

But there's one big hurdle: At this point, if you've never watched a single episode of The Americans, you have 47 hours of television to catch up on.

That's a lot! And it's an especially heavy lift with a show that can be as emotionally harrowing as The Americans, which centers on KGB spies pretending to be a normal American couple in early '80s Washington, DC.

The series features all the plot twists and shocking moments you'd expect from a spy drama, but it's mostly a small-scale story of two people trying to advance their cause while staying true to each other and themselves. It's a spy story, a love story, and something of a moral parable. And that means there are a lot of details to keep track of.

Enter this graphic from FX — making its debut on Vox — which you can use as a guide to virtually every element of The Americans. Start in the center with Philip (Matthew Rhys) and Elizabeth Jennings (Keri Russell), then trace their various relationships outward to see all of the characters whose lives they've intersected with over the years. (Of particular importance: their daughter, Paige, and their FBI agent neighbor, Stan.)

You can look at the full graphic here, or you can simply hover over it to zoom in. 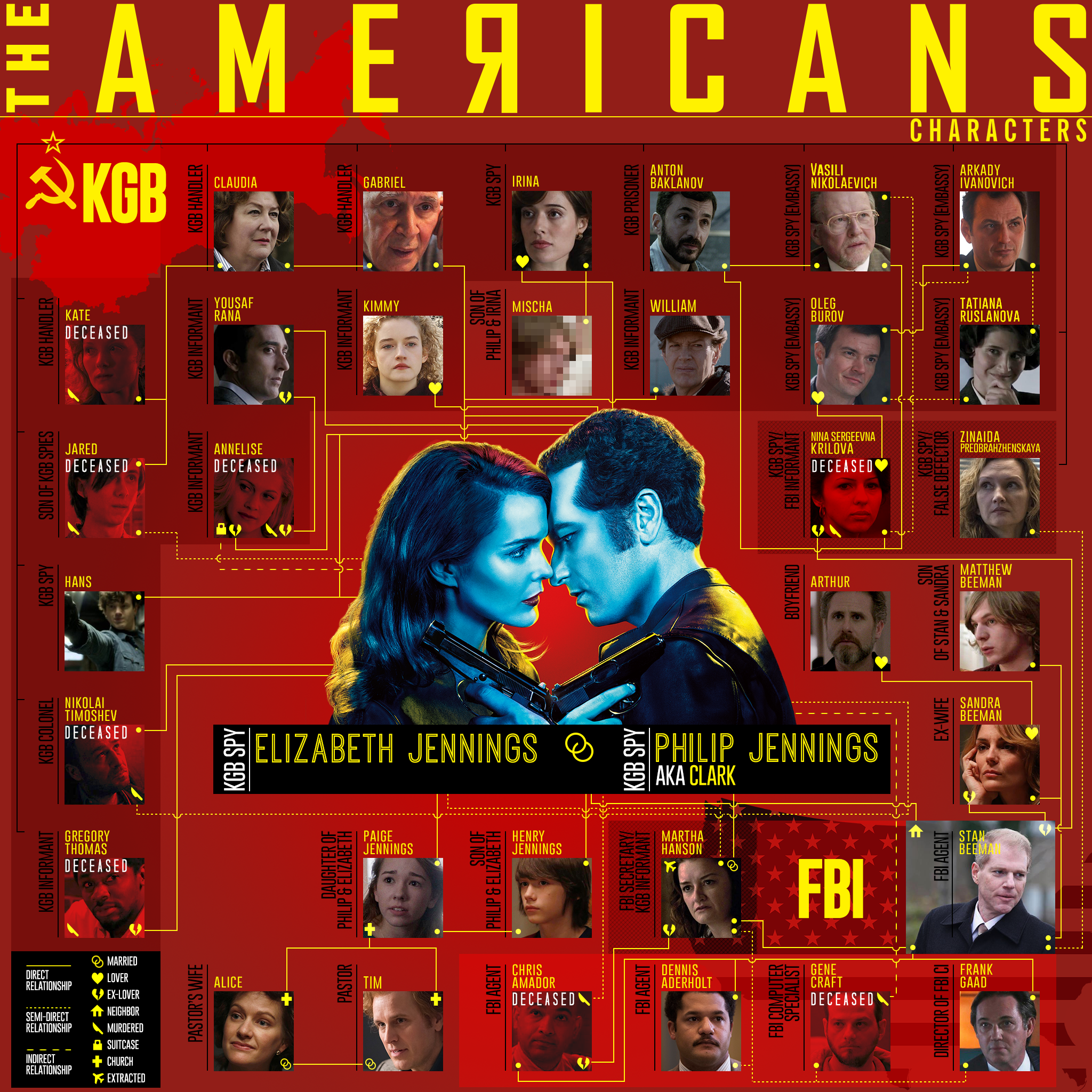 Check out this graphic to figure out the complicated web of relationships on FX's The Americans.

It should serve as a handy cheat sheet when you tune in to the next new episode, airing Wednesday, May 11, at 10 pm Eastern on FX.

The Americans season 4: Everything you need to know about the best show on TV

Past Lives is already one of the year’s best films

We pulled pandas back from the brink of extinction. Meanwhile, the rest of nature collapsed.

View all stories in Culture