Obama suspended the Bush-era program Trump could use. Now he has the chance to dismantle it.

Share All sharing options for: How Obama could make it much harder for Trump to build his “Muslim registry”

As it stands right now, President-elect Donald Trump could start requiring people in the US from Muslim-majority countries to register with the government on his first day in office.

He could do it by reinstituting a Bush-era program that President Barack Obama suspended in 2011 — after years of complaints by civil rights groups that the program targeted Muslims and wasn’t effective in preventing terrorism.

While Obama suspended the registry program, called the “National Security Entry-Exit Registration System” or NSEERS, he didn’t fully dismantle it — so it’s still sitting around for a Trump administration to dust off.

But Obama still has time, before leaving office, to force the Trump administration to start from square one with any registry plan. And congressional Democrats are pressuring him to do just that: On Wednesday, 51 House Democrats signed a letter to Obama and Homeland Security Secretary Jeh Johnson asking them to revoke the regulations that allowed the government to single out particular countries for immigrant registration.

“While we commend your Administration for effectively ending the program in 2011,” the letter says, “we believe that eliminating the apparatus of NSEERS is consistent with our country’s fundamental values of fairness and equality.” But it would also have a more immediate impact: It would make it harder for the Trump administration to start the registry back up. 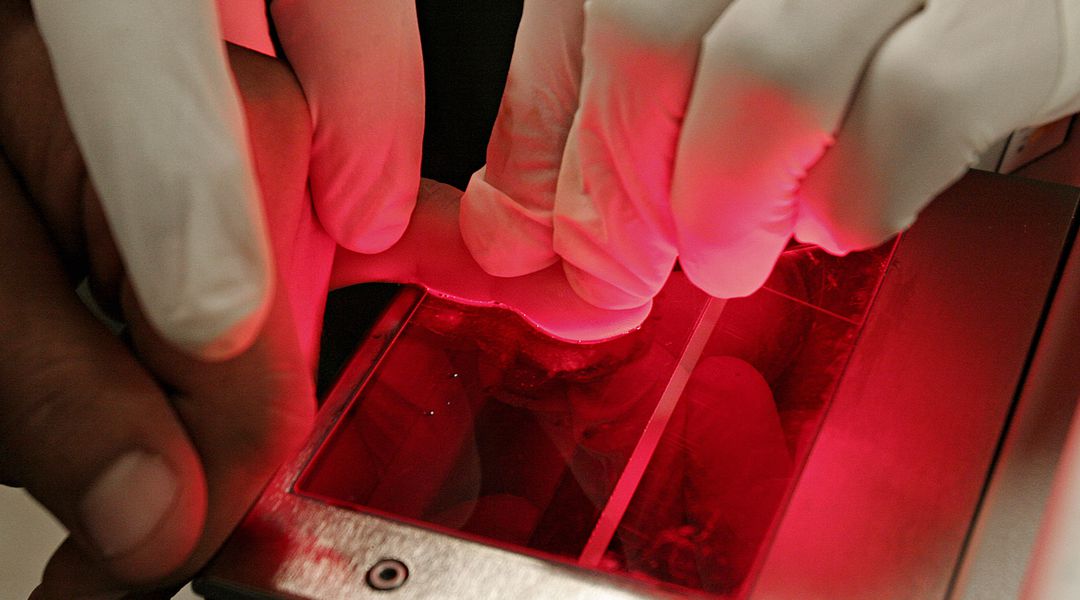 His administration might revive a Bush-era program that registered thousands of immigrants — most of them Muslim.

The registry didn’t get destroyed, it just stopped tracking anybody

At least one contender to lead the Department of Homeland Security under Trump, Kansas Secretary of State Kris Kobach, is recommending the Trump administration “update and reintroduce the NSEERS screening and tracking system” for men in the US on “nonimmigrant” visas (such as work or student visas) from particular countries.

The NSEERS program forced people from 25 countries to register with the federal government and check in for follow-ups. It resulted in the deportation of about 13,000 people. It did not result in any convictions for terrorism or related crimes.

Twenty-four of the 25 countries included were Muslim-majority countries — and the 25th was North Korea. The NSEERS program registered visa-holders of all faiths from affected countries. But most of those affected were Muslim — and in context (it was passed after 9/11), that certainly didn’t seem like a coincidence.

“When instituted in 2002, the program caused widespread and palpable fear in affected communities, separated families and caused much harm to people affected by it. Boys and men were required to register with local immigration offices, were interrogated, and subjected to serious due process violation. Communities saw family members and neighbors disappear in the middle of the night, held in overcrowded jails and deported without due process. More than 13,000 people were placed in removal proceedings, businesses closed down, and students were forced to leave school with degrees uncompleted.”

Kobach’s plan didn’t specify exactly which countries a new NSEERS program would cover. But it seems reasonable that Trump’s reanimation of NSEERS would target the same countries as the last one — creating a (more restrained) version of the “Muslim registry” Trump once endorsed on the campaign trail.

Obama’s White House has spoken strongly against any sort of discrimination against Muslim immigrants. Indeed, that’s one of the reasons that it stopped tracking anyone under the program in 2011.

But while the Obama administration’s rhetoric made it clear they thought NSEERS was a bad idea, they didn’t fully get rid of it. What they did, instead, was just clear out the list of countries from which people would be registered. The regulatory framework to screen and track visa-holders still exists, it’s just screening and tracking immigrants from zero countries. It’s dormant, but it’s not defunct.

All it would take to start NSEERS back up again would be for DHS to announce that they were re-adding countries to the list — something they could do with a simple notice in the Federal Register, without requiring any time for public comment or other regulatory delays. From there, it would just be a matter of logistics to get the registry up and running again.

The reason that it only takes an announcement to add or remove countries from the NSEERS list is because the underlying regulations that allowed NSEERS to exist to begin with were already approved when the Bush administration created the program in 2002. At that point, they did have to go through the traditional regulatory process — including allowing the public to submit comments and concerns, and responding to them.

Unsurprisingly, one of the most common concerns voiced in response to the original proposal was that it would inhibit the civil rights of Muslims; even before any specific countries were listed as NSEERS targets, civil rights groups could see how a tracking system would probably be used.

The Bush administration responded by defending its record on civil rights protection. In the wake of 9/11, it acknowledged, “some American Muslims have been targets of discrimination.[…] These attacks against Muslim Americans and the Muslim communities are not only reprehensible; like terrorism, they are also attacks against the United States and humanity.”

The government pointed out that the FBI had investigated civil rights violations against Muslim, Arab, and Sikh Americans, and would continue to do so. And it “unequivocally rejects the notion that the requirements of (NSEERS) or the criteria for application […] are, or are intended to be, invidiously discriminatory.”

It was relatively easy for the Bush administration to make that case — consistently throughout his presidency, President Bush made it clear that he did not see Muslims or Islam as a threat, and urged Americans not to succumb to Islamophobia. President-elect Trump, and the people who will make up his White House, do not have that sort of track record.

Trump originally called for a ban on Muslims from entering the US (something he’s since revised to a ban on immigrants who don’t share American “values”). His national security adviser, Mike Flynn, has tweeted that “fear of Muslims is RATIONAL”; his deputy national security adviser, KT McFarland, has stressed that not all Muslims are radical (“not by a long shot”) but that “even if just 10 percent of 1 percent are radicalized, that’s a staggering 1.6 million people bent on destroying Western civilization and the values we hold dear.”

As long as the Bush-era regulations that authorized NSEERS stand, though, the Bush administration’s justification of them will stand as well — even if the incoming administration doesn’t have as much credibility to claim that the point of NSEERS isn’t anti-Muslim discrimination.

If Obama rescinded the NSEERS regulations before leaving office, however, the Trump administration would have to go back to square one. It would have to propose a new set of regulations to register and track people from particular countries during their time in the US. And it would have to argue, as the Bush administration did, that it wasn’t using Muslim-majority countries as a proxy to “invidiously discriminate” against Muslims — something it might struggle to persuasively do.

That could be a valuable opportunity for Democrats and civil rights lawyers to block, or at least slow, the new registry. And it would be easy for the Obama White House to make that happen — which is why, now, not only advocates but his fellow Democrats in Congress are putting pressure on him to make it so.

Watch: What does it mean to be Muslim?