Share All sharing options for: A portrait of Donald Trump, made out of the most offensive things Donald Trump has said

Want to get to the essence of Donald Trump? You could spend hours in line for one of the candidate's monster truck rally-style speeches. Or you could spend a few minutes poring over this portrait, which is getting some buzz on Twitter, made by UK artist Conor Collins. He took the most inflammatory things the frequently inflammatory Trump has said so far, and turned them into a portrait of the man himself. (Mouse over the portrait to zoom.) 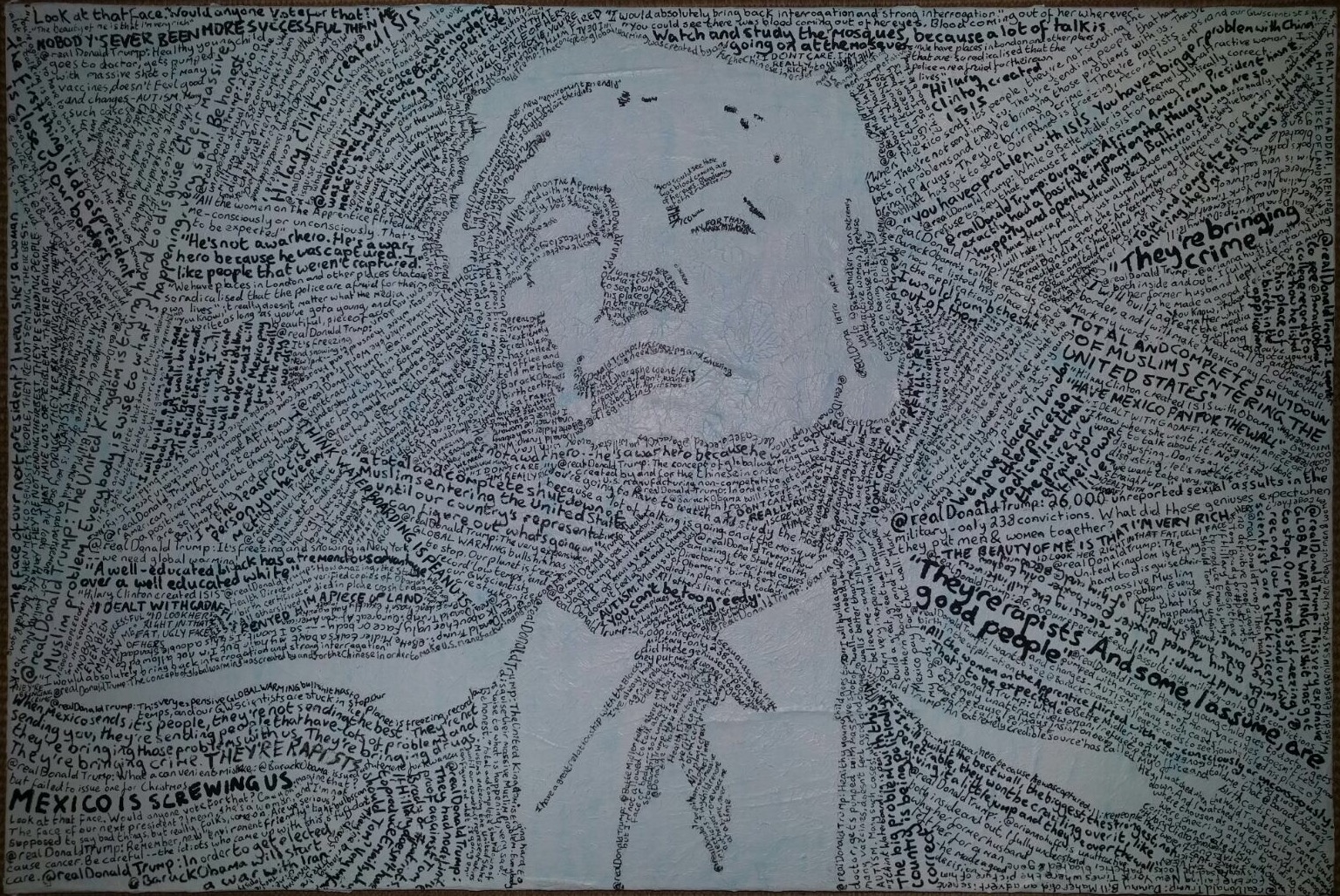 Collins is no fan of Trump — he calls the portrait a collection of the "racist, sexist, ignorant and bigoted things" the candidate has said. The point of the artwork is to overwhelm the viewer with the sheer number of things Trump has said that fall into those categories.

Heck, his very first television ad, which ran earlier this month, highlighted his two most controversial policy proposals: building a wall on the US-Mexico border (illustrated in the ad by a clip of immigrants in Morocco) and banning Muslims from entering the United States.

Donald Trump's campaign represents sentiments that many Americans, not to mention residents of other countries (Collins is British), find either ridiculous or frightening. But the sentiments existed before he arrived on the scene. Don't let the portrait fool you: Trumpism is bigger than Trump.