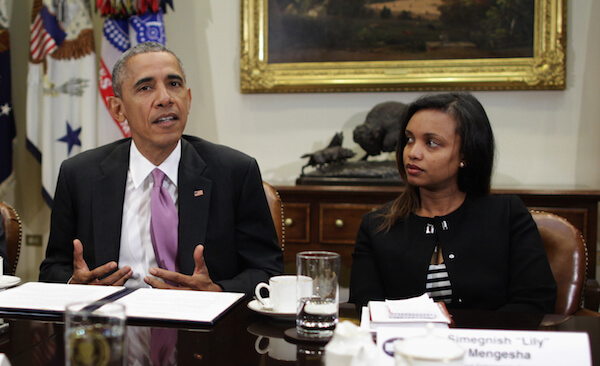 President Barack Obama and Ethiopian reporter Simegnish 'Lily' Mengesha at a roundtable with persecuted journalists at the Roosevelt Room of the White House on May 1, 2015. (Alex Wong/Getty Images) 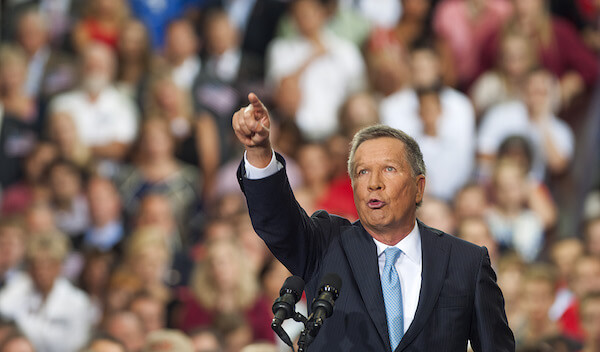