Ohio, from presidents to vacuums, in one annotated map

Share All sharing options for: Ohio, from presidents to vacuums, in one annotated map

Ohio was where American expansionism really took off — and this map proves it.

The map below shows life and industry in Ohio as it existed in the 1930s. Courtesy of the David Rumsey Map Collection, it was made by illustrators Berta and Elmer Hader, in a series where they mapped all the states.

Tap or hover over the icons to learn more. You can see a larger version of the map here: 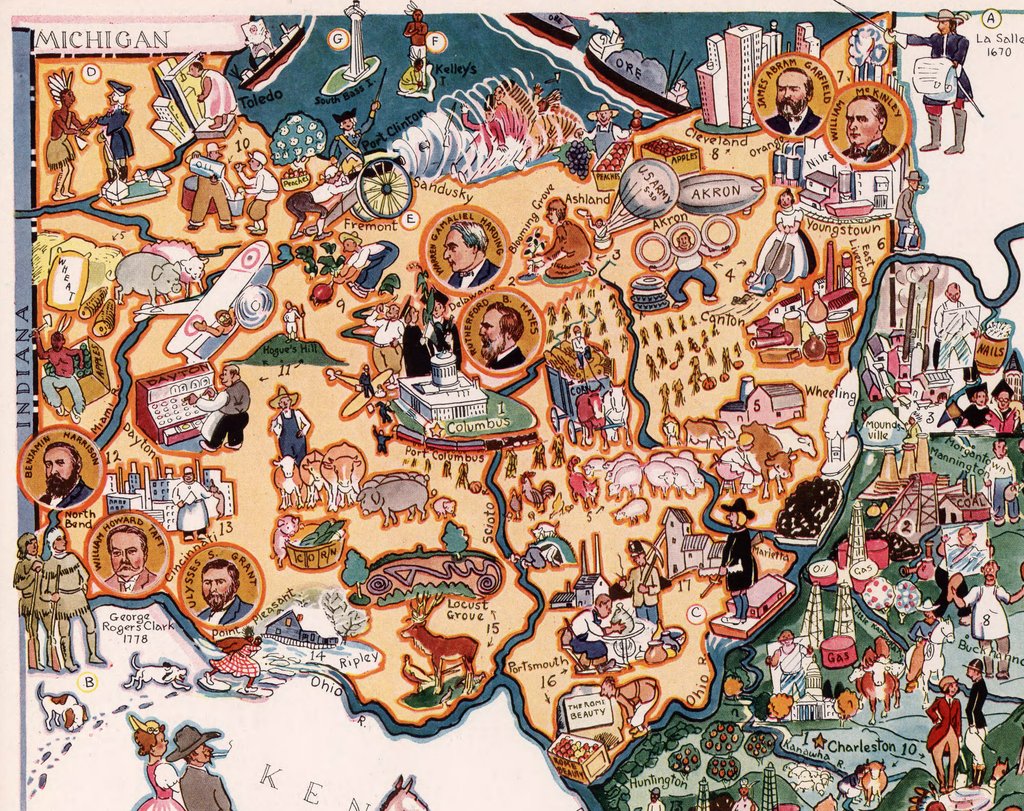 The biggest takeaway from this map might be the crucial role Ohio played in 1800s America. The state produced everything from multiple presidents to soap, and in doing so, built a bridge from the East to what was once considered the West.

Ohio is where America spread its wings

As many books have claimed, in the late 1700s and early 1800s, Ohio was the frontier — and it became the place where America found a national crossroads that bridged agriculture and industry. Its long list of presidential birthplaces — and continuing status as a swing state — made it fundamentally important in politics.

That's not to say this Ohio map captures everything about the state — it could use Cedar Point and some Skyline Chili. But it does show what made Ohio so influential and why it remains that way today.