Share All sharing options for: How Pope Francis is trying to shake up the global warming debate

On Thursday, Pope Francis released his big, long-awaited encyclical on climate change and the environment. In the sweeping 184-page letter, he calls on the world's nations — especially rich nations — to curtail fossil fuel use, revamp their economic systems, and alter their lifestyles in order to avoid "unprecedented destruction of ecosystems."

Encyclicals are high-level teachings meant to clarify Catholic doctrine and reach a broader audience. This is the first encyclical that any pope has ever devoted solely to environmental issues. The world's 1.2 billion Catholics certainly aren't required to obey its every word, but the ideas in the document are expected to percolate down to churches and schools, as it gets taught and discussed in the coming years.

So how big a deal is this? The Guardian has called the pope's letter an "explosive intervention" that will "transform [the] climate change debate." Others are skeptical that even His Holiness can significantly increase the momentum for action on global warming, a famously difficult and sticky issue. The boring answer is that we'll have to wait and see how this all plays out. But here are some key points to consider in the meantime: 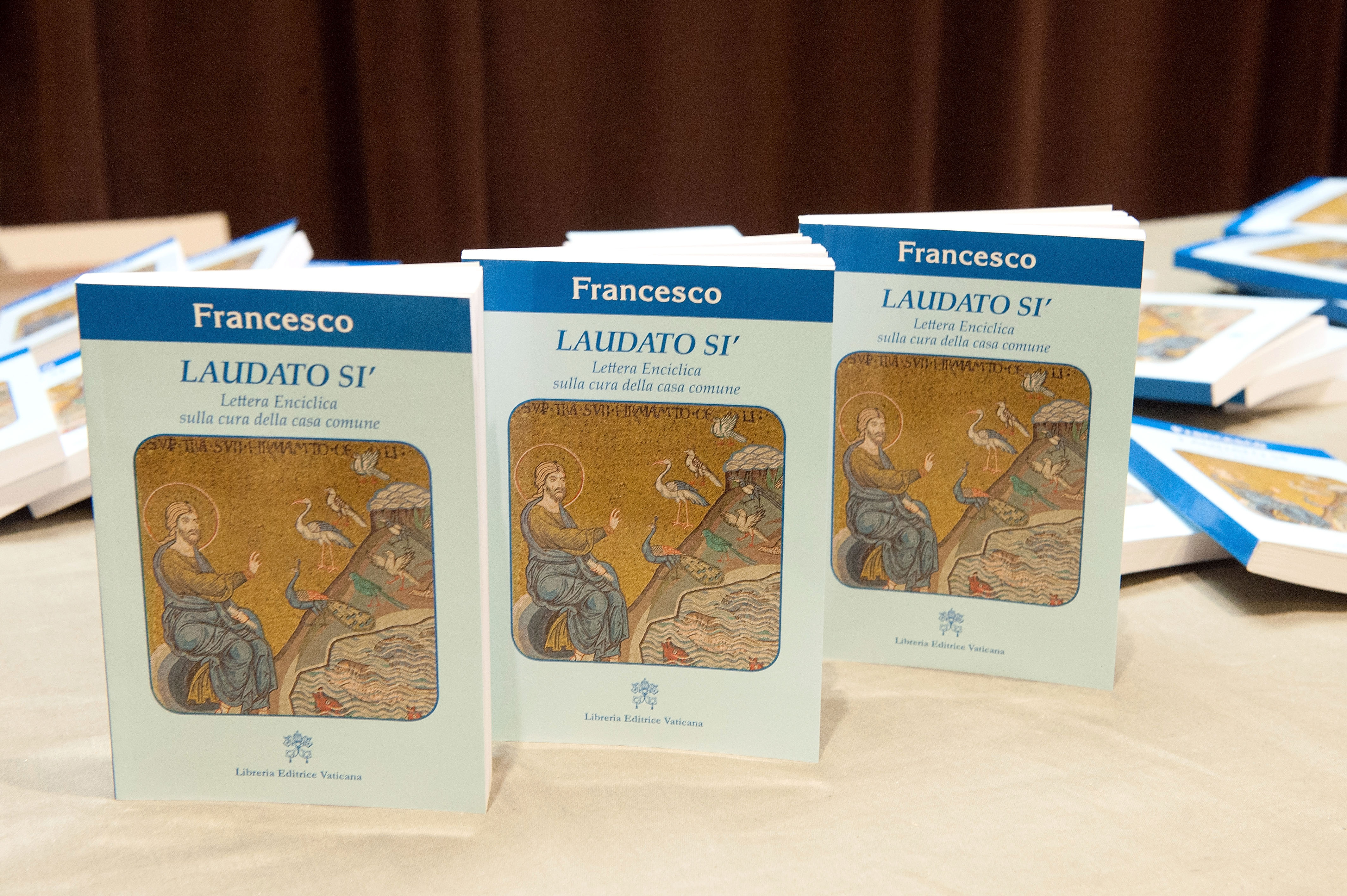 1) On the bare facts of climate change, Francis's letter isn't saying anything climate researchers haven't been saying for decades: "Scientific studies indicate that most global warming in recent decades is due to the great concentration of greenhouse gases … released mainly as a result of human activity." He notes that global warming will lead to ugly consequences like rising sea levels and we should avoid those consequences by phasing out fossil-fuel use. Nothing new there!

2) What's different is that Francis frames environmental protection as a profound moral and theological issue. He addresses the biblical idea, found in Genesis, that God gave humanity "dominion" over the Earth. That passage, Francis says, does not mean we have the right to deplete the environment endlessly: "Each community can take from the bounty of the earth whatever it needs for subsistence, but it also has the duty to protect the earth and to ensure its fruitfulness for coming generations," he argues.

3) As Jack Jenkins and Emily Atkin explain at Climate Progress, this section of Francis's encyclical speaks to a long-simmering debate among Christians around "dominion." Some conservatives have justified the unrestrained burning of fossil fuels on the grounds that God gave them to us — so we ought to exploit them fully. Francis is basically saying, nope, that's an incorrect reading of the Bible.

"The Earth, our home, is beginning to look more and more like an immense pile of filth"

4) Francis's economic and political vision is undeniably radical — lying outside the bounds of current US political discussion. He questions the notion that "infinite or unlimited" economic growth is compatible with environmental protection — a sharp break from most mainstream environmental groups. He says our "throwaway culture," in which we're constantly buying new gadgets and chucking older ones, is fouling the planet. "The earth, our home, is beginning to look more and more like an immense pile of filth."

5) Francis also repeats previous papal calls for a "world political authority" that would aim "to manage the global economy; to revive economies hit by the crisis, to prevent deterioration of the present and subsequent imbalances; to achieve integral and timely disarmament, food security and peace; to ensure environmental protection and pursuant to the regulations for migratory flows."

6) The pope's encyclical isn't a liberal document, by any stretch. Take this bit, which is getting overlooked by a lot of secular greens: "Since everything is interrelated, concern for the protection of nature is also incompatible with the justification of abortion." Francis also doesn't think environmental problems should be tackled by expanding access to birth control and slowing population growth.

How the pope is trying to shake up the climate debate

7) Here's one way to think about the significance of this document. Right now, many people tend to think of climate change as, narrowly, an environmental issue. An Al Gore issue. A Sierra Club issue. This chart via Eric Roston tells the tale:

8) But climate change is arguably much more than that — an economic issue or a fairness issue or even a moral issue that touches on every cranny of modern civilization. The pope's encyclical is aimed at getting people to think about those other dimensions, too. Arguably he's better positioned to do that than, say, your average paleoclimatologist. (Nothing against paleoclimatologists.)

9) This is not unlike what college students are doing with the divestment campaign — trying to transform global warming into the great moral issue of our time. As David Roberts has written, center-left technocrats are uncomfortable casting climate change in the squishy language of morality. Then again, technocrats haven't had much luck solving the problem so far.

10) The right, by contrast, better understands the allure of moral framing, which may be why some of them are criticizing the pope's big green turn. Here's famed climate denier Sen. James Inhofe (R-OK): "The pope ought to stay with his job, and we'll stay with ours."

11) Will the pope's encyclical sway public opinion? There's reason to be skeptical — at least here in the United States. The media almost always overstates the ability of big events to shake up the climate debate. Remember when Hurricane Sandy was set to upend climate politics? Or when the Pentagon deemed global warming a national security threat, and that was supposed to ease the gridlock? Or when a few evangelicals tried to persuade their fellow conservatives to take climate change seriously? (Spoiler: they didn't.)

12) Over at BuzzFeed, Dan Vergano talked to a couple of public opinion experts about this. Some pollsters think Francis's encyclical might get Catholics more engaged on the issue. But Eric Coleman, a sociologist at Florida State University, says that partisanship is likely more important than theology when it comes to how people think about politically charged topics like climate change.

13) Indeed, the pope's call doesn't seem to be swaying the minds of many Republican politicians in the United States — even the Catholic ones. "I don’t get economic policy from my bishops or my cardinals or my pope," said Jeb Bush. "I think religion ought to be about making us better as people and less about things that end up getting in the political realm."

The pope emphasized global warming's effects on the poor

14) One notable aspect of Francis's letter is that he devotes a lot of time to the social justice aspects of climate change, which frequently get underplayed here in US climate debates. One of the cruelest ironies of global warming is that the poorer countries that have historically emitted the least carbon dioxide will also get walloped the hardest by rising temperatures, since they lack the means to adapt:

15) Francis argues that wealthy countries should bear the bulk of the burden for reducing carbon dioxide emissions. "For poor countries, the priorities must be to eliminate extreme poverty," he says. They also need "less-polluting forms of energy production, but to do so they require the help of [wealthy] countries." And, he notes, when clean energy isn't available, it is "legitimate" for poor countries to use fossil fuels as the "lesser of two evils" in the interim.

16) This is, effectively, a papal intervention in the upcoming UN climate talks in Paris. Every time these talks are held, rich and poor countries deadlock over exactly this issue — over who should shoulder emission cuts and who should pay for adapting to climate change. (Cue the debate over the proposed Green Climate Fund to raise $100 billion a year from rich nations to help the developing world.) Francis is mostly siding with the poor on this, saying: "A true 'ecological debt' exists, particularly between the global north and south."

17) The pope has gotten criticized for being anti-technology, though the encyclical seems more nuanced than that. On the one hand, he dismisses those "who ... tell us that ecological problems will solve themselves simply with the application of new technology and without any need for ethical considerations or deep change." But he later adds: "This does not mean being opposed to any technological innovations which can bring about an improvement in the quality of life." And he emphasizes the need for key technological advances, like energy storage, to address climate change.

18) Francis also takes a cautiously favorable stance toward GMOs. He notes that "no conclusive proof exists that GM cereals may be harmful to human beings, and in some regions their use has brought about economic growth which has helped to resolve problems." But, he warns, in some cases their use has led to a decrease in crop diversity and the concentration of farming into the hands of just a few landowners. "Certainly, these issues require constant attention and a concern for their ethical implications."

19) On another note, the pope isn't a fan of using carbon trading to tackle emissions (this is the system the European Union uses, and that congressional Democrats tried to enact in 2010). He says that "carbon credits can lead to a new form of speculation which would not help to reduce the polluting of greenhouse gases worldwide." So ... any country mulling cap-and-trade shouldn't expect the papal blessing.

-- Jack Jenkins has a nice basic overview of what encyclicals are and how they work.

-- At the New York Times, Coral Davenport explores how the pope's encyclical could put pressure on conservative Catholic politicians in the United States, from Jeb Bush to Marco Rubio.