Washington wasn't America's final frontier — that honor probably belongs to Alaska. But an illustrated history makes it clear that Washington has always been an incredible adventure.

This map shows life and industry in Washington as it existed in the 1930s. Courtesy of the David Rumsey Map Collection, it was made by illustrators Berta and Elmer Hader, in a series where they mapped all the states.

Tap or hover over the icons to learn more. You can see a larger version of the map here: 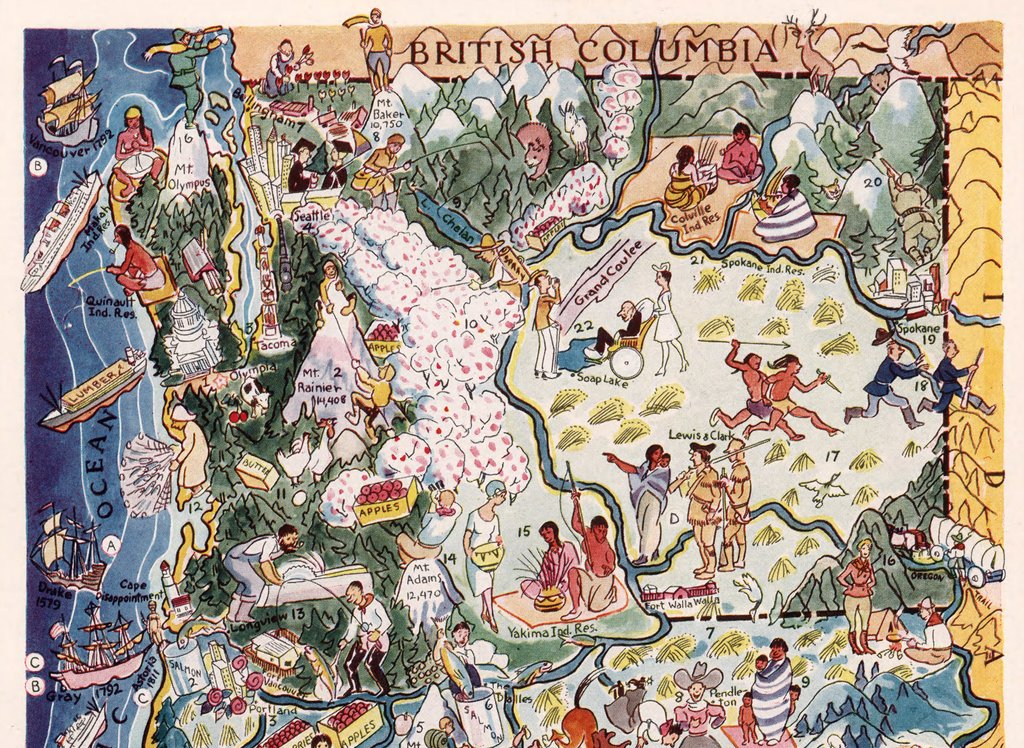 The biggest takeaway from this map might be the natural riches of the state. As high-tech companies like Amazon and Microsoft have stolen the focus away from Washington's agriculture and landscape, it's easy for outsiders to forget what a fertile — and wild — place Washington has always been.

The map might also misrepresent the divide between the coastal, urban western side of the state and the more rural and agricultural east — here, both sides are equally packed with fun historical pictures (instead of their political differences). But even if the map underplays the modern state's economy and culture, it vividly shows how both halves were settled (and how contentiously that sometimes played out with the state's original Native American settlers).

This Washington map won't show you everything great about the state — where's the monument to quirky recycling pioneer Armen Stepanian or Sam Hill's Stonehenge?  — but it does give a picture of the spirit of exploration and adventure that makes the state great today.