Share All sharing options for: The NSA spying debate, explained

Since the 2013 revelations of Ed Snowden, the National Security Agency has faced greater scrutiny for its programs that spy on Americans.

How did Ed Snowden change the debate over the government spying?

In the Spring of 2013, Edward Snowden was living in Hawaii, doing work for the NSA as an employee of consulting firm Booz Allen Hamilton. He became disillusioned with what he regarded as the illegal activities of US intelligence agencies. So he leaked thousands of classified documents about NSA spying programs to sympathetic journalists. The United States government charged Snowden with espionage in June 2013, and he has been stranded in Russia ever since. 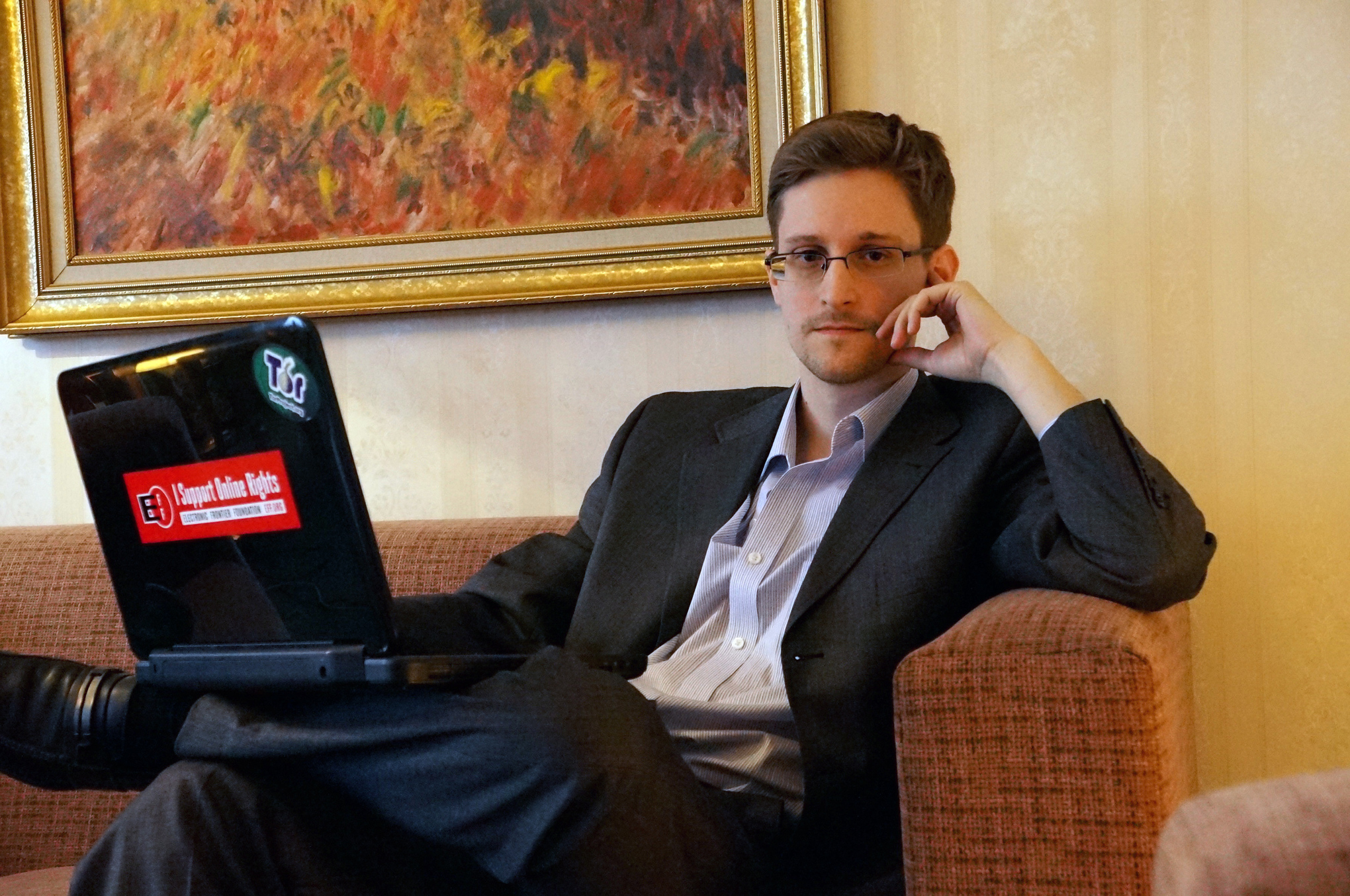 Traditionally, the NSA has focused its surveillance activities overseas, where US law places few limits on its activities. But the Snowden documents show that the NSA and other intelligence agencies have increasingly spied on Americans on American soil.

One NSA program revealed by Snowden collected information about phone calls made by tens of millions of Americans. Another program, called PRISM, gives the NSA the ability to obtain private information from the customers of leading Internet companies, including Google, Facebook, Apple, and Microsoft.

What was the NSA phone records program?

In 2013, we learned that the National Security Agency has been collecting phone records from every customer of Verizon and other phone companies.

This interpretation angered some members of Congress, including Patriot Act author James Sensenbrenner (R-WI). A few weeks after the Snowden revelations, Sensenbrenner argued that the government's position "make a mockery of the legal standard" in Section 215.

Between 2013 and 2015, much of the debate over NSA spying focused on this program. In 2014, President Obama proposed ending the phone records program, but he argued that Congress must first provide the NSA with expanded authority to efficiently obtain calling records from phone companies when they are needed.

The government's authority under Section 215 expired on May 31, 2015, and the Obama administration said it would shut down the program if the authority was not renewed.

What is the USA Freedom Act?

The USA Freedom Act (technically the "Uniting and Strengthening America by Fulfilling Rights and Ending Eavesdropping, Dragnet-Collection and Online Monitoring Act," but that's silly) is legislation designed to place stricter limits on NSA surveillance. It was signed into law by Barack Obama on June 2, 2015.

The original version of the USA Freedom Act, introduced in 2013, had a number of provisions on the wish lists of civil liberties groups. But the version of the legislation passed by the House in May 2015 was significantly watered down.

Debate over the USA Freedom Act has focused on the best way to rein in bulk collection of Americans' phone records. The legislation would create a new, streamlined process for getting access to Americans' phone records, but it would require these requests to be focused on a specific "selector," such as a customer name or phone number. It explicitly prohibits the bulk collection of customer data by the government

The USA Freedom Act also takes some other steps to make the NSA's activities more transparent and accountable. Previously, when the government asked the secretive Foreign Intelligence Surveillance Court to approve surveillance activities, there was no one around to present opposing arguments. The USA Freedom Act changes that by creating several new positions for public advocates who could participate in FISC proceedings.

The law also requires the government to disclose significant FISC opinions (though the government could decline to publish them if it decides doing so would damage national security) and to publish detailed statistics about the extent of domestic spying activities.

The law makes some changes to National Security Letters, a controversial tool that allows the government to obtain certain kinds of information without judicial oversight.

What have the courts said about NSA surveillance programs?

Critics of the National Security Agency have filed a number of lawsuits challenging various agency spying programs. So far, the courts have not reached a definite conclusion about the programs' legality.

A major target of these lawsuits has been the NSA's phone records program. The Foreign Intelligence Surveillance Court, the secretive panel that oversees domestic spying operations, has given its blessing to the government’s argument that the program is permitted by the Patriot Act. But the Second Circuit Court of Appeals disagreed. It ruled in May 2015 that the program was illegal. The issue may have been rendered moot by the USA Freedom Act, which amends the Patriot Act to specifically prohibit bulk collection of Americans' phone records.

No lawsuits challenging NSA spying have reached the Supreme Court since the Snowden revelations that began in June 2013. A few months before those disclosures, the Supreme Court dismissed a constitutional challenge to the 2008 FISA Amendments Act, which provides the legal basis for the NSA's PRISM program (though the public didn't know that program existed at that point).

The high court dismissed the lawsuit because the plaintiffs could not prove that they had personally been targeted by the spy agency. But the high court may decide differently now that Snowden has provided the public with clear evidence of domestic spying by the NSA.

Does the NSA have other controversial powers besides those in the Patriot Act?

In the last two years, most of the public debate over NSA legislation has focused on the Patriot Act, and specifically Section 215. That's the legal provision the government cites to justify its controversial collection of Americans' phone calling records. But the Patriot Act isn't the only legal power that has raised concerns among civil libertarians.

Another controversial power comes from the 2008 FISA Amendments Act. Section 702 of that legislation allows certain forms of warrantless surveillance inside the United States. While that law doesn't allow the government to "target" Americans, the agency is allowed to collect communications to which an American is a party.

In 2013, we learned that the government has used this authority to create PRISM, a program that allows the NSA to gain warrantless access to private user data on popular online services. According to a document that Ed Snowden provided to the Washington Post and the Guardian, the NSA can use the system to obtain private data from users of Microsoft, Yahoo, Google, Facebook, PalTalk, AOL, Skype, YouTube, and Apple services.

Some critics argue that Section 702 violates the Fourth Amendment to the Constitution, which requires a warrant based on individualized suspicion before the government can spy on Americans. But the Supreme Court has not ruled on the question so far.

A third controversial spying power comes from a presidential decree known as Executive Order 12,333. Little is known about what programs this executive order authorizes or how many Americans have their personal information collected under these programs. But at least one government whistleblower has argued that "Americans should be even more concerned about the collection and storage of their communications under Executive Order 12333 than under Section 215."

The American Civil Liberties Union has filed a freedom-of-information lawsuit seeking more details about how Executive Order 12,333 has been used.

Does the NSA engage in offensive hacking operations?

Yes. Many of the National Security Agency's spying activities rely on passive surveillance — intercepting information as it flows through public networks. But the agency also has a division called Tailored Access Operations (TAO) that is responsible for offensive hacking operations. According to Spiegel, TAO is based in San Antonio, Texas, and "exploits the technical weaknesses of the IT industry, from Microsoft to Cisco and Huawei, to carry out its discreet and efficient attacks."

Spiegel reports that "during the middle part of the last decade, the special unit succeeded in gaining access to 258 targets in 89 countries." It didn't specify whether the NSA has targeted computers inside the United States.

To enable this kind of targeted surveillance, the agency spends millions of dollars per year buying information about vulnerabilities from security researchers.