Share All sharing options for: See how Mad Men’s characters have transformed since the first season

Every week, Todd VanDerWerff will be joined by two of Vox's other writers to discuss the previous episode of Mad Men over the course of that week. Check out the recap for this episode here, and follow the whole discussion here. This week, Todd is joined by education reporter Libby Nelson and foreign policy writer Amanda Taub. Keep checking in all week long for new entries.

Libby Nelson: Now that Mad Men is drawing to a close, I assume Matthew Weiner is going to answer the true question at the heart of the series. Not "Who is Don Draper?" or "Did the falling man in the credits really fall, or was he pushed?" but "Can people change?"

Really, Mad Men has been answering that question for eight years. And so have we, as we've watched it.

I've been describing the experience of eight years of Mad Men as "a sort of reverse Boyhood." The magic of Boyhood, tragically robbed of 2014's Best Picture Oscar, was that by filming for a decade with the same actors, and then stitching the footage together into a continuous story, it sped up the process of growing up into something you could experience all over again in just under three hours. It was surprisingly moving and revelatory. 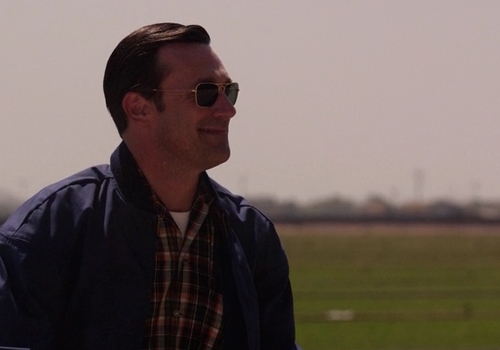 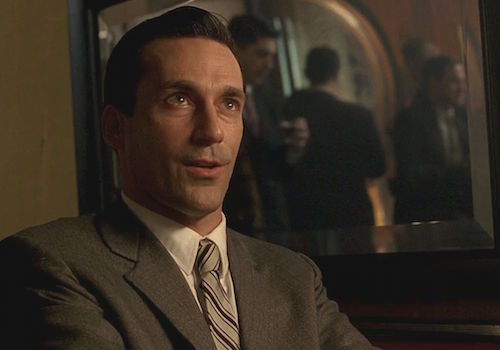 Mad Men has done the opposite: because its characters have aged and their lives have shifted more or less in real time, they've made the kind of changes that you don't notice unless you look for them.

James Poniewozik said this much more elegantly at Time:

Mad Men’s most distinctive function is that it’s a time-lapse machine. Its most simple but radical premise has been to say: Here is what it looks like, how it feels, for ten years of life to pass. …Most TV series distend time, deny it, cheat it. M*A*S*H took 11 years to fight a three-year war. Bart Simpson remains in grade school even though, as a character born in 1987, he is old enough to be his own father.

Mad Men, on the other hand, has covered about a decade of its time in about a decade of our own.… It’s a potent effect: Just like in life, you don’t notice the gradual changes until you look back and — holy cow — how far have they come? How far have we? Where has the time gone, besides into the creases of our foreheads? 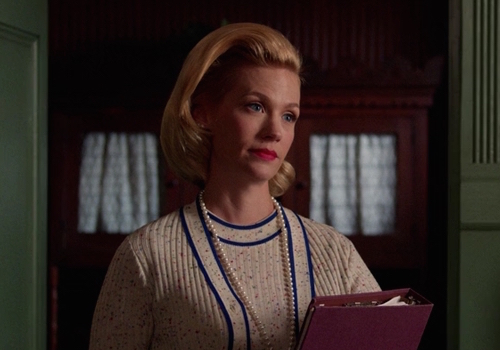 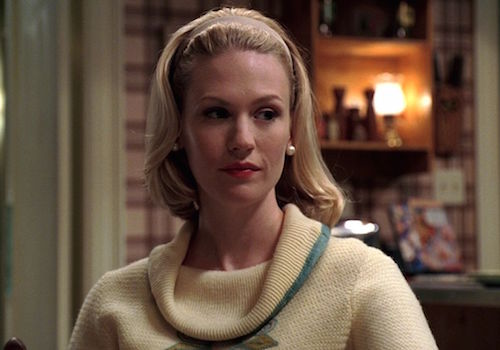 Looking back at the first season is like riffling through a forgotten stack of college photos. When they're first taken, you put them on Facebook or print them out and stick them to a bulletin board. You look at them so much that they're just a mirror: this is me, these are my friends. Then you put them away, and five or 10 years later, you find yourself wondering, Who are these gangly teenagers? Were we ever really that young?

Of course Mad Men's characters have changed. They're 10 years older. Their first-graders have become teenagers. Their engagements have become marriages have become divorces have become remarriages. They have started a company and sold it, bought property and let go of it, moved from the East Coast to the West Coast and back again. 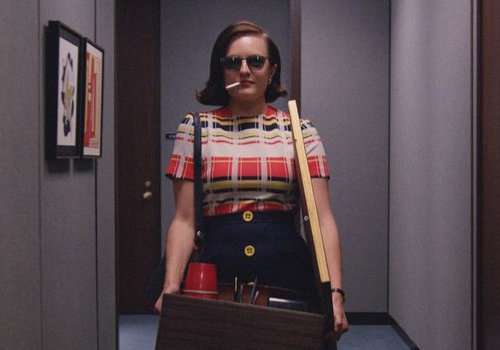 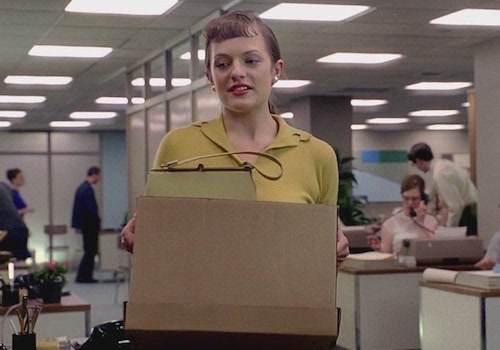 Betty's inability to cope with her mother's death has turned into a graceful acceptance of her own mortality. Don has gone from a man who skips Sally's birthday party to a father who calls her even when he's on the lam in Oklahoma. Even Pete seems to have gained some last-minute clarity and won a second chance with Trudy.

And, of course, they haven't changed. They're still the same people they've always been. Betty might have found a surprising amount of grace in her cancer diagnosis, but her parting message to her daughter still deals largely with her appearance — she's never lost her self-centered brittleness, or her belief that her looks are the most important thing about her. Don is still the man who stares out the window at a meeting and in the next scene is gone, past Wisconsin, past Minnesota.

There are a collection of personality traits known as the "big five" that are believed to be more or less immutable. You can change your reaction to things, you can change your behavior to the people around you, you can become different enough that you seem different, but underneath it all, you are still you. 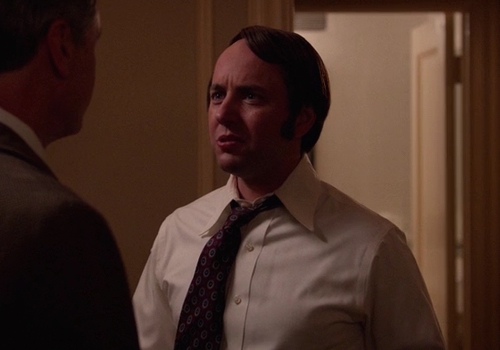 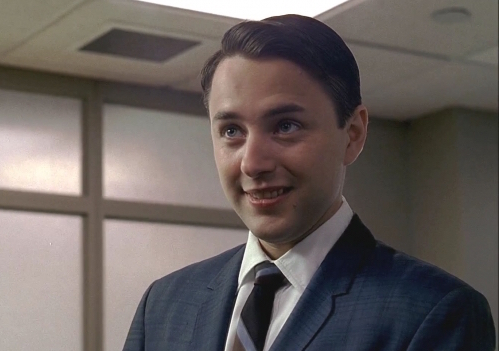 It's easier than ever today to revel in the past, and to do so not just with nostalgia but with accuracy. We document things we didn't used to document. We take more photos every two minutes than were taken in all of the 19th century. The result isn't buried in basements or sandwiched away in photo albums, but at our fingertips. With two clicks on my laptop, I can relive important moments from a decade ago: a photo of my mother putting on my high school graduation cap, my college packing list, the 2005 Facebook friend requests from some of the most important people in my life. There is an entire app, Timehop, that exists solely to surprise us with something from our rapidly accumulating internet past. 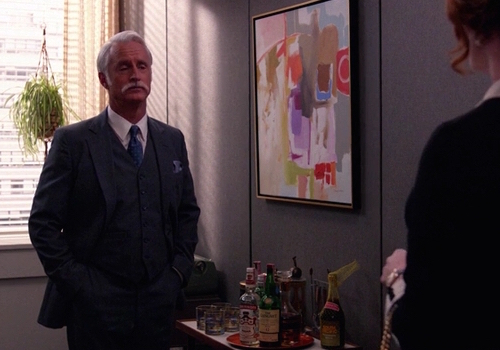 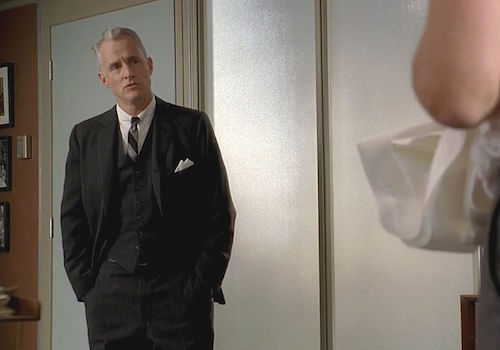 Why do we do this? Not just for the fun of seeing who we used to be, but for the shock of recognition when we realize that's still who we are. The moments that resonate are when you look back at the old photo and see your same smile beaming out from under that terrible haircut, or when you read a sentence from the eighth grade that you could have written yesterday. That's when you realize the inscrutable person from the past with the weird, outdated concerns was you — and still is. Seeing how much we haven't changed is the way we recognize how much we have. 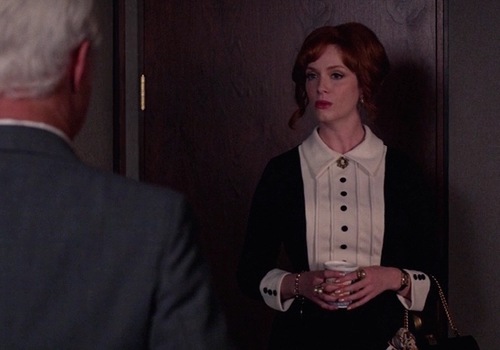 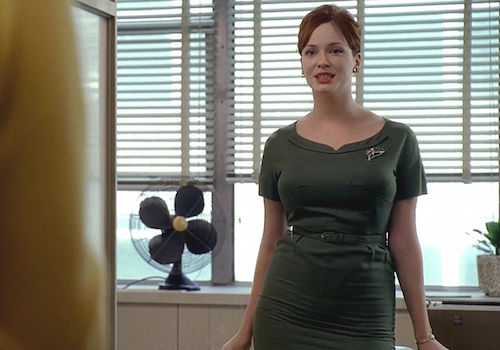 Mad Men is such a slow-moving show that it's a rewarding binge-watch. The viewers of the future who discover it that way will get a much more straightforward Boyhood effect. Wherever they think the series comes down on whether people can fundamentally change, they'll get the answer in mere days or months, not almost a decade.

But they'll miss a subtle effect of having tuned into this show week after week, year after year. We've all been on our own decade-long journey along with the characters. And that means that when we reflect back on the passage of time and what's happened to them since the show began, we also recall what's happened to us. 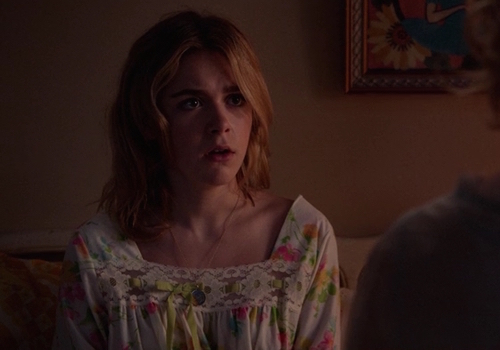 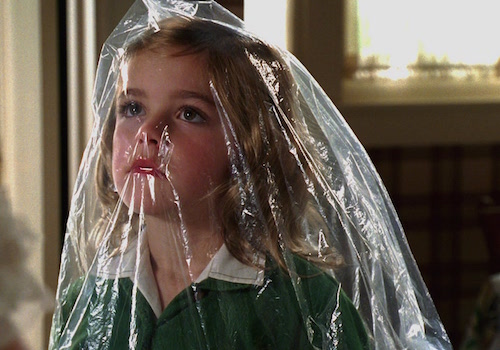 I watched Mad Men through my final year of college, through three internships and four jobs in four cities. I watched "Shut the Door, Have a Seat" while making chicken tortilla soup for my then-boyfriend in a crowded group house in Washington, DC; I watched "The Suitcase" alone in a one-bedroom apartment in Scranton, Pennsylvania. Like Peggy, I've gone from a hesitant, fresh-faced new employee to a more confident and seasoned veteran; like Joan, I've learned much more about what I want from the world, even if demanding something doesn't mean you'll get it.

Have I changed since Mad Men began? Of course I have. But am I still the same person? Of course I am. "Can people change?" might be the question at the heart of the series. But it's not a question you can answer with a simple yes or no.

Read the recap, and come back Sunday for thoughts from Amanda.

Next: Amanda asks if Don is already lost