What would happen if we lost one-sixth of Earth's species? We may just find out.

Share All sharing options for: What would happen if we lost one-sixth of Earth's species? We may just find out.

Ever since we first picked up stone tools, humans have shown a knack for wiping out other plant and animal species.

Historically, we've done this largely through hunting — as with the passenger pigeon or Steller's sea cow — or by hauling down forests and turning them into farmland. That's all taken a toll: the world's plant and animal species are currently going extinct at a rate 1,000 to 10,000 times faster than they did before humans ever showed up.

But now global warming is expected to accelerate the pace of extinction further. And those impacts could be huge. A new paper published in Science today estimates that drastic global warming — say, a temperature rise of 4°C or more — could drive as many as one-sixth of Earth's species to extinction:

Scientists have long known that global warming could kill off some plant and animal species by mucking with their habitats. The big unknown is how many species are at risk. This new paper, by University of Connecticut biologist Mark Urban, is a meta-analysis of 131 previous studies on that question. His goal was to consolidate past research into a clearer bottom line.

"Despite the doom and gloom of these numbers, we still have time to do something"

That's not a straightforward task, and there are lots of caveats to his findings. But the study presents a stark picture of what we might expect if we keep pumping more carbon dioxide into the atmosphere and heating the planet.

If the world manages to keep global warming below the widely agreed-on target of 2°C, then roughly 5.2 percent of the world's species are expected to go extinct due to climate change, the study concludes. But if we can't slow the pace of global warming, then as many as 15.7 percent of species could vanish. Reptiles and amphibians are most at risk, but so are many plants, fish, and even mammals like the pika above.

What's more, this number only includes the effects of climate change. It doesn't include additional plants or animals we might kill off through hunting or overfishing or deforestation or pollution or by transporting invasive species around the world. Taking all these other factors into account, some studies have forecast even higher extinction rates overall.

The raw numbers are alarming. But Urban's research could also prove useful for efforts to help some threatened species. "Despite the doom and gloom of these numbers, we still have time to do something," he told me. "If we can create good models of extinction risk, then we can figure out which species are in danger and put conservation measures in place to save them."

Why global warming is likely to cause extinctions

Scientists have long known that global warming will put severe pressure on a variety of mammals, birds, plants, fish, and other organisms.

The reason is simple: many species are well-adapted for a particular climate. So, if the Earth gets hotter, they'll either have to move toward the poles or climb higher up mountains to maintain their "climate envelope." And they'll have to do it at a pace that's unprecedented in at least 65 million years, given how rapidly we're heating up the planet.

That move will create problems. Some plants and animals may end up with shrunken habitats. There's only so far up a mountain that pikas can climb to stay cool, for instance. And it's a well-established ecological fact that when species' habitats shrink dramatically, they face a higher risk of extinction. Less room, more competition for food, etc.

What's more, not all animals and plants will be able to move to a suitable climate quickly enough. Wolves, for instance, are pretty mobile — if the world warms, they can probably adjust their range accordingly. But what about, say, salamanders that don't travel large distances? What about plants whose seeds are dispersed by ants? Different species have different "dispersal rates," which matters a lot for their chances of survival.

So researchers can safely say that a rapidly warming planet will cause some species to blink out of existence. But it's much harder to predict exactly which species will go extinct — or how many are truly in danger.

Past studies have made wildly different predictions about extinction

A lemur leaf frog is seen at the Reptile Discovery Center at the Smithsonian National Zoological Park. This type of frog is from Panama and is critically endangered. (Matt McClain/The Washington Post/Getty Images)

Researchers use a couple of different methods to predict how many species will die out due to climate change. The trouble is they're all imperfect — and tend to give wildly different answers.

First, researchers can look at past correlations between changes in climate and a species' distribution and try to extrapolate that into the future, using what we know about global warming. A lot of studies rely on some version of this method.

Some methods may overstate extinction rates, while others may be too low

Second, researchers can try to project how habitats will change in size as the Earth warms. They can then apply their knowledge of the relationship between the size of a habitat and the likelihood of a species' survival to try to predict the odds of extinction. (This method has some advantages, though it's also believed to overestimate extinction rates.)

Third, there are more sophisticated "mechanistic" models that try to incorporate biological factors like body size or diet or facts about food webs to predict survival and extinction rates. Fourth, a few studies just survey experts on given species and ask for their predictions.

The problem is that different studies can give wildly different answers — and it's hard to know which is right. For instance, expert surveys often predict high extinction rates from global warming (around 18 percent of species, on average). Maybe that's because experts are unduly pessimistic. Or maybe they actually have a deeper understanding of biological factors at play that other models don't have. It's hard to say.

Likewise, the assumptions behind these studies matter a lot. Some studies assume a species is likely to go extinct if it loses 100 percent of its habitat. Others put the threshold at 80 percent. Different studies make different assumptions about dispersal rates. The result is a wide range of predictions about how many species will actually vanish.

This new paper tries to synthesize all these past predictions

So, in his Science paper, Urban collected much of the disparate research on climate change and extinction and tried synthesize it.

He took 131 studies that made forecasts about extinctions and weighted them according to the number of species they examined. Doing this, he concluded that the body of research, on average, predicted that between 6.2 percent and 9.8 percent of species would go extinct due to climate change:

He then grouped the studies according to projections of Earth's future temperature. Not surprisingly, there was a clear pattern — studies that expected more global warming predicted a higher number of species would go extinct. That allowed him to estimate extinction rates for different levels of global warming:

In an interview, Urban explained that doing a meta-analysis of all these studies could help give a fuller synthesis of global extinction risks and try to deal in a more transparent way with the uncertainties in each study.

Still, he said, even this type of meta-analysis had its limitations. For instance, there are lots of things we simply don't know about how species will respond to global warming. Evolution may help some plants and animals adapt to a hotter planet. That's not necessarily accounted for in these models.

Finally, humans are a real wild card here. As animals try to shift their habitat in response to warmer temperatures, we might end up blocking them from moving — say, because we've built roads or cities in their path. That could increase extinction risks. Or, alternatively, we could try to take conservation measures that help species adapt — say, by stitching forest fragments together, as Duke University biologist Stuart Pimm outlined more fully in this interview.

Extinction isn't the only problem — but it's a big one 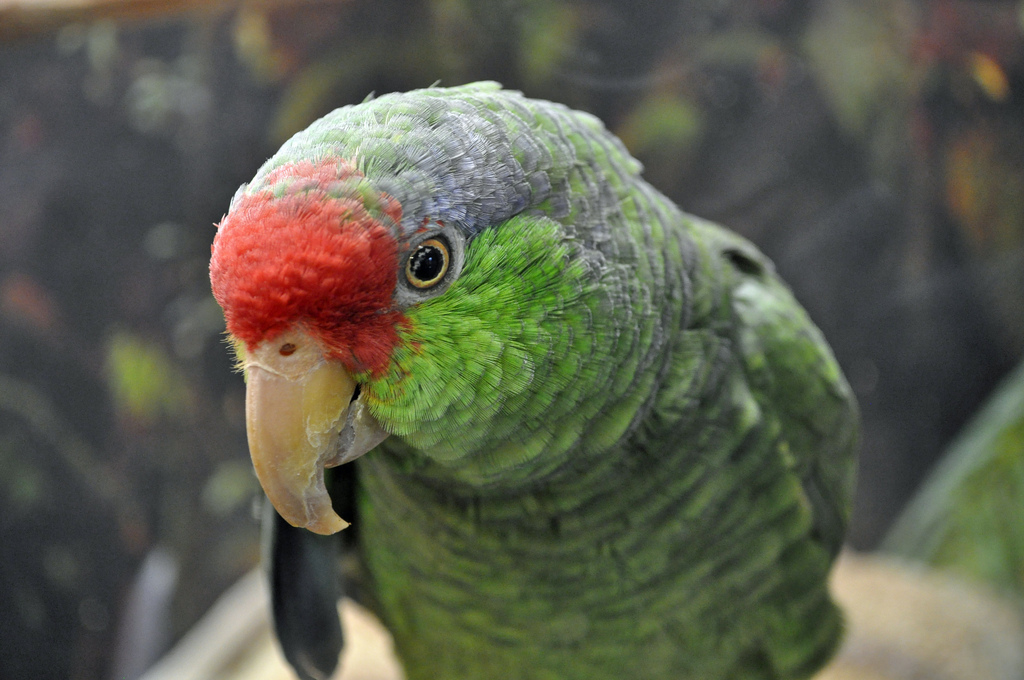 "This paper is only about extinction risk, which is the most extreme of the biotic risks of climate change," he says. "But that's also just the tip of the iceberg. We're also seeing substantial changes in abundances and ranges. So even if we didn’t have a single extinction, we'd be looking at a substantial reorganization of biodiversity around the world. And that will have many effects, some detrimental to other species and human interests."

Even so, extinction tends to grab the most attention — and often for good reason. "The world is more colorful place with this diversity of species," he says. "And it's hard to imagine a world where we've lost a significant portion of these species. You think about losing one in six species. It's like telling an artist they can no longer paint in one color."

Not to mention the practical everyday impacts. "Global biodiversity is really the foundation of our natural economy, our food security, and our health," he adds. "These are species that are integrally interwoven into our economic and personal life. When you get to these high extinction risks, you're talking about a dramatic effect on world."

Further reading: The world is on the brink of a mass extinction. Here's how to avoid that.