The tree below, drawn by Miguel Covarrubias in 1940, is an amazing way to visualize the history of modern art in the West. It traces the different schools that sprang up, from post-Renaissance France to surrealists like Salvador Dalí.

You can click on each of the red icons in the image to learn more about the different branches: 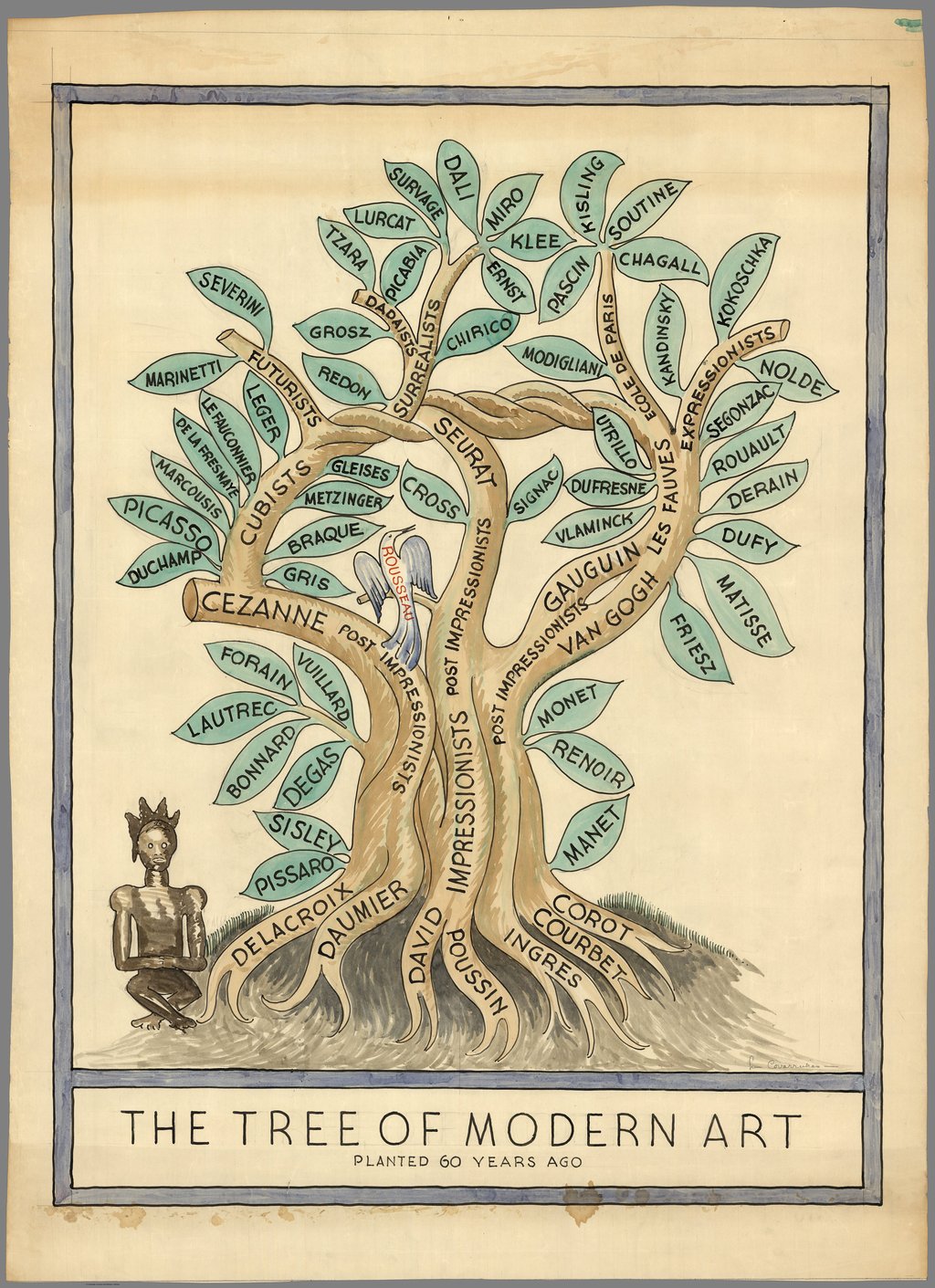 The history of art is a connected history. (Miguel Covarrubias, Creative Commons via the David Rumsey Map Collection)

Because it stops in 1940, the tree fails to account for abstract expressionism and other post–World War II movements. But the organizational structure alone reveals a surprisingly large amount about the way art has evolved, including:

Why Covid is always one step ahead of the US response

The world has moved on from Colleyville. American Jews can’t.