Share All sharing options for: 9 powerful photos that show the more peaceful side of Baltimore’s protests

The riots in Baltimore that started after Freddie Gray's funeral Monday, April 27, have produced dramatic, violent images: burning cars and buildings, smashed windows, and young protestors throwing bricks and rocks at the police.

But the aftermath of the riots has also provided powerful photos of a community pulling together: dozens of people showing up to a burned CVS as Tuesday morning dawned, children home from school helping sweep the streets, volunteers helping feed and entertain kids while school is canceled, and men trying to keep order and ensure the demonstrations are peaceful.
As the unrest continues, these photos show its other side — a side that isn't as likely to loop nonstop on cable news.

Baltimore's 300 Men March demonstrates every year against violence in the city. As protests turned to riots on Monday, the members tried to prevent the clashes from becoming more violent. Members of the Nation of Islam also reportedly tried to block the looters, and members of the Crips and the Bloods called for a halt to the violence and looting. 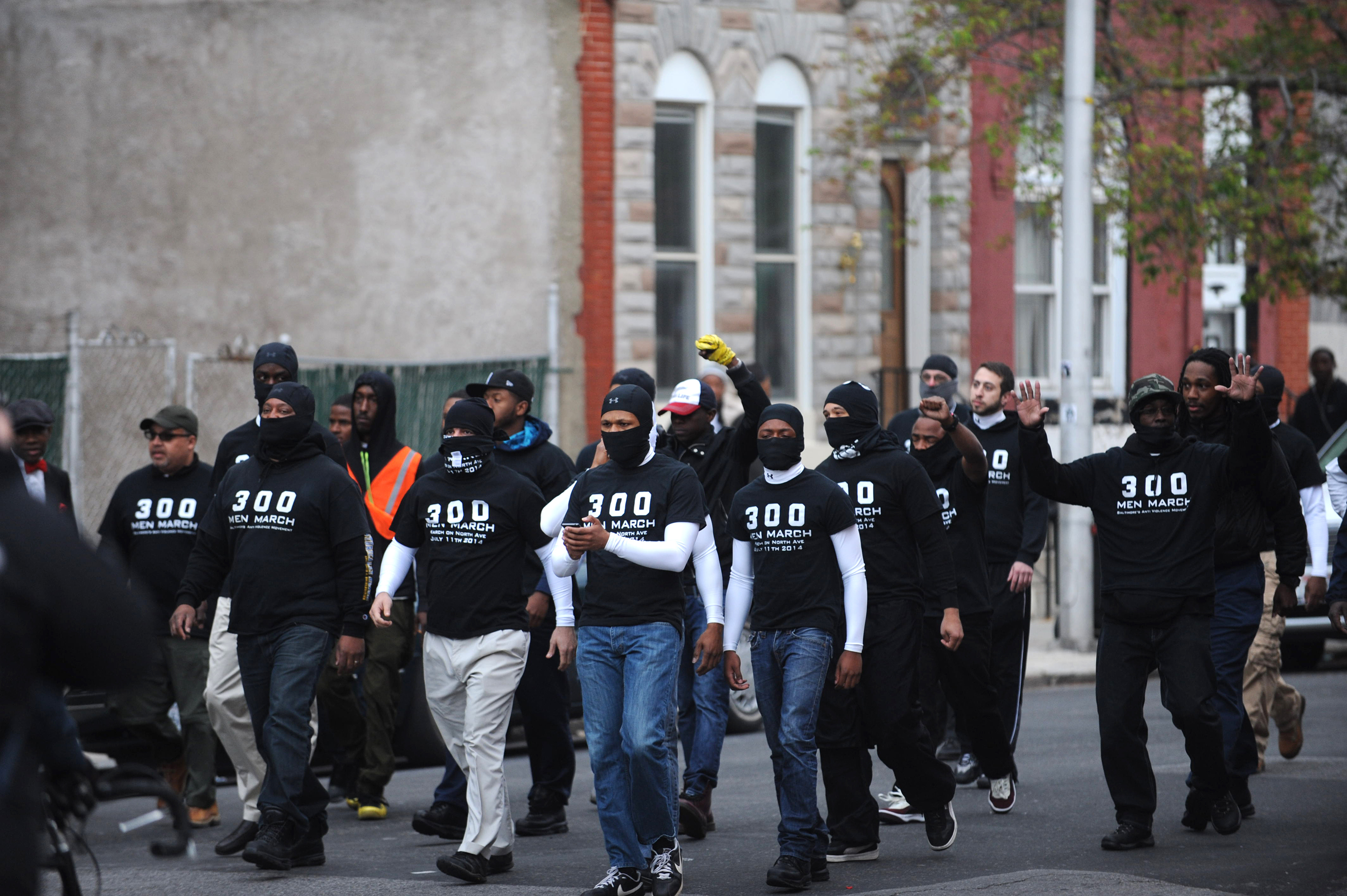 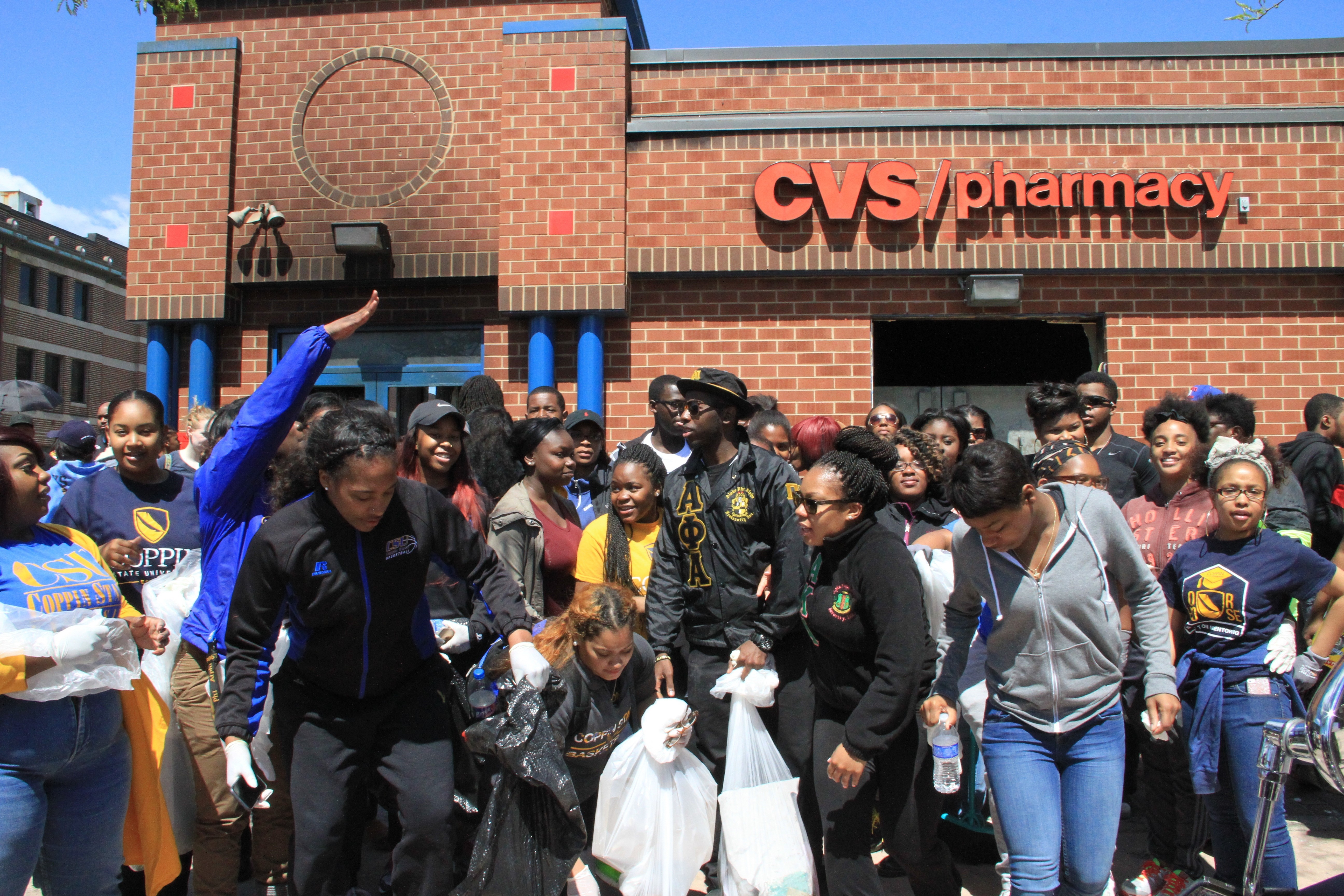 The morning after Monday night's riots, Baltimore residents brought brooms and bags to clean up the shattered glass and debris across the city — including at the burned-out CVS, one of the businesses damaged the worst by the riots. 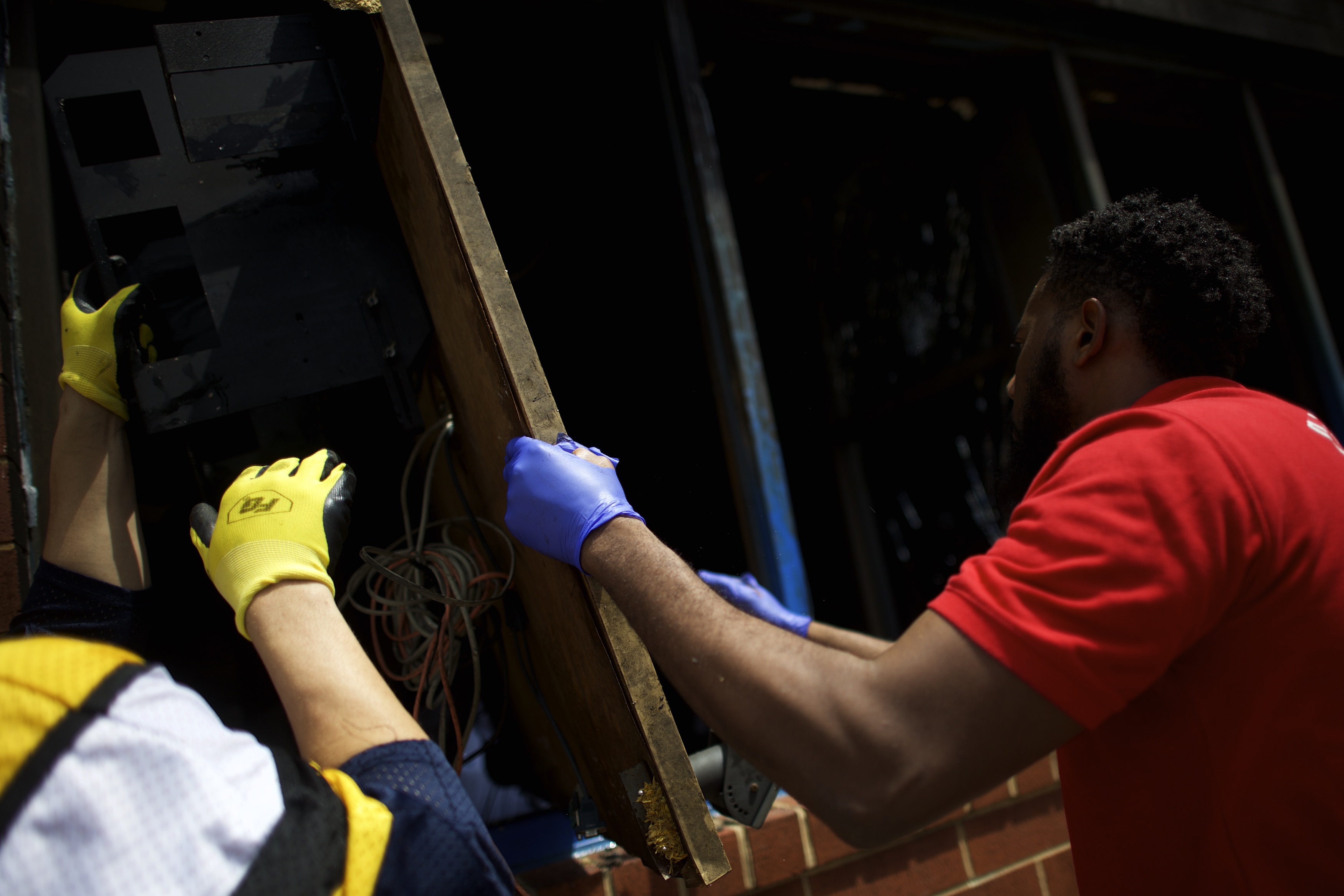 Baltimore residents also put on their work gloves to clean up inside the CVS. "Don't just pay attention to these communities when a CVS burns," President Barack Obama said in a statement on the riots Monday afternoon. 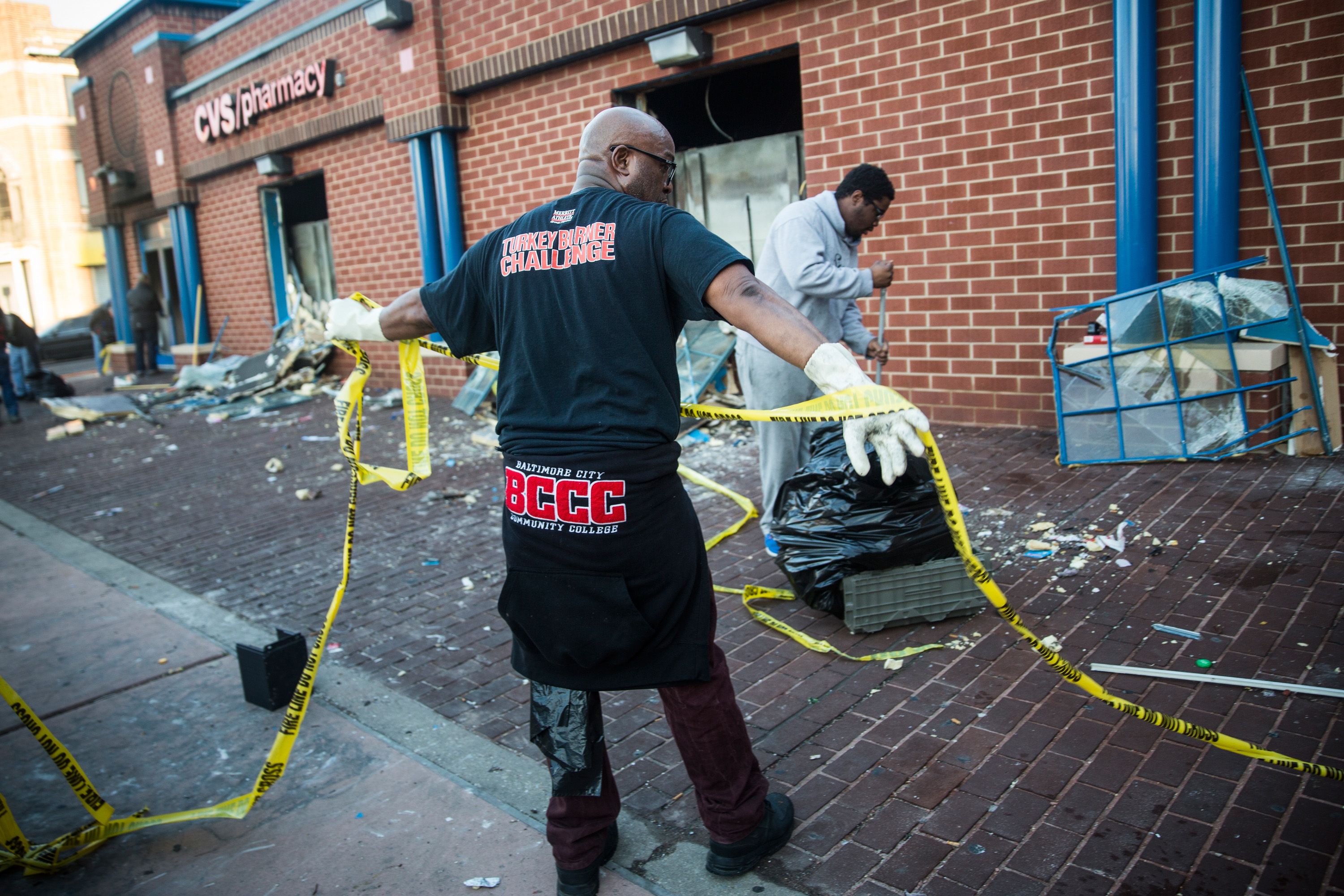 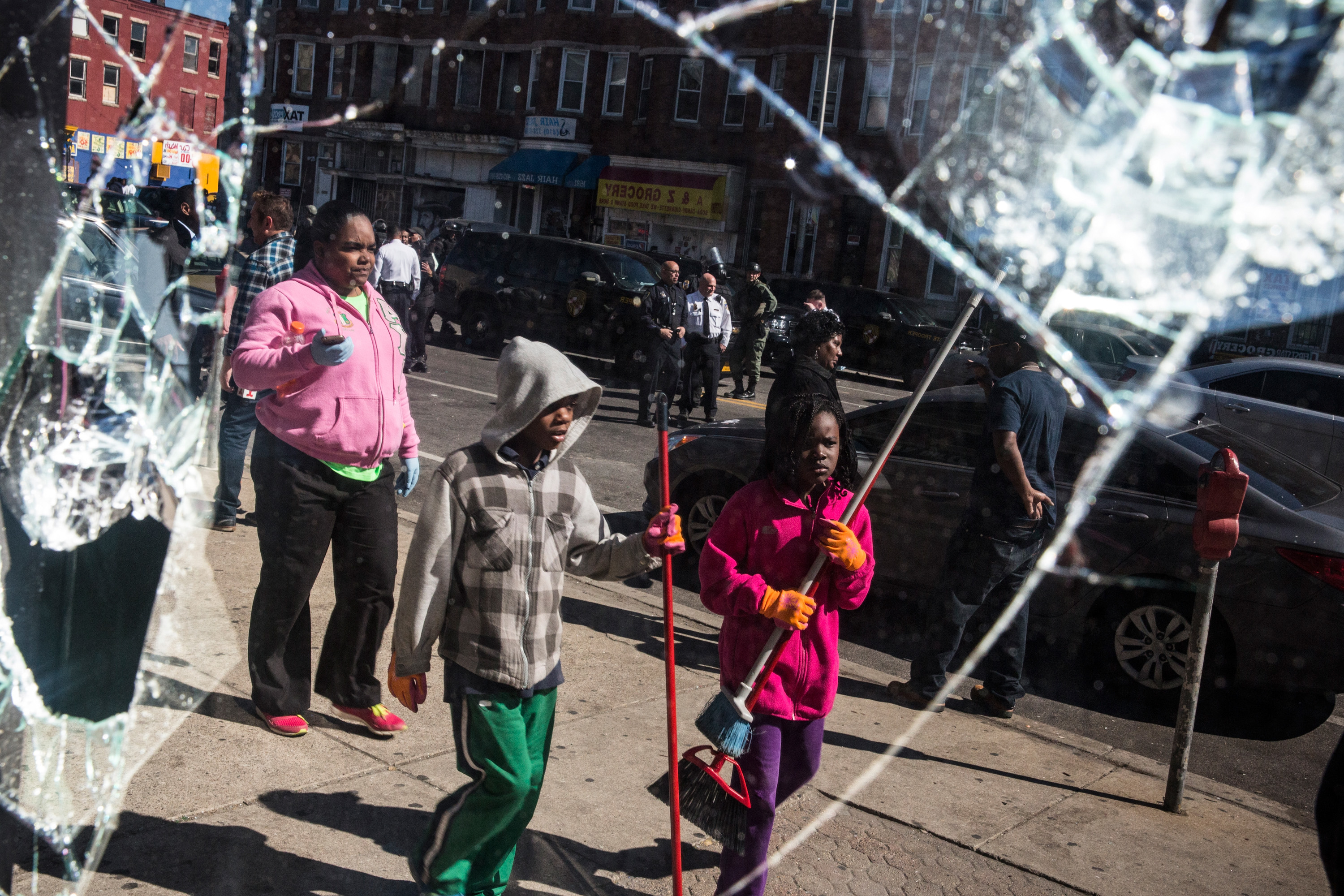 "This is my town, my city," one man who came to clean up the damage in Baltimore told the Baltimore Sun's Carrie Wells and Luke Broadwater. "I couldn't sleep last night looking at this." 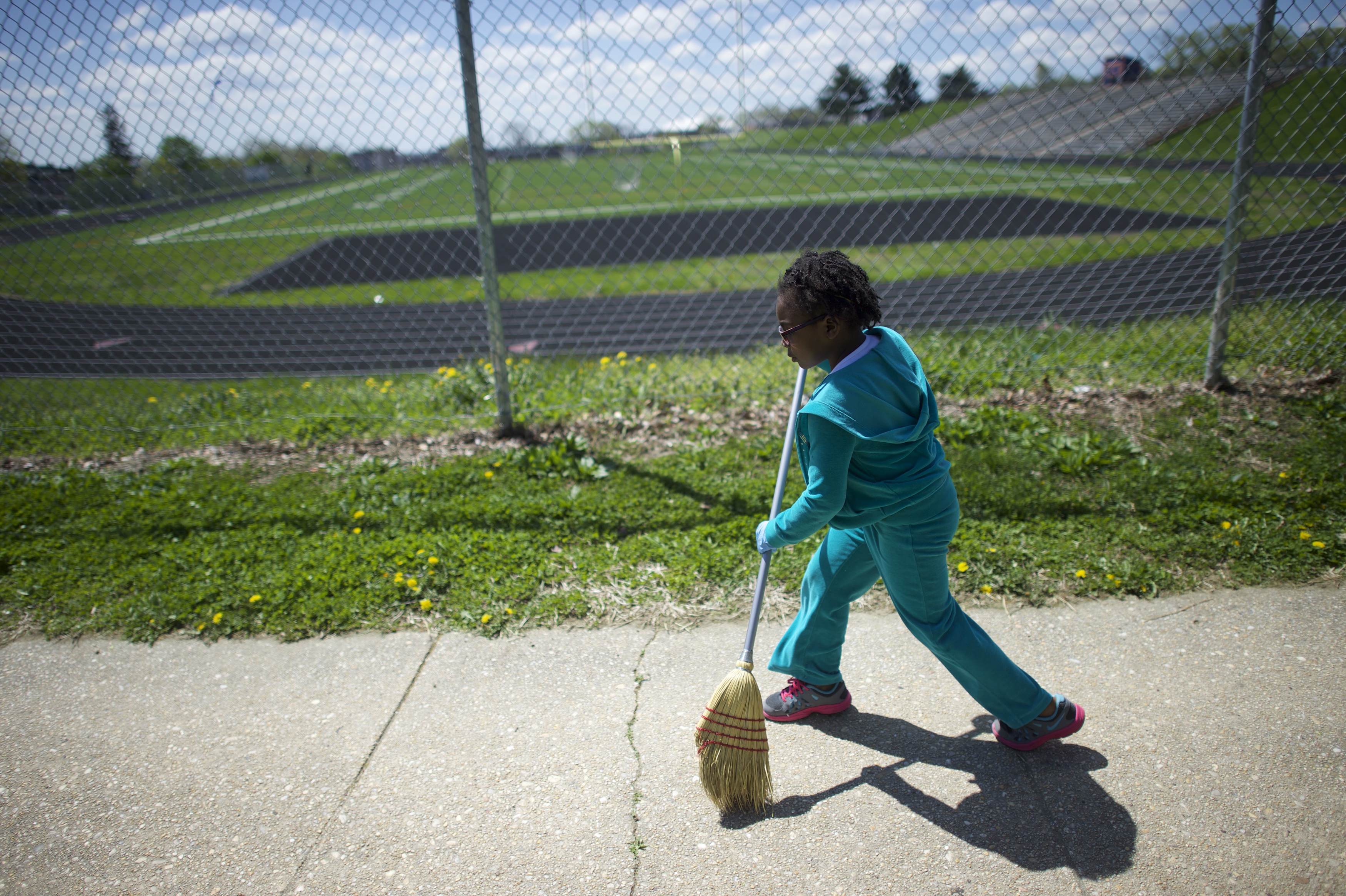 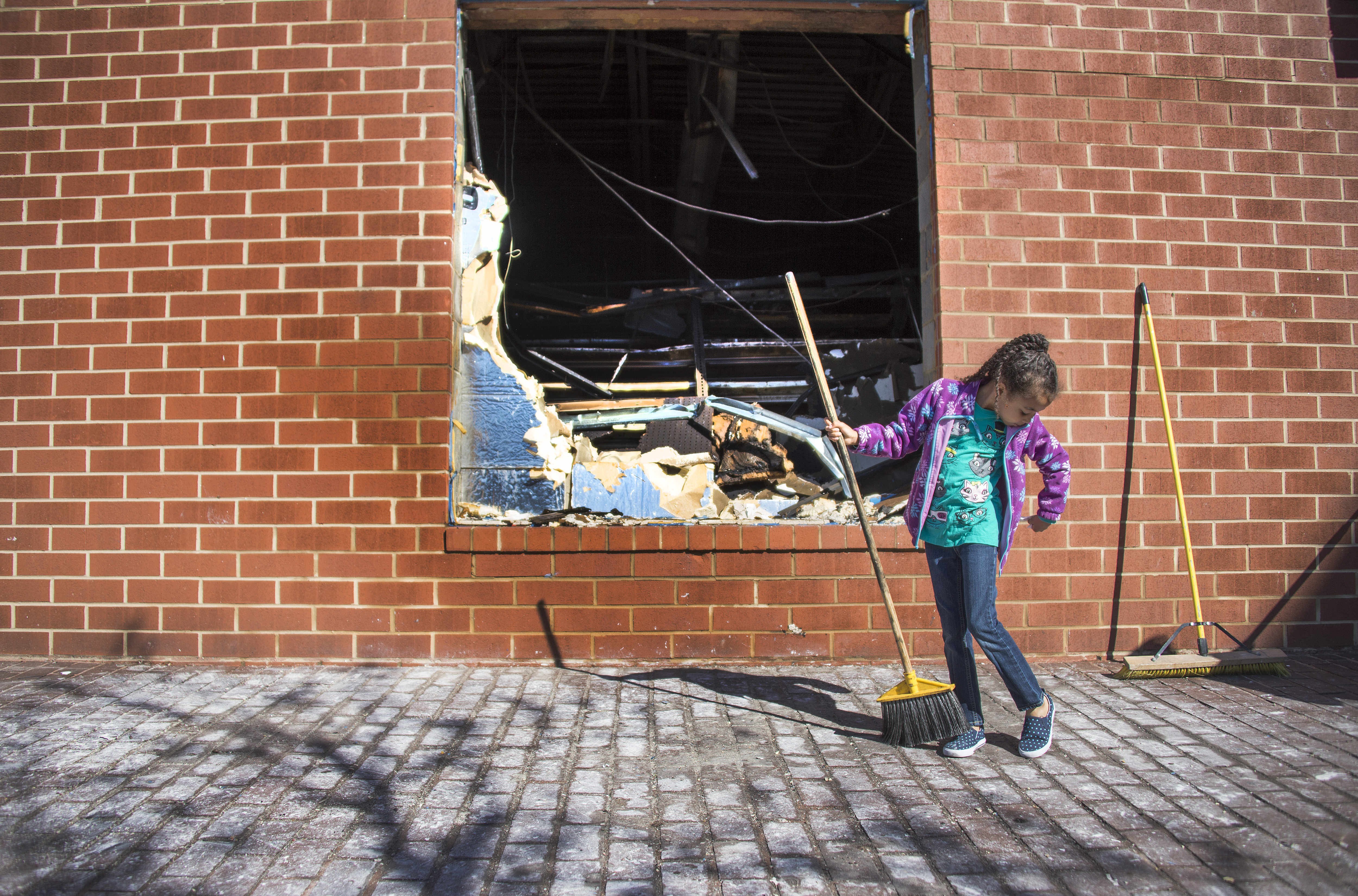 Baltimore closed its public schools Tuesday, so children were among the cleanup crew. "We are deeply concerned about our students and community, and we hope to treat this situation not only as a teachable moment but also a time for thoughtful reflection on how we can reduce conflict and violence in our society," the school district said in a statement. 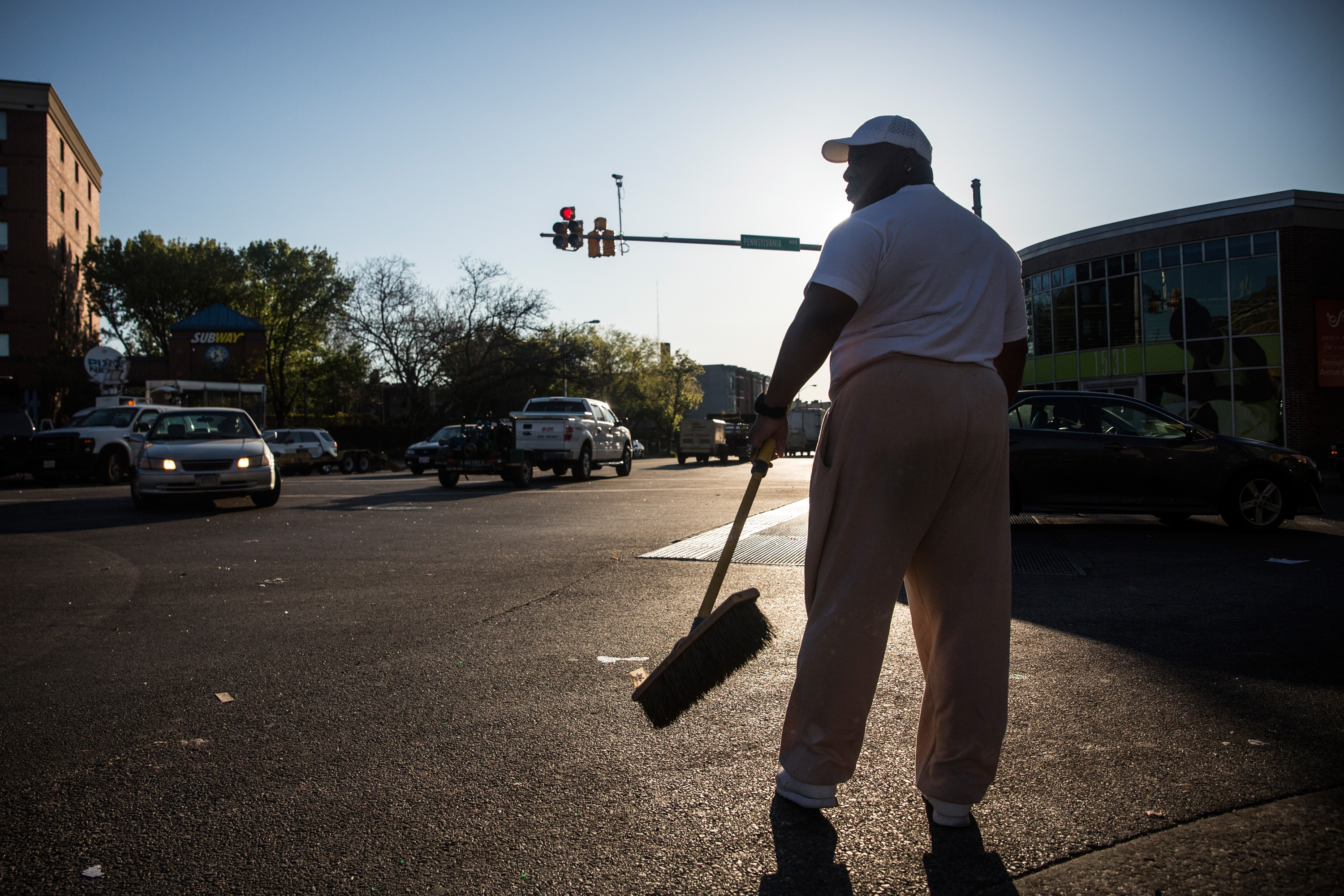 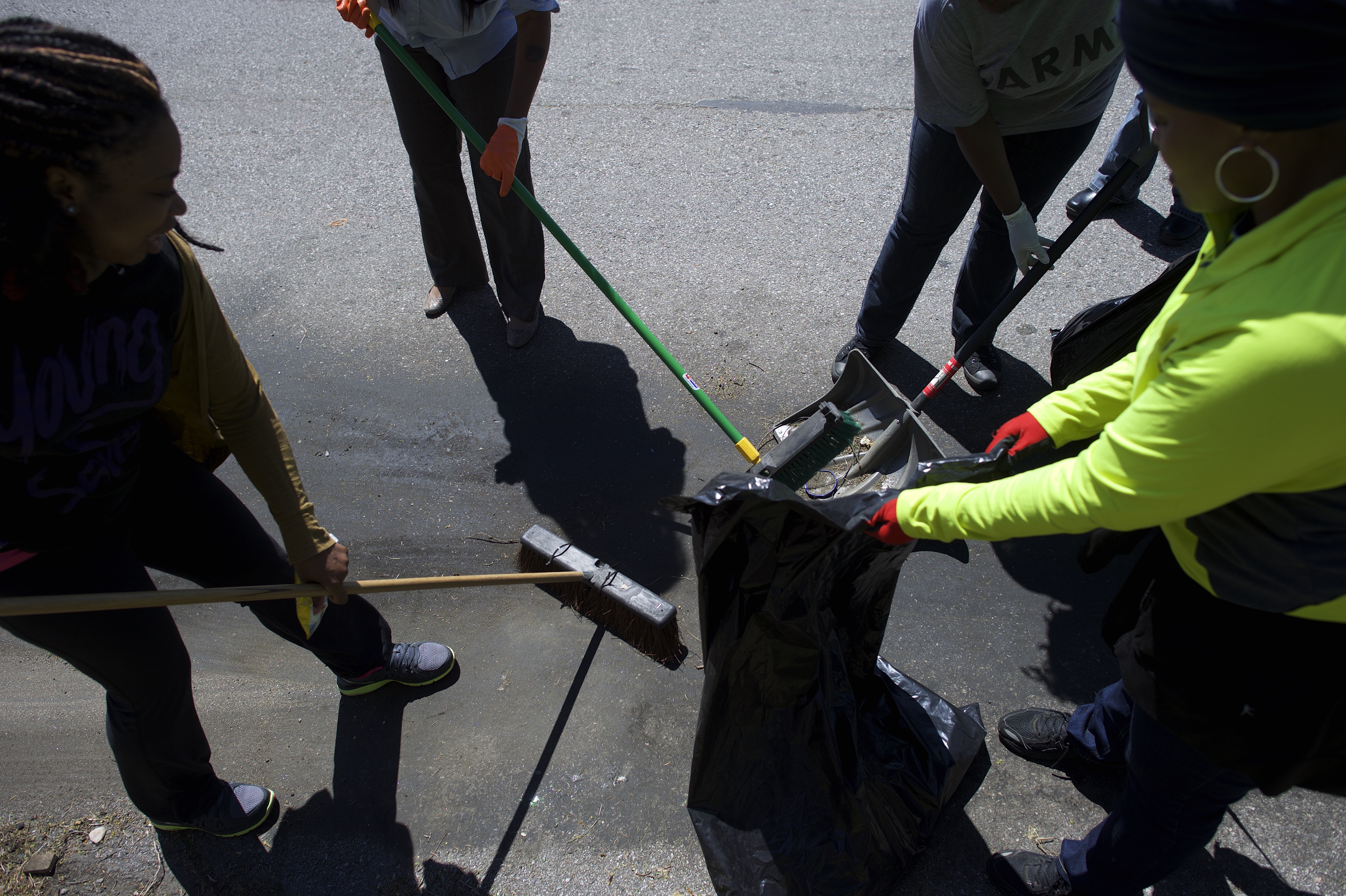 Baltimore has a 10 pm curfew Tuesday night to try to curb the violence. But as schools shut and the Orioles closed their baseball game to the public, the Baltimore Sun reported that people from all over the city went toward the center of Monday night's violence, not away from it, wanting to do something — anything — to help.