Buildings in the aftermath of the earthquake in Nepal. (Bulent Doruk/Anadolu Agency via Getty Images)

The true devastation from the quake, which struck around noon, won't be known for some time, as rescue workers continue to wade through the rubble, particularly in the heavily populated Kathmandu Valley — where, according to the AP, building quality is often low. Home Ministry official Laxmi Dhakal has said the death toll will rise.

The AP reported that at 7.8, the initial earthquake was considerably more powerful than the one that devastated Haiti in 2010, and the same magnitude as the 1906 earthquake in San Francisco. But it falls bellow Nepal's worst recorded earthquake in 1934, which measured at 8.0 and ravaged the cities of Kathmandu, Bhaktapur, and Patan.

German climber Jost Kobusch posted horrifying footage of an avalanche that reportedly hit a Mount Everest base camp in the wake of the initial earthquake. In the video, someone says, "The ground is shaking," before a wall of snow overwhelms a camp with dozens of tents. Two people are shown taking cover from the avalanche as they're pelted by ice and snow. They then walk around, showing the remains of the leveled camp.

Avalanches killed at least 18 people and injured at least 61 more in Nepal over the weekend, the AP's Gurubacharya and Daigle reported. But Kobusch survived, according to CNN.

Beyond the toll on human life, disasters like this earthquake greatly strain impoverished countries like Nepal. The South Asian country's economy relies heavily on tourism from trekkers and mountain climbers, many of whom are attracted to Mount Everest, the highest mountain in the world.

A man stands in front of a building demolished by the earthquake in Nepal. (Omar Havana/Getty Images)

One week ago, experts warned Nepalese officials of the type of earthquake and aftershocks that hit the Asian country over the weekend. The AP's Seth Borenstein reported:

Just a week ago, about 50 earthquake and social scientists from around the world came to Kathmandu, Nepal, to figure out how to get this poor, congested, overdeveloped, shoddily built area to prepare better for the big one, a repeat of the 1934 temblor that leveled this city. They knew they were racing the clock, but they didn't know when what they feared would strike.

Seismologist James Jackson, head of the earth sciences department at the University of Cambridge in England, told the AP that he didn't expect such a huge earthquake to hit so soon, but experts were warning that something like it was possible.

Not only is Nepal on top of a natural seismic fault, but local infrastructure is so poorly built to resist earthquakes that the tremors can lead to far more casualties than they would in other places across the world. US Geological Survey seismologist David Wald estimated to the AP that the same level of severe shaking would lead to 10 to 30 deaths per million residents in California but kill 1,000 or more in Nepal and up to 10,000 in parts of Pakistan, India, Iran, and China.

"They knew they had a problem," Hari Kumar, southeast Asia regional coordinator for GeoHazards International, which works on global earthquake risks, told the AP, "but it was so large they didn't where to start, how to start."

More photos of the devastation and its aftermath 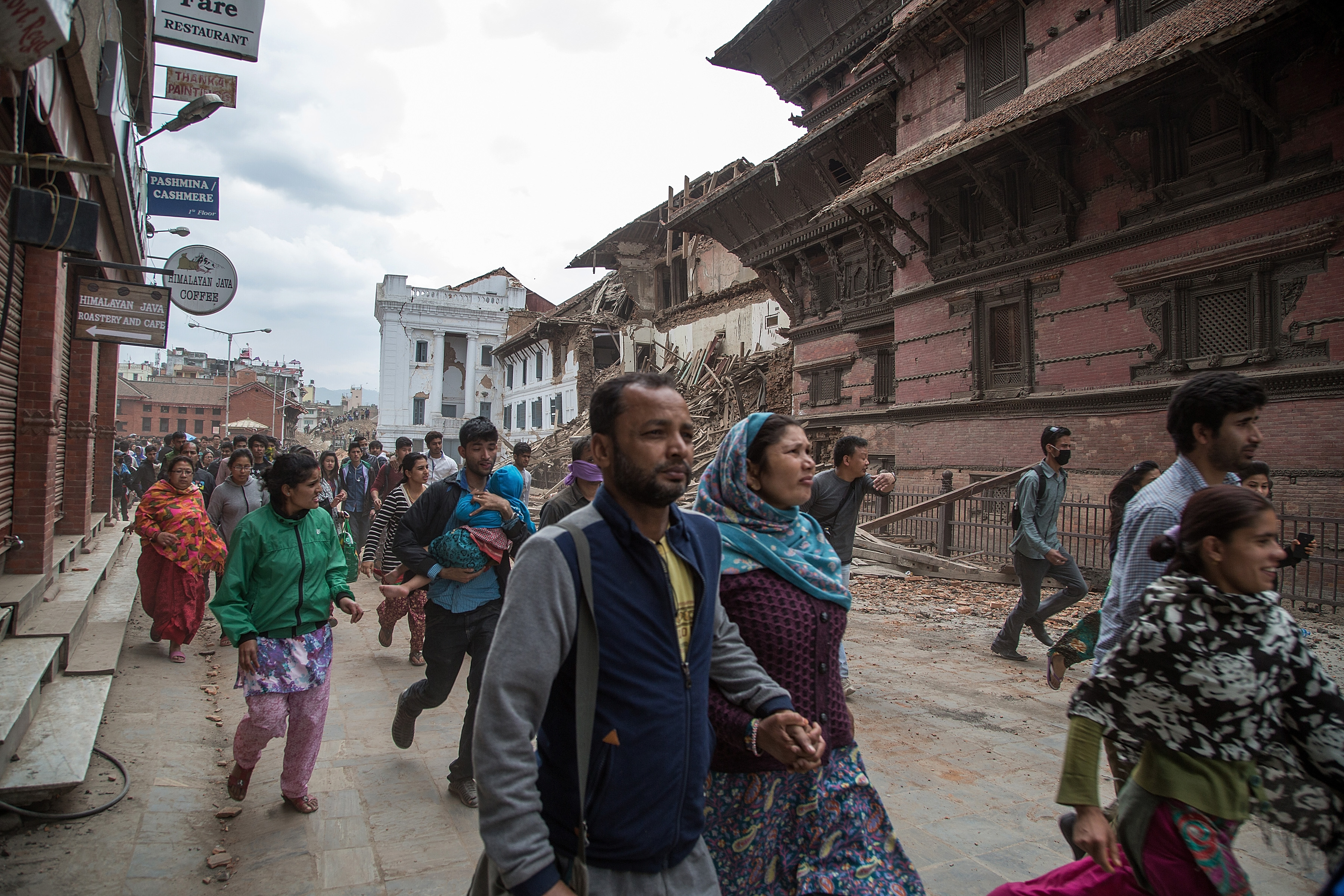 Residents in Kathmandu run to shelter after an aftershock. (Omar Havana/Getty Images) 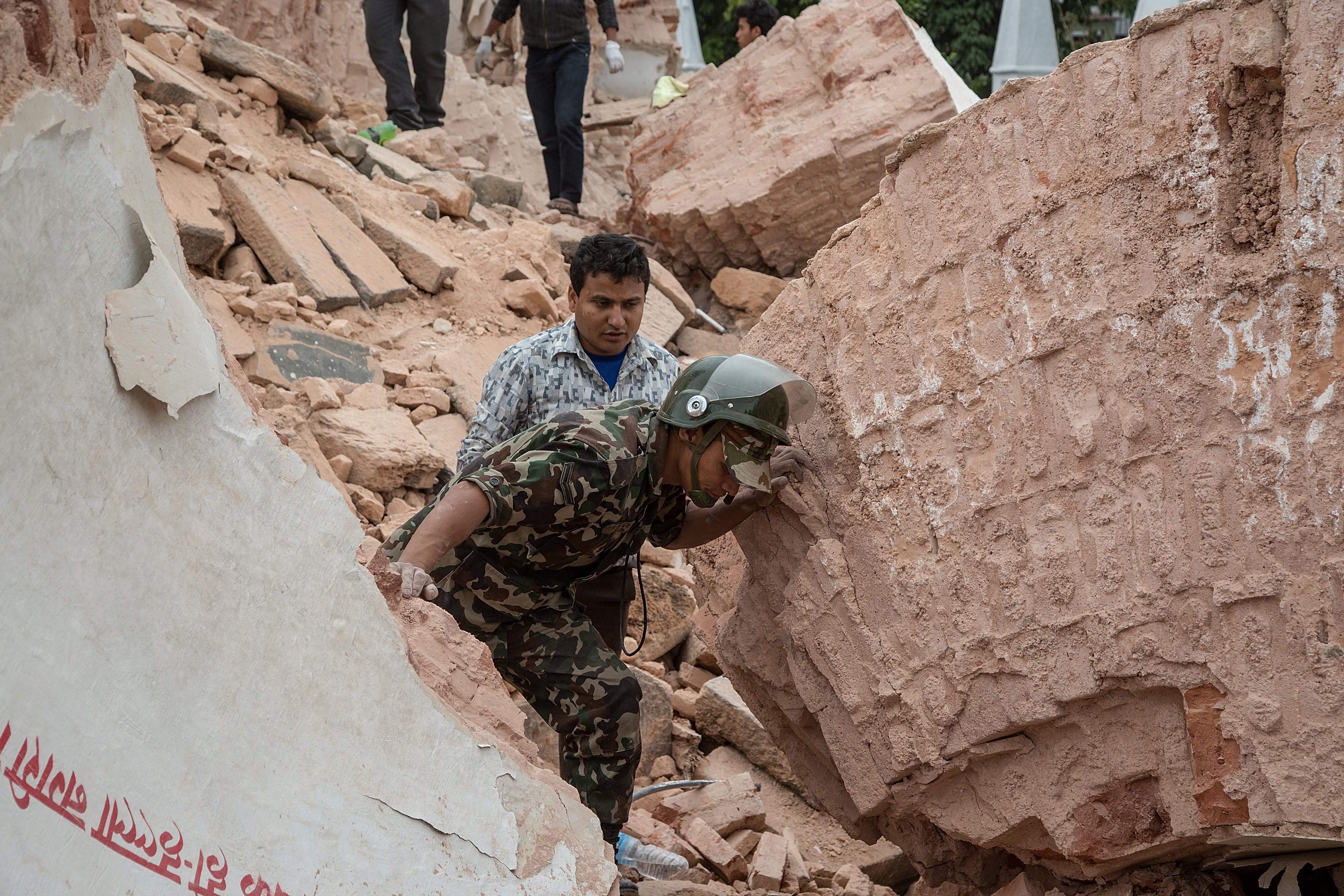 Rescue workers at the historic Kathmandu landmark Dharahara Tower, which collapsed in the quake, look through the rubble. (Omar Havana/Getty Images) 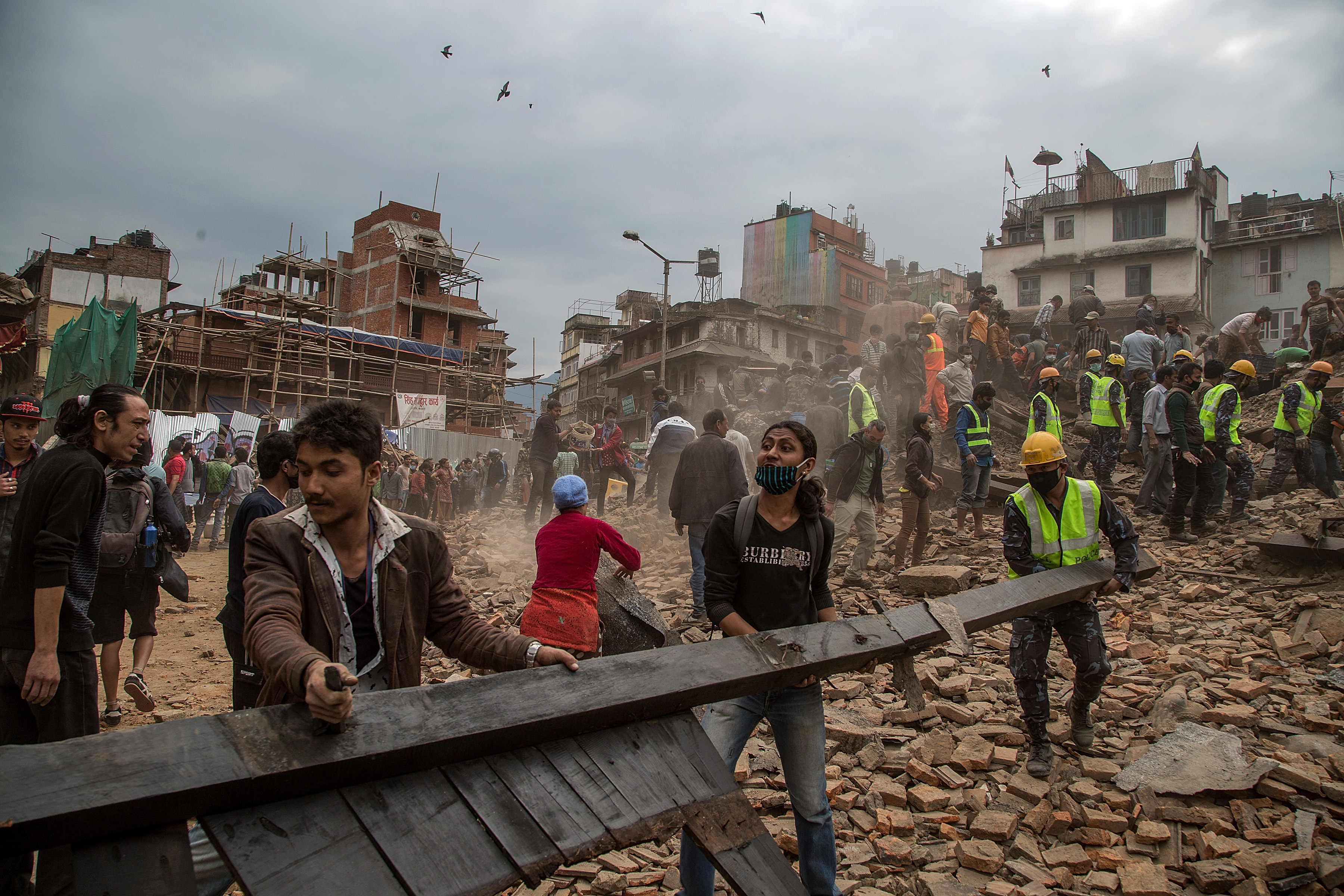 Nepalis set up tents in the aftermath of a massive earthquake. (Bulent Doruk/Anadolu Agency via Getty Images)

Watch: What a 6-magnitude earthquake does in China vs. the US

How are floods and droughts happening at the same time?

Where in the world are Russians going to avoid sanctions?

What we know, and don’t know, about the FBI’s raid on Donald Trump