Share All sharing options for: The Hubble telescope's most iconic image, explained

In April 1995, the Hubble Space Telescope — which was launched into orbit exactly 25 years ago — took its most iconic image: the Pillars of Creation. These gigantic towers of dust and gas, 7,000 light years away, are named because the immense force of gravity causes them to condense into clumps of matter that will become new star systems. In fact, billions of years ago our own solar system may have been born through the same process — so when you look at this upgraded 2014 version of the image, you're also looking back at the very distant history of Earth.

Click or hover over the icons in the image to learn more about the Pillars of Creation. 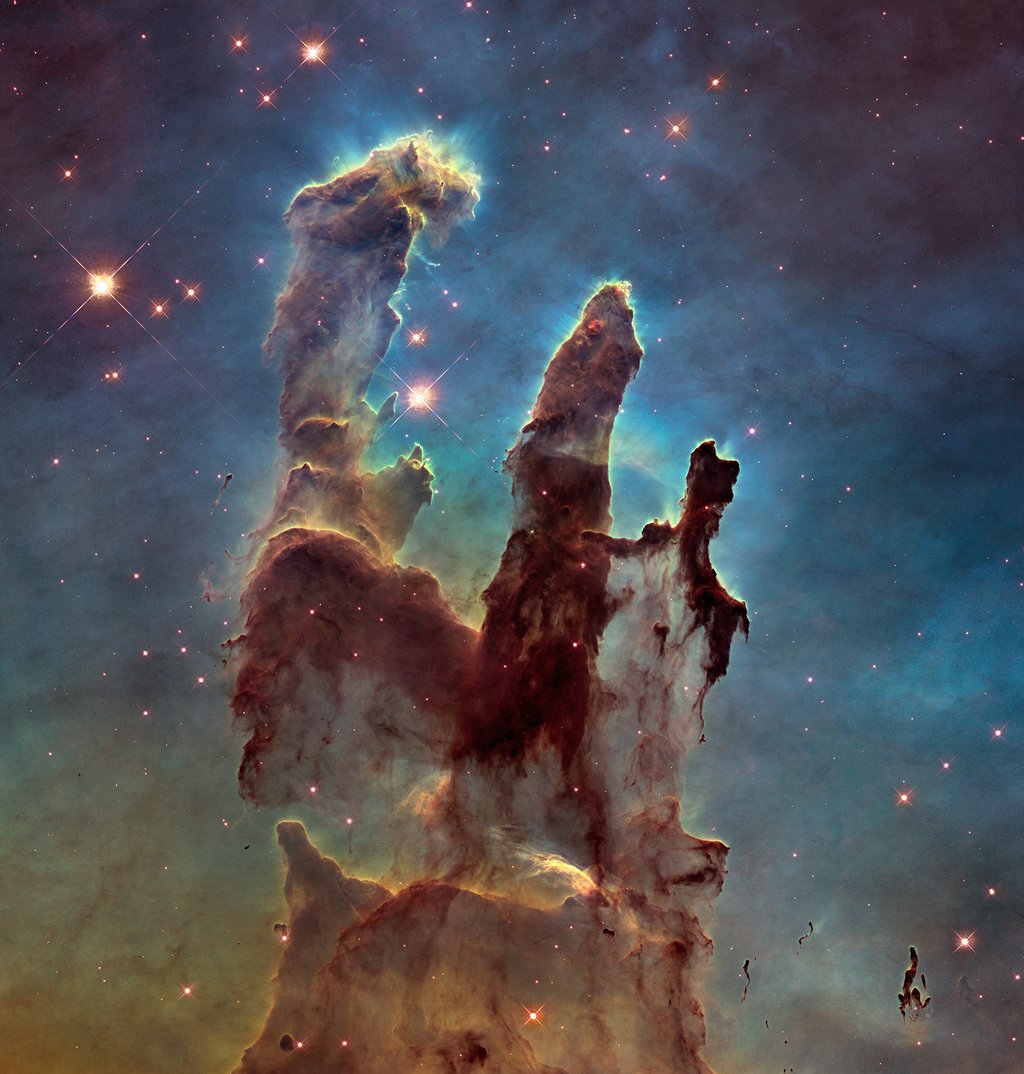 Because the Hubble was originally designed to be serviced by human astronauts aboard the Space Shuttle (which has since been retired), its lifetime is limited. Without repairs, it'll slowly deteriorate, and unless NASA plans a mission to lift it back up into a higher orbit it'll eventually dip lower and lower before crashing into the Earth around 2037.

But the good news is that in 2018, the James Webb Space Telescope will be launched into space and will replace the Hubble as the most powerful space telescope ever. Scientists will use it to study all sorts of distant phenomena — including the early stages of the formation of the universe and potentially habitable exoplanets that may even contain life.