One of the stranger conservative tax talking points is the claim that the tax code is somehow unfair to rich people, who are unduly burdened by the progressive income tax. "The top 10 percent pay two-thirds of the income tax," the Heritage Foundation's Stephen Moore notes in a representative piece. "And the bottom 50 percent — all Americans with an income below the median — pay just 3 percent of the income tax." Sen. Rand Paul (R-KY) made a similar argument in his 2013 and 2014 budgets, which included a flat tax to make "the system more efficient and fair by broadening the tax base, letting everyone contribute to their government instead of a few people contributing for everyone."

Leaving aside the fact that this is exactly how a progressive tax system is supposed to work, this analysis has a big conceptual flaw: it only focuses on federal income taxes. That's not the biggest part of most families' tax bill — most pay more in payroll taxes for Social Security and Medicare, for example. And it also leaves out state and local governments, which tend to rely heavily on regressive sales and property taxes. Citizens for Tax Justice, a left-leaning tax policy shop with a strong reputation for careful modeling, puts out an annual report looking at how much Americans pay in all taxes put together. It reveals a tax code that, while still progressive for low earners, hits the uber-rich and the upper middle class at roughly the same rate: 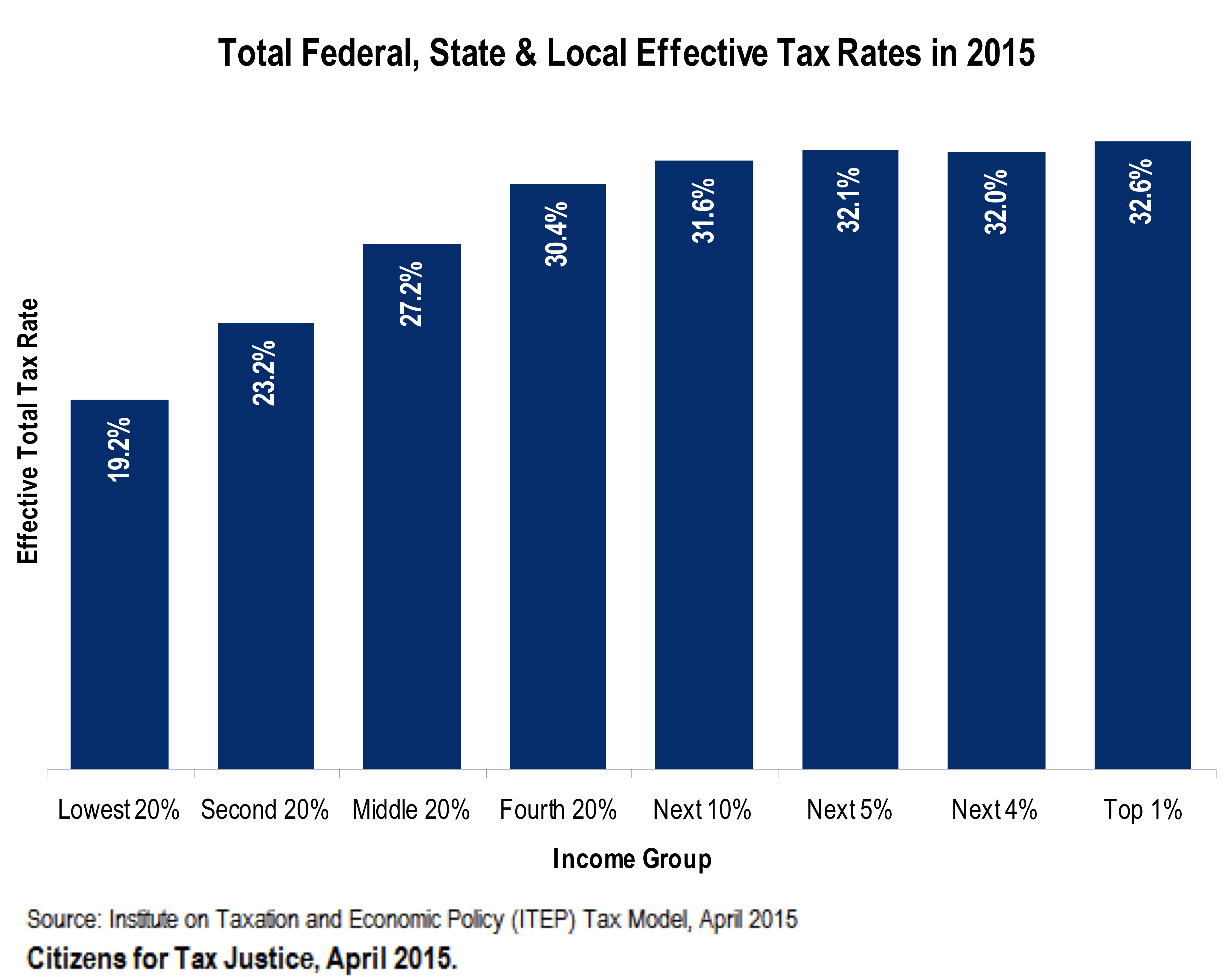 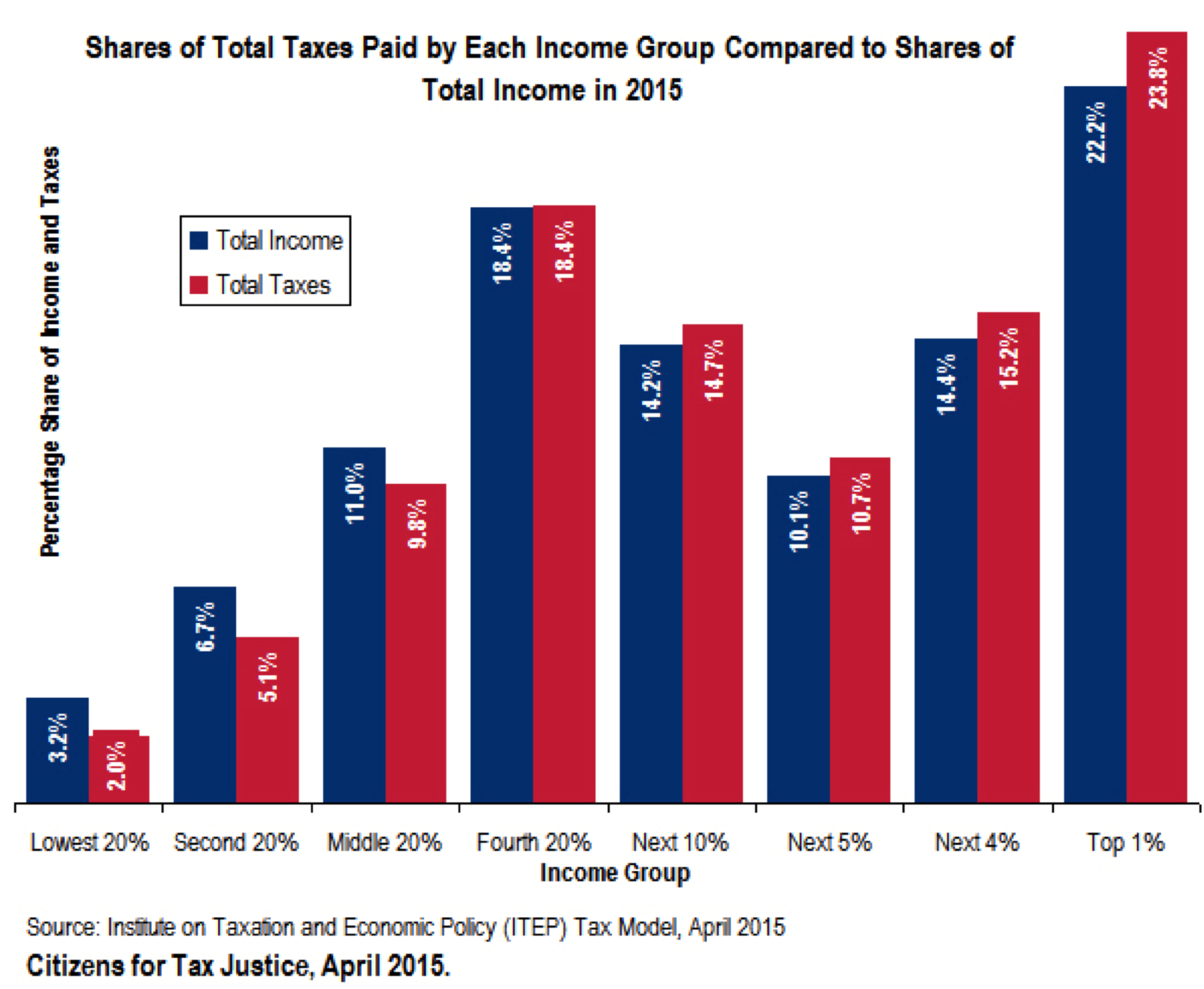 WATCH: 'We have the tools to end poverty'